The King Abdullah Financial District Metro Station is an impresstion futuristic architecture designed by Zaha Hadid Architects that extends beyond the simple station typology to emphasize the building’s importance as a dynamic, multi-functional public space; not only an intermediate place perceived through quick transitions, but also a dramatic public space for the city. 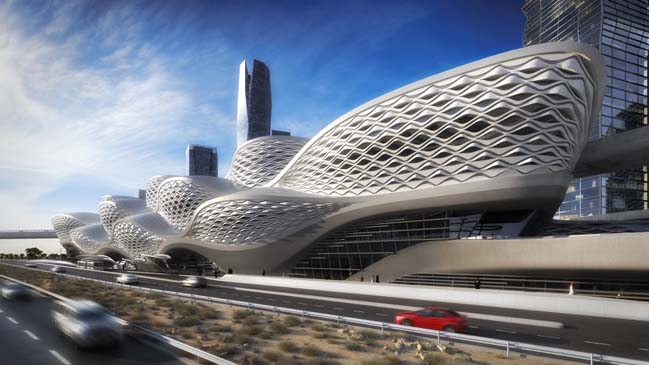 From the archtiects: The design places the station at the centre of a network of pathways, skybridges and metro lines envisaged by the KAFD master plan. Connectivity diagrams and traffic across the site have been mapped and structured to clearly delineate the pedestrian routes within the building, optimize internal circulation and avoid congestion. The resulting configuration is a threedimensional lattice defined by a sequence of opposing sine-waves (generated from the repetition and frequency variation of station’s daily traffic flows) which act as the spine for the building’s circulation. These sine-waves are extended to the station’s envelope and strictly affiliated to its internal layout, translating the architectural concept to the exterior. 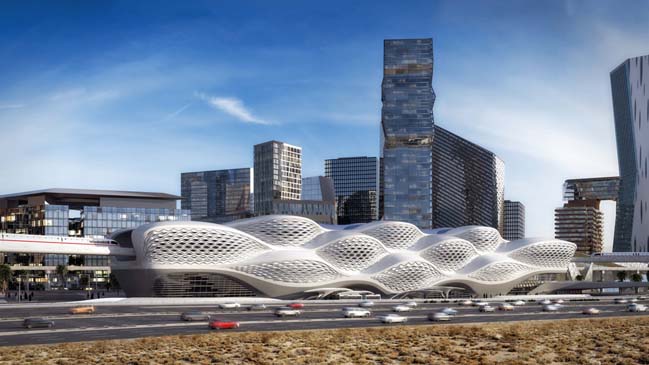 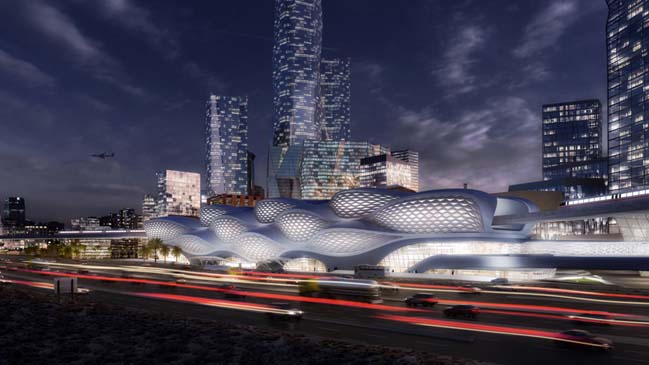 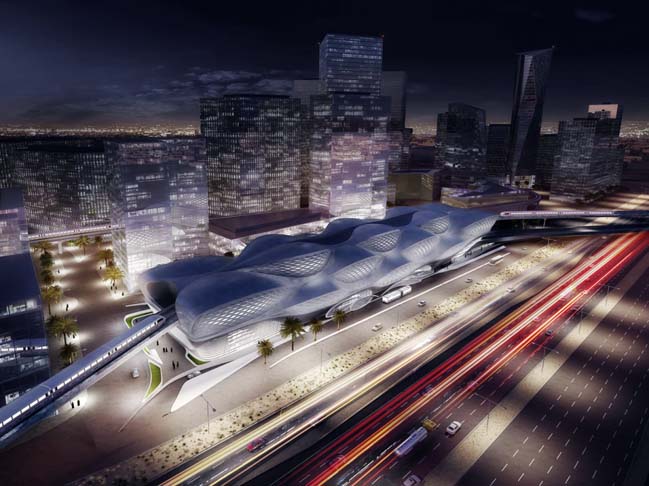 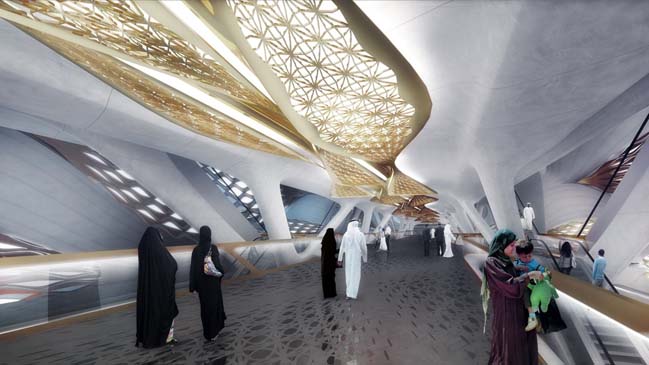 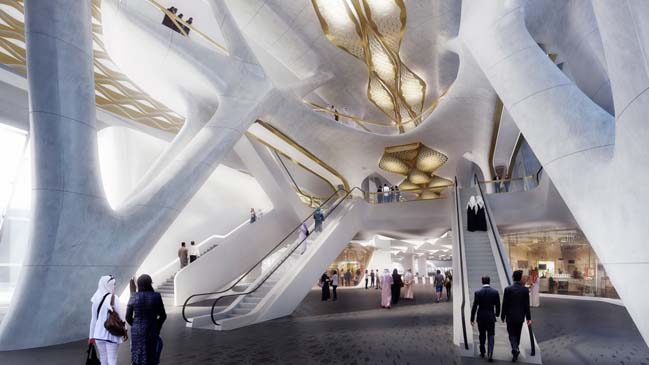 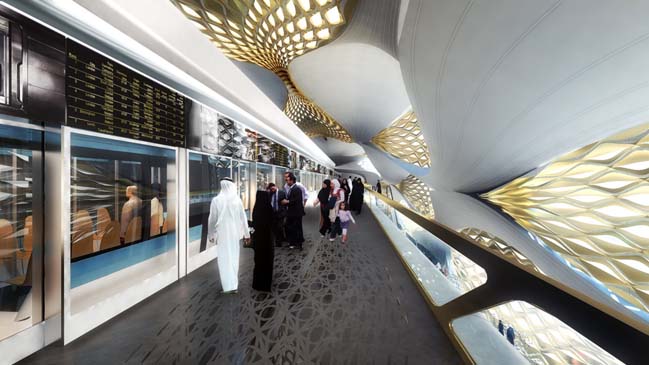 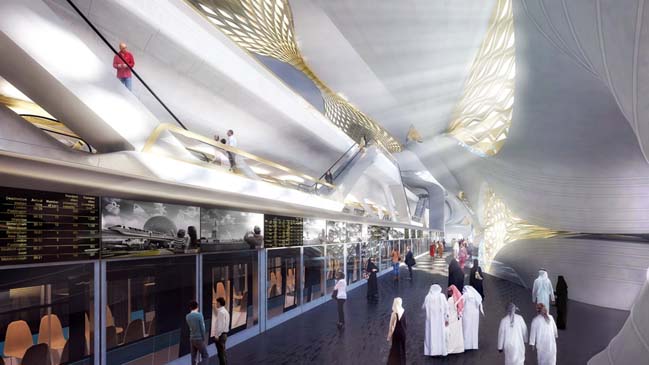 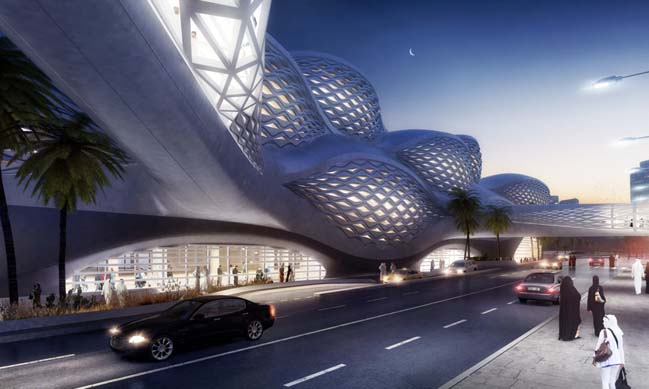