The Miller Kendrick Architects's wining concept has been completed the build of a pop-up hotel cabin located at Castell y Bere, Wales. 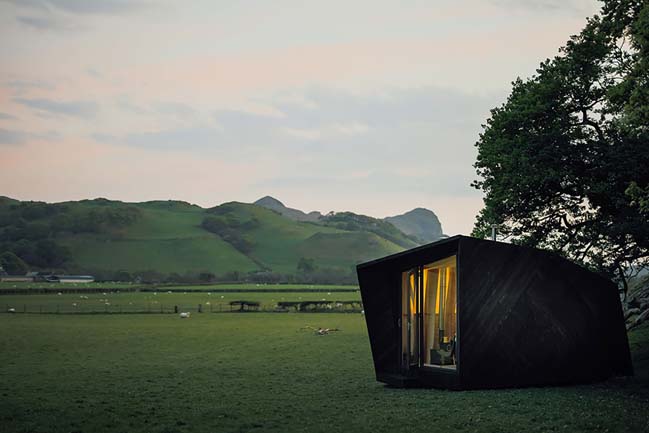 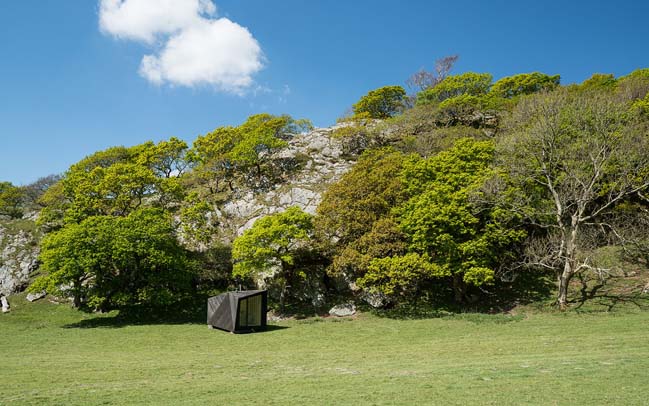 From the architects: The cabin, known as ‘Arthur’s Cave’, was one of eight winning entries for Epic Retreats – a project part funded by the Welsh Government’s Tourism Product Innovation Fund. The cabin will be featured as part of Channel 4’s ‘Cabins in the Wild with Dick Strawbridge’ documentary series, with the first of four episodes due to air on Sunday 21st May. 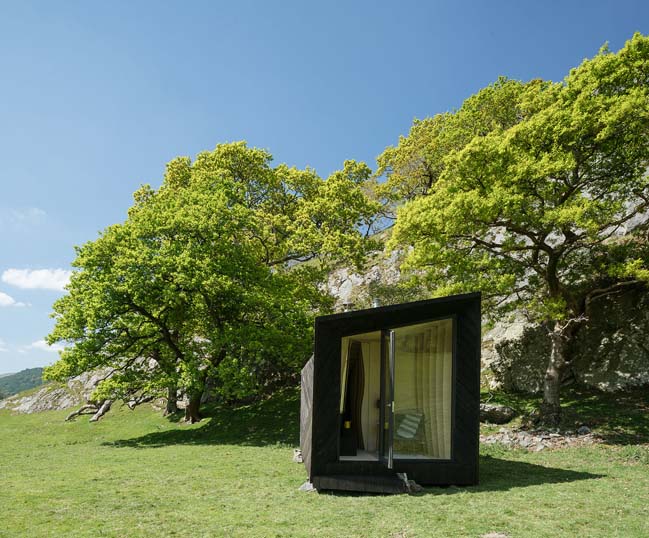 The design takes its inspiration from the ancient landscape of Wales but utilises modern construction techniques. The structure is a combination of CNC-cut birch plywood ribs and sheathing panels, which act together to form a composite structure. The structural ribs are comprised of either three or five individual sections of plywood, tightly fitted together using ‘jigsaw’ joints with a high degree of tolerance. As a single internal material, the plywood provides both structure, finish, fixtures and fittings – including a plywood sink and bath. The faceted envelope is clad in locally-sourced Welsh larch boards stained black, with sheep’s wool insulation part-filling the cavity. 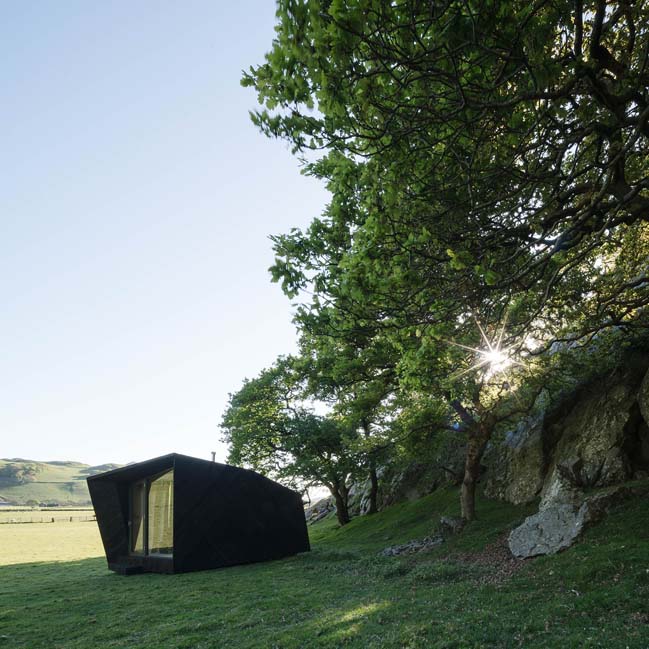 Wherever possible the project has sought to use locally sourced materials. The sheep’s wool insulation is from Ty-Mwar. The green larch cladding is from Esgair Forest who’s saw mill is adjacent to the site in the neighbouring village of Machynlleth. The cabin is heated via a small log burner, has hot and cold water, LED lighting powered via photovoltaics and a self composting WC. 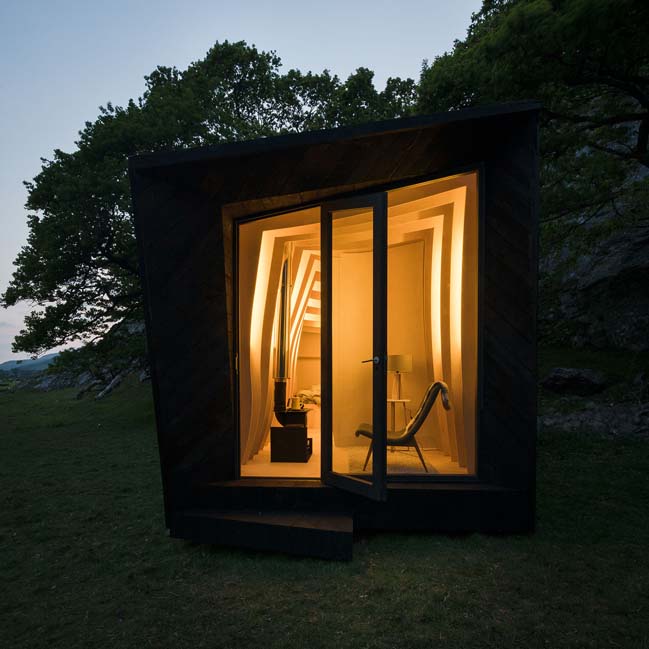 The construction of the cabin took four weeks to complete. The build was managed and built by EJ Ryder Ltd, who also assisted in the detailed design and provided expert knowledge of plywood construction and prefabrication techniques. The cabin was built with the Burford Farm Project in Shepton Mallet. The structural engineers were Momentum Engineering, London, and the cost consultant was PMP Consultants, Birmingham. CGI’s by Litrix. 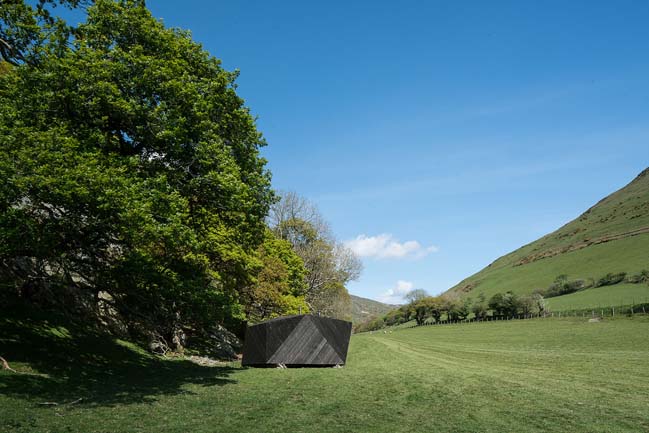 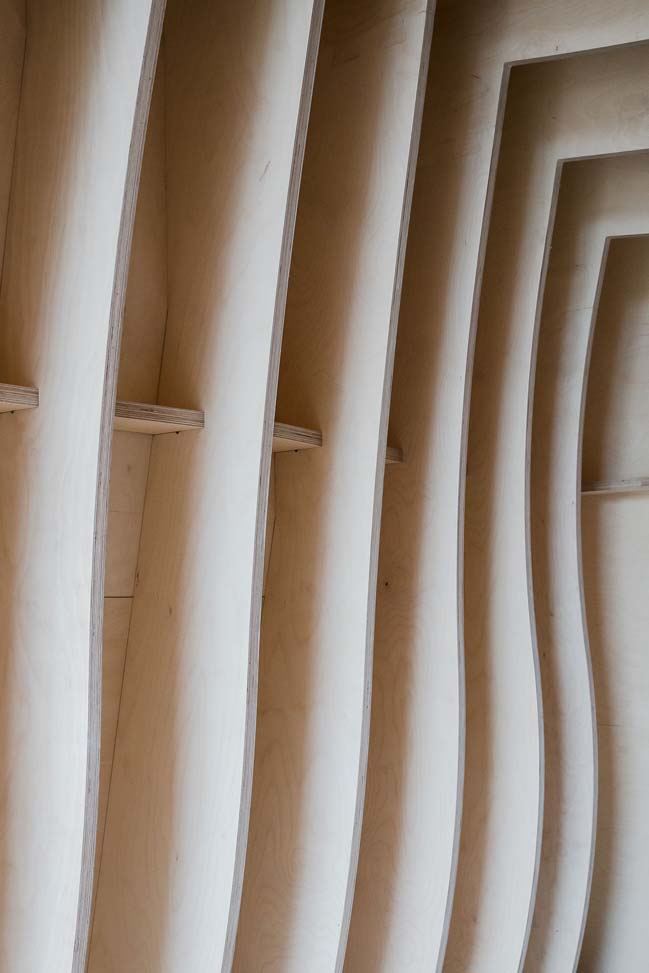 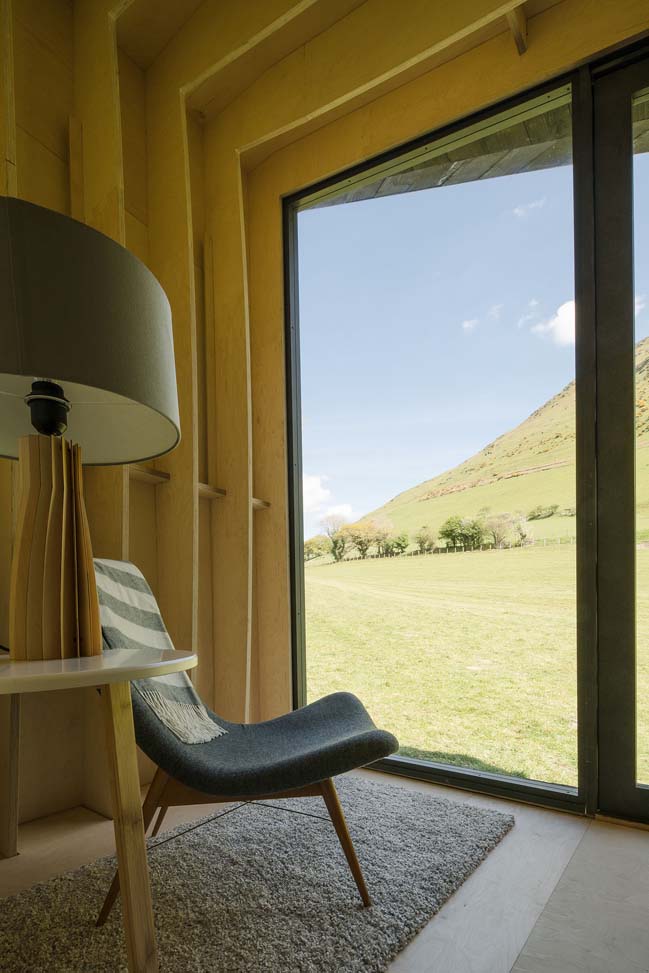 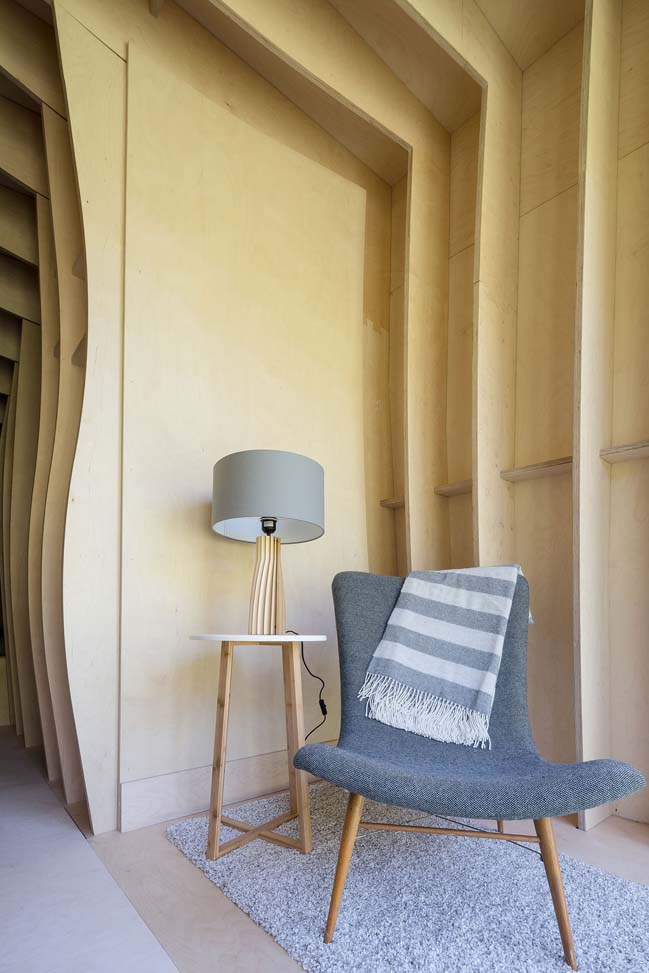 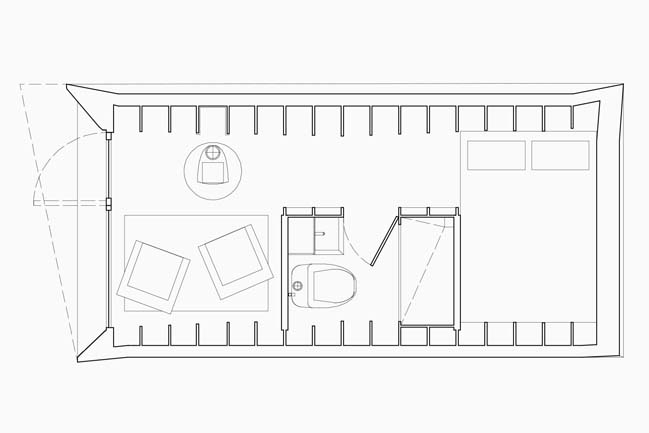 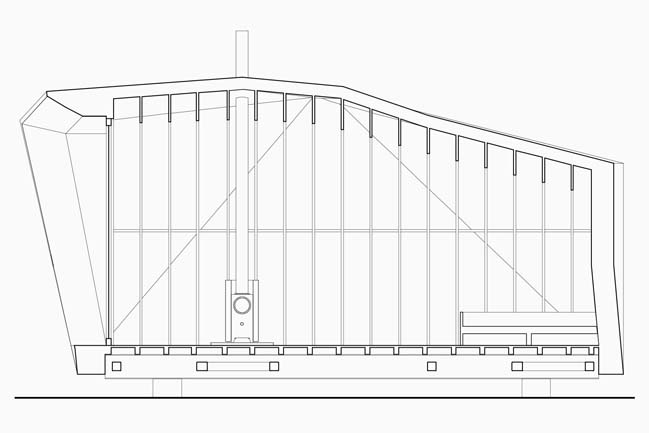 06 / 01 / 2017 The Miller Kendrick Architects's wining concept has been completed the build of a pop-up hotel cabin located at Castell y Bere, Wales