Driftscape is an amazing futuristic architecture concept for a mobile, self-sustaining hospitality through the use of drone technology. The project was designed by the Toronto office of global architecture firm HOK and earned the grand prize in the 10th Annual Radical Innovation Award competition. 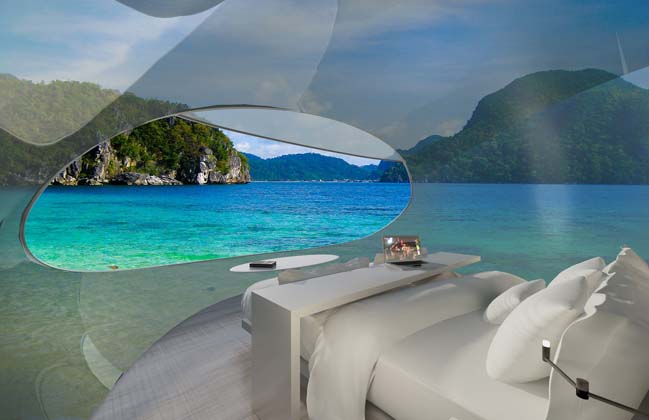 Project's description: Driftscape allows guests to roam or touch down in diverse locations that were previously unattainable at traditional hotels. Inspired by the fundamental human urge to wander, Driftscape hotels are made up of several modular glass units for ease of construction and mobility. Components include the “Oasis,” featuring operational and community units with a food and beverage element, and the “Driftcraft,” a single volume guest room unit that provides 360-degree views to the outside world and is fitted for untethered excursions of two to three days. Driftcraft is designed to leave minimal impact on sensitive environments, preserving the integrity and authenticity of the experience. 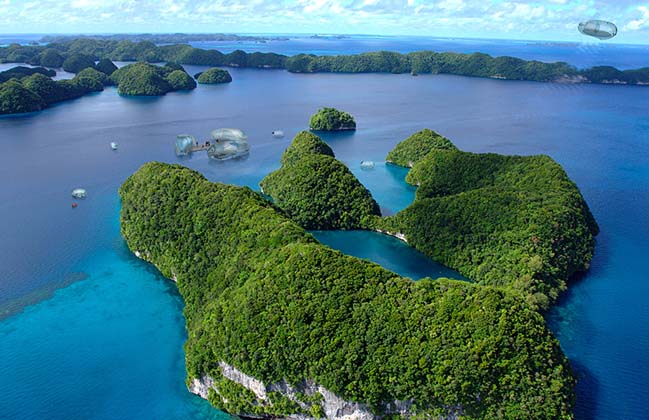 HOK was one of two professional finalists that presented innovative concepts to a live audience of hospitality experts, designers, developers, investors and owners at the October 5 Radical Innovation Award event in New York City. The awards jury and audience posed questions designed to test each concept’s feasibility for future development. Audience members then voted for the idea they believed had the power to transform the hotel industry. 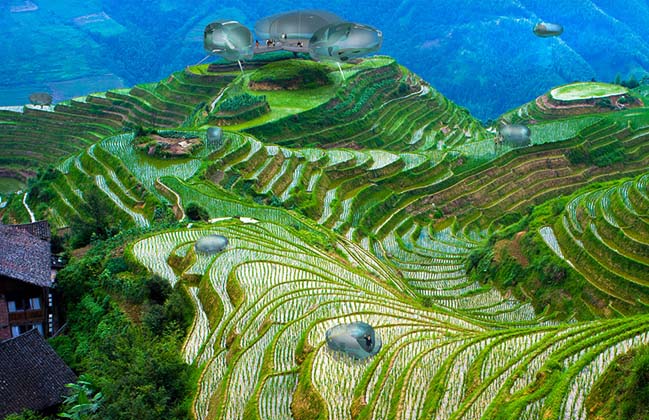 As grand prize winner, HOK earned the opportunity to have the Driftscape idea further developed in the marketplace. 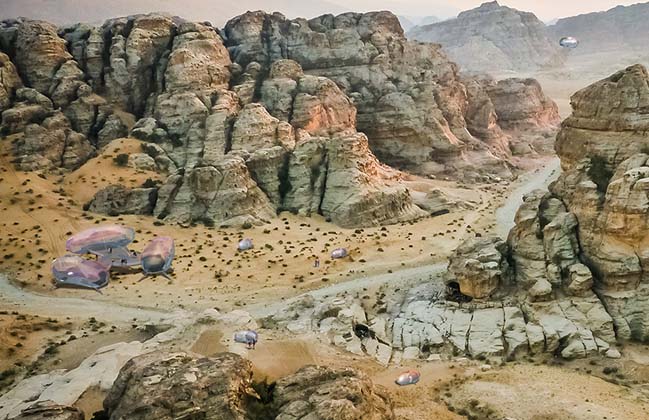 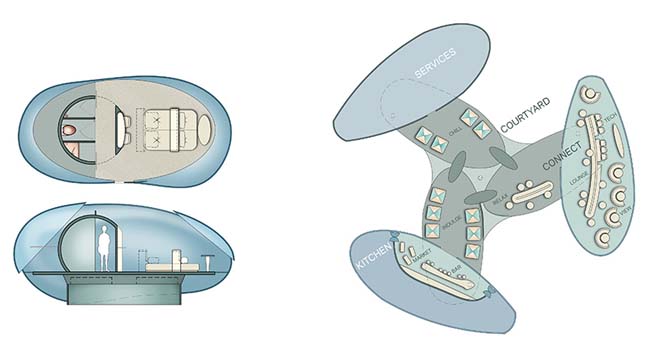 10 / 10 / 2016 Driftscape is an amazing futuristic architecture concept for a mobile, self-sustaining hospitality through the use of drone technology