Hidden in the underground of the Madrilenian neighborhood "Barrio de Las Letras" (today a neuralgic point of the city), under a refurbished palace of the eighteenth century where Hotel Axel Madrid is located, El Equipo Creativo finds two vaulted spaces built in brick. It is in this provocative and secret location, where the Bala Perdida (Lost Bullet) Club is located. 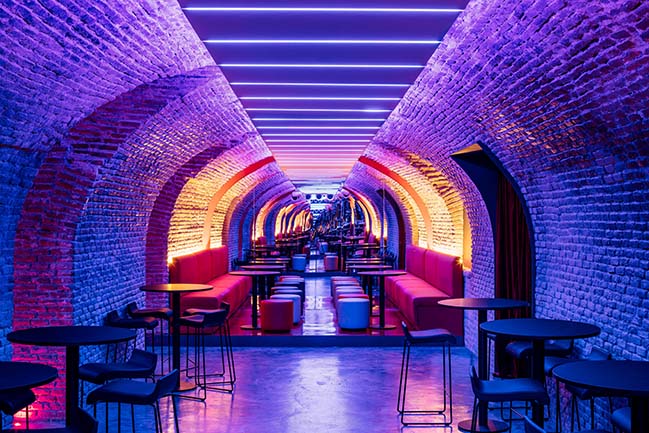 From the architect: We had two main design premises. On the one hand the singularity of the existing space, with two subterranean dark vaults built in brick, as antique caves or cellars. On the other hand , the proposed venue, a night club that should have the versatility to work as a snack and cocktail bar, where a fast mutation would happen at some point of the night and the general scenery would quickly switch from a warm atmosphere into a lysergic dance floor.

This need of transformation and that kind of clandestine atmosphere made us think of a space with a close relation to mystery where we could not omit the magic and the optical illusions. 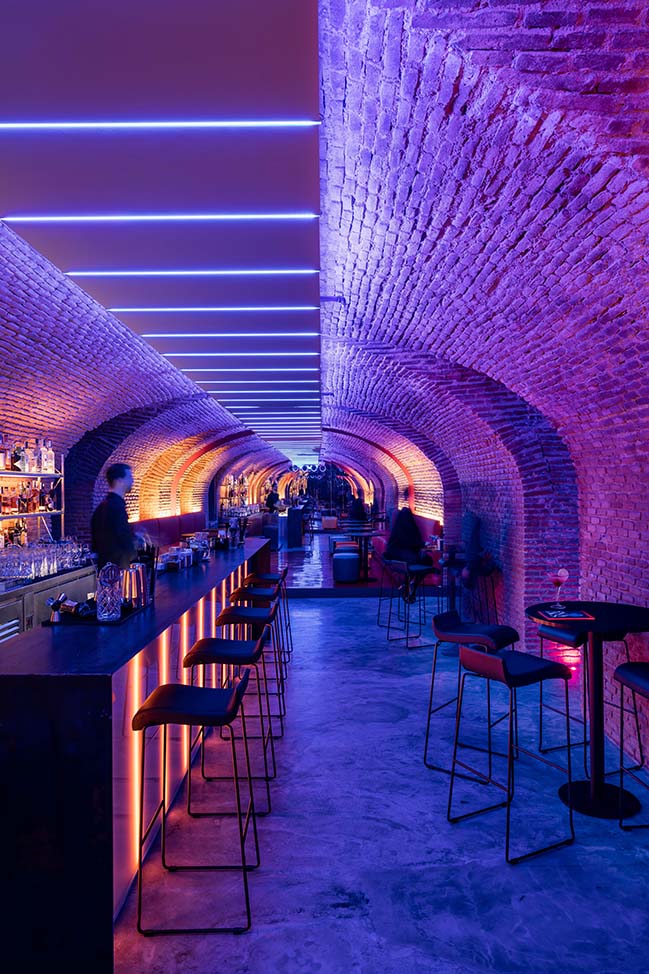 The key aspect of the project was the use of two protagonist elements. On one hand, the mirrors, which were placed on both ends of each vault, producing an optical illusion known as the “endless mirror”. When facing two mirrors, the reflection of one on the other makes the reflected image, the image of the vault, become infinite. This effects make the vaults turn into endless tunnels. 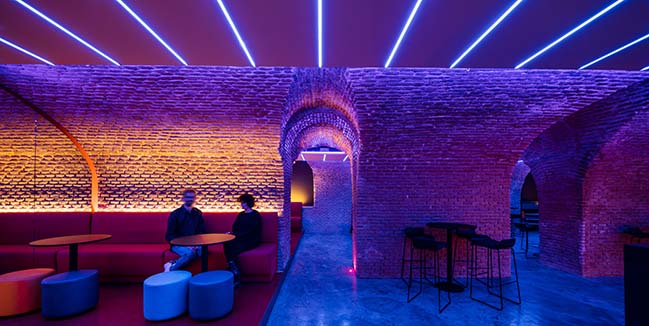 Another highlight is the changing lighting. Therefore, being light and color a protagonists to the project. At the axis of the two vaults we proposed two longitudinal dynamic led lamps casted among the suspended acoustic panels that change speed and color depending on the different scenes at the venue. Also, the drink-bar works as a lamp itself, providing an warm fire toned light that serves as a basis for the playful lights in the surfaces of the vaults. 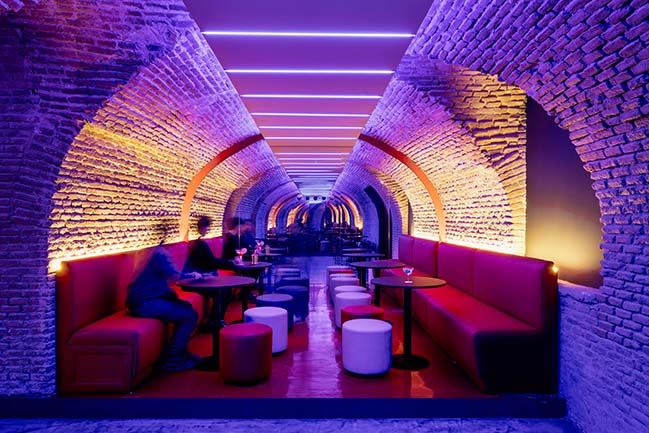 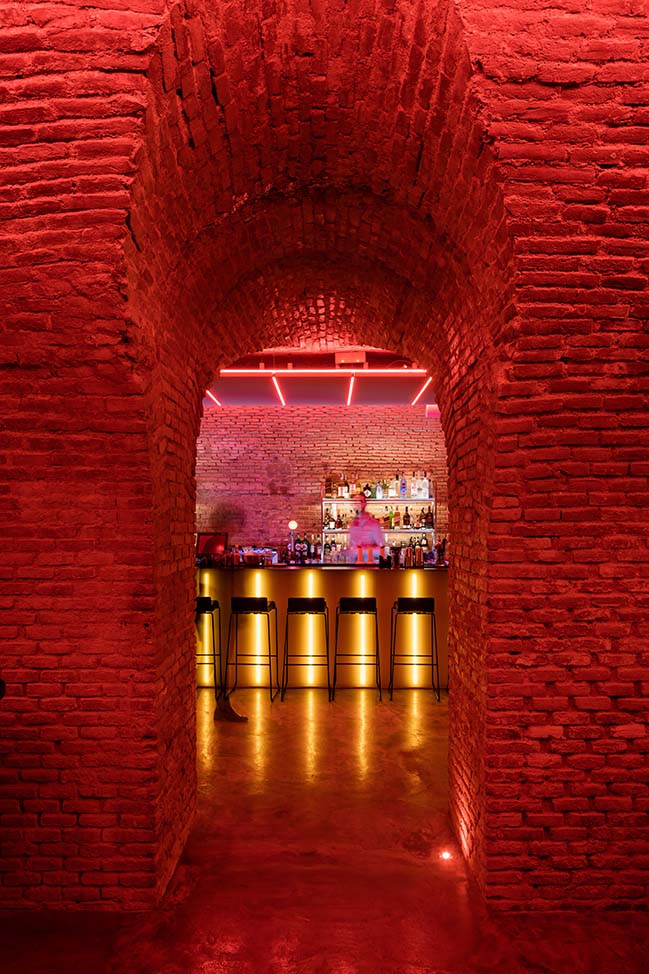 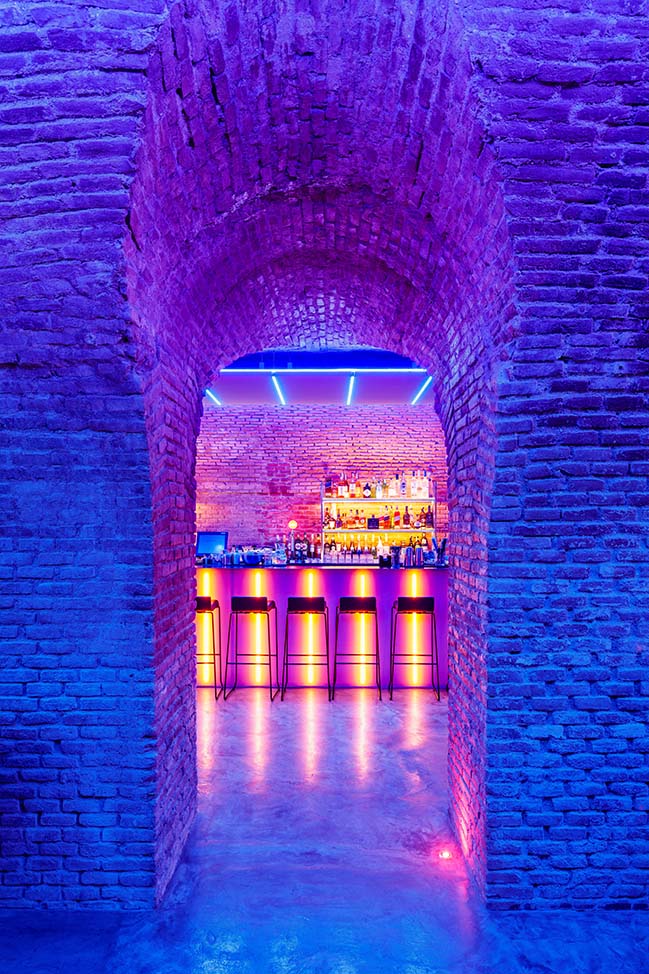 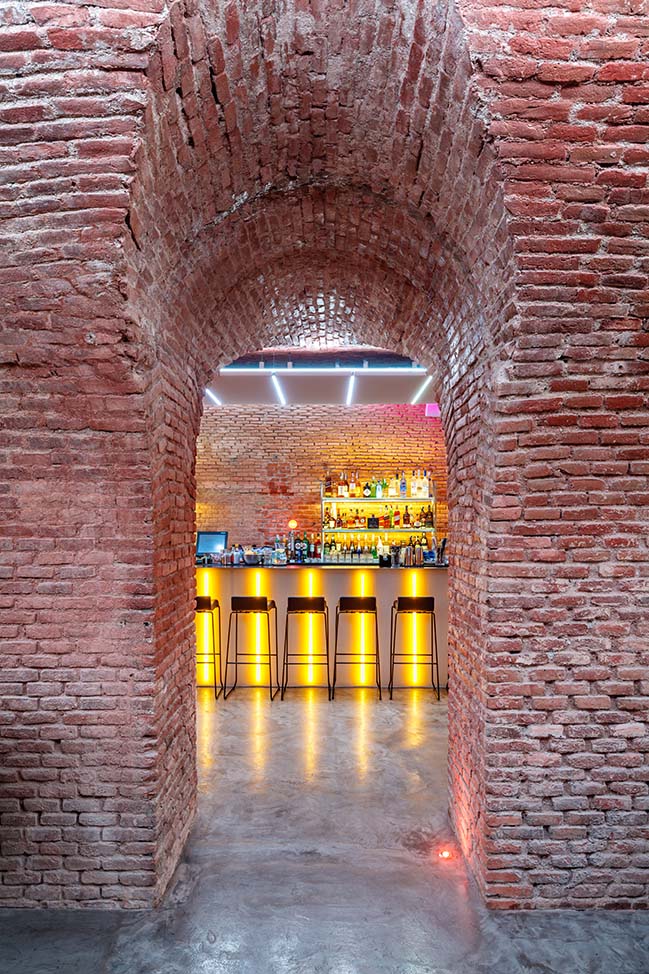 04 / 05 / 2018 Hidden in the underground of the Madrilenian neighborhood Barrio de Las Letras, under a refurbished palace of the eighteenth century where Hotel Axel Madrid is located