Architect Karim Nader’s mission to establish a dialogue between heritage and modernity in contemporary Beirut finds a new opportunity of expression in his intervention for the Banque du Liban CMA building. 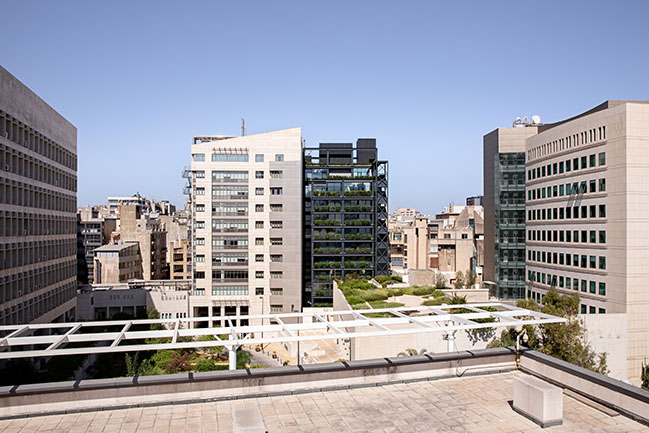 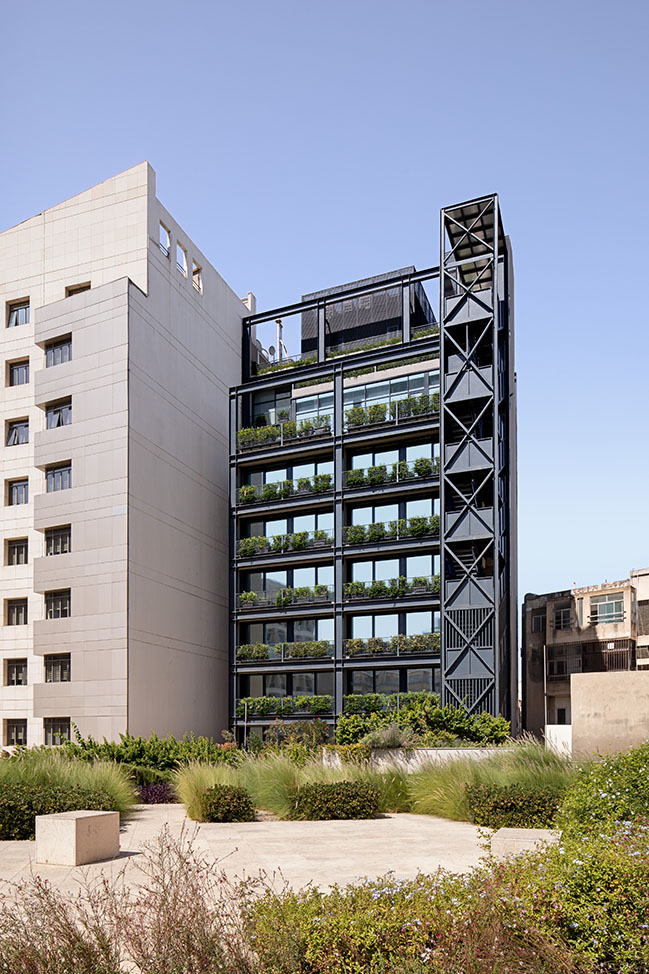 From the architect: As seen in his ongoing project for Immeuble de l’Union in Beirut, Karim Nader Studio - this time in partnership with Blankpage Architects and ESI (Engineered Systems International) - is currently committed to a new renovation-as-reprise intervention, also aimed at preserving the architectural heritage of the city. 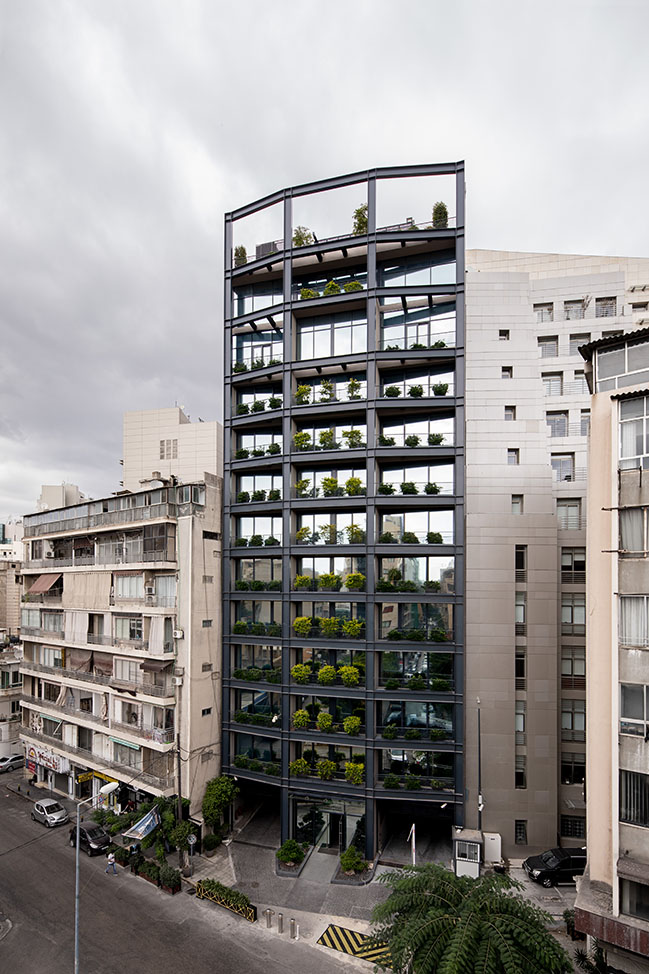 Attempting to save a Banque du Liban on-campus building from demolition while readjusting it to today’s security and anti-seismic standards, the  Banque du Liban CMA project (Capital Market Authorities head offices) expresses itself as a steel armor that operates as a reinforcing exoskeleton and new consolidated image. Black and stark, only counter-balanced by touches of greenery, it seeks to express the central bank’s values of security, strength and stability within a contemporary language.

A modernist neighborhood - Located at the end of Souraty street on the intersection with Rue de Rome, the project is framed by two modernist icons: the Interdesign building by Khalil Khoury in Rue Clémenceau and the Banque du Liban main building by Addor et Julliard in Hamra. Trying not to be intimated by such heavy heritage, the proposal gently interprets the genetic code of its modern and brutalist neighbors. The prominent location at the end of the Souraty axis allows for a clear perspective towards the building from quite a distance, which is unusual for the areas of Hamra and Clemenceau with their moderately narrow streets. Therefore, a new facade for BDL other than the main one on Hamra street is now envisaged. 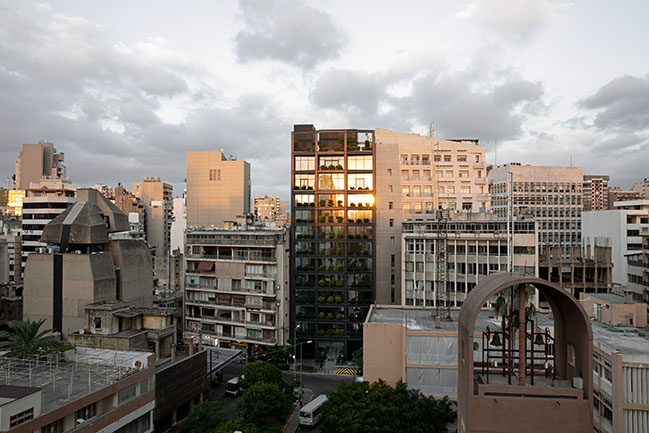 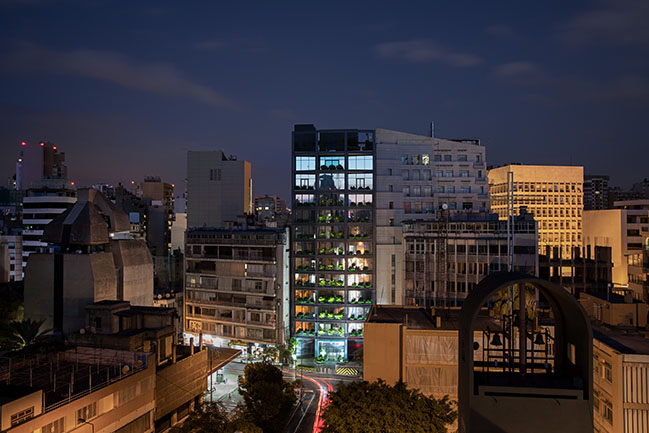 A seamless continuity with contemporary language - The final composition, with its almost absolute rhythms, gridded balustrades, sporadic vegetation and extended glazing evokes contemporary messages of security, naturalness and transparency while insisting on the modern values of rigor and repetition, albeit reworked in black steel and bent sideways in a discrete homage to the faceting of Khoury’s concrete sculpture nearby. On the other side, similar ideas unfold, this time in a less animated composition that merges with the vegetation and calm of the BDL campus within. 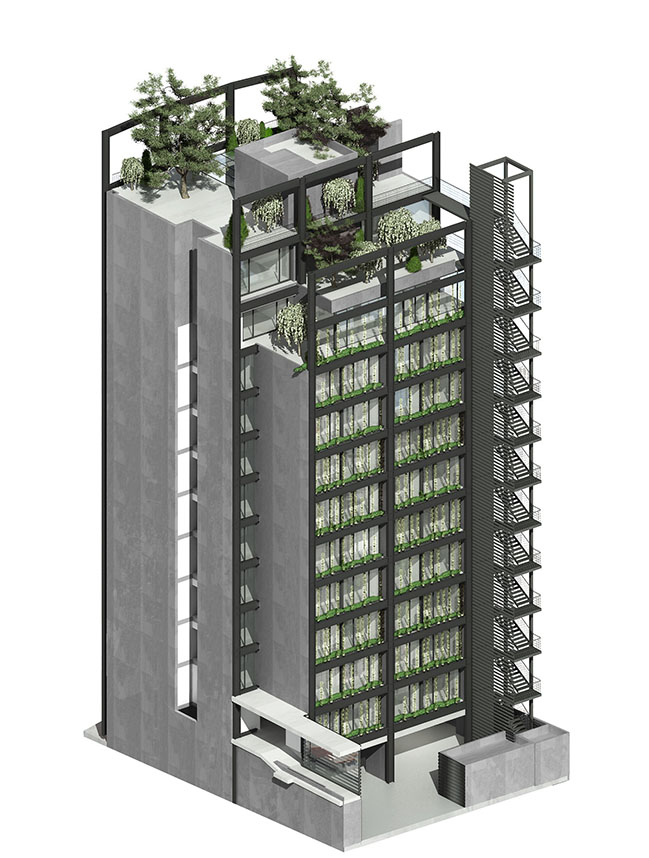 YOU MAY ALSO LIKE:
> Office building near Paris by Atelier du Pont
> Green Office® ENJOY building in Paris by Baumschlager Eberle Architekten and SCAPE 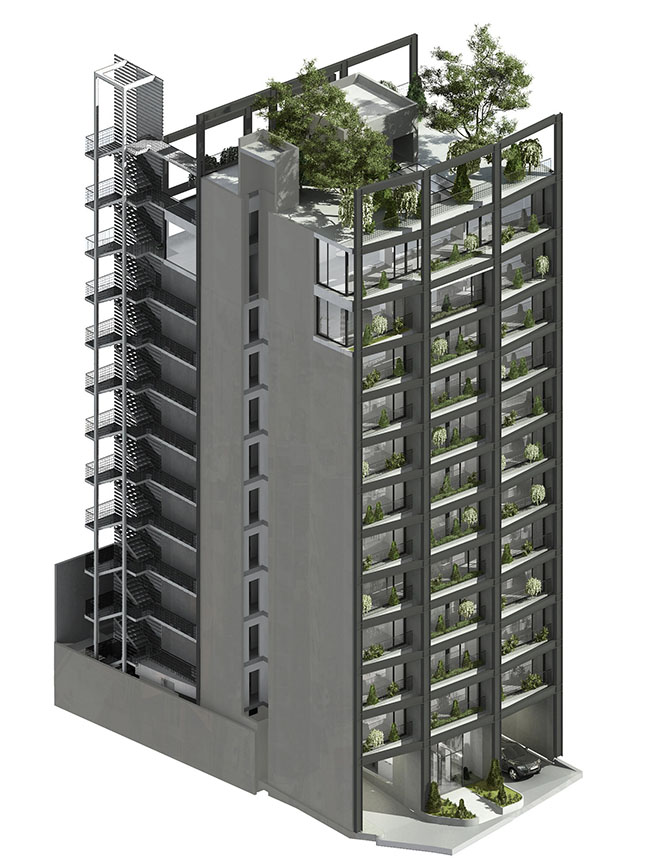 10 / 08 / 2019 Architect Karim Nader's mission to establish a dialogue between heritage and modernity in contemporary Beirut finds a new opportunity of expression in his intervention...