Amale Andraos and her firm WORKac to design BeMA: Beirut Museum of Art. The new 12,000-square-meter museum will feature 70 balconies arrayed as a vertical promenade that blends indoor and outdoor spaces to create an “open museum for the city. 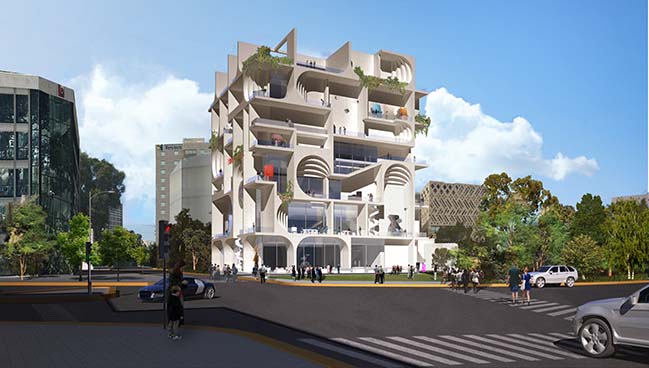 From the architect: Following months of review and consideration, the Board of Trustees of BeMA: Beirut Museum of Art is pleased to announce the appointment of Lebanese-born architect Amale Andraos and WORKac, the firm she founded with Dan Wood in 2003, to design its future building. Beirut’s newest art museum, BeMA will be centrally located in the heart of Beirut, positioned on a charged and symbolic site in the city that once marked the dividing line in the Lebanese civil war — now to be transformed into a site of unification. The museum’s permanent collection will include modern and contemporary artworks from Lebanon, the Lebanese diaspora and the wider region. As Dean of Columbia University’s Graduate School of Architecture Planning and Preservation (GSAPP), Amale Andraos is a global leader in the field. 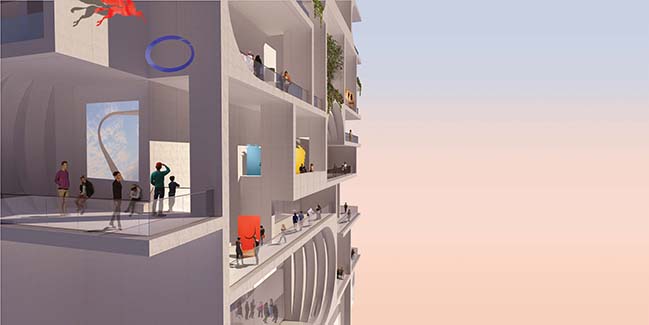 The new 12,000-square-meters museum will feature 2,700-square-metres of dedicated exhibition space and a six-story promenade that wraps around the façade of the building. WORKac’s innovative design for an “open museum” alludes to its geographical heritage by utilizing the ubiquitous Mediterranean balcony to transform the museum’s walls into hybrid indoor-outdoor spaces where art spills out of the main building and engages with diverse audiences through a gradient of public spaces. Creating a vertical promenade that winds around the cube-like building to the rooftop terrace and café, the design provides BeMA with a new type of flexible exhibition and programing space. The museum’s thickened envelope offers mutable galleries, community rooms and urban gardens suitable for new commissions, artists’ projections and installations. By blurring the lines between the interior and the exterior, the porous façade of WORKac’s design dissolves the traditionally closed, white cube gallery model and invites the public to engage directly with the work, creating new and varied possibilities for encounters and dialogue with the art as well as amongst its visitors. 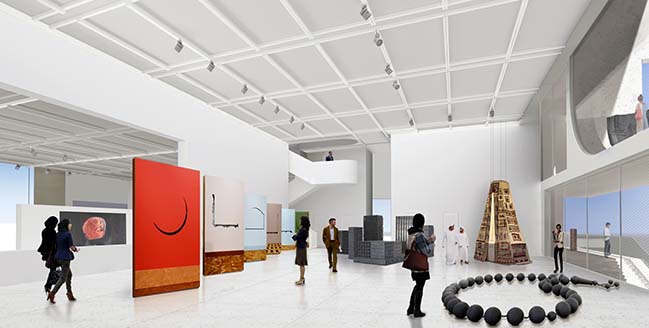 Amale Andraos, architect and Dean of Columbia University’s Graduate School of Architecture Planning and Preservation (GSAPP), spoke of the design, “I am honored to have the opportunity to realize our design for the Beirut Museum of Art, an institution dedicated to the Lebanese artistic culture. As an architect, and as a Lebanese person, Beirut is a city that has always inspired me, filled my imagination and remains close to my heart. Through it, I have reexamined the legacy of the ‘Arab City’ as an intellectual, artistic and progressive project. I hope that our design demonstrates an alternate possibility for the future of cities, as it reveals the cultural possibilities of integrating art, architecture and landscape within a dense urban setting and as a means to re-imagine how we can live, learn and share together.”

Situated on a plot of land owned by Université Saint-Joseph (USJ), the Museum responds to the needs of the community with accessible spaces designed to accommodate educational programs and public events, landscaped terraces for intimate gatherings, a library, a black box performance space, a café and a rooftop restaurant from which to view the city. The project represents an alignment of WORKac’s decades-long practice, which aims to situate architecture at the intersection of its urban, cultural and environmental context to foster encounters and construct new kinds relationships, with BeMA’s core philosophy of working in collaborative partnership with cultural institutions across Lebanon. This priority for dialogue continues throughout the building, as staggered galleries create open sightlines that juxtapose BeMA’s permanent collection of modernist work alongside temporary contemporary exhibitions and public art installed on the façade. The design also features natural ventilation in the expansive open lobby, passive and active solar shading on the façade, a rainwater collection and usage system that directly connects to a green roof for the lower level. 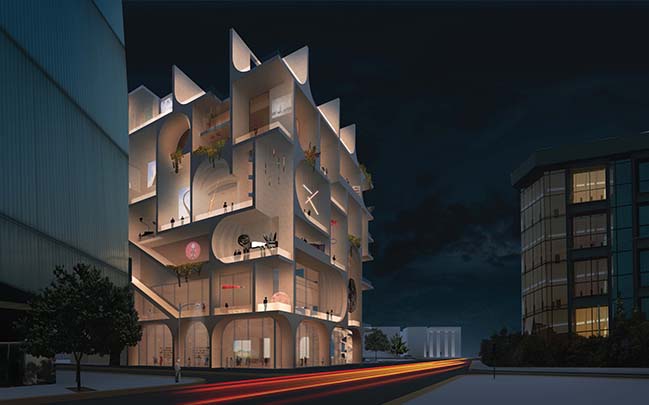 Joe Saddi, Executive President of the Board of Trustees of BeMA explained that, “The Beirut Museum of Art is committed to showcasing and supporting Lebanese artists, architects and creatives – and we are delighted to have an architect of Amale Andraos’ caliber design our new building. This appointment is an essential step to keep this significant cultural project on track and we see it as a vote of confidence in the larger cultural mission of Lebanon. BeMA aims to be a culturally inclusive institution, committed to nurture future talents and help build a strong civil society, and are confident that WORKac’s open design will facilitate a meaningful creative experience towards the realization of that mission.” 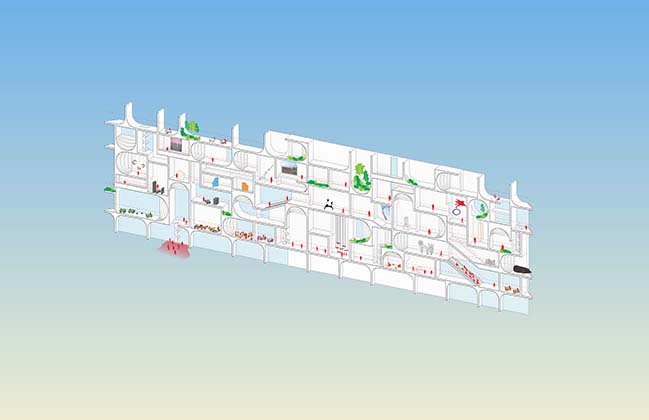 The new project design is announced two years after a global juried architecture competition that drew applicants from Lebanese and Lebanese diaspora designers. The jury – comprised of curators Hans Ulrich Obrist and Dame Julia Peyton-Jones; architects George Arbid, Dr. Farès el-Dahdah, Dr. Rodolphe El-Khoury, Rem Koolhaas, and Lord Richard Rogers; artist Lamia Joreige; APEAL president Henrietta Nammour; and Zaha Hadid, who was active on the jury until her unfortunate passing in 2015 – originally selected HW Architecture as winner of the competition and recognized WORKac with an honorary mention. While no agreement could be reached over the course of the last two years between BeMA and HW Architecture due to differences that became irreconcilable, BeMA’s Board of Trustees has expressed admiration and appreciation for the firm’s founder Hala Wardé as well as all participating architects. 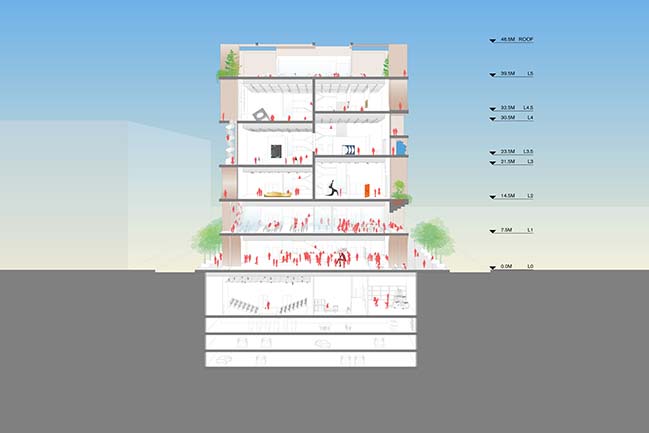 One of the most significant developments for Lebanese art and culture in a generation, BeMA is set to open in 2023, and is envisioned as a multidisciplinary platform of art and design dedicated to showcasing modern and contemporary Lebanese culture. The formation of BeMA: Beirut Museum of Art is spearheaded by The Association for the Promotion and Exhibition of the Arts in Lebanon (APEAL), a non-profit organization dedicated to international quality programs that support art from Lebanon and the global art scene. 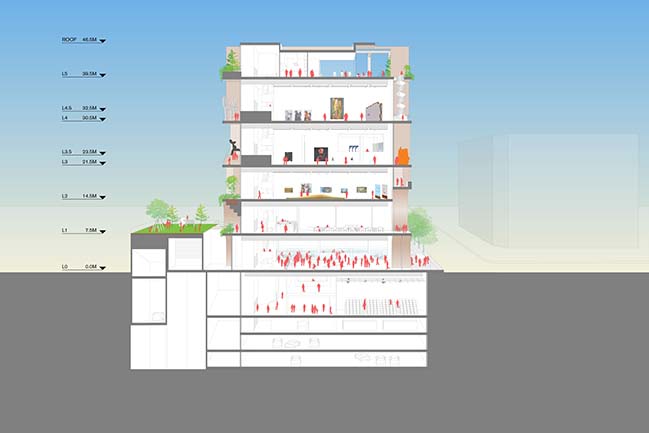 Henrietta Nammour, founding member of BeMA and President of APEAL, and Sandra Abou Nader, founding member of BeMA and Vice President of APEAL, jointly expressed their enthusiasm for the project, “This announcement brings us closer to our goal of furthering Lebanon’s cultural and artistic scene, as well as the careers of Lebanese artists. We are grateful for the continued support of our many donors for their commitment and trust in this project.” 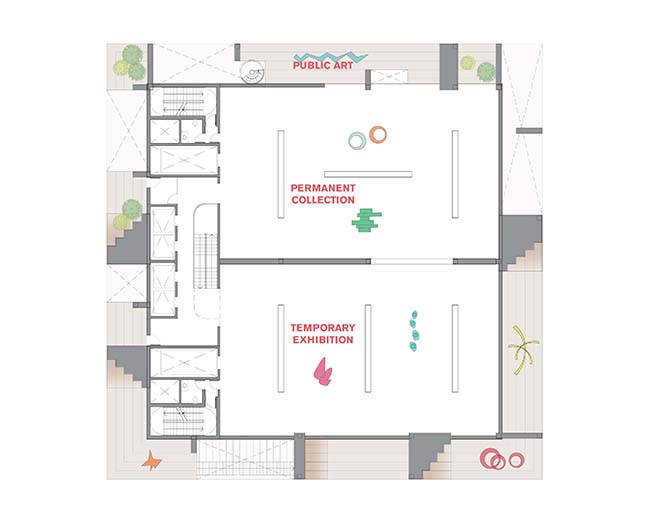 In the coming months the museum will announce further details about its collections, programming, and collaboration with local and international cultural and artistic institutions. A Search Committee will shortly be appointed to initiate the recruitment of a museum director and other key positions. 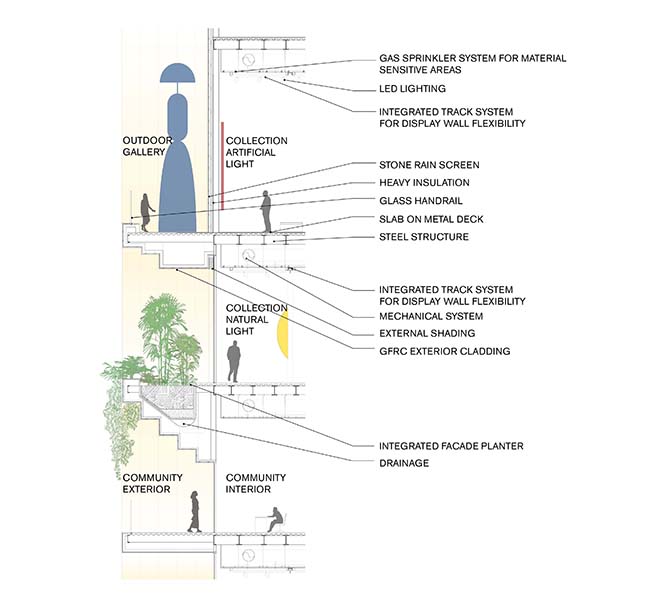 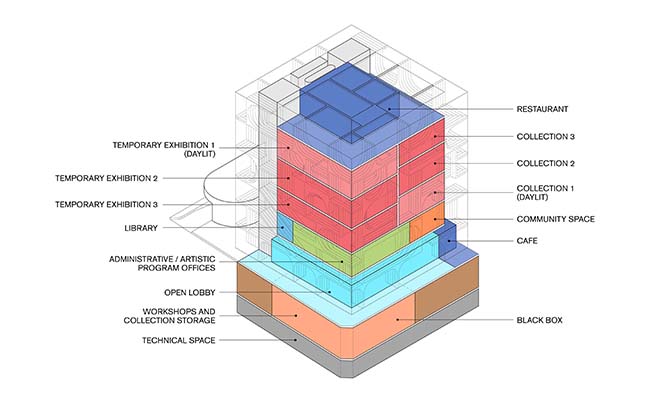 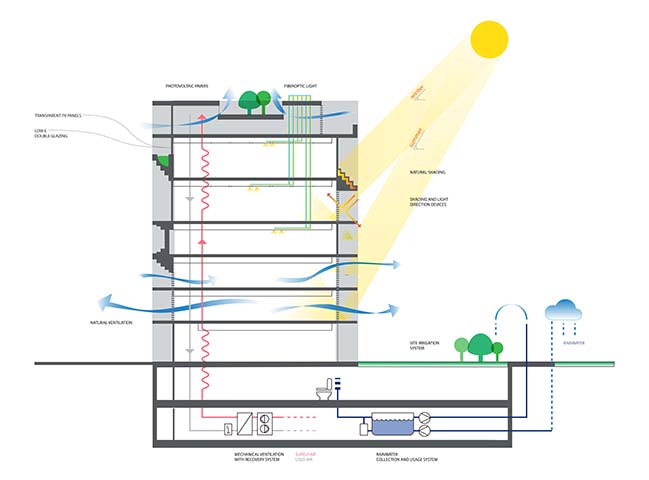 01 / 10 / 2019 Amale Andraos and her firm WORKac to design BeMA: Beirut Museum of Art. The new 12,000-square-meter museum will feature 70 balconies arrayed as a vertical promenade