The One is an 85-storey mixed-use tower in Toronto by Foster + Partners that the project is set to be the country’s tallest building and the second tallest man-made structure after Toronto’s CN Tower. 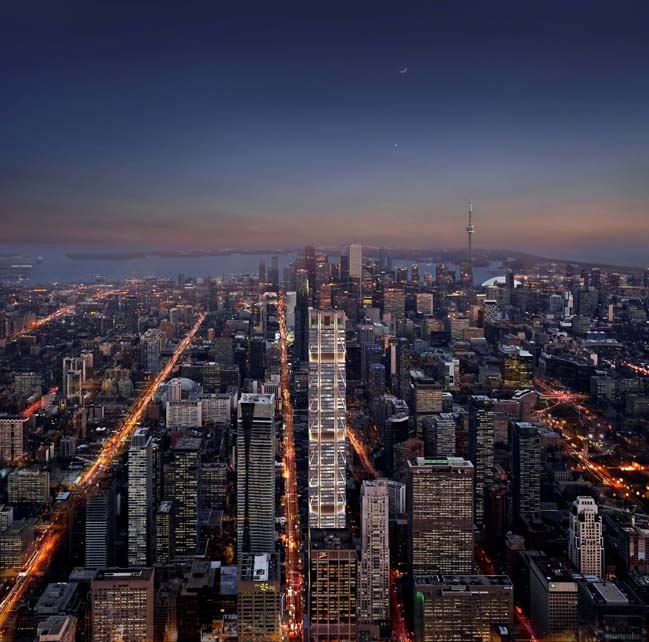 Project's description: The past decade has seen the city completely transform through unprecedented growth and development in the central business district and outlying areas. Situated at the border of downtown and the fashionable Yorkville neighbourhood, The One will bridge the two zones, inspired by its context, the neighbourhood quality of Yorkville, the commercial boulevard of Bloor Street and the local heritage character of Yonge Street. 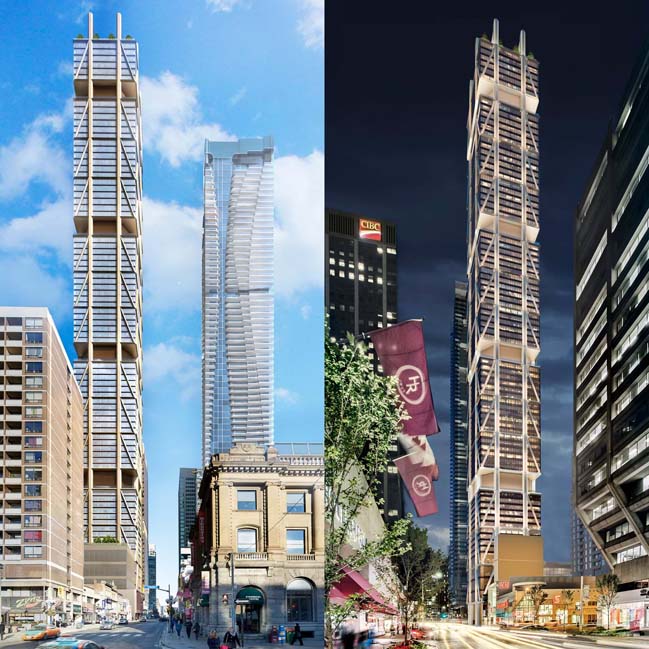 Giles Robinson, Senior Partner, Foster + Partners said, “The One is the final piece of the jigsaw in the tower cluster at the Yonge and Bloor node – one of the most prominent intersections in the city. The project creates a new anchor for high-end retail along Bloor Street West, while respecting the urban scale of Yonge Street. The design is respectful of the legacy of the William Luke Buildings, and incorporates the historic 19th century brick structures within the larger development.” 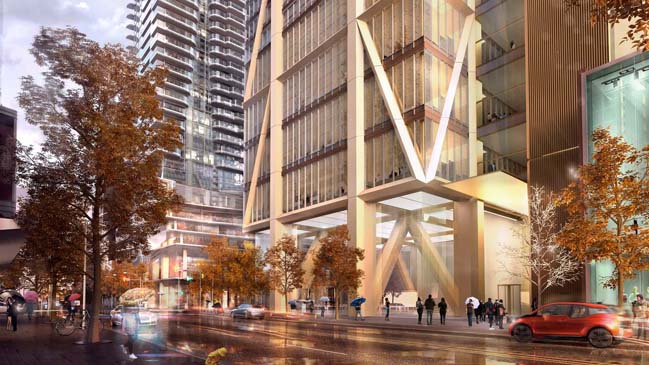 The tower is a clearly articulated building that differentiates the commercial units at lower levels from the residential apartments above. The structural frame is clearly expressed on the façade creating a distinctive series of vertical, horizontal and diagonal framing elements that are clad in a champagne bronze colour. The building is further articulated with the introduction of horizontal bands at regular intervals where mechanical floors are located. By expressing the functions and its distinctive structure, the building acquires a unique identity, becoming an outstanding new addition to the Toronto skyline.

The residential floors are based on consistent 57 square-metre (620-square-foot) planning modules, allowing for flexible configurations throughout. The tower is topped by a series of duplex penthouses, which have sweeping views across Lake Ontario and beyond. Access and amenities to the residences is via a sky lobby with spa and fitness facilities, library and formal entertaining rooms, and a large south-facing terrace providing the residents and their families with luxurious, intimate spaces for rest and relaxation. 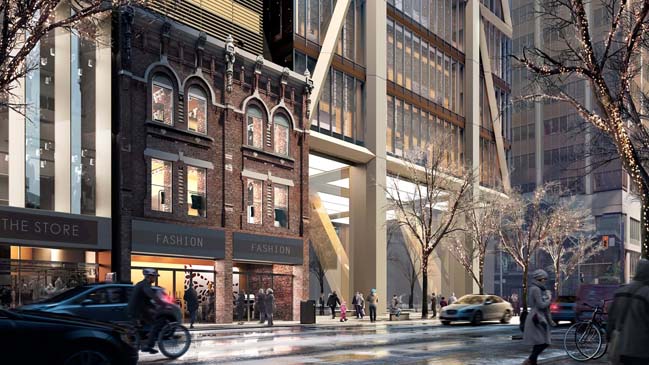 “The One will set new standards for commercial and retail developments in Canada. We’re extremely excited to be working with Mizrahi to realise this fantastic vision, and look forward to the next stages of the project with great anticipation,” added Robinson. 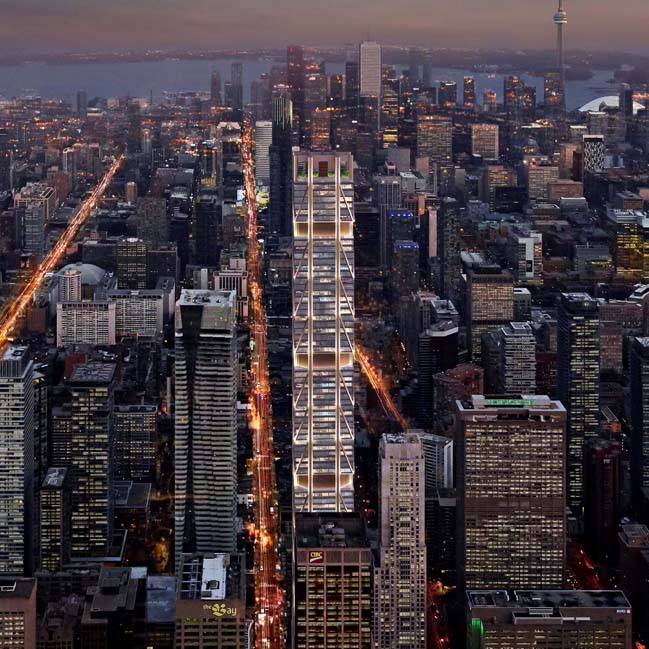 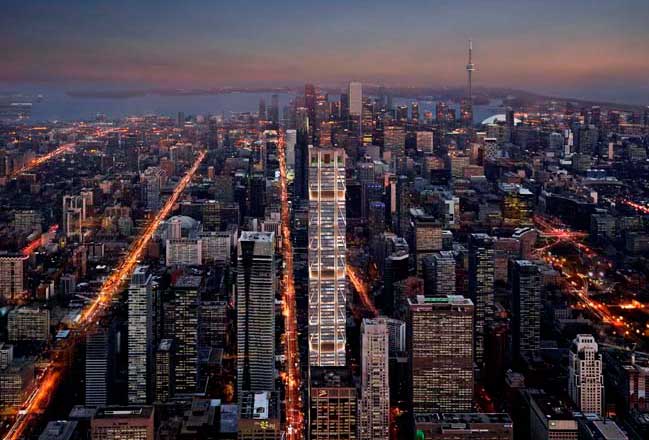