Chancery Lan project designed by Orms in order to rework of the urban fabric in the traditional heart of legal London. 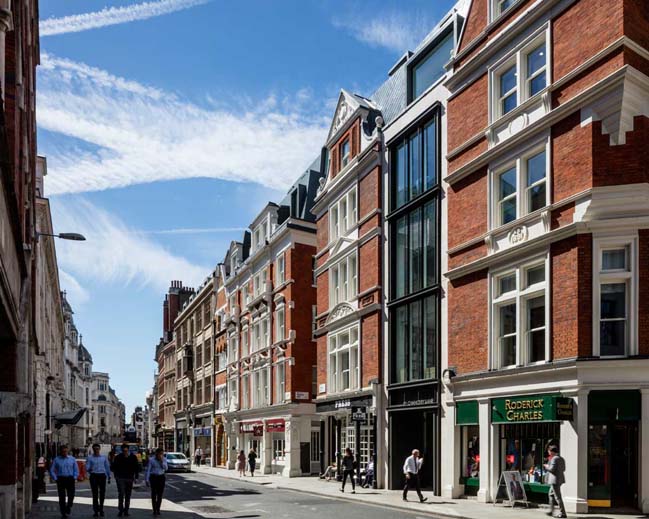 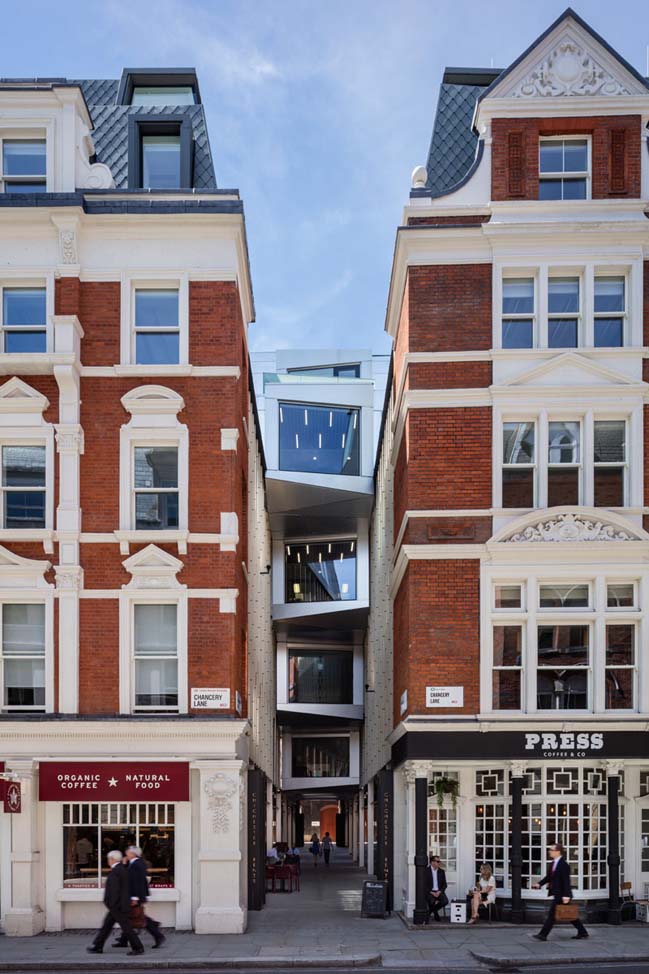 Project's description: Chancery Lane has long been the heart of legal London, the preferred address of a bustling community of law firms, barristers’ chambers and associated services – wigmakers, tailors and robe makers, pubs and coffee shops. Behind a rich tapestry of listed and contemporary facades, a warren of tiny alleys and lanes form the arteries that connect the beating heart of Chancery Lane with the inns and quadrangles of court beyond. Chichester Rents is one such alley: named for the Bishop of Chichester, whose mansion once stood here, it has long been a somewhat scruffy lunchtime hangout for the area’s clerks and paralegals. 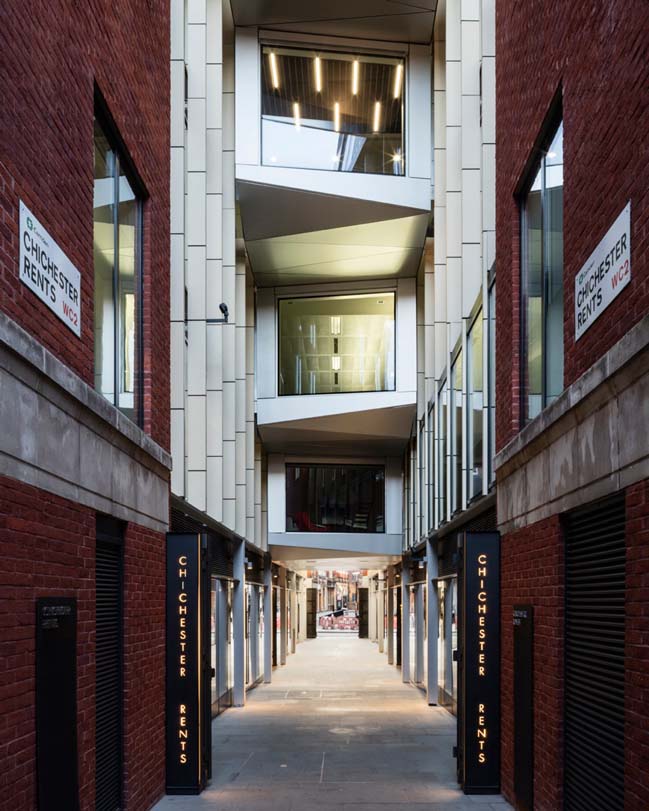 With many of the larger law firms now moving east to the City of London and Docklands, new development along Chancery Lane has attracted a new generation of professionals to the area, and with them the opportunity to revitalise sites such as number 79-86, which is split by Chichester Rents – not only with new office space but with active, lively street frontages. 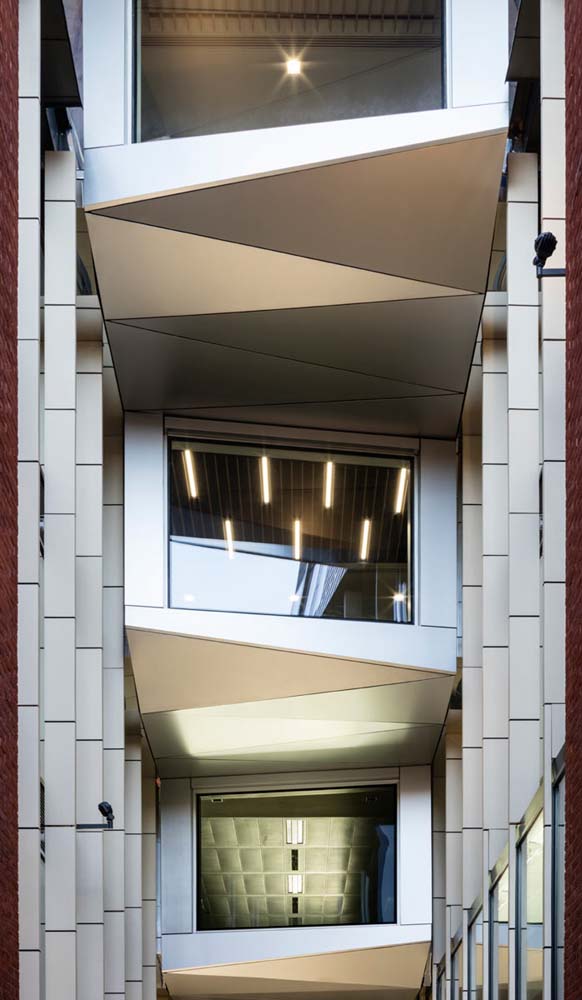 Orms’ scheme for the site will deliver a BREEAM excellent development, mixing 5,000sqm of offices with retail spaces and five residential units – all hidden behind a restored Victorian façade. Perhaps more importantly to the long-term sustainability of the neighbourhood, the design has also re-thought Chichester Rents, making it a more attractive place to linger. The bridges that connect the office spaces above at either end of the alley have been removed and a stepped infill introduced in its place. This ‘jewel’ is clad in faceted anodised aluminium panels which will change in appearance according to the movement of the sun throughout the day. In the lighter, more airy space below, new connections have been introduced to make the Rents into an inviting retail thoroughfare, linking into nearby Bishops Court. 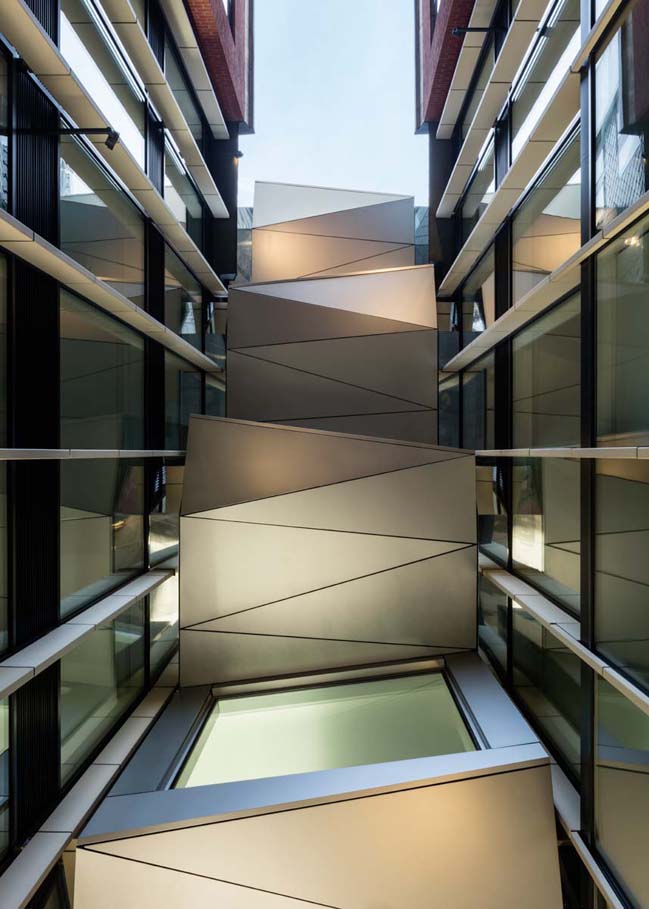 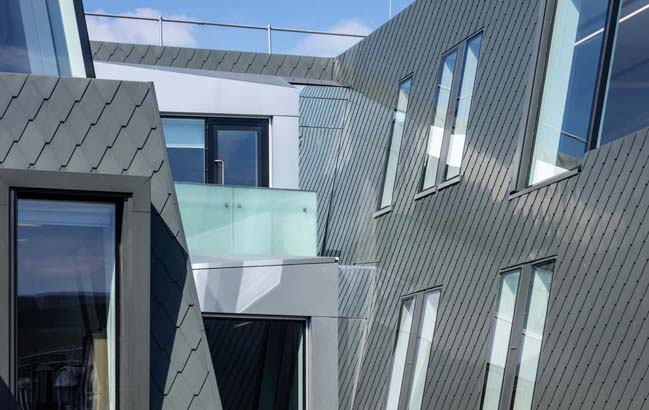