Henning Larsen Named Winner of Cockle Bay Park, a Major Tower Competition in Central Sydney. Our winning design for a tower in central Sydney will, according to the Sydney Daily Telegraph, provide one of the "biggest slices of public land in the heart of the city in more than a century." 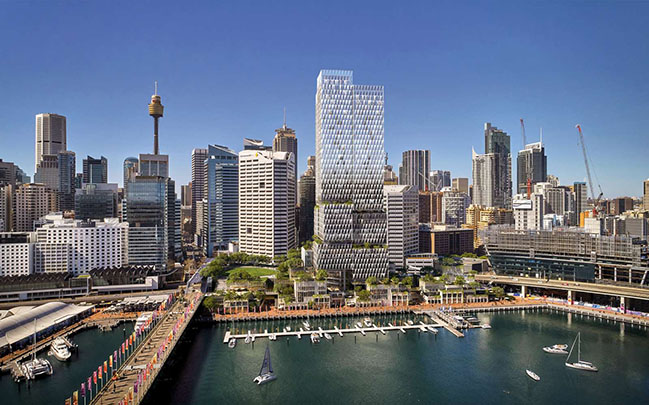 Henning Larsen is proud to share that our concept has been selected as the winning design the international competition for the redevelopment of Cockle Bay Park in central Sydney. The 73,000 square meter project, which includes 63,000 square meters of tower program atop a 10,000 square meter public plinth, rests at the heart of Sydney and is co-led by The GPT Group and AMP Capital. 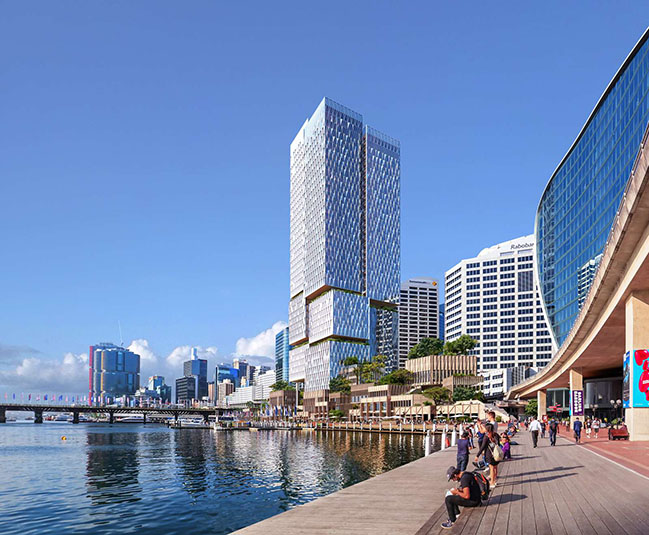 “We are incredibly proud to have won this important design competition in the heart of Sydney,” says Henning Larsen Partner Viggo Haremst. “and excited by the opportunity to design a destination that is distinctly human-scaled while also offering world-class retail, office, and public space. Sydney is unique in how it entwines a friendly, local community atmosphere within a cosmopolitan city – we see Cockle Bay Park as an opportunity to reflect this and to emphasize the best of what Sydney can be.” 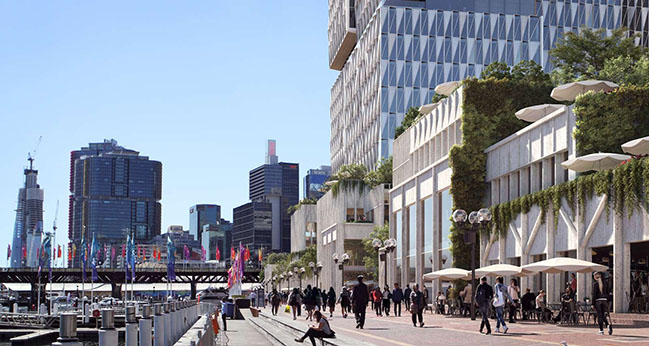 Cockle Bay Park links Sydney’s CBD to the waterfront at Darling Harbour, covering an area over the Western Distributor freeway that currently acts as a barrier between the city center, the waterfront, and the thriving Pyrmont district. The “ground” level in fact comprises multiple; an expansive, state-of-the-art retail program sits alongside and is woven into an expansive public park that stretches from the elevated main level to the waterfront below. Wide pedestrian paths frame a continuous public path through the development, and serve as the link between the shops, restaurants, and bars on site. 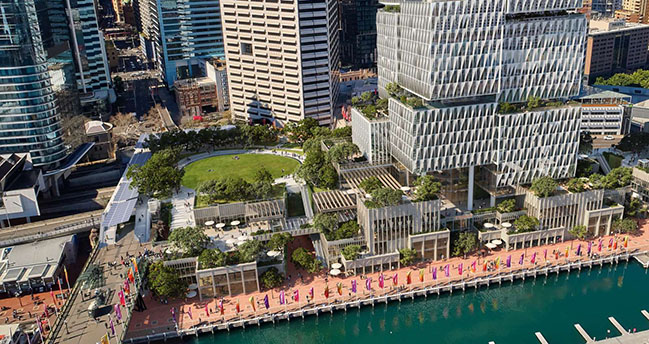 Cockle Bay Park focuses on the eye-level experience of the development’s two scales: the city scale, where the tower joins the skyline, and the village scale, where people move between the city center and the waterfront. Cockle Bay Park’s unbroken silhouette slips seamlessly among the towers of Sydney’s CBD, breaking down into more human-scaled pieces as it reaches the public and retail spaces at the ground level. This interplay of scales is respectful of both Sydney’s urban fabric and the diverse community of people it is designed for. 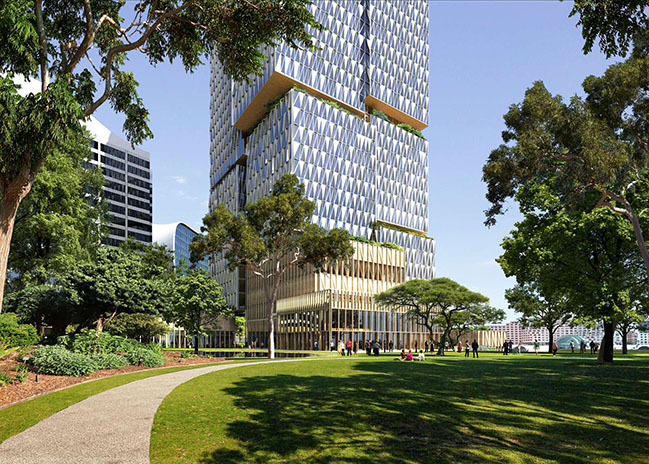 The tower, which is threaded together by public space, defines a new type of high-rise development that mixes traditional retail, office, and public program into a unified, human centered environment. “We are constantly inspired by how buildings can facilitate the unexpected, fostering experiences that speak to the idea of a true urban destination,” says Haremst.  “I believe our design for Cockle Bay Park will set a new standard for high-rise development, one where the interface between public and commercial realm link to create a strong sense of community. 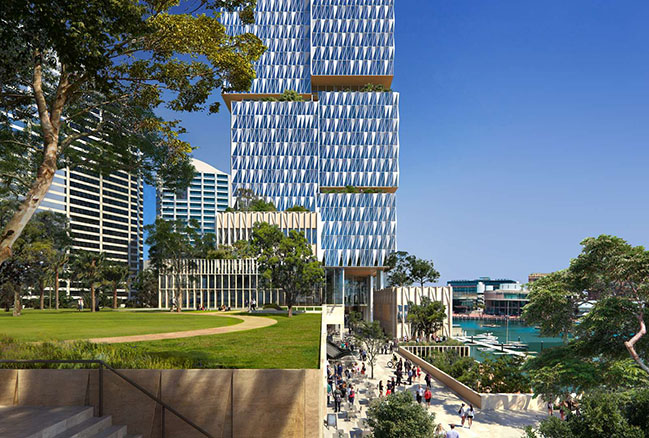 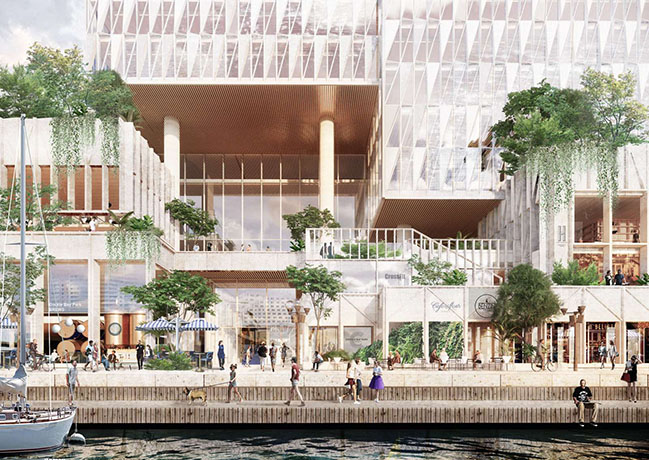 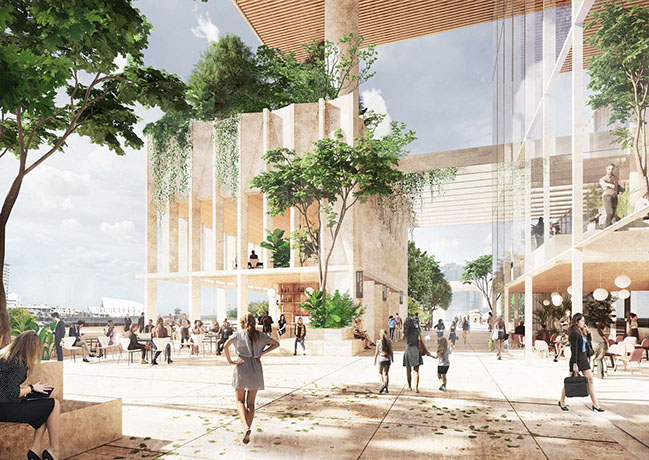 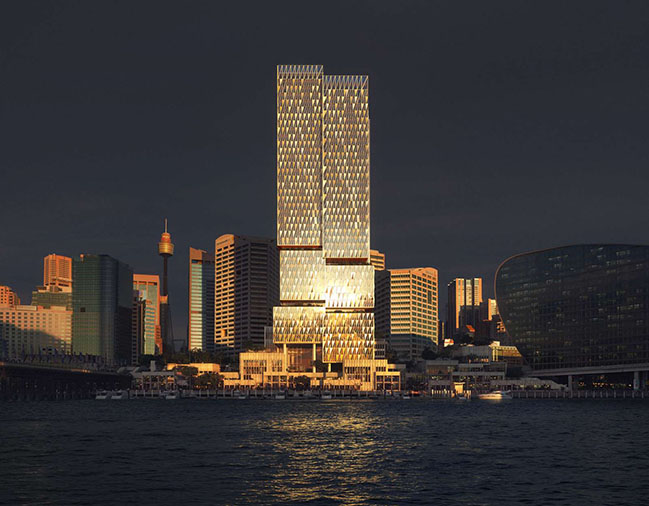 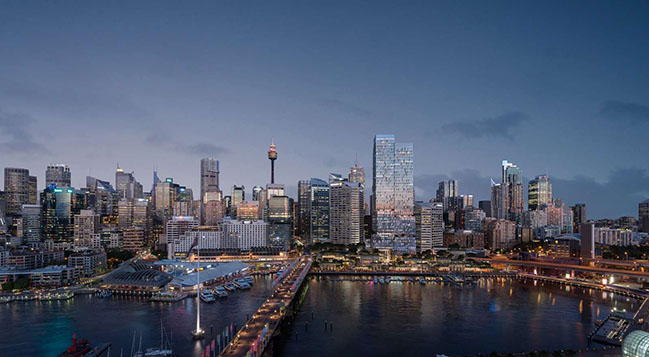 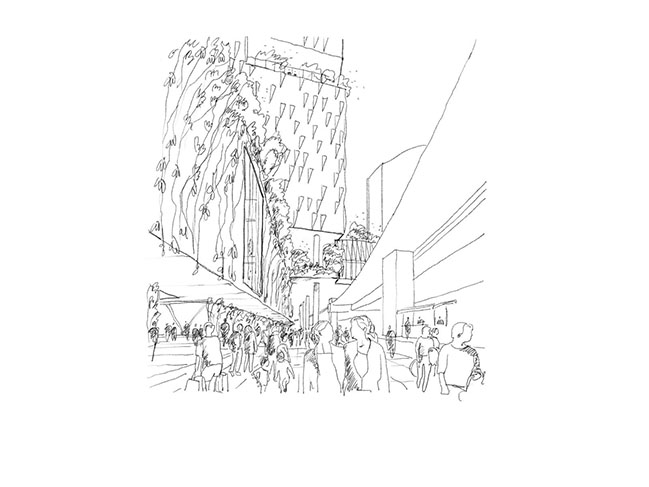 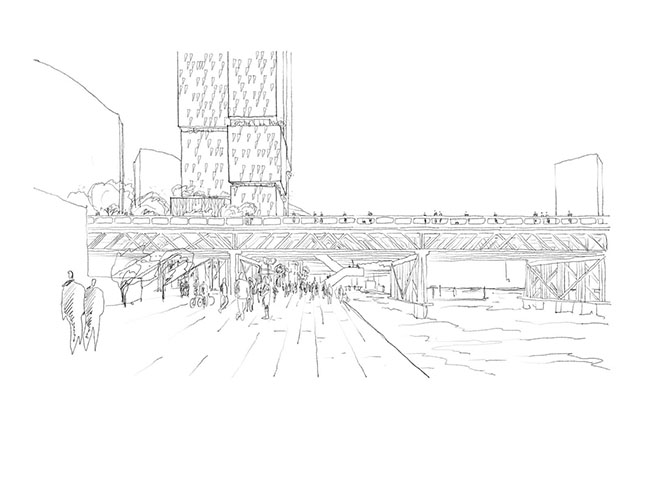 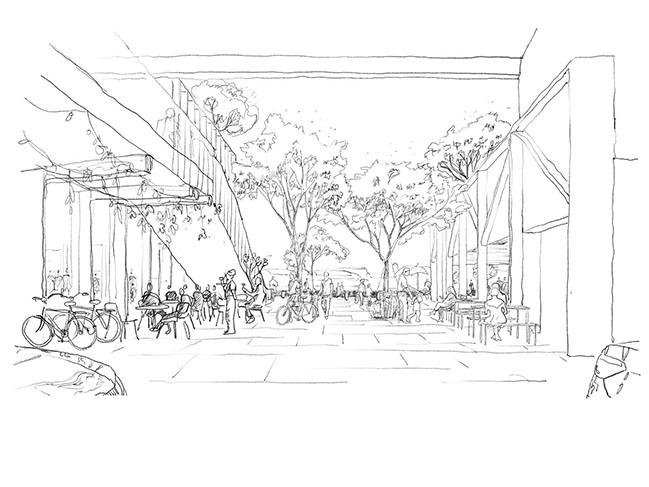 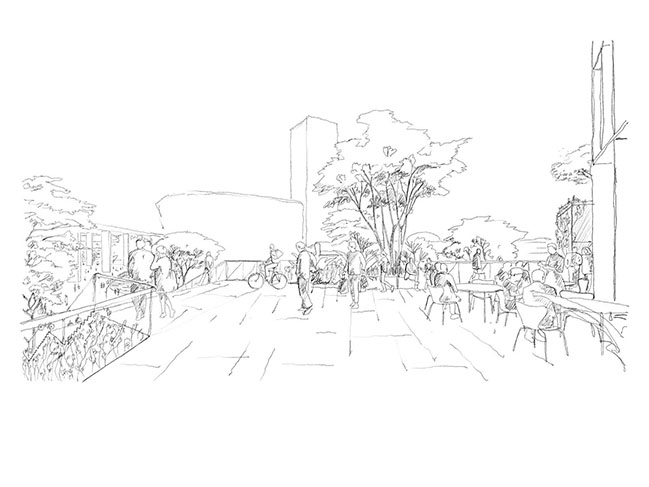 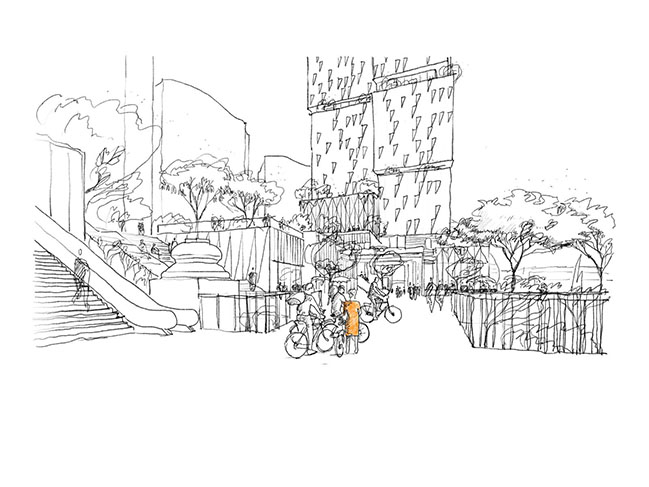