A new library concept, a public-scape mixing inside and outside, natural and artificial: the visitors find a relaxing place where the external environment flows copiously inside the books’ territory. Reading in Nature: the building becomes the infrastructure which supports an artificial landscape, full of trees, grass, plants and flowers. 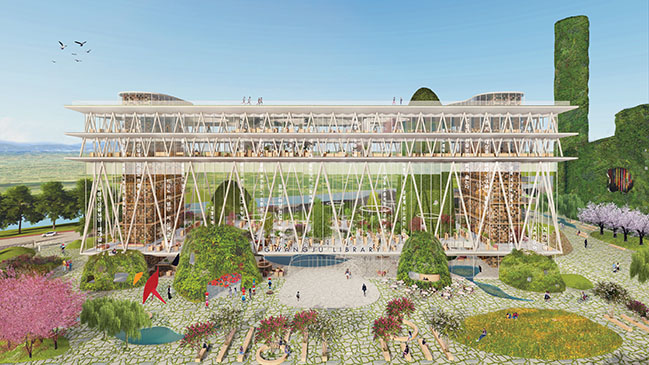 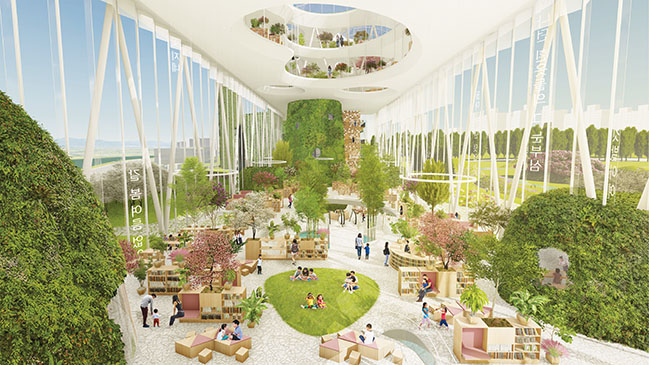 From the architect: The library is, today, the Public Space par excellence, a place with permanent and free access, a symbol of a city, of its culture, of its openness to the outside world. The new library of Gwangju becomes an unprecedented example of integration with the natural landscape, an inedited environment: like a large threshold, an open crossing between two apparently contrasting worlds (inside/outside, natural/artificial), the library will be the example of a new type of public space, a catalyst for the qualitative growth of the city and a place of wellbeing for its citizens. 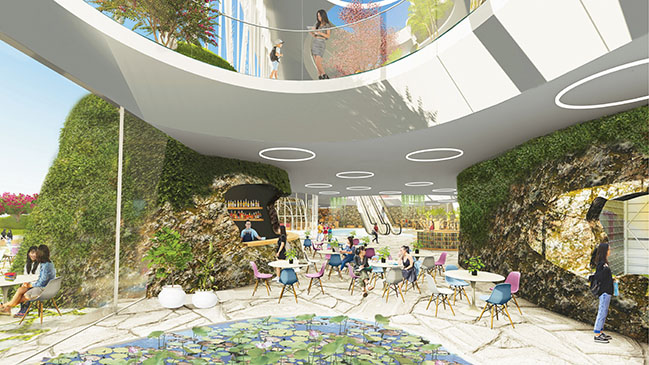 It is a welcoming place for multifaceted social functions, which become a program of events capable of attracting the local population. Built as the edge of a new Plaza, in dialogue with the future cultural space in the old incinerator and with the green park in the South, the new library defines an amazing landscape, remembrance of the Korean nature, flooded by air, sun, books and persons. They will merge together, to create a fresh public model in Gwangju, a fertile stage for encounters, pushing the city to become a new cultural example in the entire country. 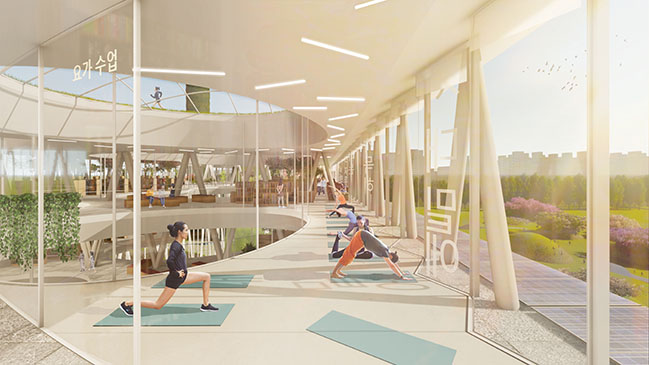 In recent decades, the effort of designers has been to integrate the building and the city, through transparent walls, which allow integral visual relationships, or allowing urban functions to penetrate to the deepest spaces of the library, or defining the library itself as an iconic element capable of modifying the urban surroundings with its presence. 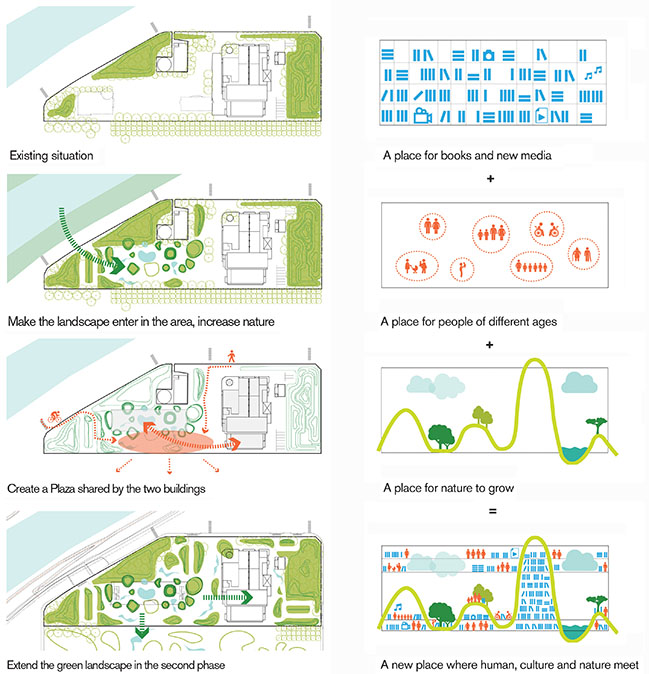 Today the library should be configured as an element capable of dialoguing with its urban surroundings, of incorporating it and of being incorporated into it, defining a continuity between public spaces, internal and external. Why one has to go to the library then? Perhaps because it is possible to build a full public cultural experience, capable of raising citizens’ aspirations, providing them with places of real psycho-physical well-being. 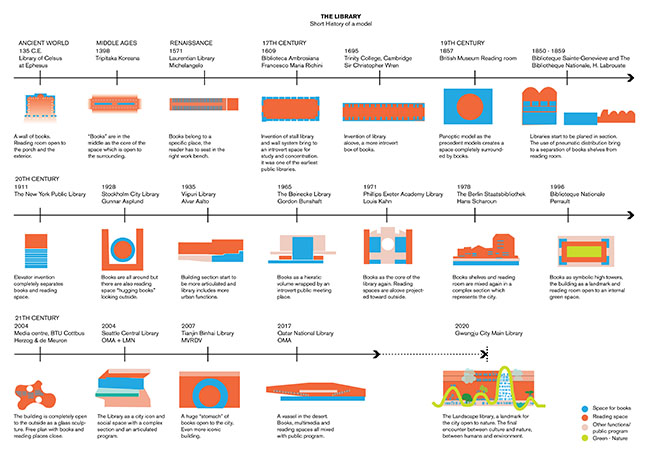 The program of the new library in Gwangju brings back to the Benedictine monastic rules, in which physical and intellectual “work” merge together and alternate themselves with equal dignity and importance, to improve one’s humanity. 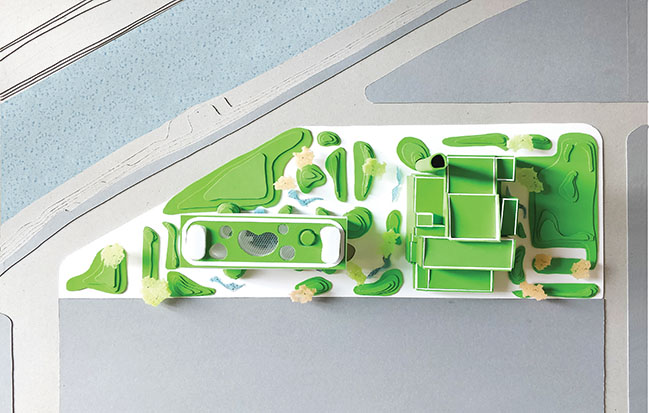 Sport, which is mixed with the more traditional functions of archiving and reading books, pushes in the direction of a complete education of the citizen, physical and intellectual, and this request pushes even more towards an integration between building, city, nature: the sport is indeed an exit from one’s physical boundaries; it is movement, it is the discovery of limits and their breaking. The urban and natural landscape can press to break those same limits, to think of an architecture that blends interior and exterior, nature and artifice, mind and body. 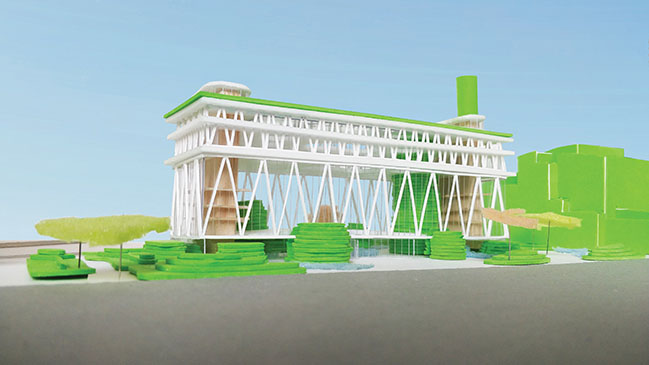 The new Gwangju library is built, first of all, through the definition of a new natural landscape: taking advantage of the elements already existing in the area (low hills covered with large trees), QTA hypothesizes the creation of new reliefs, at different heights, capable of accommodating, inside, some functions that need measured spaces (the large archive, reading rooms, auditorium). 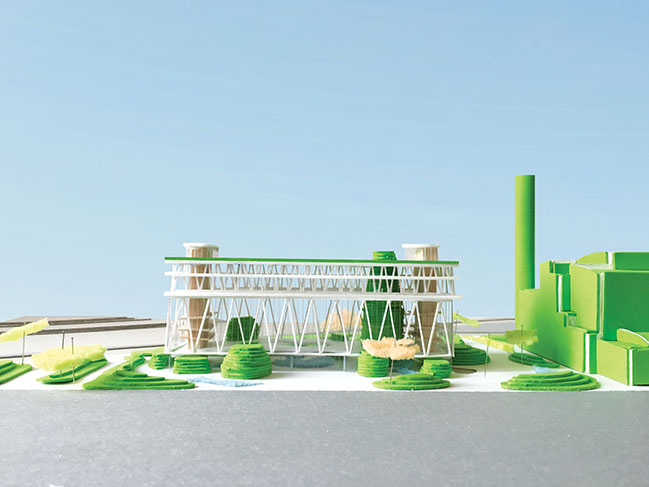 In this way QTA reconstructs a new landscape, a solution of continuity between different urban and natural environments, in dialogue between different realities: the park in the South, the river and the agricultural landscape in the North, the residential district in the East and the large vehicular road in the West. It is a natural, open environment, an urban square that builds the space through the juxtaposition of vertical, but easily “climbing” elements, defining labile, flexible environments, in a delicate balance between green, water and anthropized environment. The new building constructs the main side of the square open towards the large green area to the South and towards the Incinerator building which will be converted to new cultural functions. 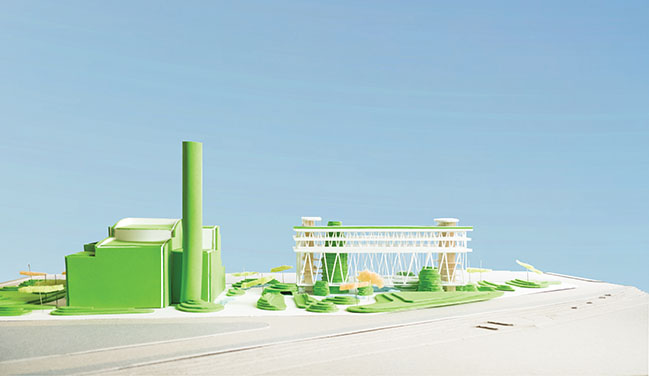 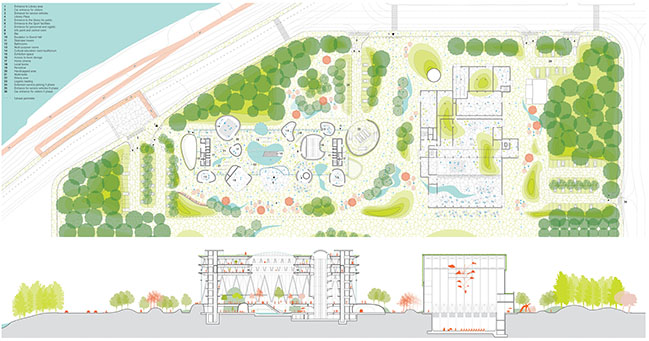 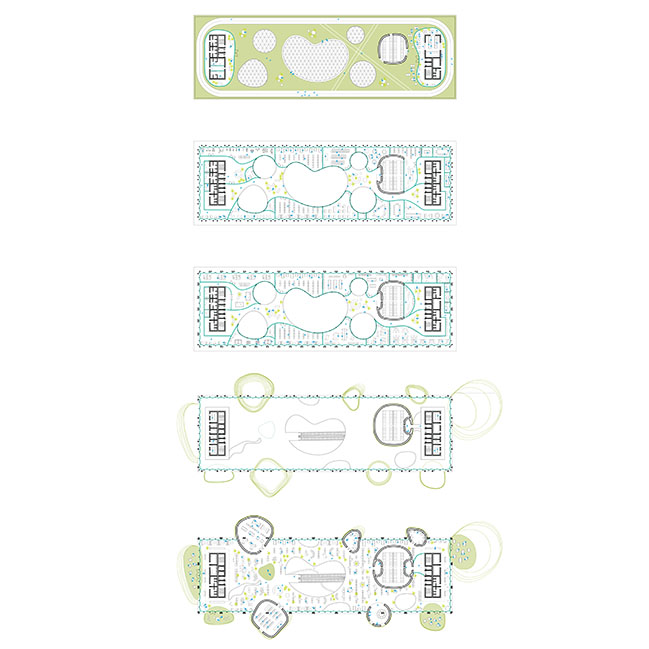 03 / 07 / 2020 A new library concept, a public-scape mixing inside and outside, natural and artificial: the visitors find a relaxing place where the external environment flows copiously inside the books' territory