This project is one of great architectural concept that was designed by ZAAD Studio in order to redesign the Congress Square in Portland, USA. 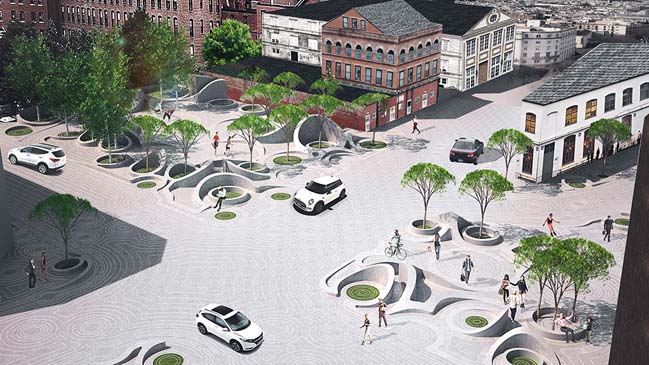 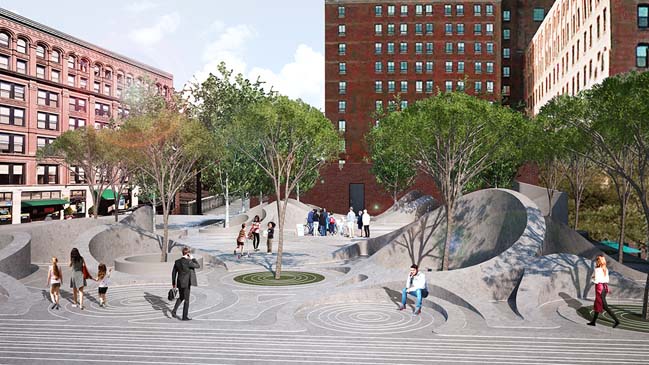 Project's description: Eliminating the subjectivity of the architect’s role in design development is the fundamental theory behind the Congress Square proposal. Rather than a directly formal response to the design dilemma, we designed a computational system which resulted in the proposal through generative processes. To that end, existing patterns, order and relationships were analyzed within the specified territory, and these systems were translated into computable parameters from which the ultimate morphology was developed. 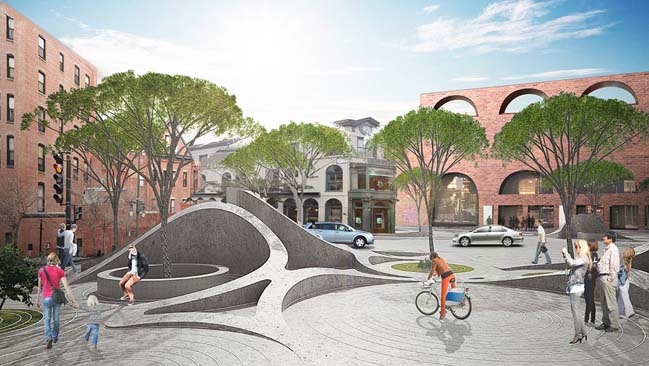 The strategy was to identify and categorize a series of indicators to be gauged in intensity as well as precedence, after which a quantifiable control system was derived from this stratification to create automatic self-organization and a homogeneous response of all constituents. The challenge then became to invent a language through which these abstract flow and field indicators could be translated into absolute, reciprocative, geometries. 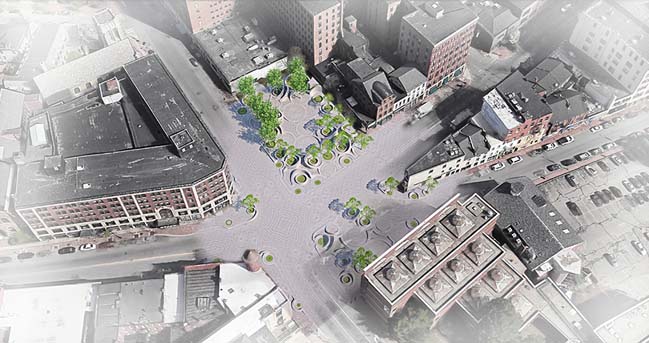 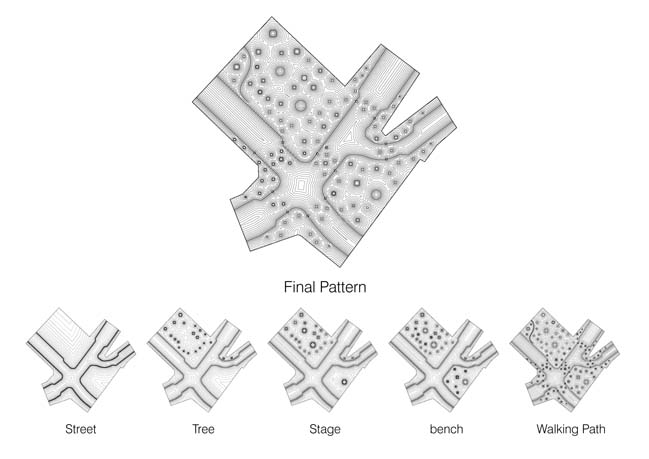 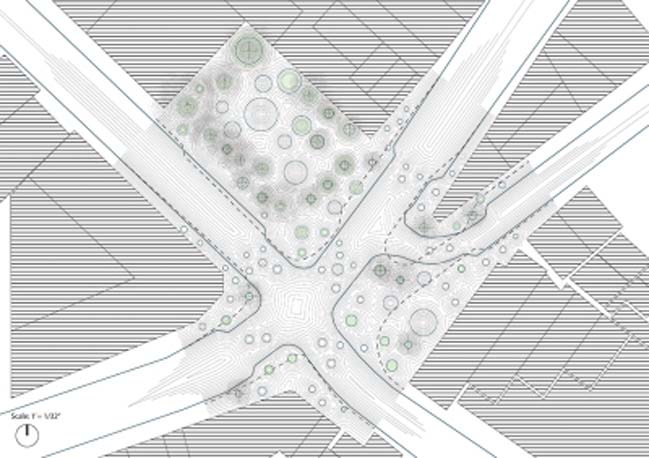 05 / 15 / 2016 This project is one of great architectural concept that was designed by ZAAD Studio in order to redesign the Congress Square in Portland, USA