The Nexus by PLP Architecture

The Nexus is a great architectural concept that was designed by PLP Architecture for a large complex at the heart of a metropolitan centre in the Pearl River Delta. 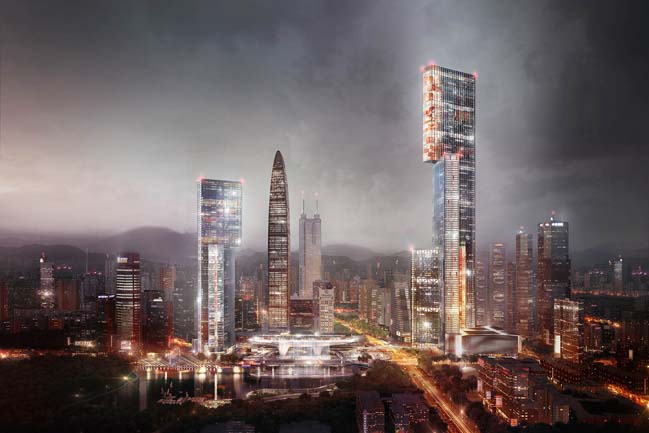 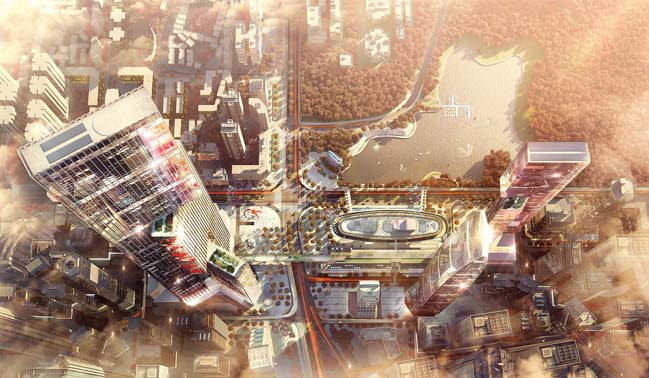 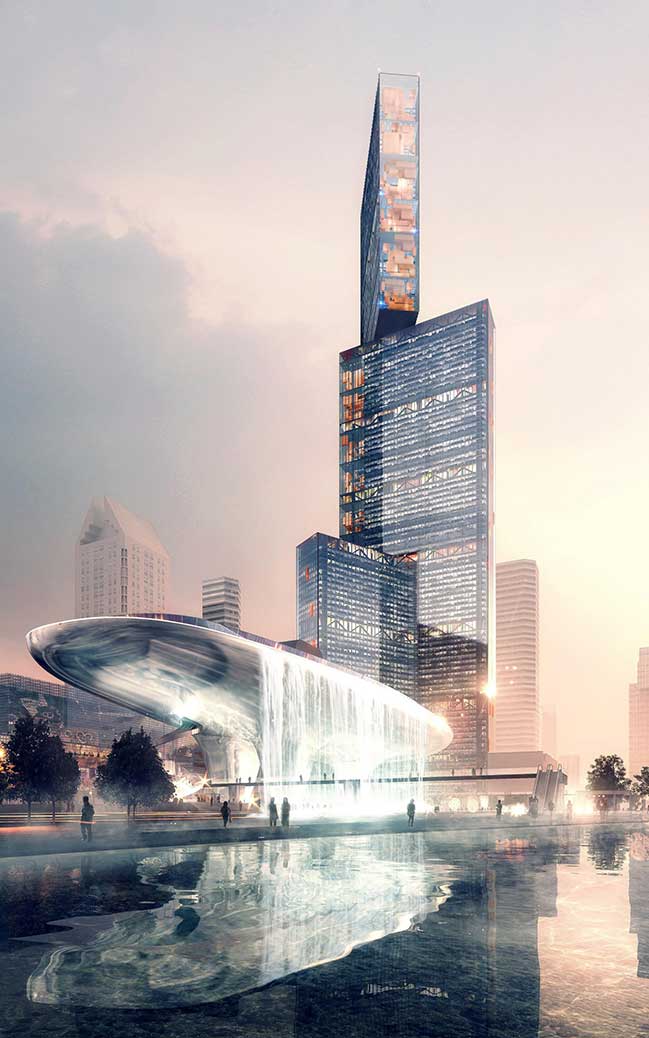 Project's description: The Nexus Building - The best working environments usually have bar or slab configurations allowing plenty of natural light and cooling, flexibility and good connections to the environment. However, a direct transposition of a slab building into a super-high-rise is not possible due to lateral loads and lifting requirements. 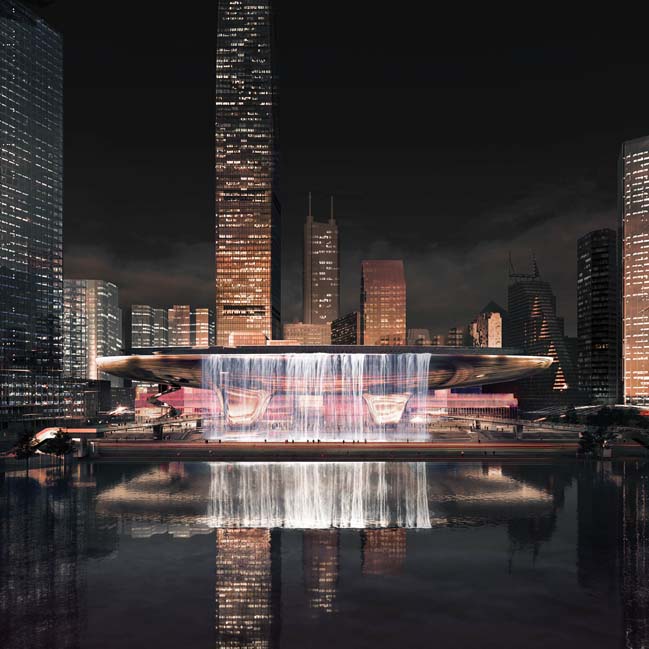 Yet if the building leaves away the idea of a single object and instead breaks down into several volumes of the same family, combined to create a solution similar to an outrigger or a tripod, then these problems are eliminated. 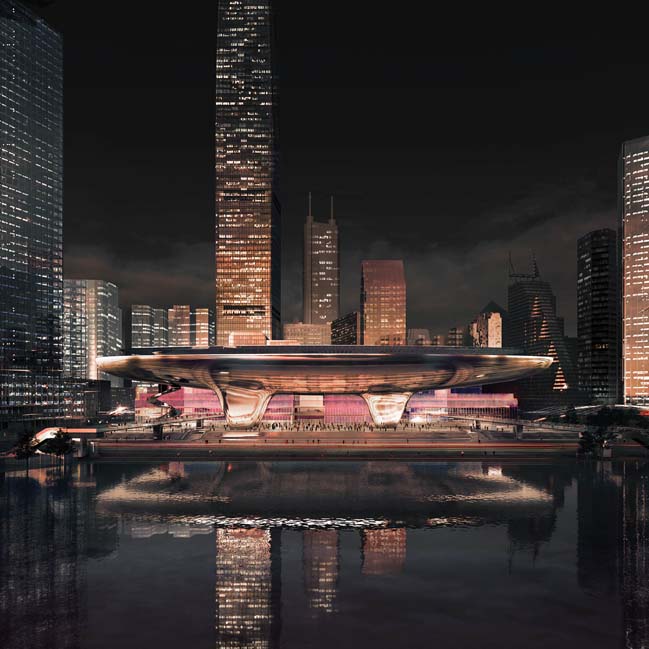 The building consists of three components of different heights, organised according to different points of reference. The lower volume, of 44 storeys, responds to the park nearby; the middle one is raised to 83 floors and faces the immediate urban context; and the upper component, with a total of 124 storeys, is oriented towards the city and mountains beyond.

Located north of the Platform, the third structure in the composition is a 300m tower. The building is articulated as two interlocking volumes orientated along two distinct axes: whilst the lower volume is angled in order to reveal more of the nearby tower in views from the park, the upper volume forms a cantilever that appears to ‘look’ towards the middle of the site, forming a counterpoint to the uppermost wing of the Nexus building. 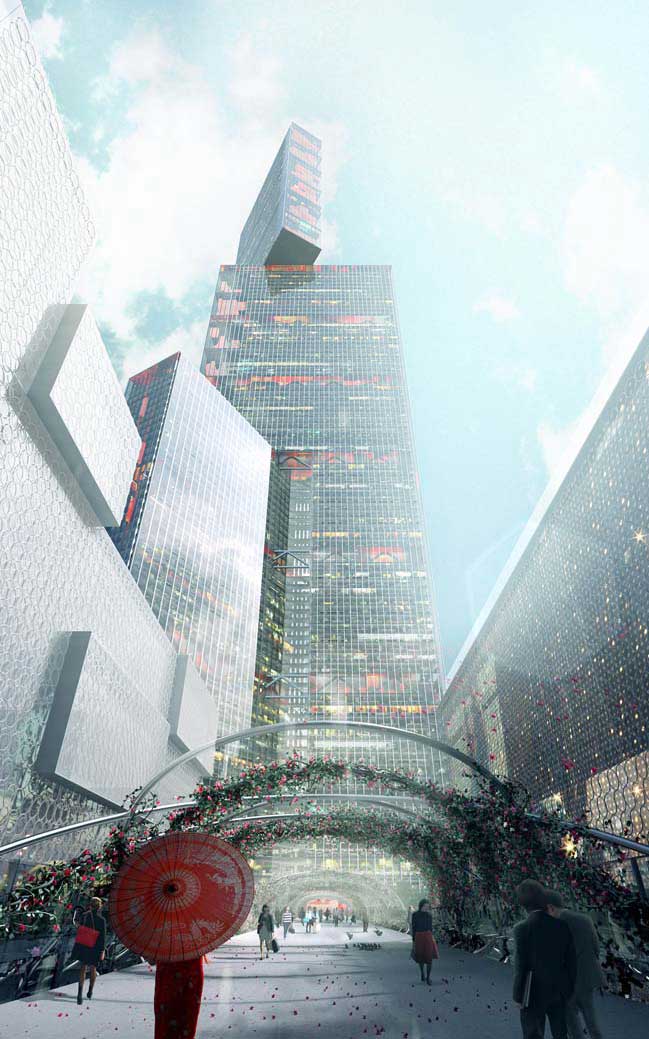 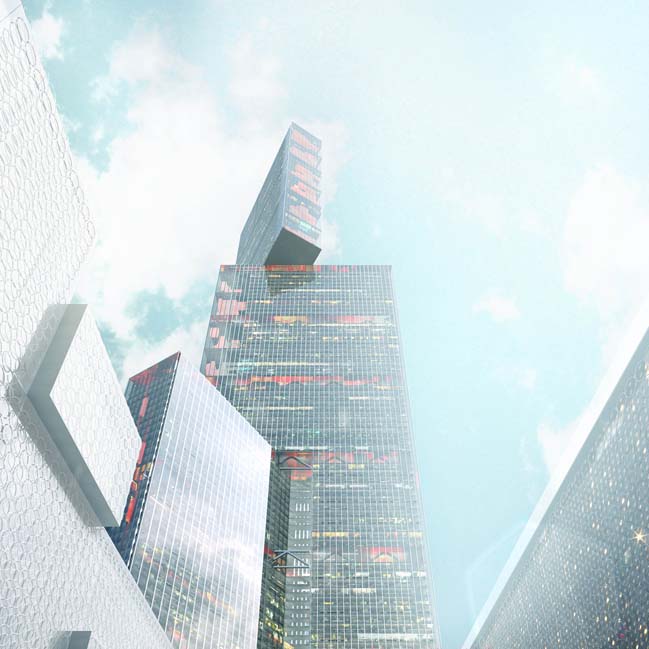 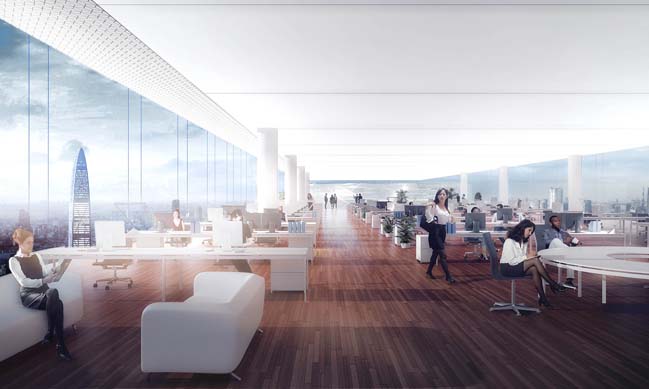 The Nexus by PLP Architecture