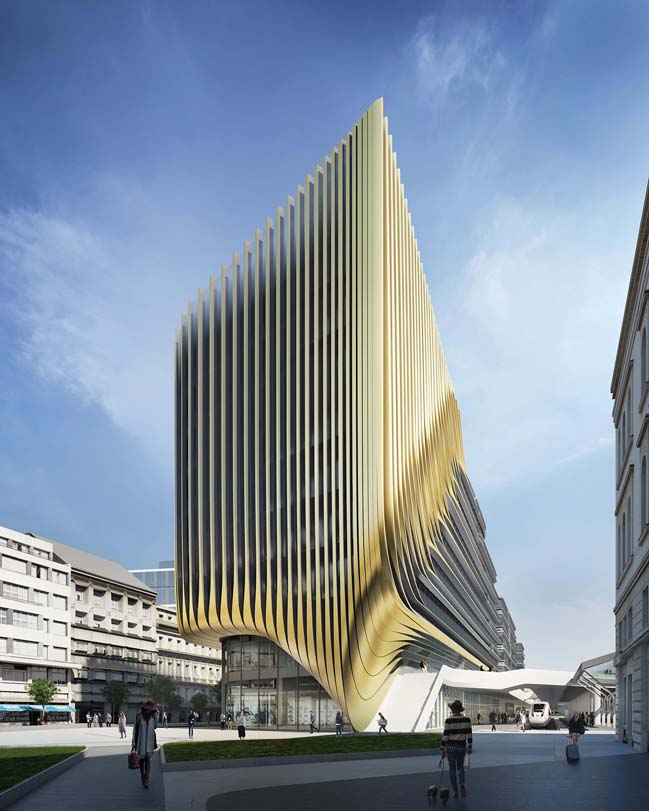 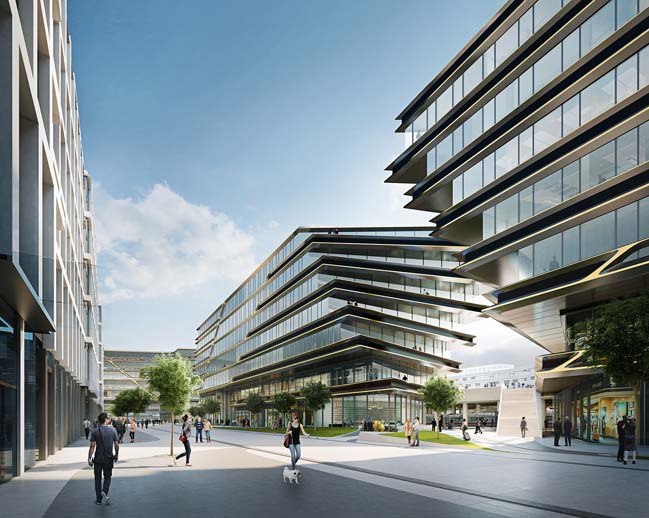 The mixed-use development stitches together Prague’s Districts 1, 3 and 8, minimising the impact of the elevated Wilsonova Highway which separates them. The project’s unifying composition creates a sequence of buildings and interconnecting public spaces along Na Florenci Boulevard. A new public plaza is created adjacent to the railway station, providing a gateway to the city and linking with Namesti Republiky Station on Line B of the city’s metro network. 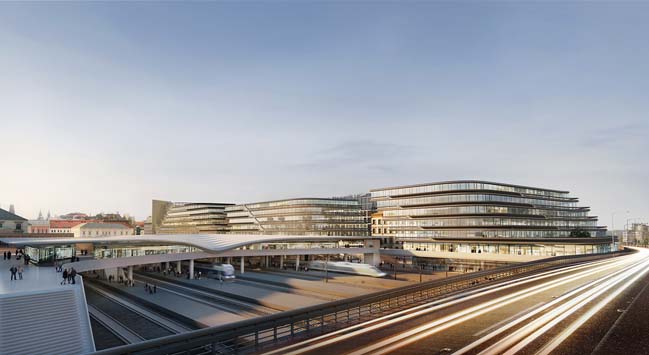 Approximately one kilometre from Prague’s central square, the design responds to the Old Town’s urbanism known as ‘the city of 100 spires’; establishing a dialogue with the city and anchoring the new public plaza at the station by dynamically transforming the project’s horizontal composition parallel with the railway lines to the vertical on the west façade facing the Old Town. 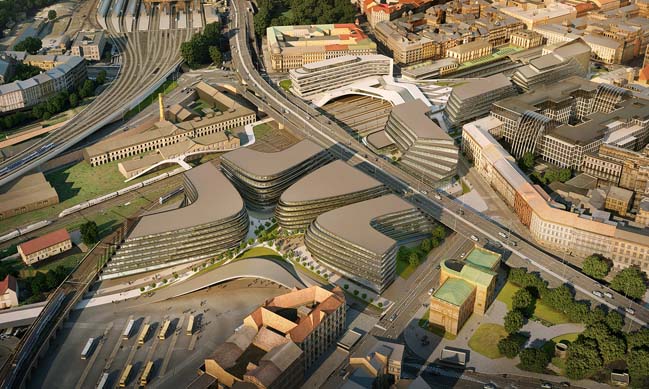 Designed as a series of buildings that vary in scale and composition to be compatible with the city’s existing urban fabric, the new central business district responds to the demands of the city’s growing service and IT sectors’ requirements for flexible Class A office accommodation. Equally, the project contributes to the exceptional public realm of Prague with the creation of a number of varied civic spaces including plazas at the station’s main entrance, midway along Na Florenci Boulevard, at the corner of the Na Florenci/Opletalova axis and at the coach/bus terminus in Prague District 8. The design also offers the potential to further improve connectivity through the city with a new public space over the railway lines, creating a north/south connection between Na Florenci Boulevard linking Havlíčkova/Namesty Masarykovo, Na Florenci and Opletalova/Hybernská, as well as increasing accessibility to the platforms of Masaryk Railway Station below.