Steven Holl Architects got the first prize for the competition Copenhagen Gate to create a unique architecture for the the dramatic new harbor entrance to the great city of Copenhagen is based on a concept of two towers carrying two bridges at two orientations all connecting back to the unique aspects of the site’s history. 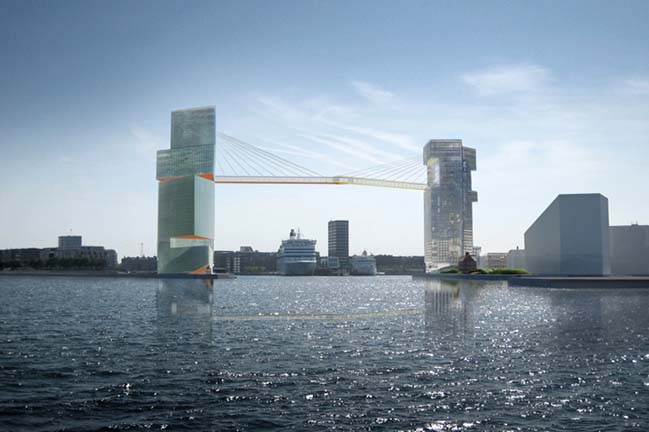 Project's description: The Langelinie site, a berth for ocean ships for decades, is expressed in the Langelinie tower with geometry taken from the site’s shape. A prow-like public deck thrusts out to the sea horizon. This deck is the level of public entry to the bridge elevators and has public amenities such as cafes and galleries. It can be reached by a wide public stair as well as escalators. The Marmormolen tower connects back to the City with a main terrace that thrusts out towards the city horizon shaped by a public auditorium below. It can also be reached by escalators and is adjacent to the public bridge elevator lobby. 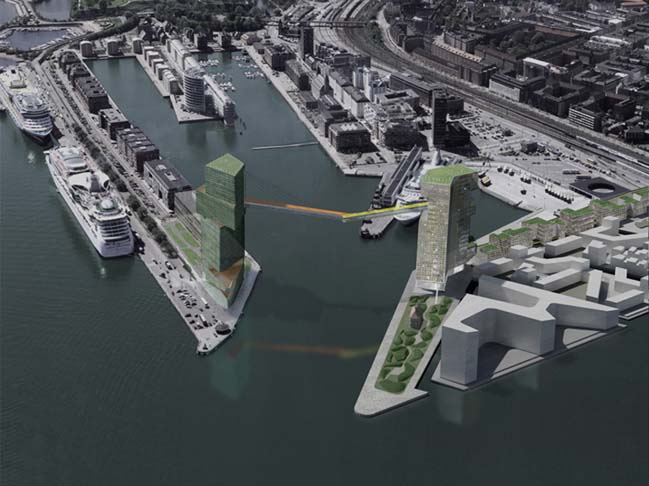 Each tower carries its own cable-stay bridge that is a public passageway between the two piers. Due to the site geometry, these bridges meet at an angle, joining like a handshake over the harbor. The soffits below the bridges and under the cantilevers pick up the bright colors of the harbor; container orange on the undersides of the Langelinie, bright yellow on the undersides of the Marmormolen. At night the uplights washing the colored aluminum reflect like paintings in the water. 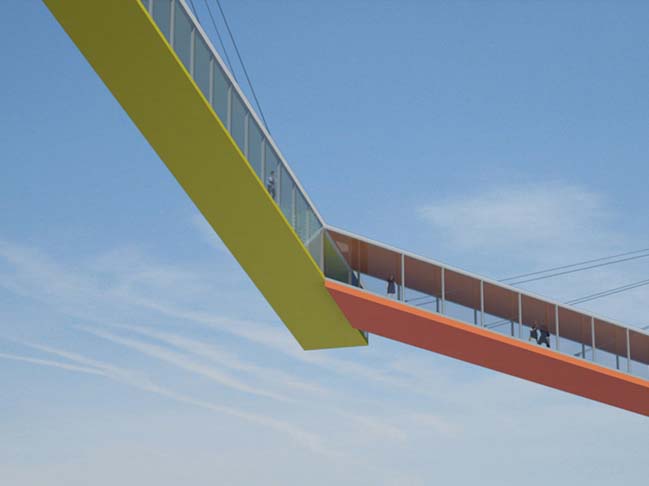 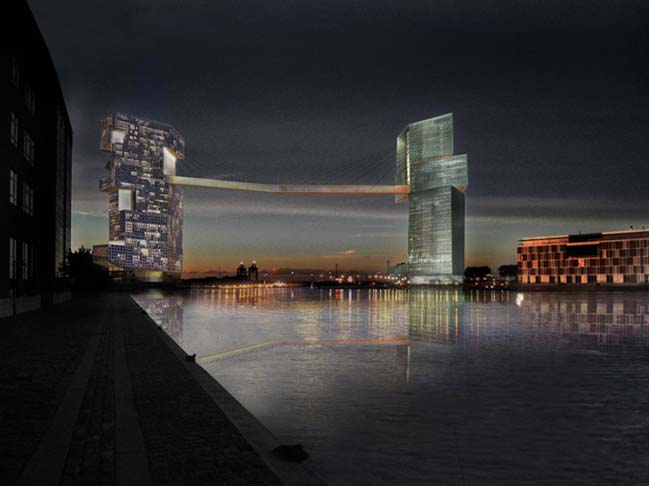 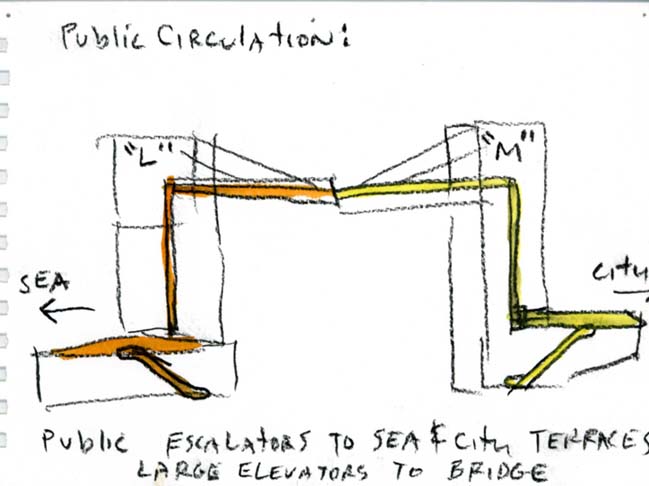 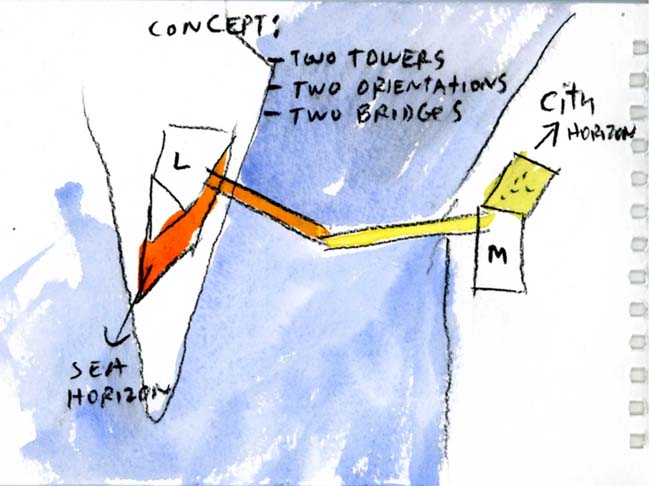 11 / 14 / 2015 Steven Holl Architects got the first prize for the competition Copenhagen Gate to create a unique architecture for the the dramatic new harbor entrance to the great city...