COBE and BRUT design the entrance to the European Union 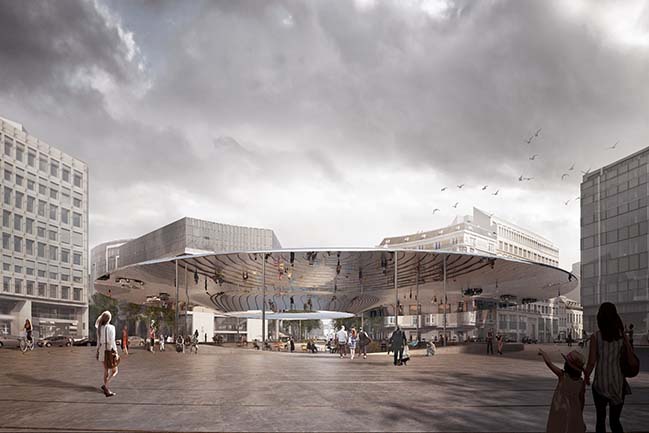 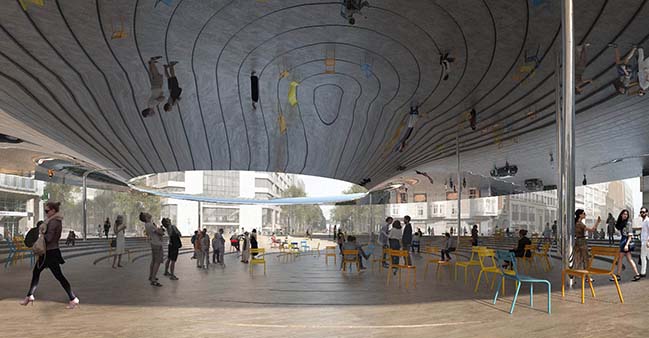 Project's description: The project consist of an agora covered with an iconic roof structure reflecting the square and the people below, creating a meeting place between nationalities, cultures, languages and genders. The agora is designed as concentric circles, inspired by the European Parliaments’ hemicycle. The circles continue in the surrounding pavement, emphasizing Place Schuman as the center of European democracy. By transforming a heavily trafficated roundabout into a democratic gathering point, all citizens and insittutions of the European Union are unifyed under one roof. Place Schuman will transform the European Quarter from a city for cars into a city for people. 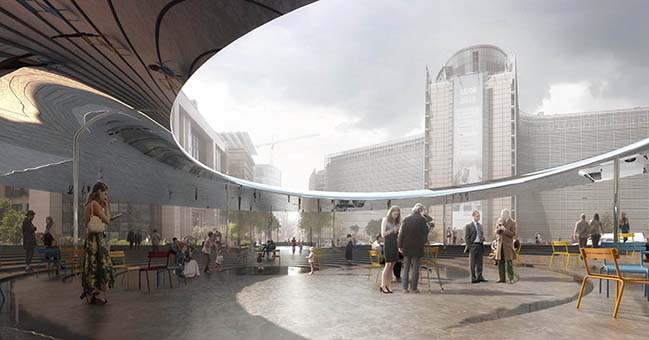 A funnel shaped opening in the roof frames the surrounding institutions of the European Union on the square. 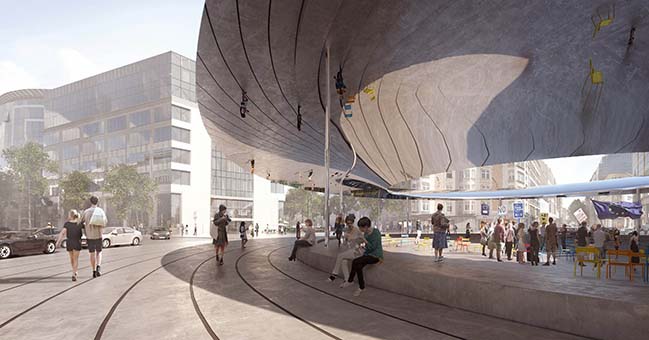 The agora will be designed as concentric circles, inspired by the European Parliaments’ hemicycle. 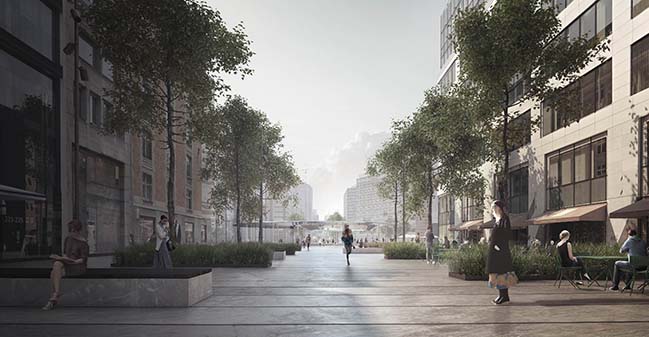 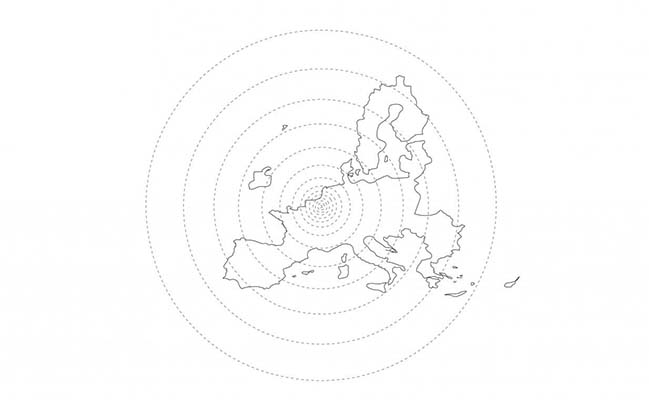 The European Quarter is situated in the center of the European Union, in Brussels, Belgium. 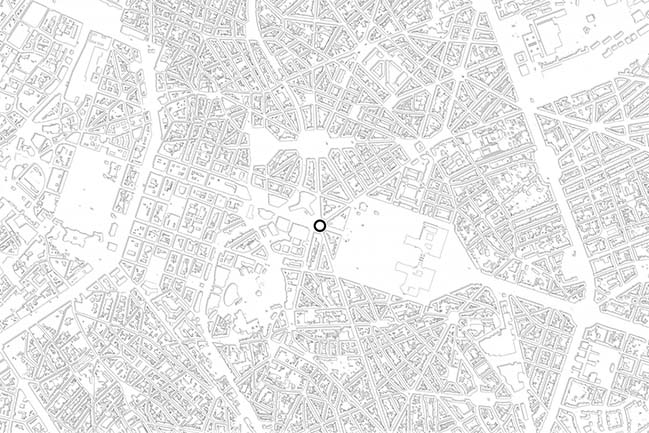 Today there is a heavily trafficked roundabout in between the main institutions of the EU.

How can you create a permanently accessible, open and democratic public space instead? 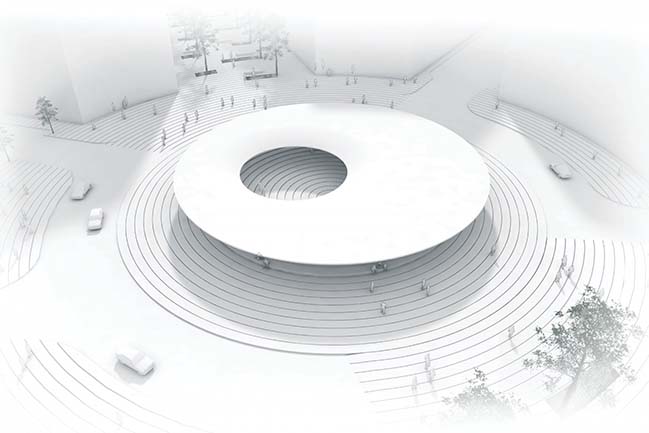 Place Schuman transforms the former roundabout into an urban space and meeting point for the entire EU.

An iconic roof structure reflects the square and the people below, whilst an opening shaped as a funnel creates visual connection to the neighbouring European institutions.

A minimized trafficked area transforms the European Quarter from a city for cars into a city for people. 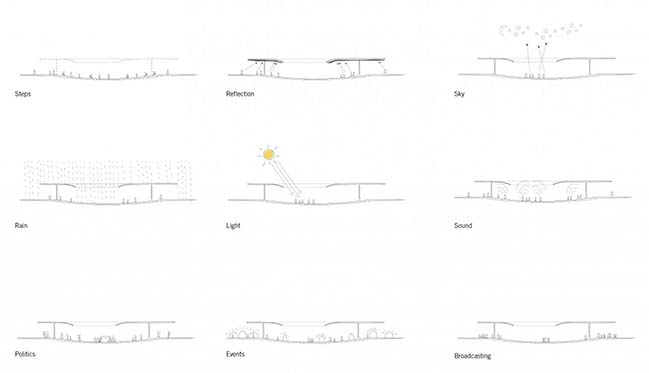 The experience and expression of the place will change depending on the wheather conditions, time of year, activities performed etc. 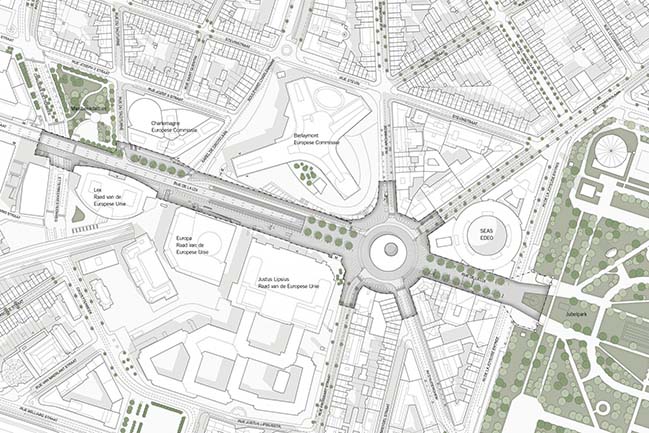 Surrounding the agora, a large pedestrian area will connect Place Schuman to the neigbouring Cinquantenaire Park and the bridge of Rue de la Loi over Chaussée d’Etterbeek.

The large pedestrian area will continue the circular pavement, emphasizing Place Schuman as the center of European democracy.

COBE and BRUT design the entrance to the European Union

12 / 10 / 2017 COBE and BRUT, together with ARA, UTIL and Buro MOVE, reveal the winning design for Place Schuman in Brussels, Belgium