David Chipperfield Architects has unveiled the new mixed-use buiding that set to be the tallest building in Hamburg. 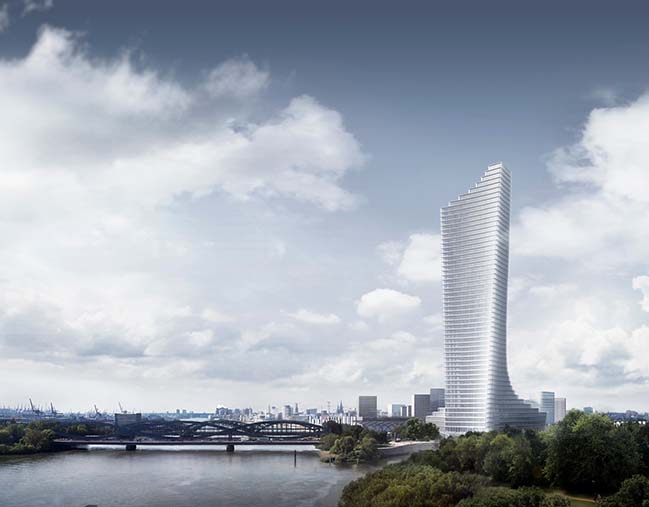 From the architect: Situated on an exposed riverside site near the well-known Elbbrücken, this new mixed-use building acts as an entrance marker on the eastern edge of the Hafencity quarter and forms a counterpoint to the Elbphilharmonie to the west. Occupying a triangular plot at the point where the River Elbe and Oberhafen canal converge, the site offers the opportunity to create a freestanding, sculpted building. The building complements and contrasts with the form of the Elbphilharmonie, rising as a tapered tower above a public atrium. Set to be the highest building in Hamburg, the Elbtower is a key part of the Hafencity masterplan. 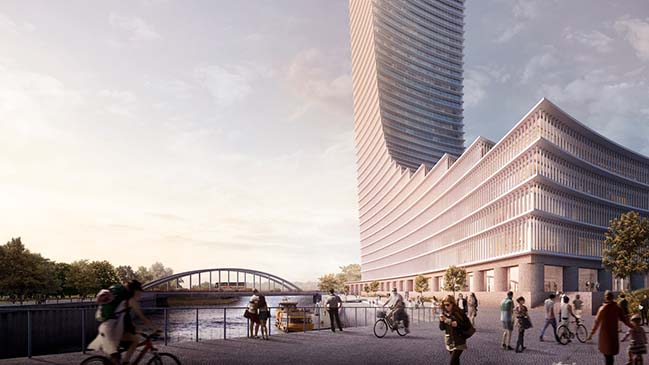 In contrast to the tower’s light appearance when viewed from a distance, the ground floor forms a more solid podium, embedded in the topography of the site. This podium opens to the city, linking to the train and underground station to the east and a bicycle-bridge over the canal to the north. These entrances converge to create an inner courtyard which provides access to the tower and extends the surrounding public realm. The podium and floors immediately above house a broad spectrum of public functions including bar, hotel, restaurant, retail and exhibition areas and the tower largely comprises office space. 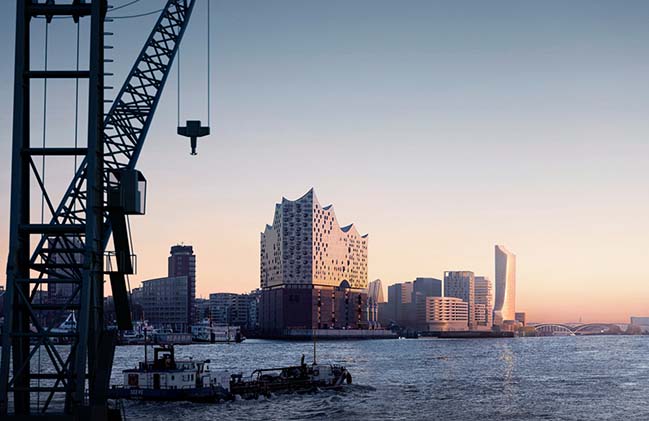 The façade is clad in a delicate screen of cambered, light-coloured aluminium profiles, which serve as solar protection and give a moiré effect. While the curtain wall plays with the reflections of the sun during the day, a lighting concept by Studio Other Spaces transforms the Elbtower into a kinetic light sculpture at night. 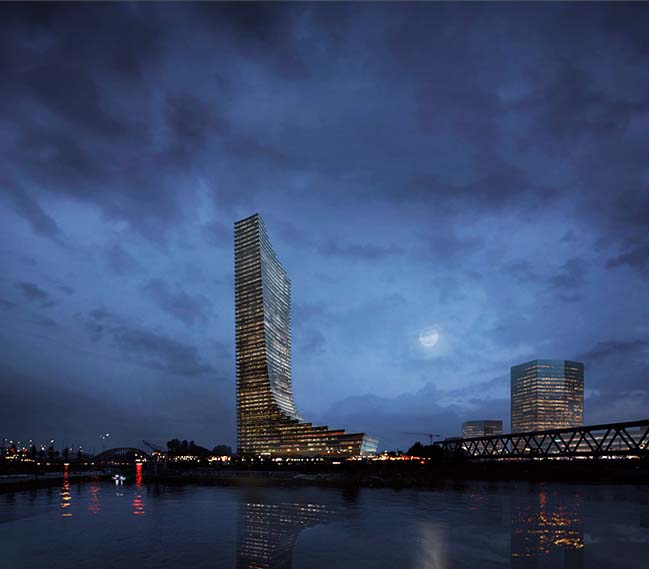 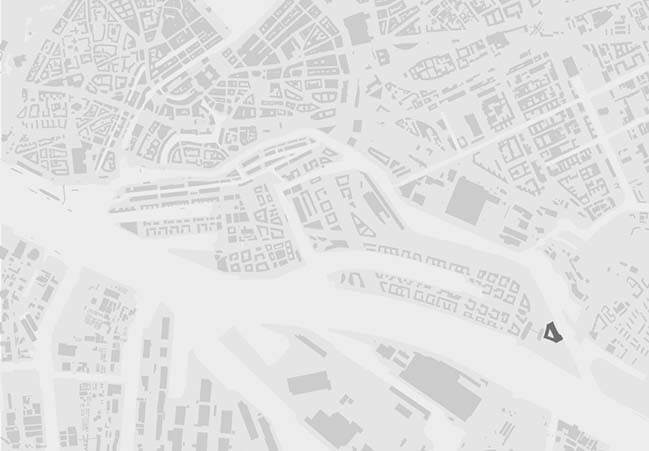 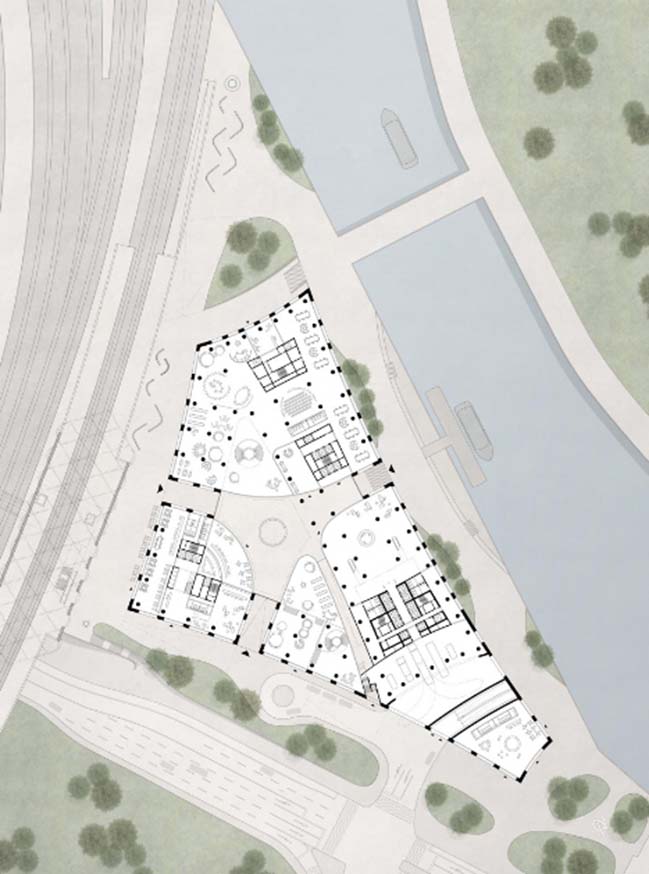 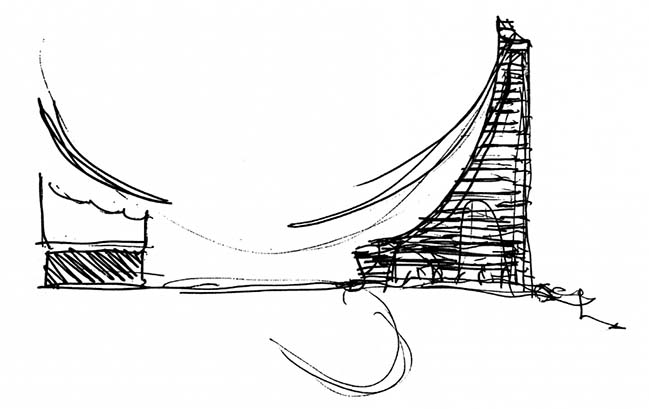 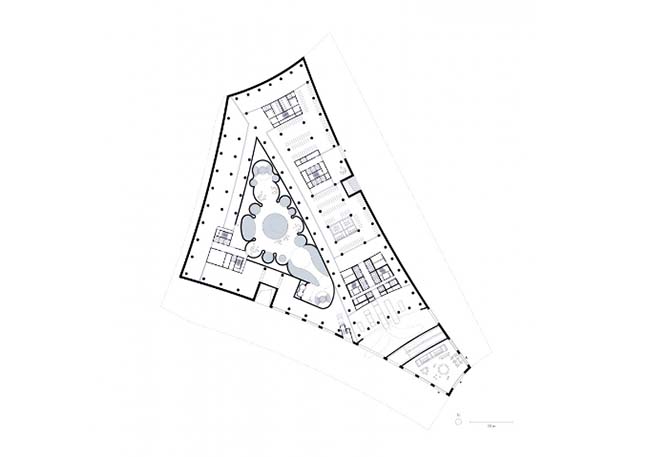 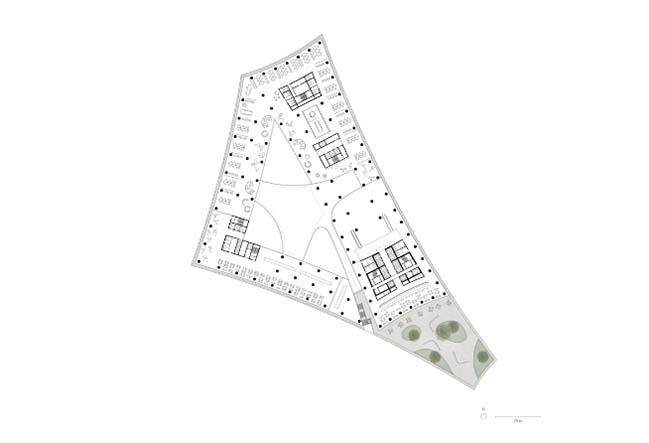 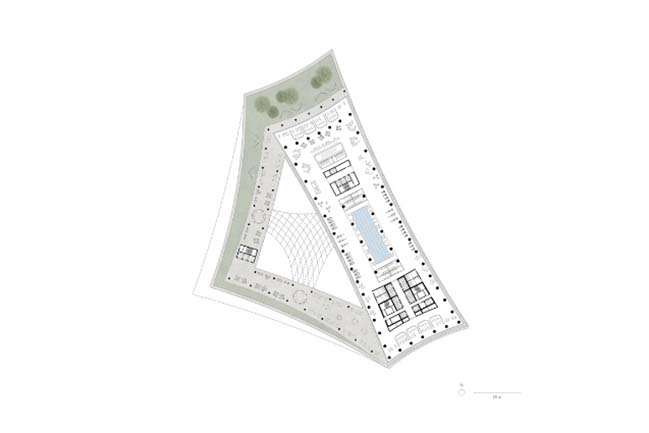 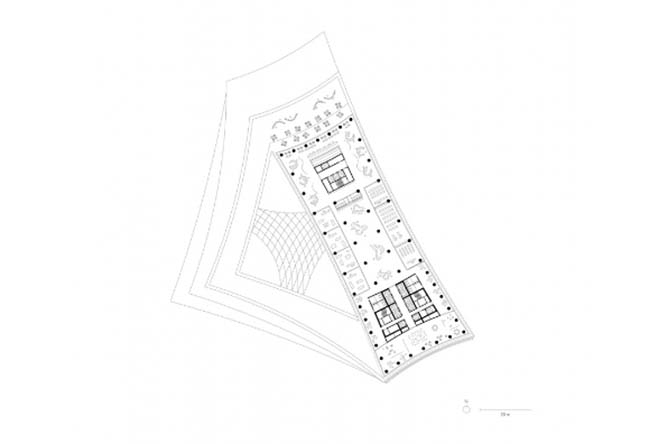 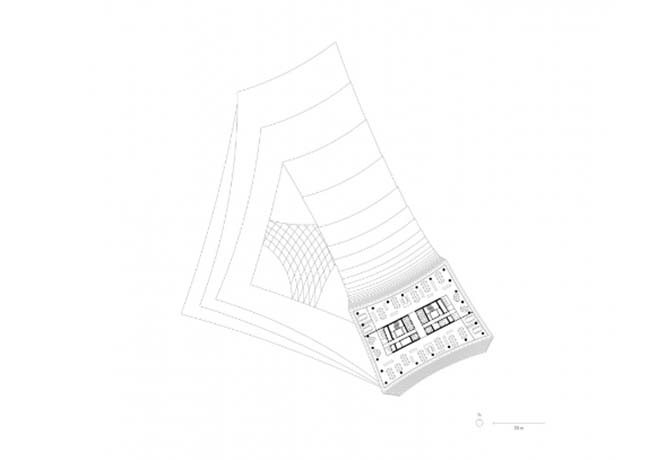 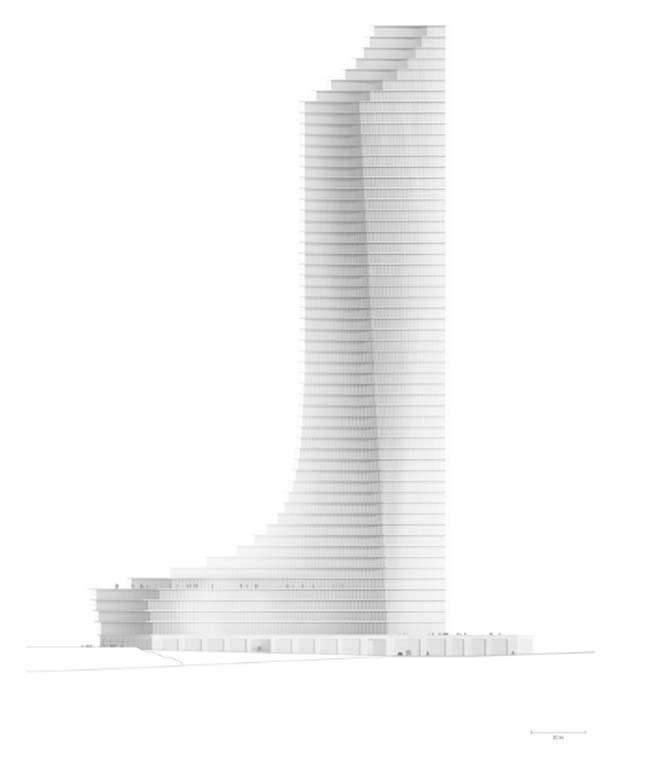 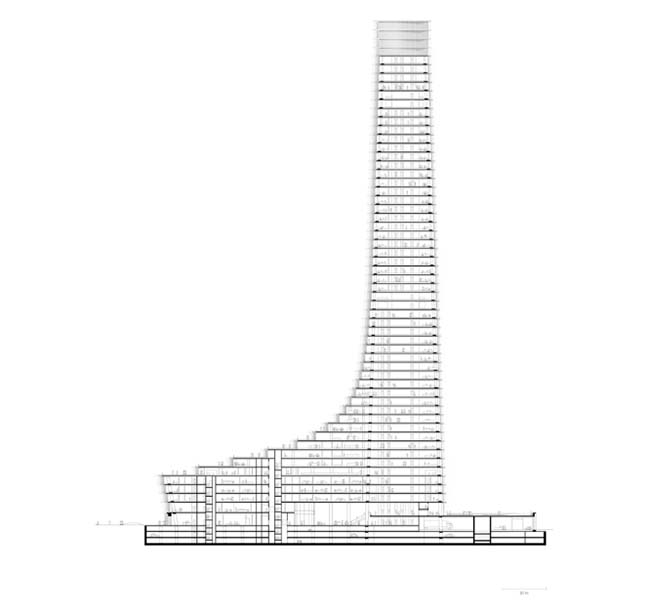 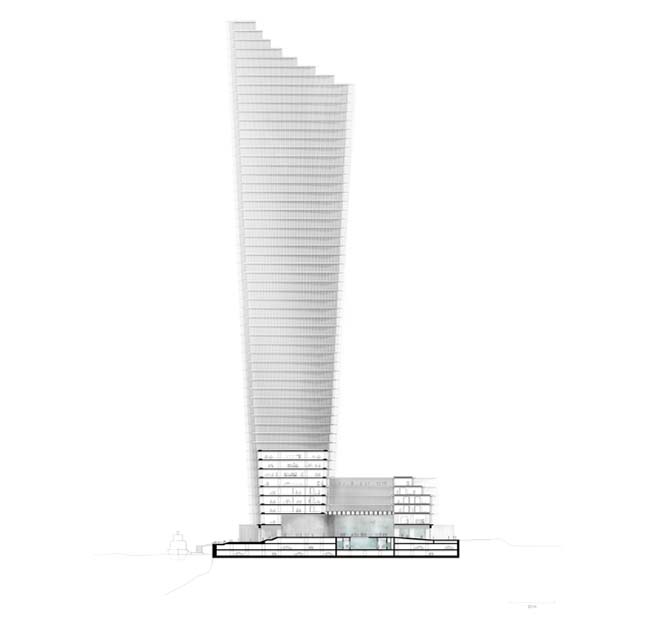