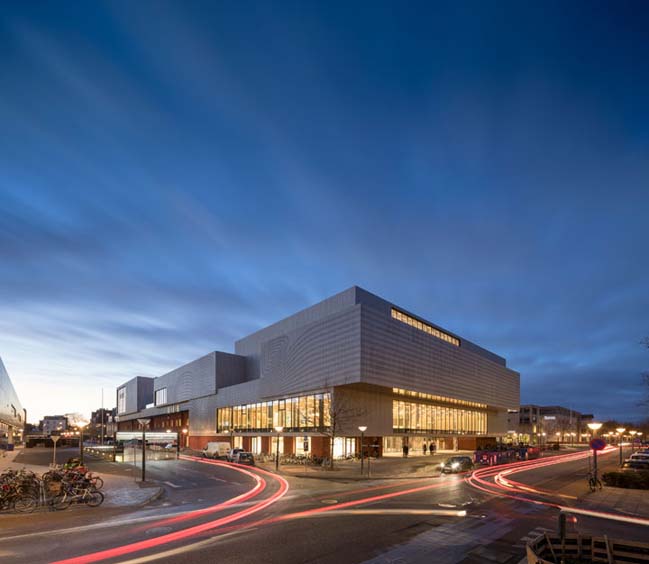 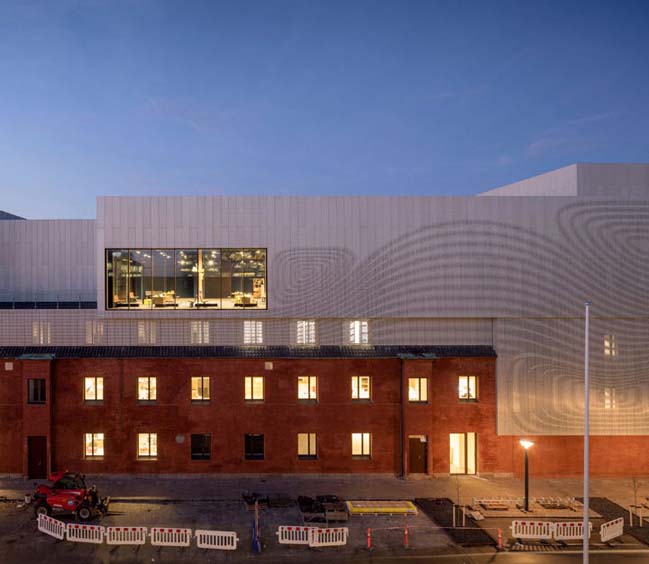 Project's description: The substantial extension and refurbishment of the Experimentarium future-proofs the science centre as a significant cultural destination. The project doubles the exhibition area with a total of 16 interactive exhibitions and also includes a large roof terrace, modern staff facilities with visual contact to the visitor areas, a large café and a picnic-area, a convention centre, teaching facilities and a series of workshops. 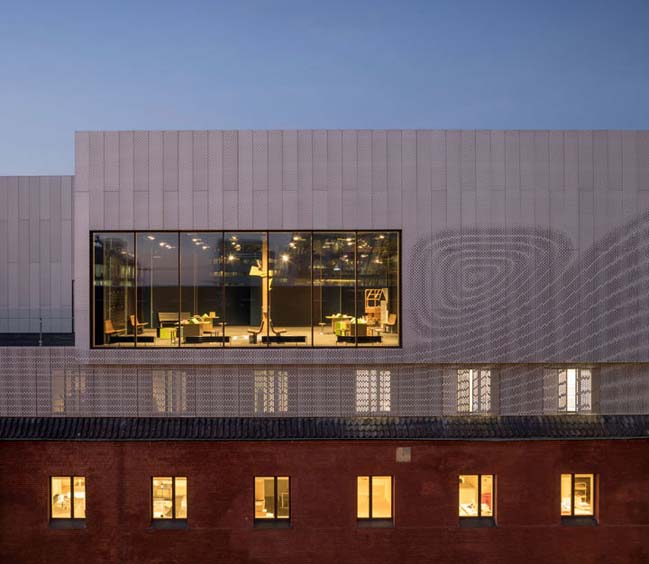 The aim of the design is a radical change of Experimentarium’s architectural expression. From previously being an introvert building to now appearing as an extrovert, engaging and vibrant attraction that makes its activities visible in the public space. However, this needed to happen within the footprint of the existing building, a former soft drink bottling plant, which meant that the only way to extend was by building inwards and upwards. 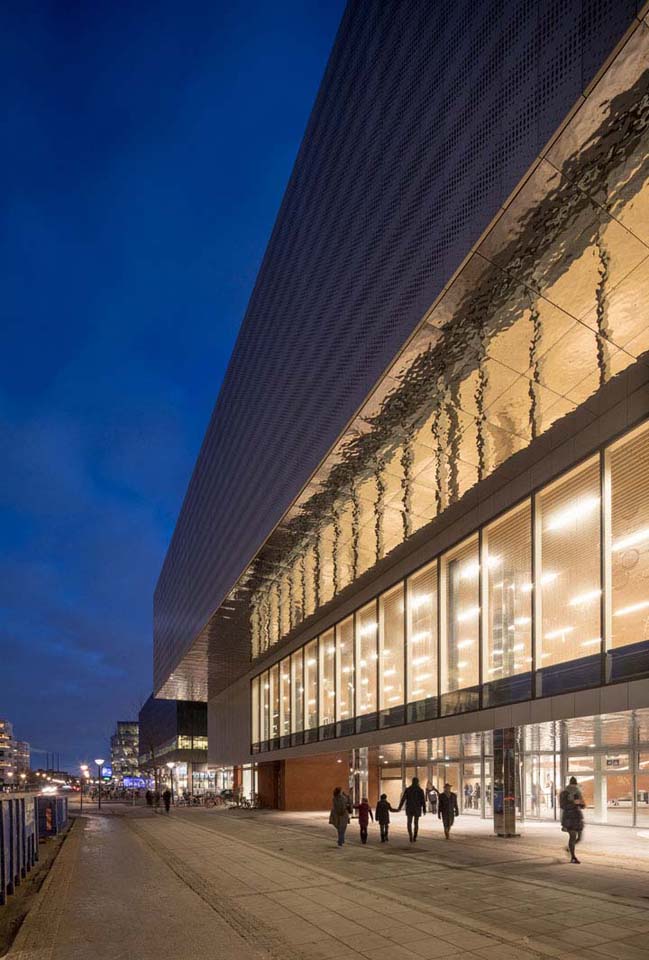 The building reorganized completely by mixing existing functions with new ones, adding new floors and cutting the building across in two places to insert atriums with eye-catching sculptural staircases. The functions break out of the existing structure, so to speak, by stacking a series of aluminium-clad boxes on top of the old building’s brick base. The boxes form a dynamic composition, which reflects Experimentarium’s function and the diversity of experiences that it offers. This light and modern expression is supported by the brick facade’s visual weight so that the bottling plant forms a stable and calm base for a new and dynamic building volume. 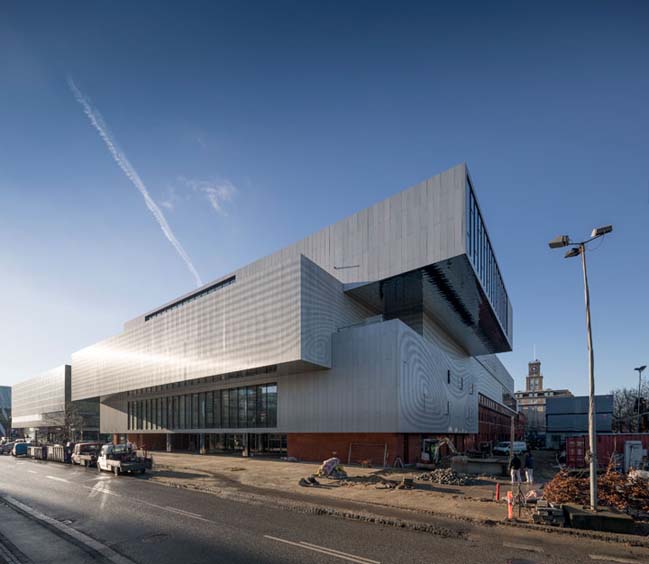 At the same time, the variation of retracted and cantilevering boxes divides the volume into smaller clusters, which allows the relatively long building to interact with the different surroundings that it meets. The aluminium panels are perforated by organic patterns based on fluid dynamics, which on the one hand link science and architecture and on the other allows daylight in. In selected spots, large glass sections form “eyes” that expose the wonderful Experimentarium universe and are applied as a form of architectural rubato – the musical term that describes the expressive shaping of music by means of slight shifts and changes of tempo. 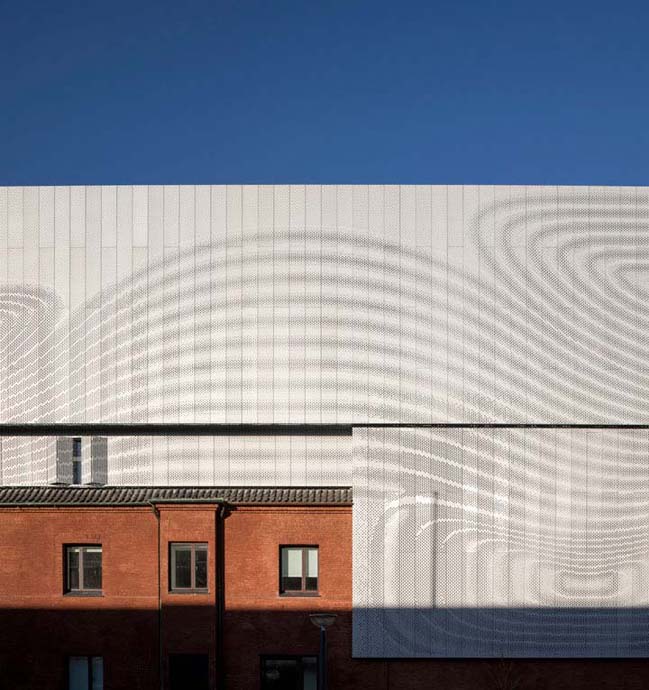 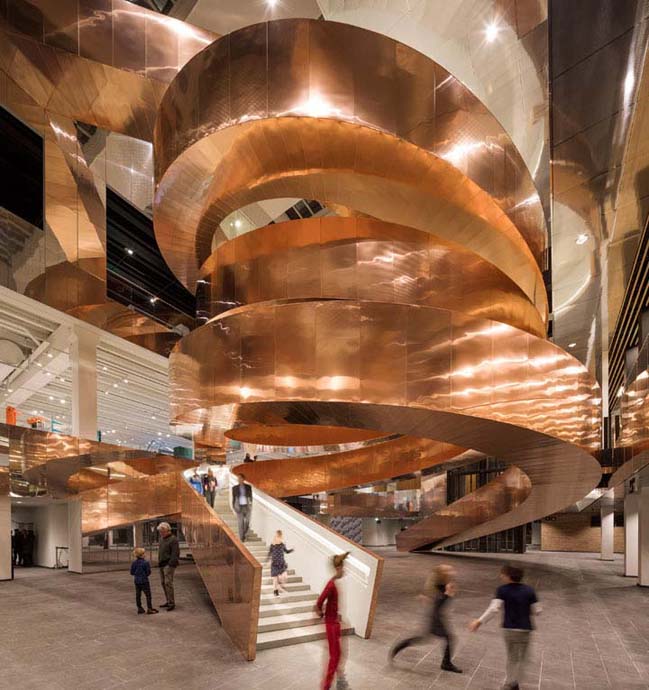 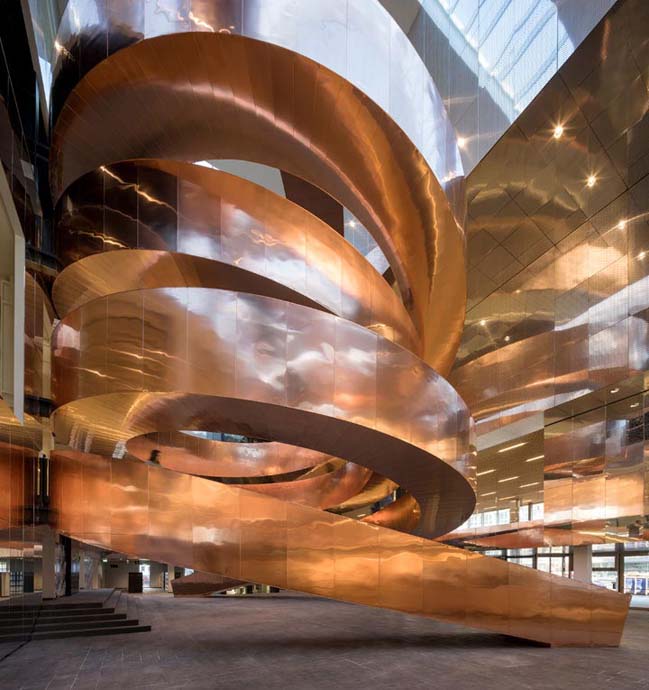 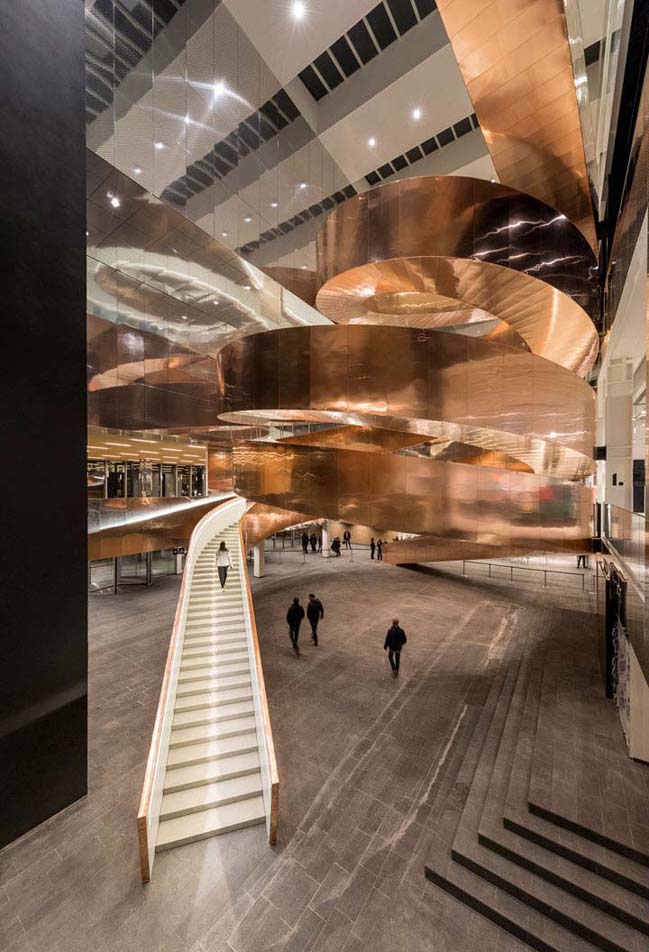 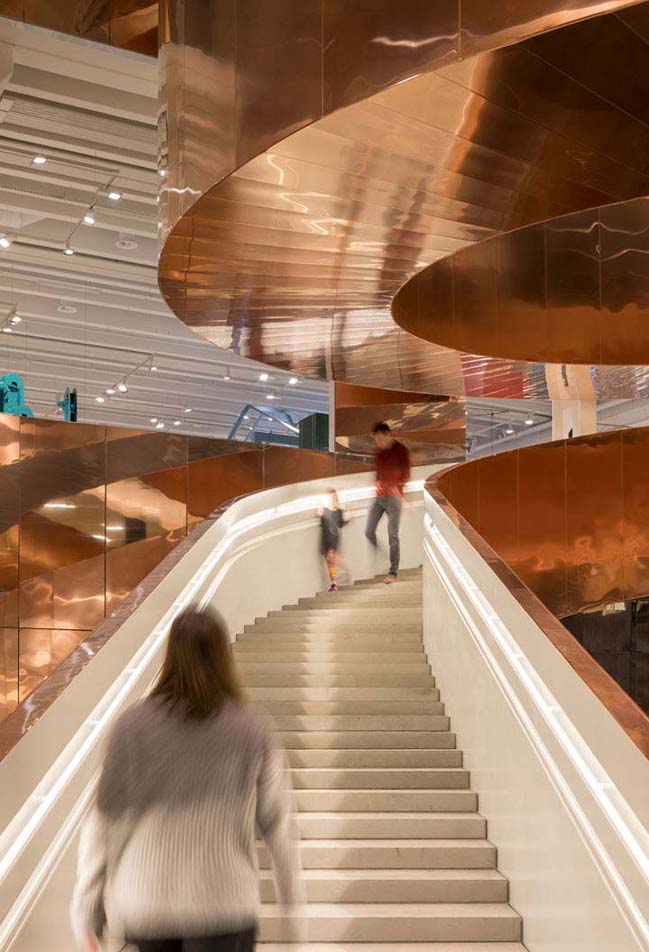 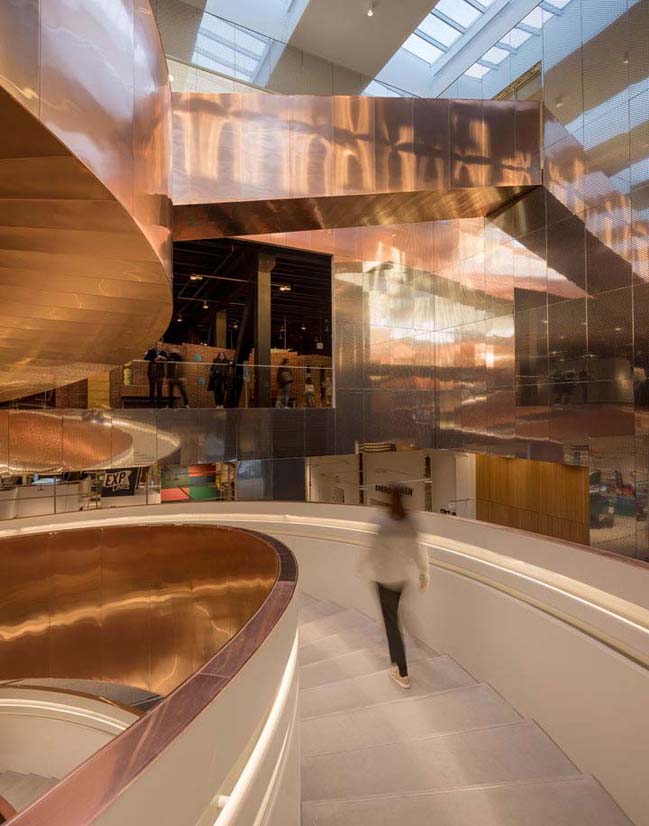 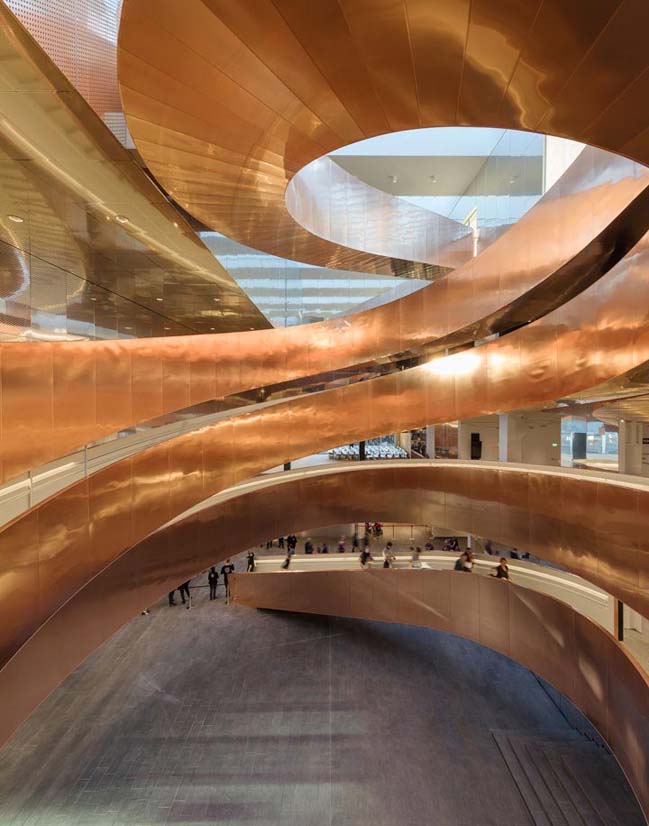 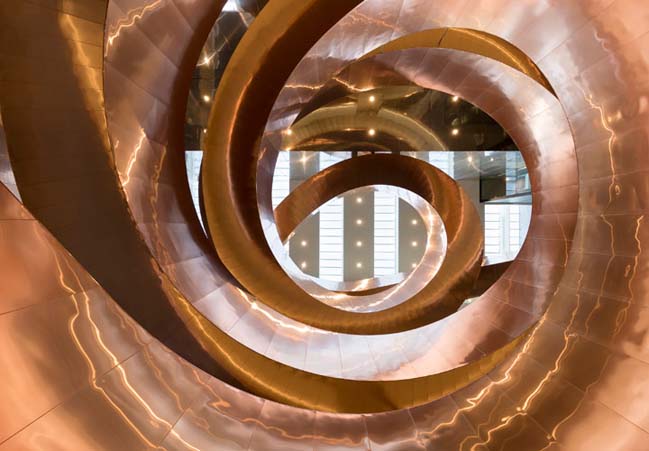 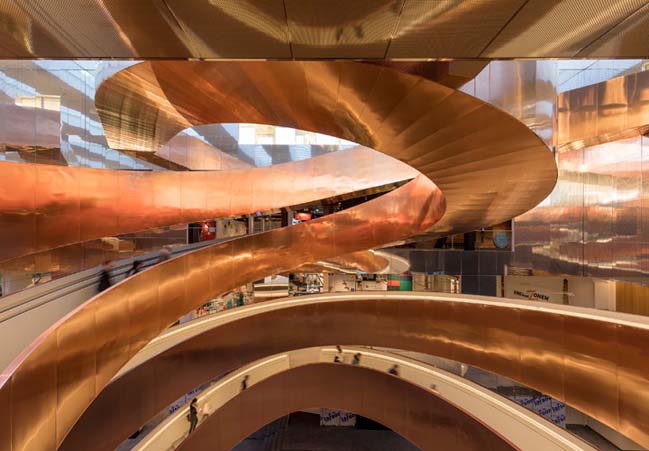 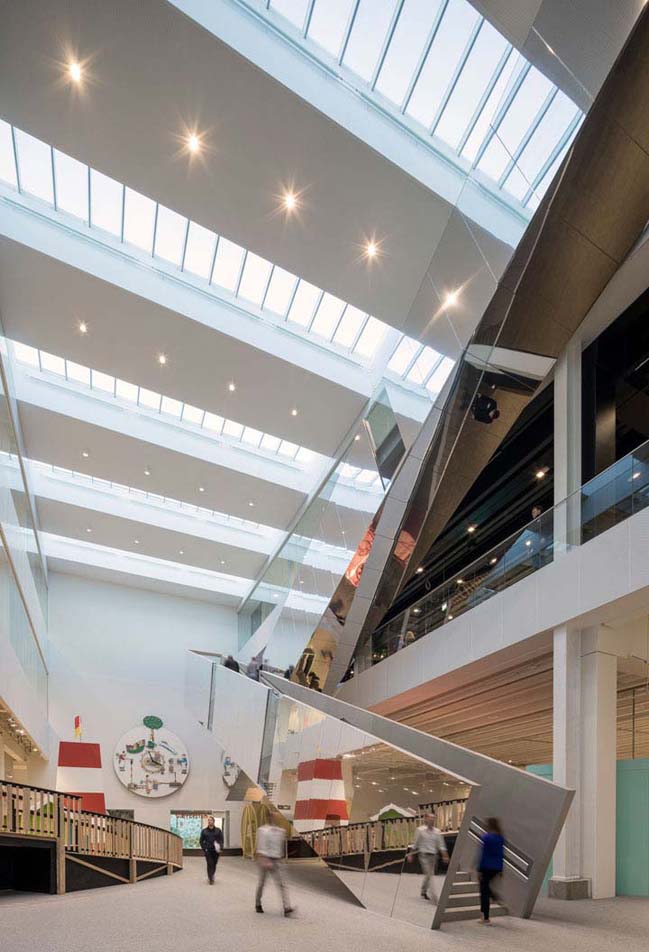 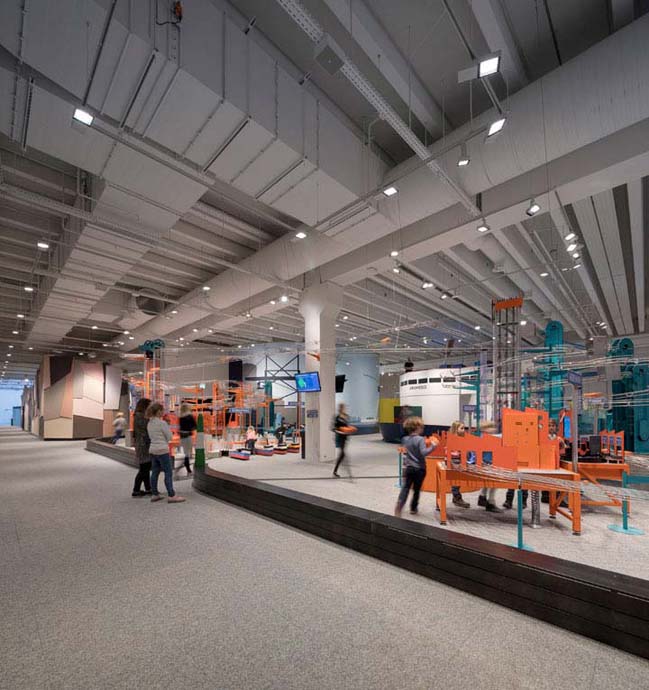 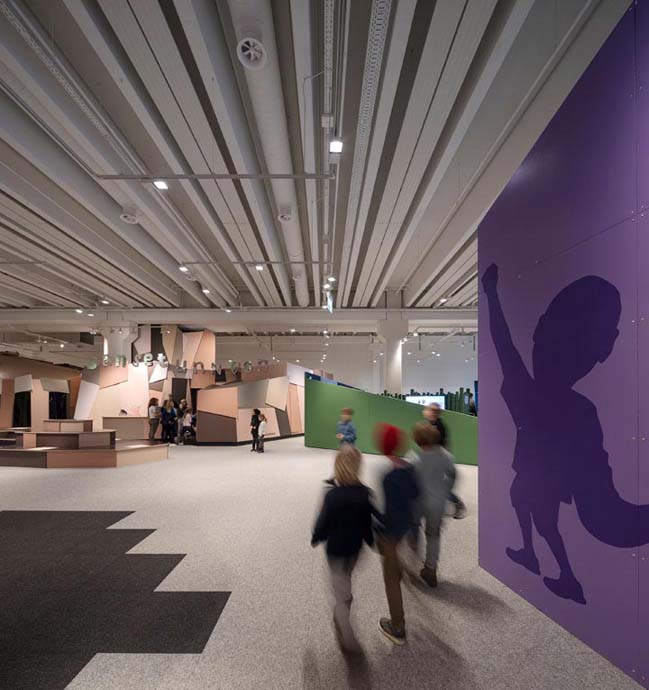 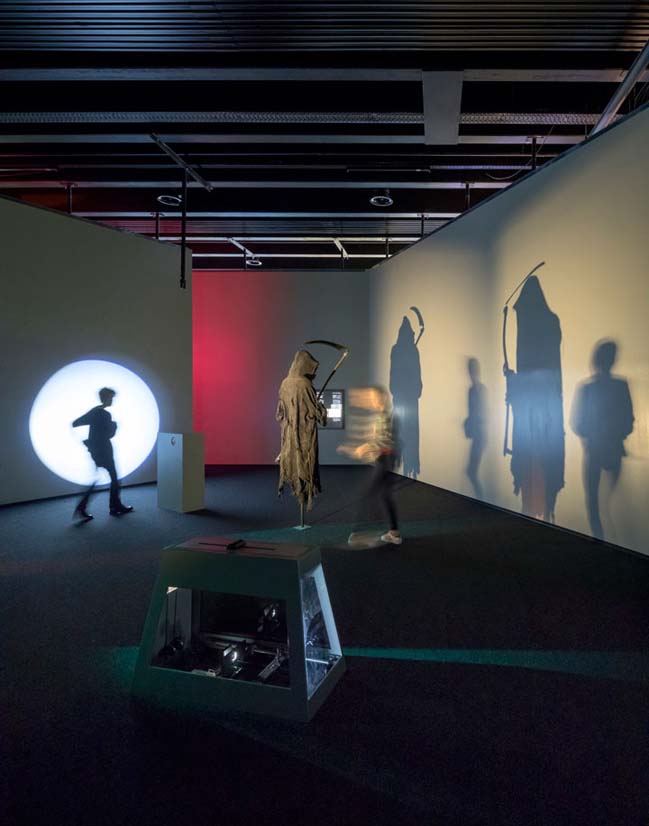 Recommended post: Woldon has completed a full refurbishment of a mews house in Marylebone