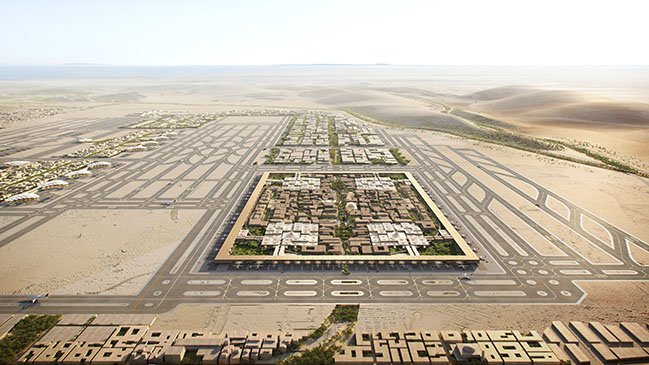 From the architect: Foster + Partners has won a competition to design the masterplan for King Salman International Airport which will boost Riyadh’s position as a global logistics hub, stimulate transport, trade and tourism, and act as a bridge linking the East with the West. 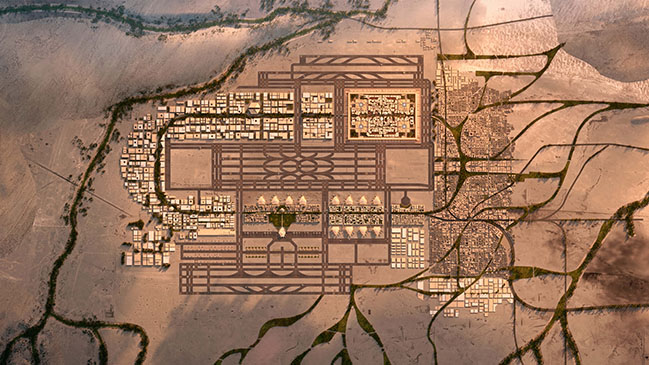 Luke Fox, Head of Studio, Foster + Partners, said: “Looking forward to the future, the new King Salman International Airport reimagines the traditional terminal as a single concourse loop, served by multiple entrances. The terminal is very much of its place and connects passengers to the sensory experiences of the city, with natural elements, tempered light and state-of-the-art facilities.” 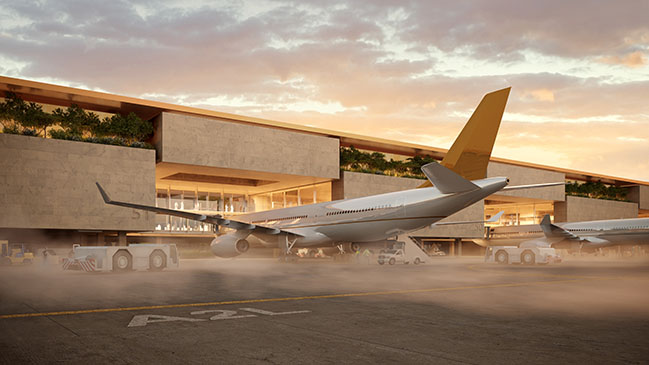 King Salman International Airport is expected to be one of the world’s largest airports covering an area of approximately 57 km², allowing for six parallel runways and including the existing terminals named after King Khalid. It will also include 12km² of airport support facilities, residential and recreational facilities, retail outlets, and other logistics real estate. The airport aims to accommodate up to 120 million travellers by 2030 and 185 million travellers, with the capacity to process 3.5 million tons of cargo, by 2050. 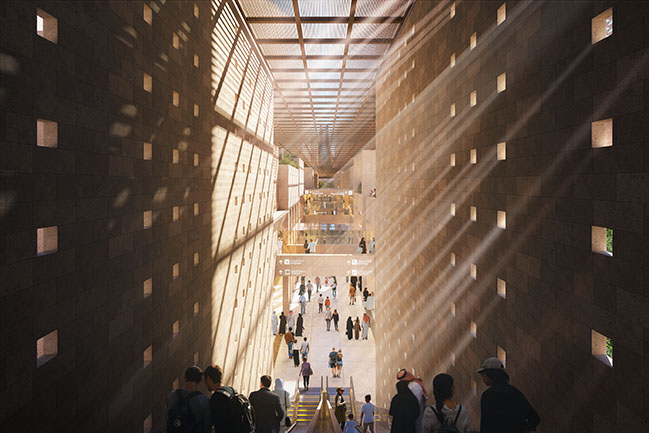 The airport will become an aerotropolis centred around a seamless customer journey, world-class efficient operations, and innovation. Riyadh’s identity and the Saudi culture will be taken into consideration in the airport’s design to ensure a unique travel experience for visitors and transit travellers. 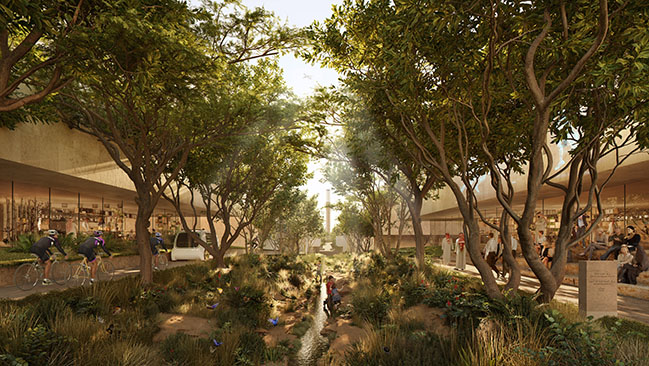 With sustainability at its core, the new airport will achieve LEED Platinum certification by incorporating cutting edge green initiatives into its design and will be powered by renewable energy.

Seif A. Bahaa Eldin, Senior Partner, Foster + Partners, added: “This visionary development will play an important role in shaping the city into a global hub of creativity and innovation.” 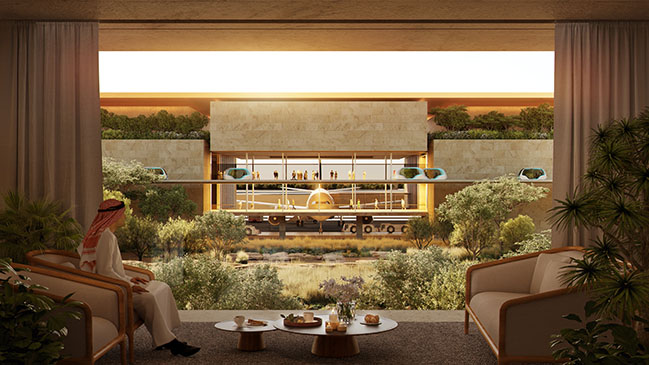 12 / 02 / 2022 Foster + Partners has won a competition to design the masterplan for King Salman International Airport which will boost Riyadh's position as a global logistics hub...