The Ciclostile Architettura transformed a barn from the 1960s into a workplace for the artist in Bologna - an experimental and narrative environment where the light and surrounding hills shape the architecture. 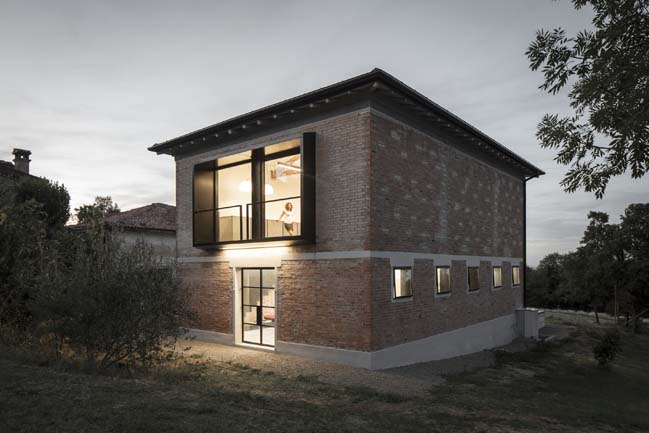 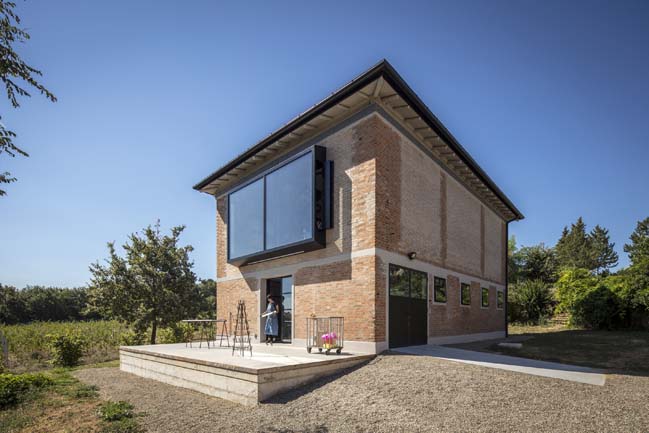 From the architects: The needs of the client have been translated into design gestures, in line with the essence of the building, which is not of particularly architectural quality, but interesting for the spaces that it can hold inside. 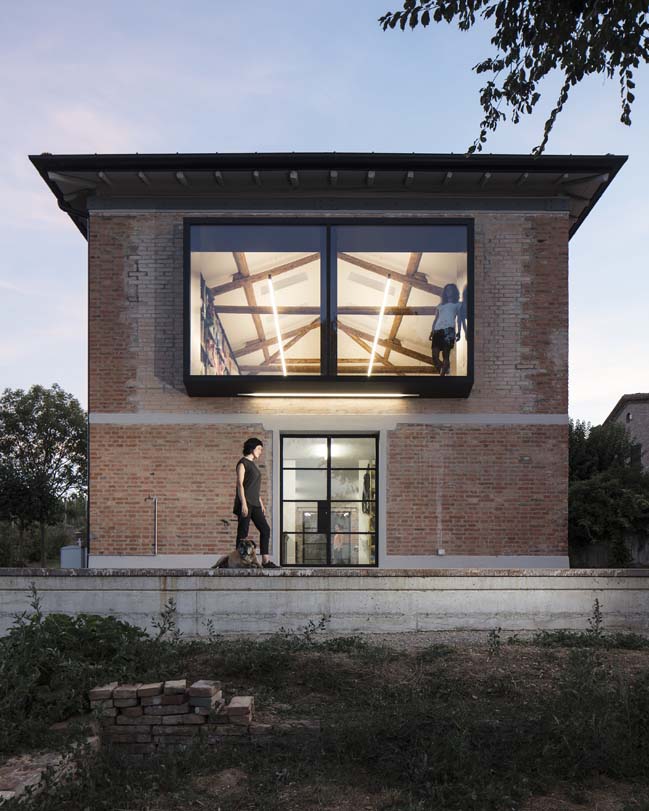 Planimetric distribution places on the ground floor all the main rooms and rest rooms, in order to completely free up the first floor and dedicate it to a large open space overlooking the landscape, taking advantage of existing heights to get a bright and ventilated space. 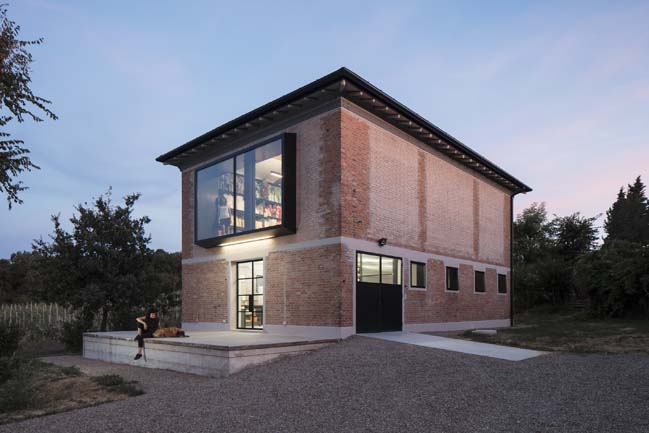 Another fundamental element of the project is symmetry. The structural shape of the ground floor is given by a reinforced concrete structure with two rows of pillars marking the plan. In fact, the project started from the pillars to rearrange the rooms, and following the needs of the client. 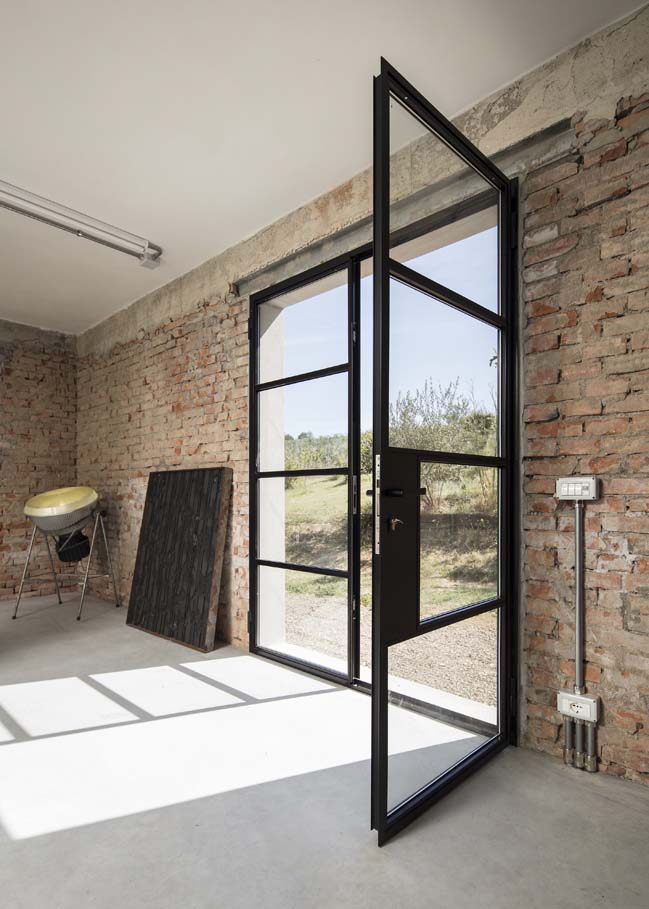 The plan has been thus divided into three parts: two wider spaces characterized by a laboratory and a study, and a third dedicated to services that becomes a filter zone between the two main spaces.

A third fundamental aspect of the project is the relationship with the landscape, which is pursued through a greater visual connection. In fact, this aspect is translated into the transformation of the facades, with the creation of large openings to increase the internal-external relationship in the first floor space. 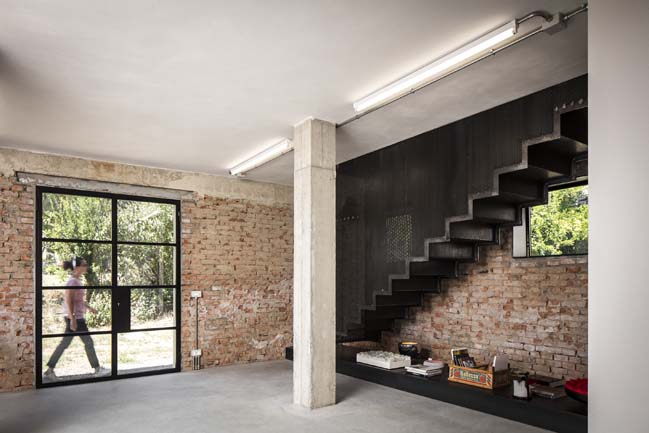 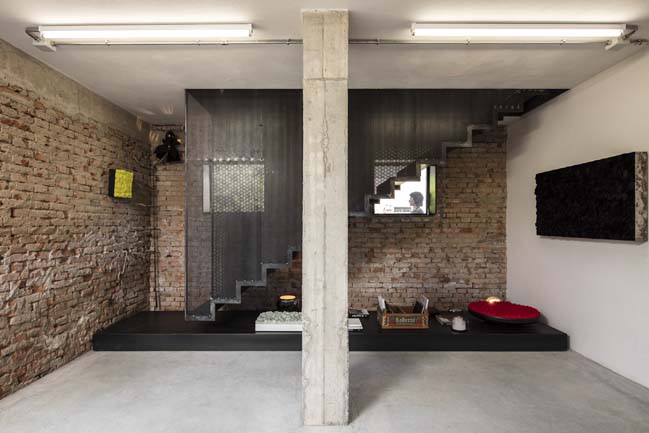 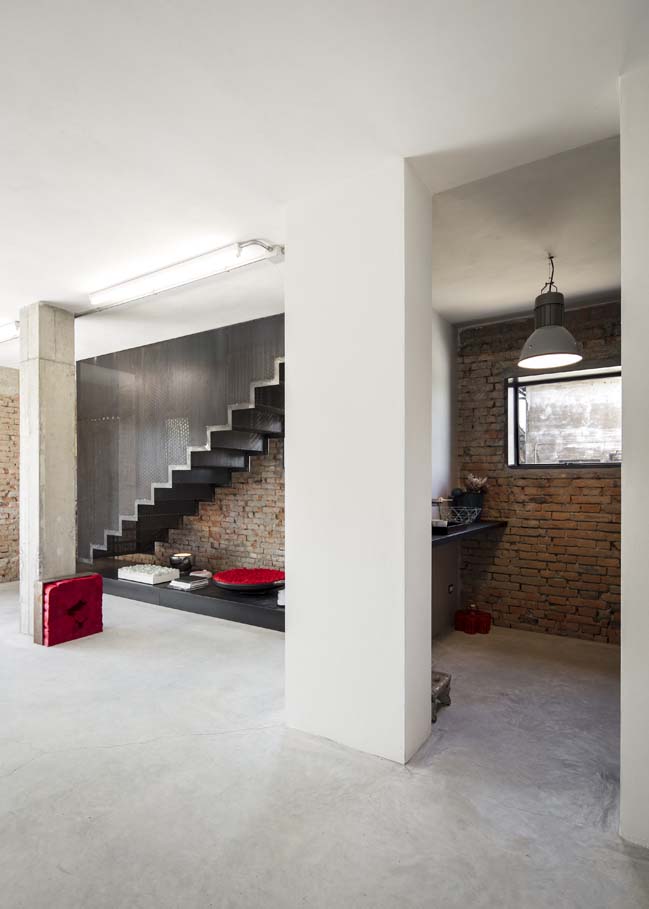 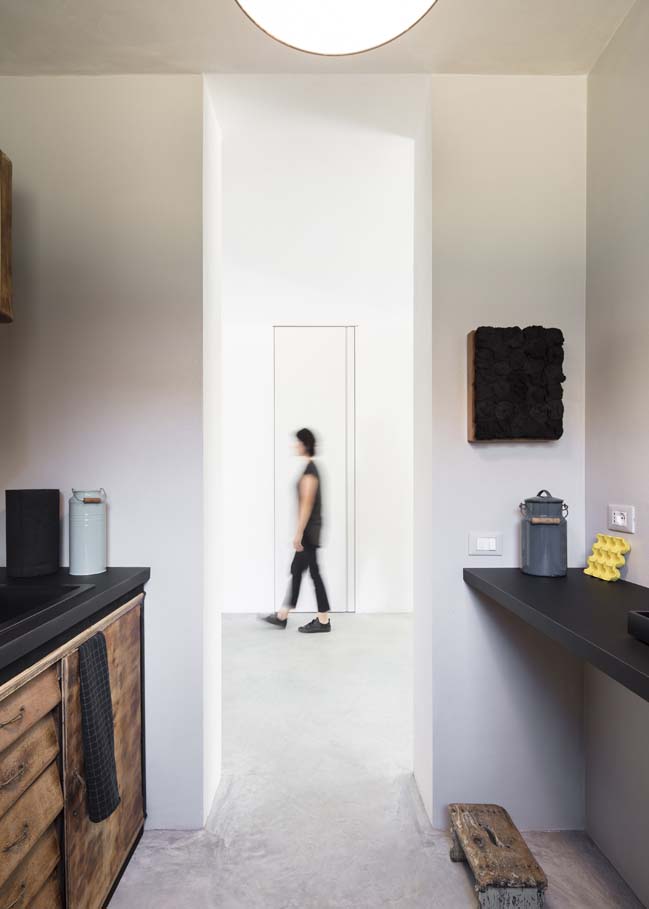 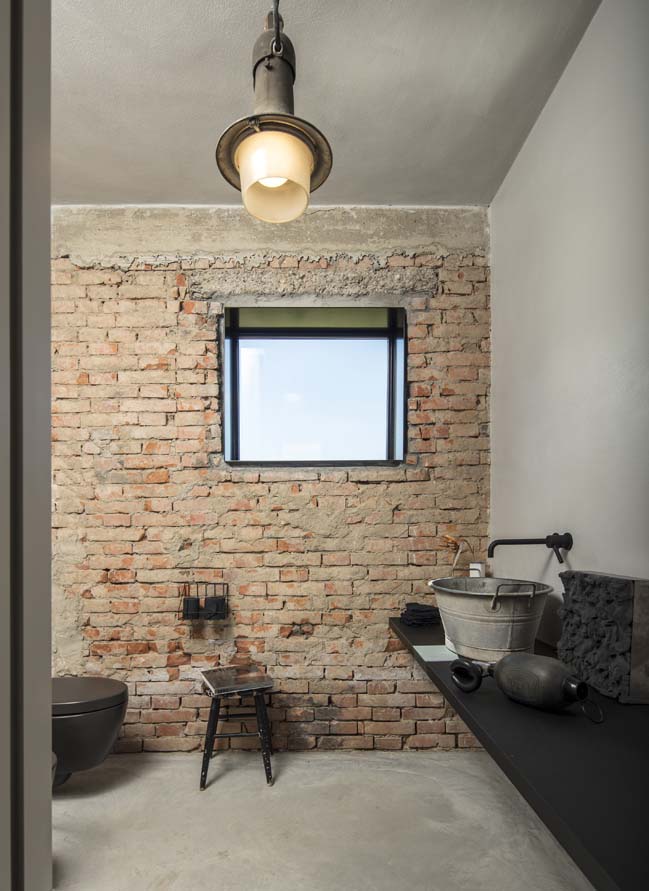 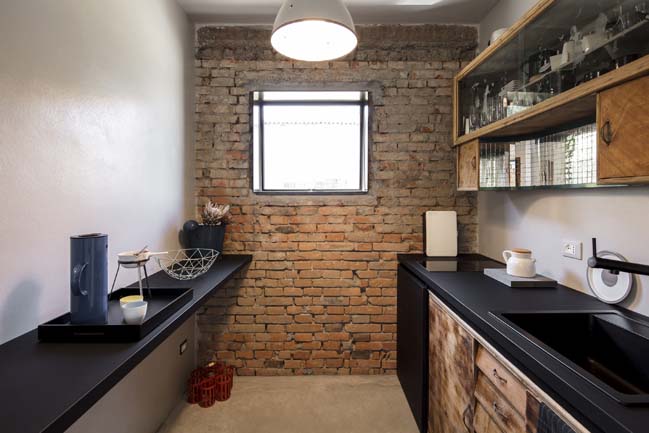 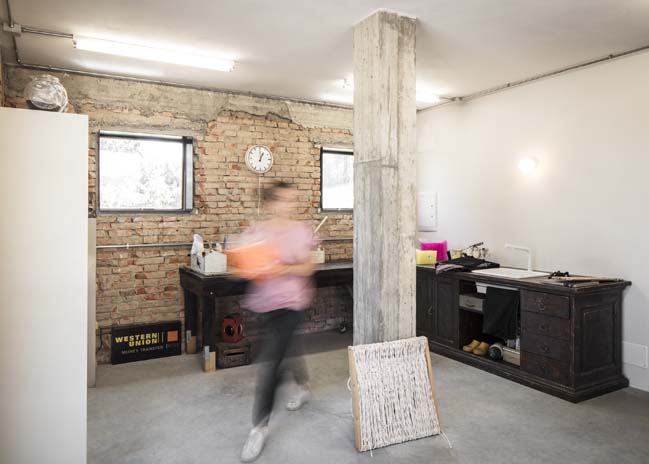 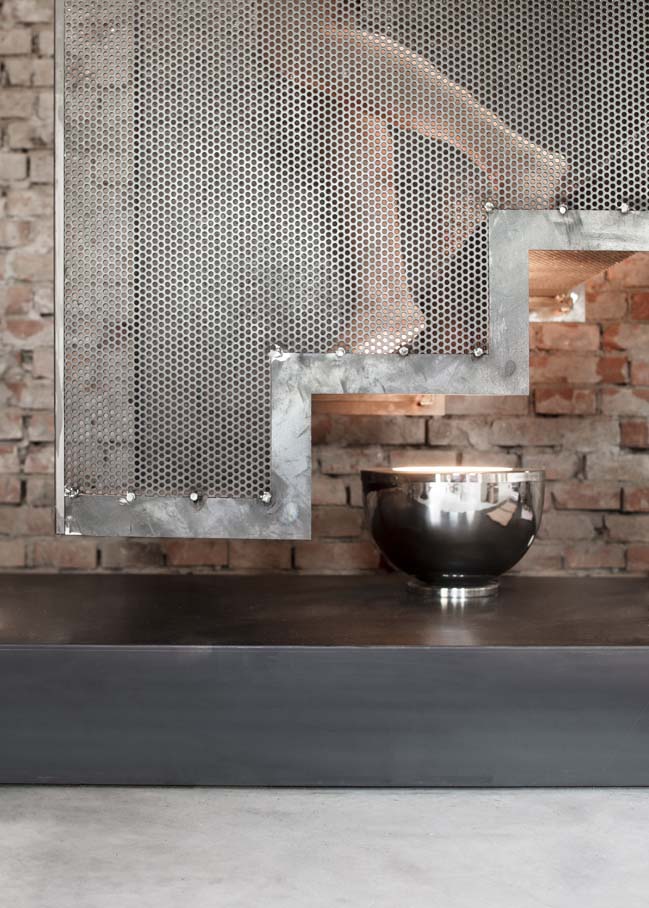 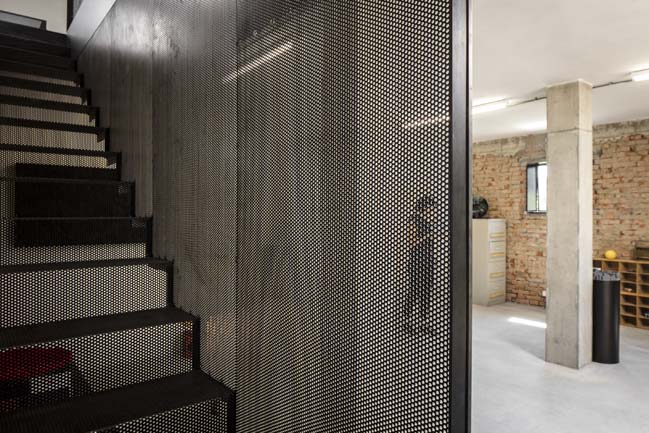 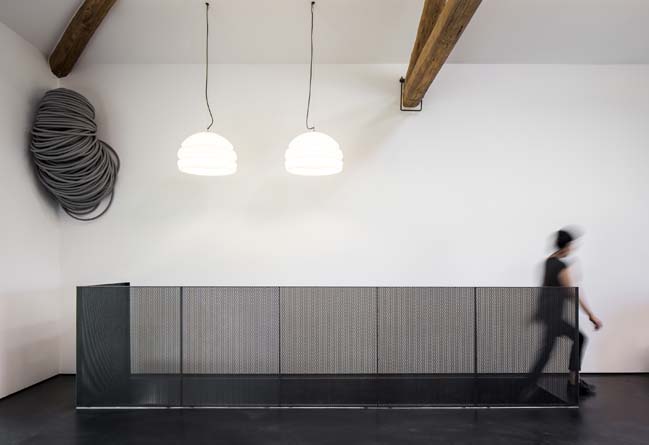 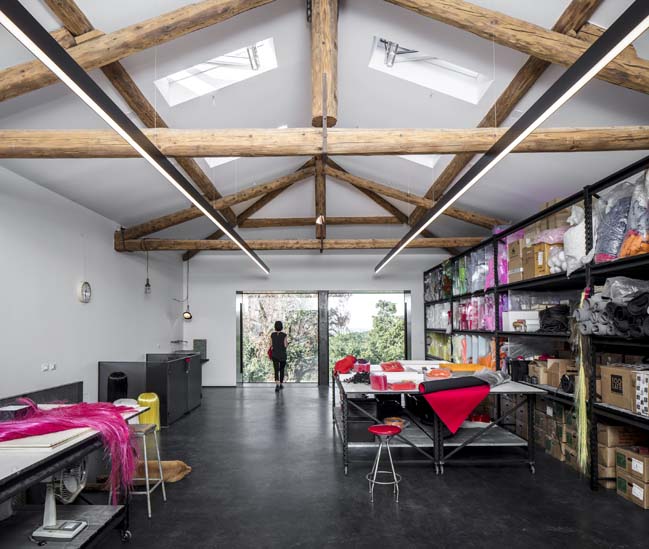 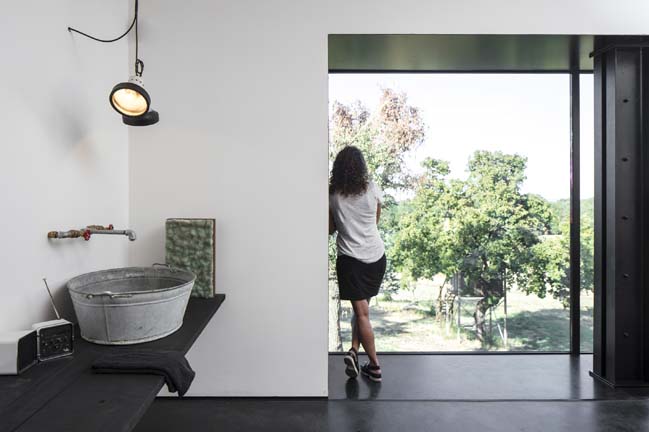 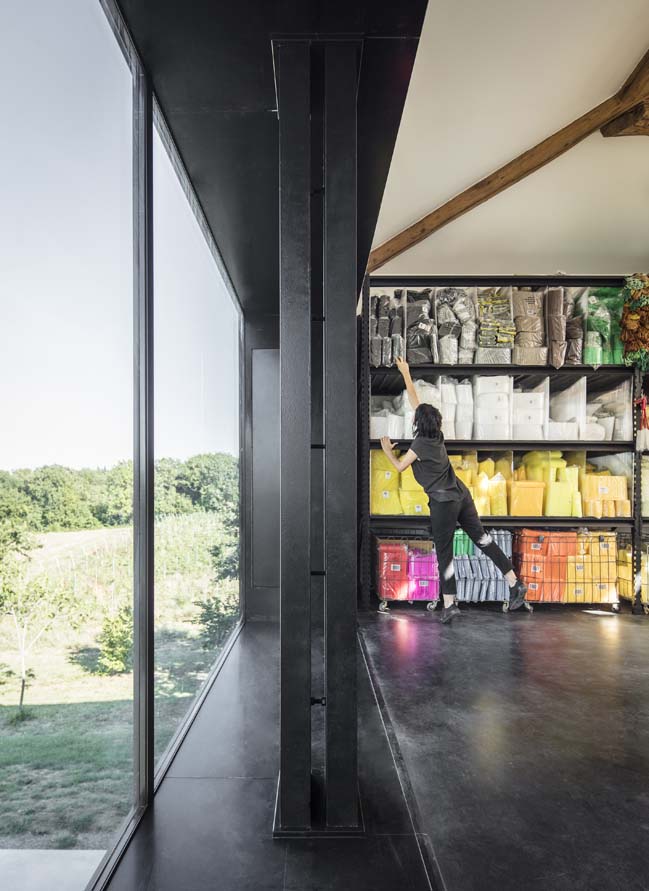 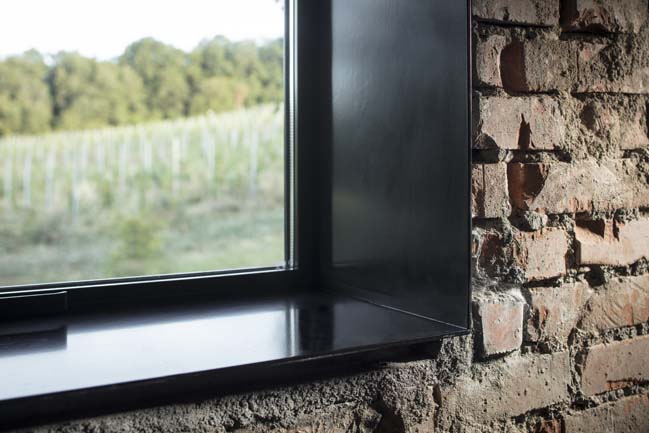 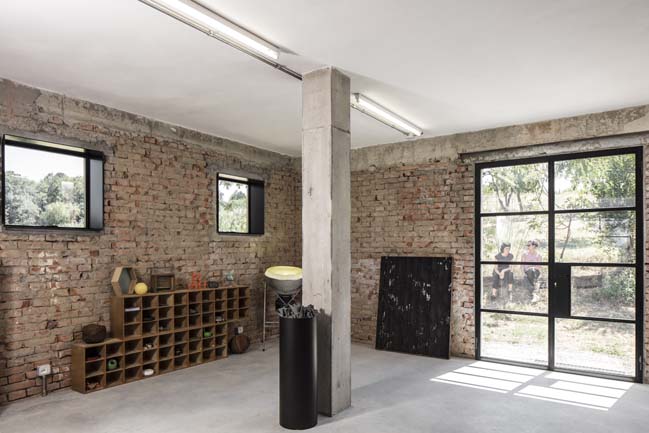 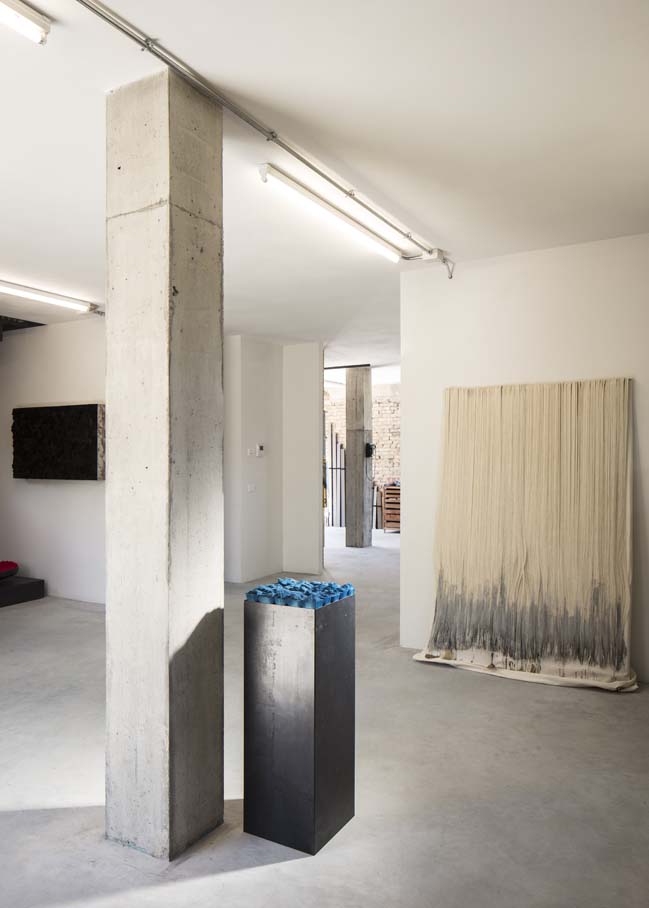