Designed by Grimshaw Architects. Oman Botanic will be the largest of its kind in the Arabian Peninsula and one of the largest in the world. 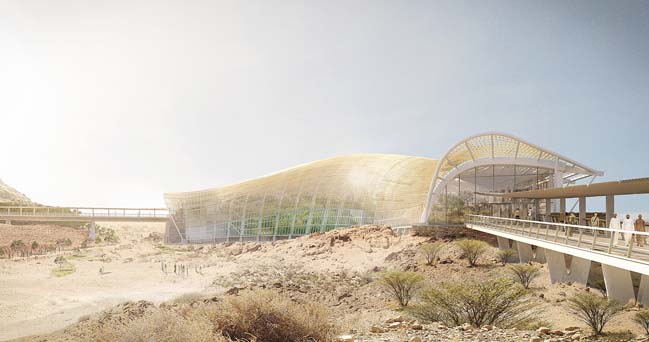 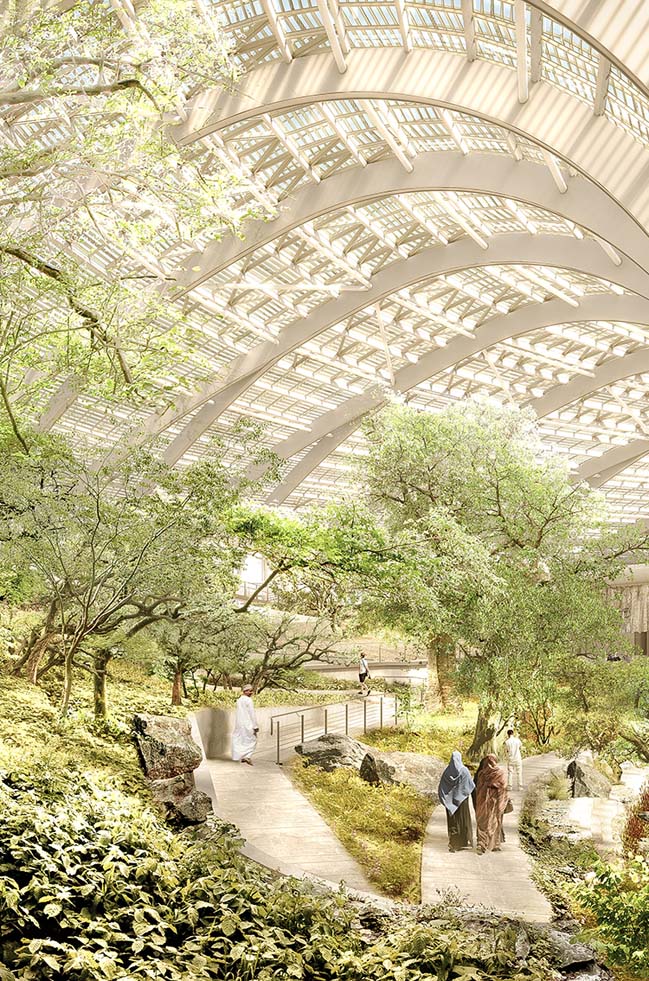 From the architects: Covering 420 hectares, the Oman Botanic Garden will be the largest of its kind in the Arabian Peninsula and one of the largest in the world. The garden will conserve and celebrate Oman's botanic diversity within two biomes and surrounding external habitats, containing the country's most endangered and endemic flora. 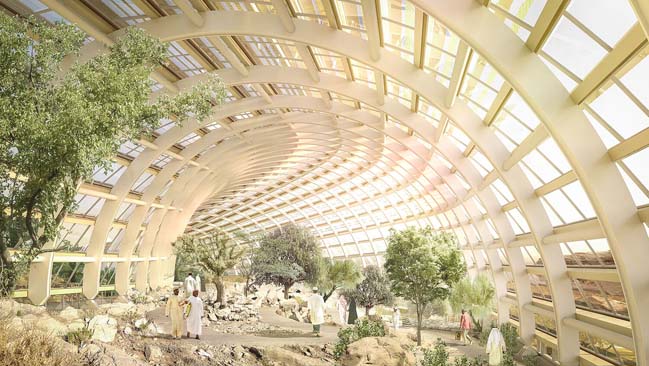 Located at the foot of the Al Hajar Mountains, the site itself is one of only a handful of locations in the world where the ancient sea bed is visible, sitting 100 metres above sea level. The garden will also be home to a visitor centre and educational and research facilities, nestled within the natural ravines and ridges that traverse the site minimising disturbance to the existing terrain. 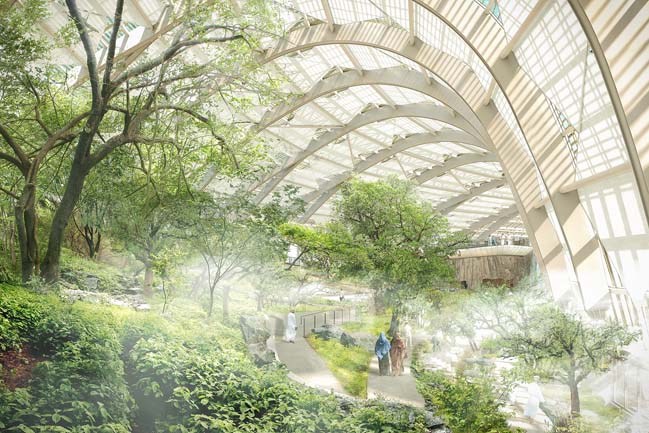 The entire flora of the Sultanate of Oman can be experienced as visitors make their way through the gardens. The eight defined habitats of the country are sensitively arranged at the centre of the site, bound by Jebel Sufra and the majestic Qurn Mubarak. 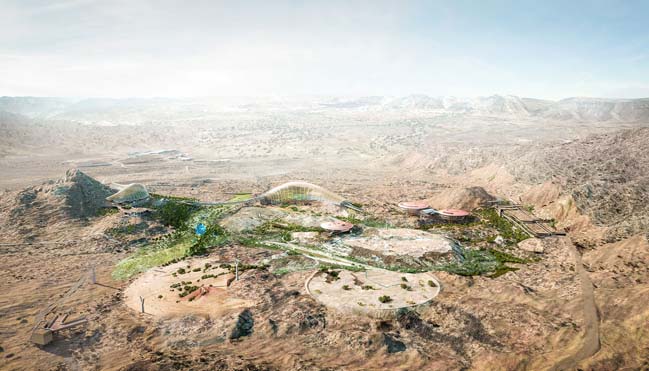 Oman's wadis, mountains and deserts are represented in an immersive landscape setting, displaying only native species, many of which cannot be found anywhere else in the world. The most sensitive of Oman's habitats are enclosed within the two biomes, which mimic the species' natural habitat. 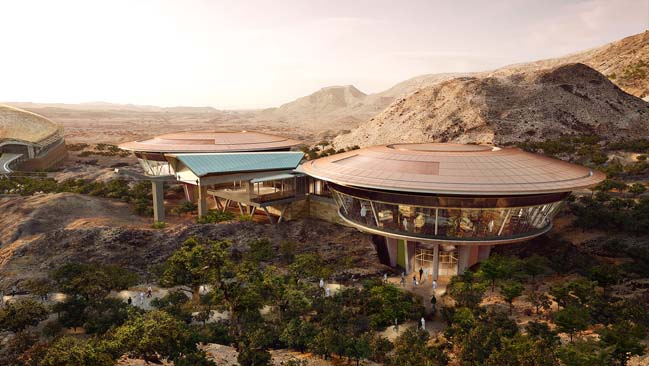 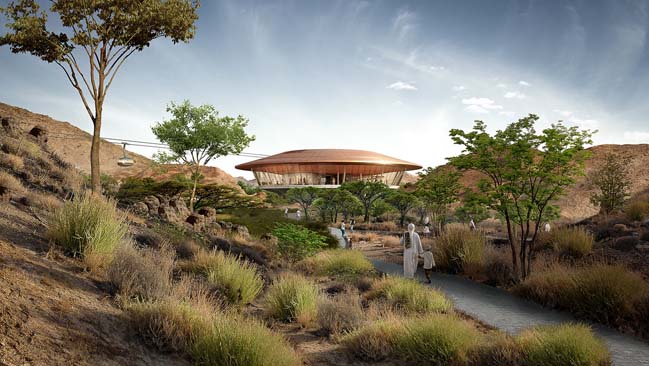 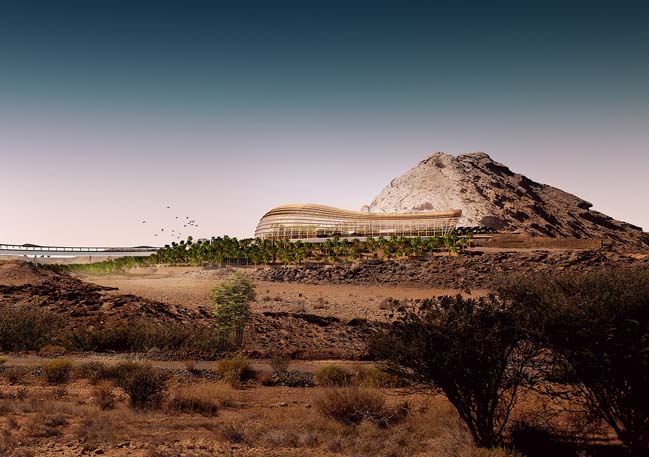 11 / 15 / 2017 Designed by Grimshaw Architects. Oman Botanic will be the largest of its kind in the Arabian Peninsula and one of the largest in the world

Recommended post: M19 - A dwelling for a young family with a child by Hush Architects