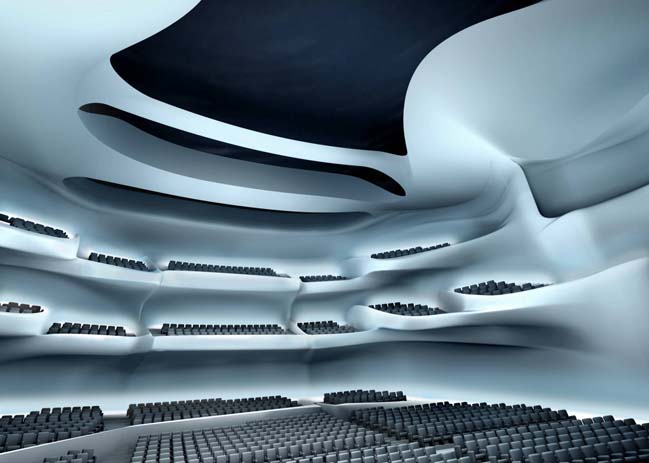 From the architects: The Taichung Metropolitan Opera House hosts a 2009 seat Grand Auditorium, an 800 seat drama theatre and a 200 seat black box theatre, as well as artists’ and crafts workshops and retail shops. A restaurant, gift shop, café and audience care facilities are also included in the programme. 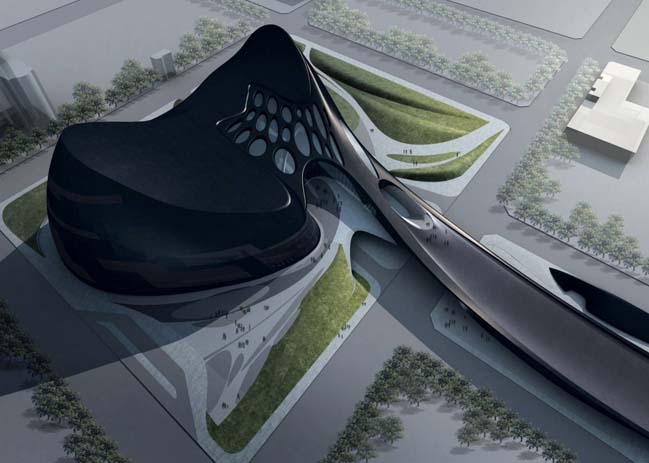 The Civic District is largely a new development defined by a regular grid of streets differentiated by two axes – a cultural axis and a municipal axis. The Taichung Metropolitan Opera House will define the cultural axis, running from northwest to southeast, occupying two parcels. The municipal axis runs from northeast to southwest, punctuated by the proposed new City Hall. 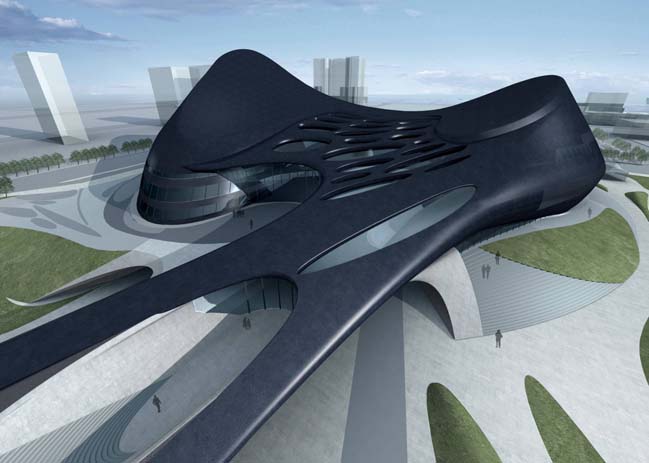 The main entrance to the opera house is aligned with the cultural axis, facing southeast towards the intersection of the two axes. Leading up to this entrance is a large ramp that swoops around the side of the building, taking people up from the southern edge of the site where the car and bus drop-off is located. 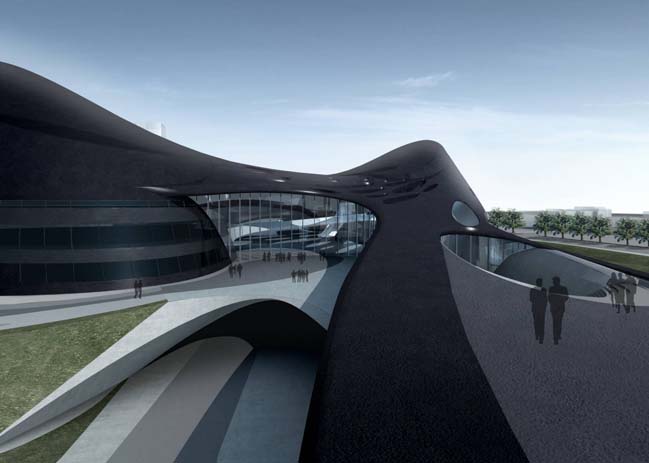 The strong civic axis and secondary corridor defined by the Shin Kong Mitsukoshi department store set out the primary framework for the treatment of the site, while secondary influences further shape the implicit flows around it. The corners of the site are areas of interchange, where urban flows aggregate and reorganise themselves, serving as a kind of elevated urban plaza. 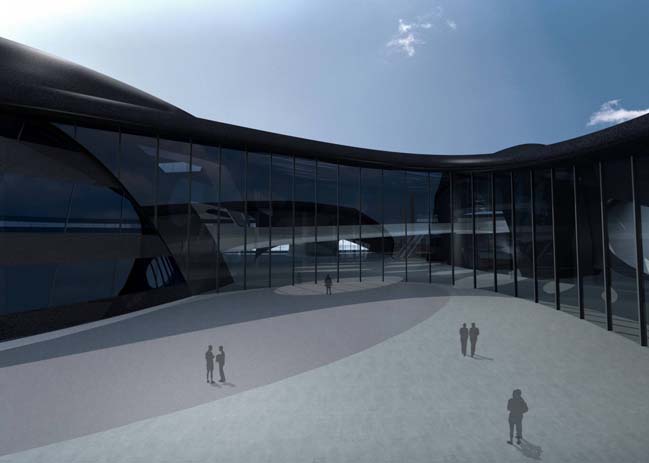 The three auditoriums are clustered around this main foyer, with the grand auditorium on the south of the building and the playhouse on the north. The black box theatre is elevated on the west side, allowing the main foyer to slip underneath and accommodating the secondary west entrance. 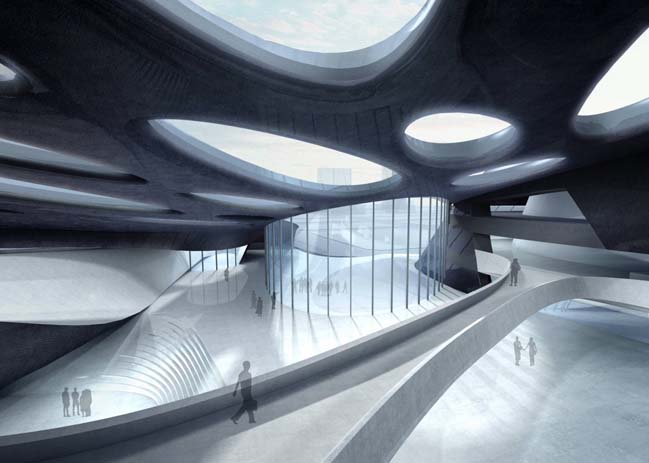 The landscape emerges from the ground to merge with the building. This build up, manifested as earth mounds, fades as it moves away from the main building, radiating like waves. 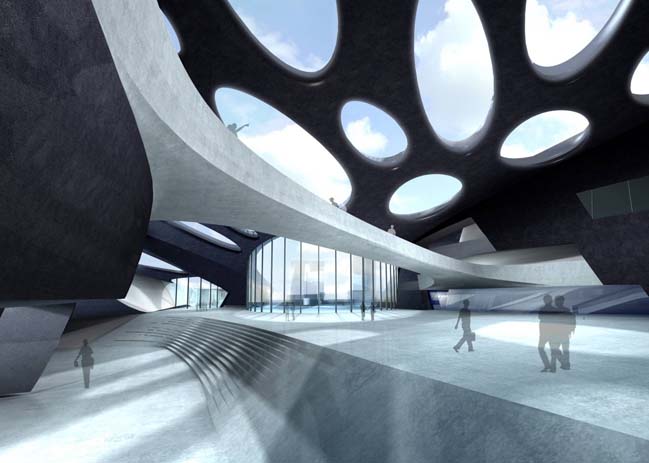 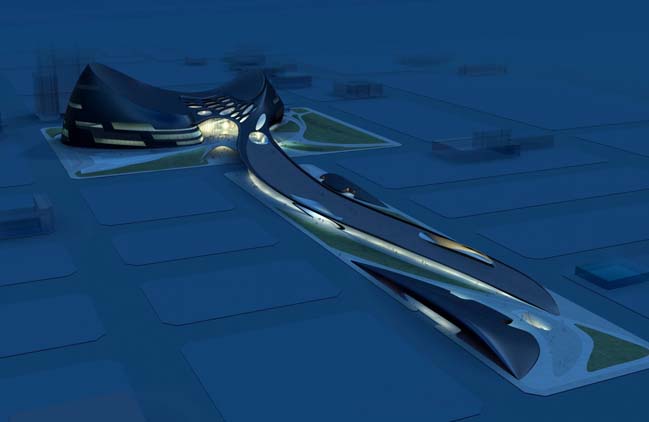 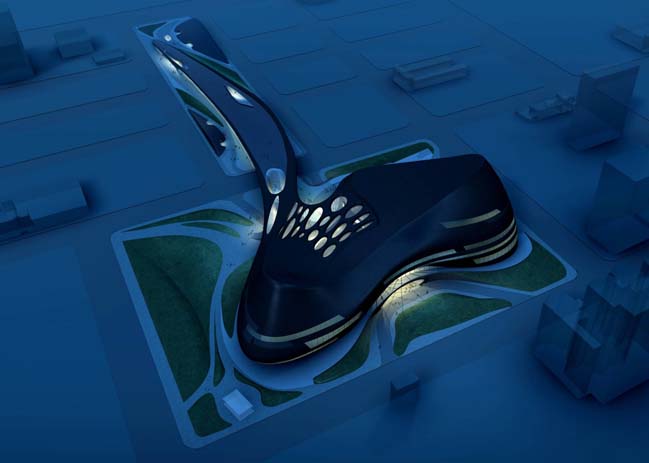 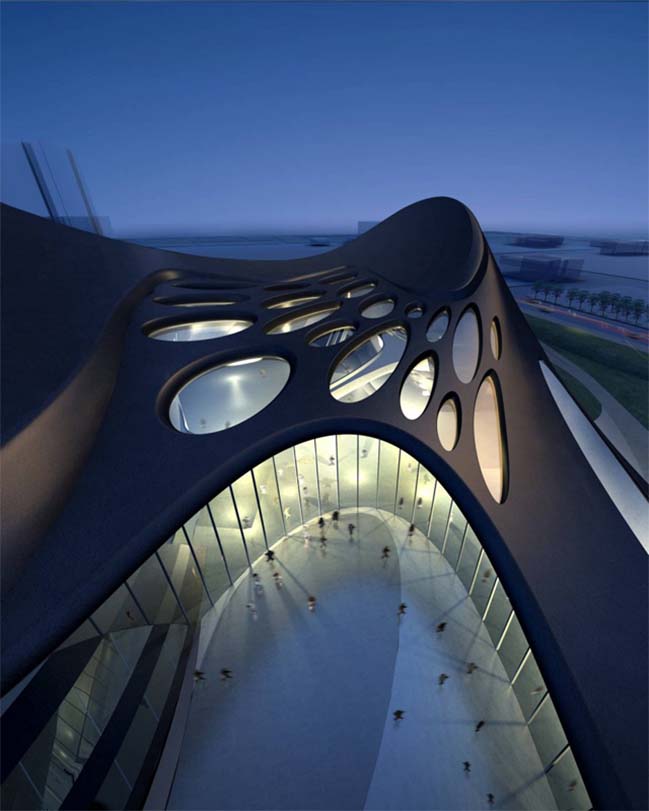 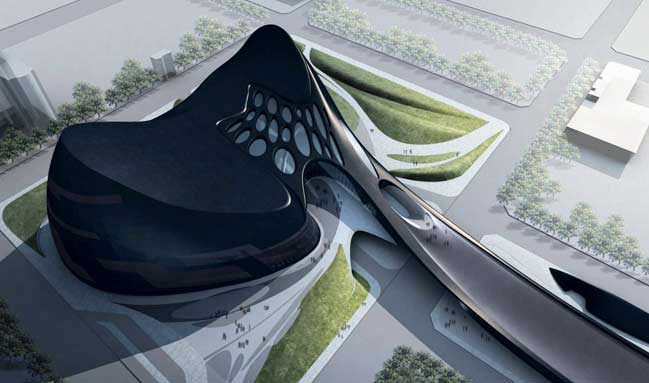