Vertical Village is a complex project with futuristic architecture in Dubai, UAE, designed by Graft Lab that included residential, hotel and entertainment development that harnesses the most powerful renewable energy source in the desert, the sun. 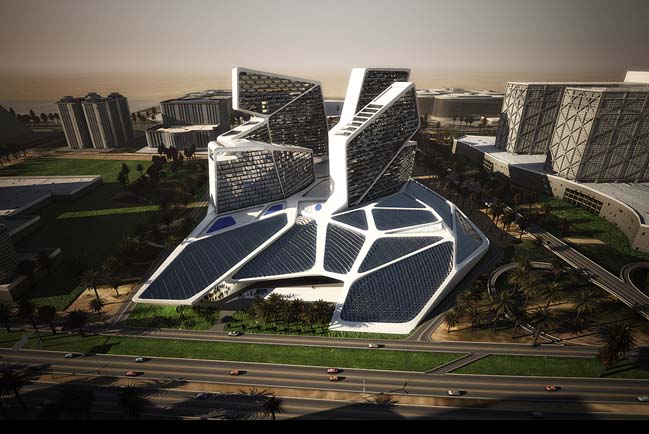 According to the architects: Organized to reduce solar gain and maximize solar production, the buildings are massed as self-shading slabs at the North of the site on the East-West axis to reduce low-angle sun penetration. At the southern end of the site, a vast solar collector array optimally angles itself toward the sun and faces the main public strip as a potent gesture to the developments sustainable intent and minimum LEED Gold rated performance. The solar roof behaves much like a leaf, with veins that break the solar field up into serviceable units to provide structure but also transport energy, in this case hot water, back to the building where the energy is used to significantly reduce air conditioning consumption and provide hot water. Beneath the roof lies an urban scale entertainment district of cinemas, restaurants, shops and a theatre that shifts in degree of privacy and scale between the main entertainment strip to the South and the residential and hotel towers to the North. 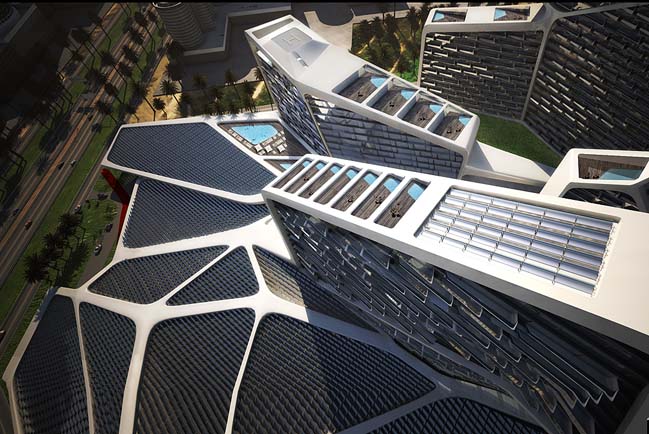 The residential and hotel buildings have been sliced and leaned to firstly create large scale focal points, giving a unique address to each slab, and also to create a powerful and constantly shifting skyline as one drives by. Spaces captured between the slabs open up, interlock, disappear and then reappear as one approaches the building, offering a theatrical play of volumes that gesture towards the development’s entertainment and theatre program. 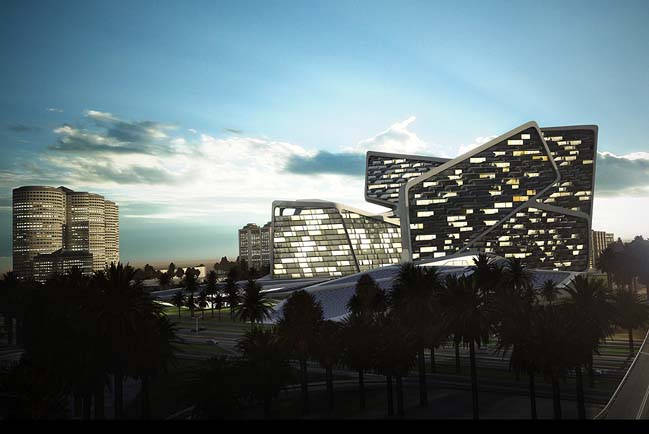 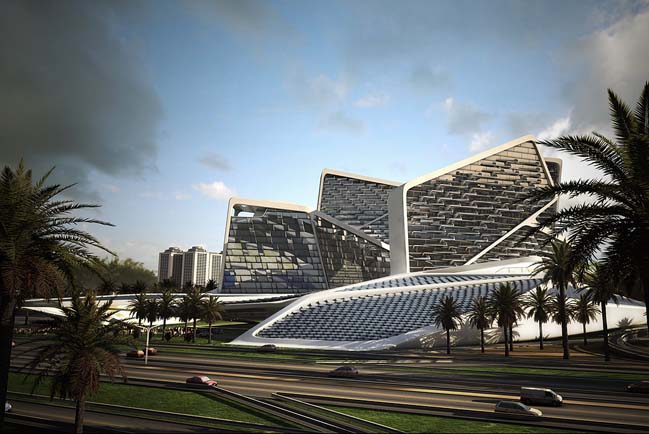 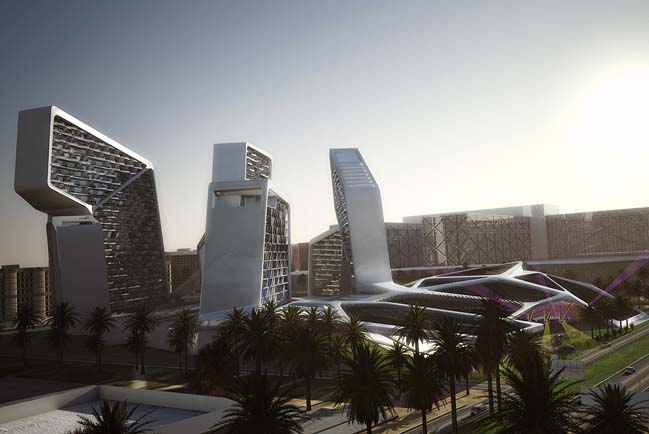 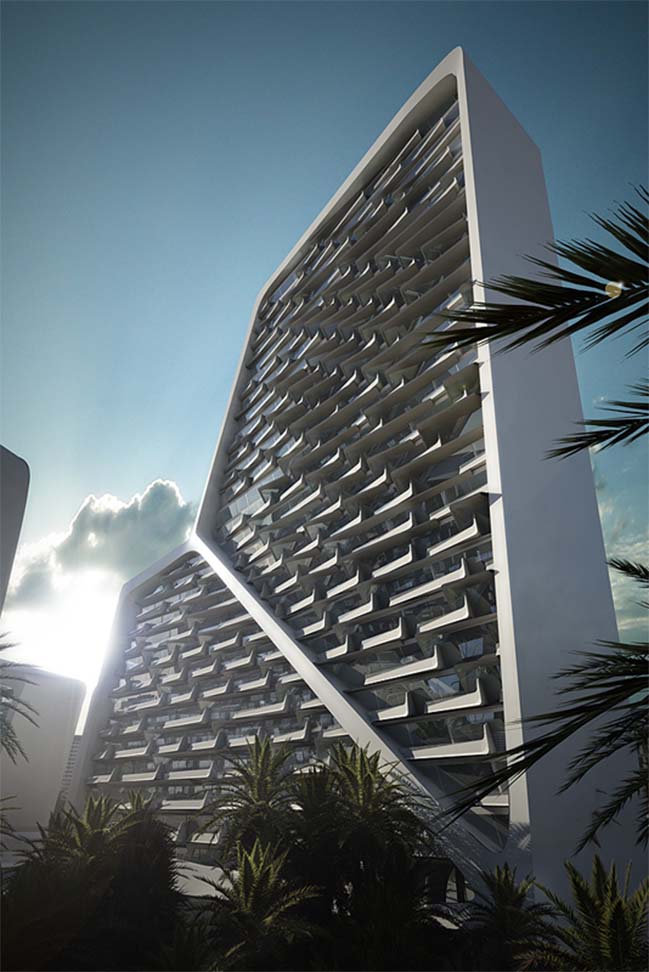 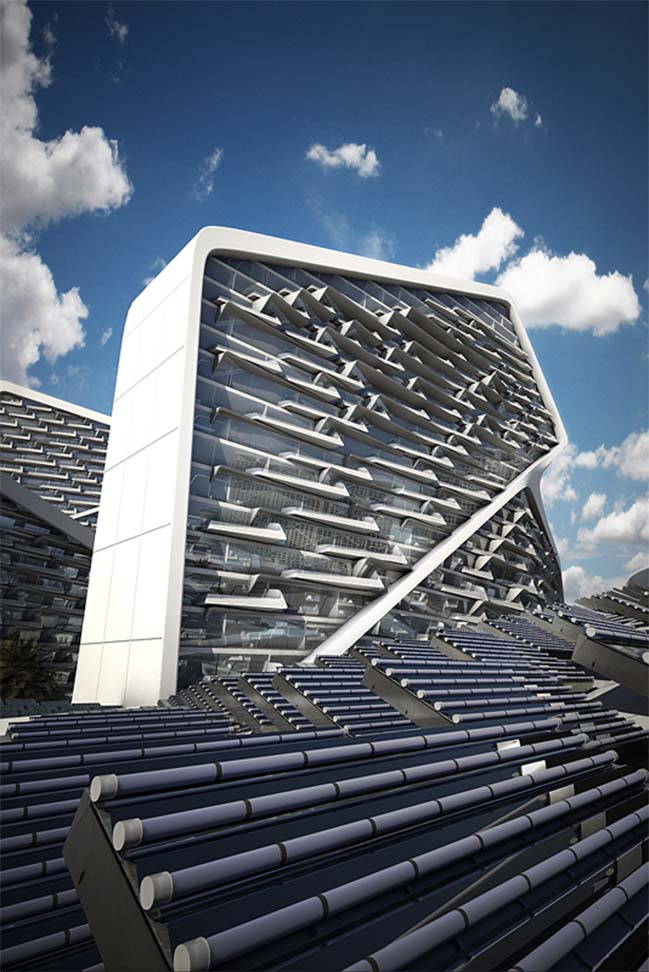 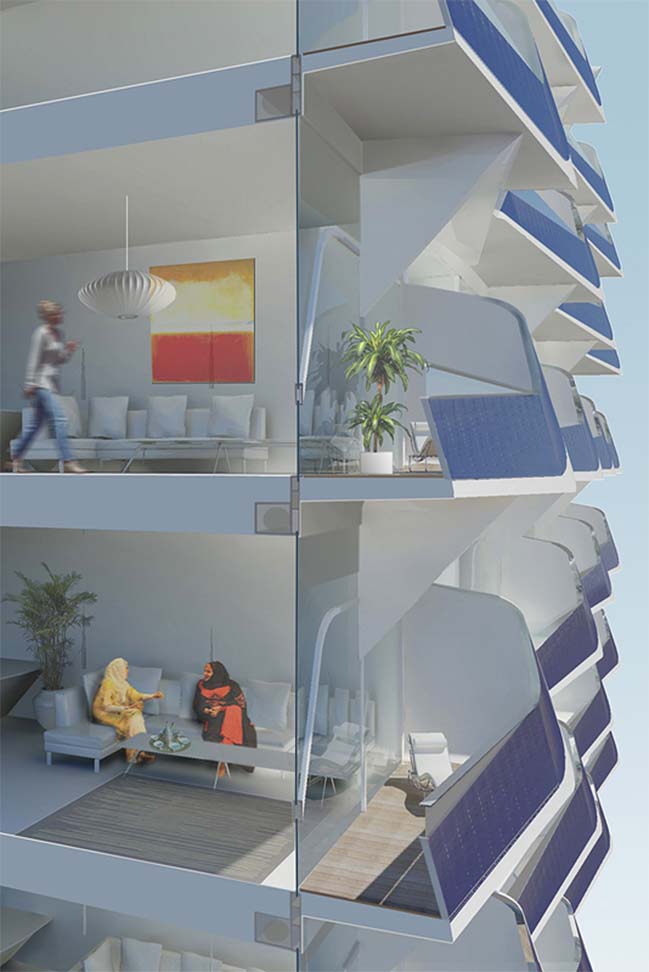 04 / 23 / 2015 Vertical Village is a complex project in Dubai, UAE that included residential, hotel and entertainment development that harnesses the most powerful renewable energy source