This July marks the 25th annual Festival of Speed at Goodwood House in West Sussex. The Festival of Speed is a major event in the world motorsport calendar, featuring the latest racers, championship drivers and incredible displays of classic cars. For these 25 years, British artist and designer Gerry Judah, has been commissioned to create the spectacular centrepiece sculpture for the event. This year celebrates 70 years since the Porsche 356 was first introduced in 1948. 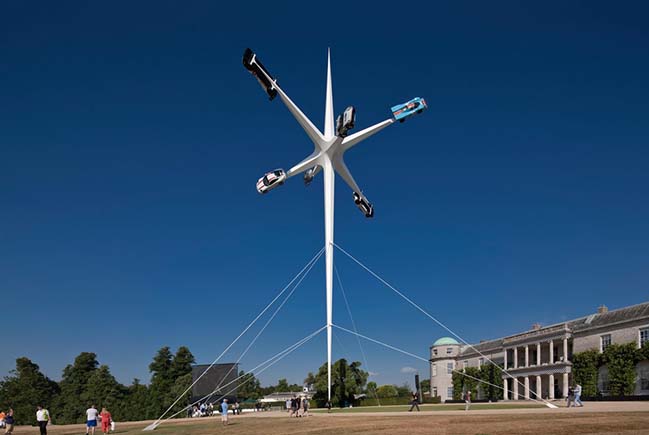 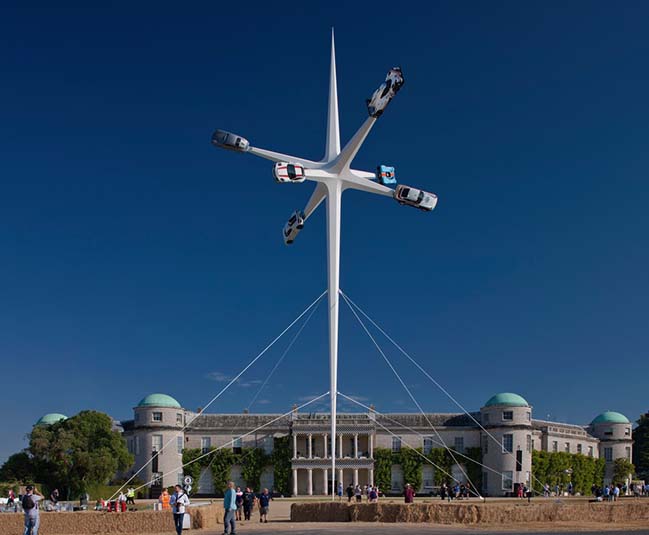 Project's description: The sculpture stands in front of Goodwood House at 52 metres high, towering high above the entire event.  One single narrow spine, starting at only 98 millimetres wide on the ground, shoots vertically to explode into seven pointed spindles, on which six iconic Porsches sit dramatically at each end, with the seventh spindle pointing sharply into the sky. 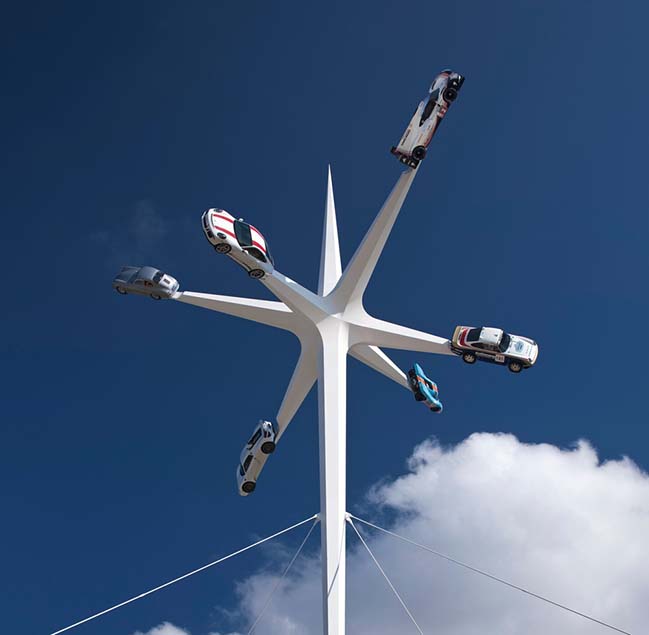 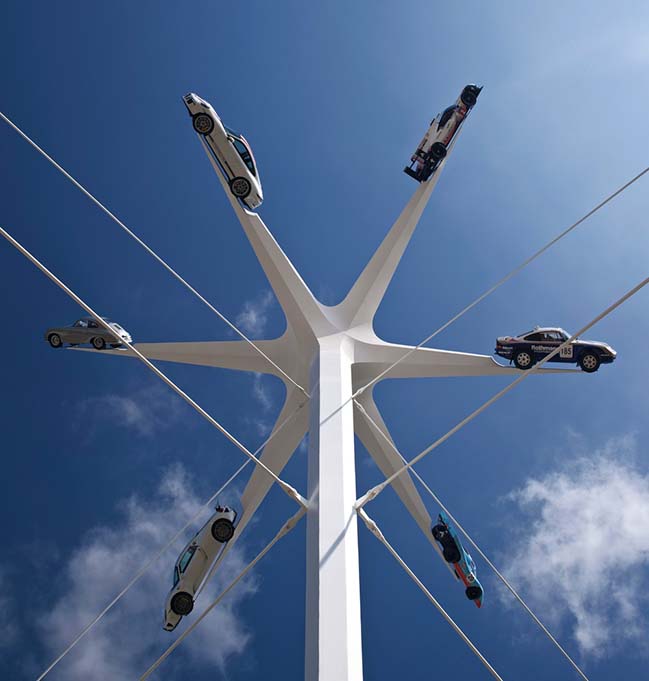 Despite the sheer size – as high as Nelson’s Column – the sculpture as a whole is incredibly lightweight – just 21 tonnes of steel to support 6 tonnes of car.  The geometry is based on a regular truncated octahedron, this shape giving positions to display all six cars, with a stem at the bottom and a spire on top. All parts are hexagonal tapered tubes, giving strength and rigidity, and fabricated entirely from laser cut steel plate. 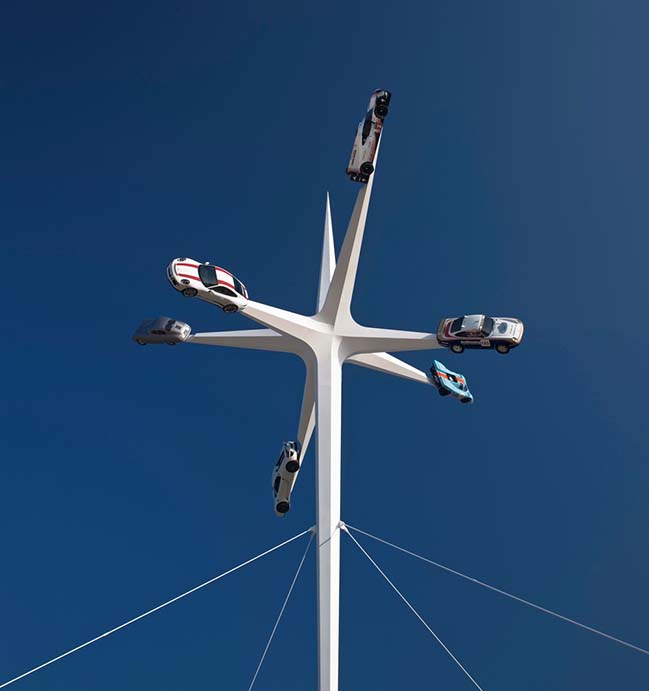 Gerry Judah’s installations can be seen in the Imperial War Museum, St Paul’s Cathedral and the India High Commission as well as international locations such as Mexico, New Zealand, South Korea and an entrance sculpture outside the Porscheplatz Museum in Zuffenhausen, Stuttgart.

> You may also like: JACOB'S LADDER Gibbs Farm Sculpture Park by Gerry Judah 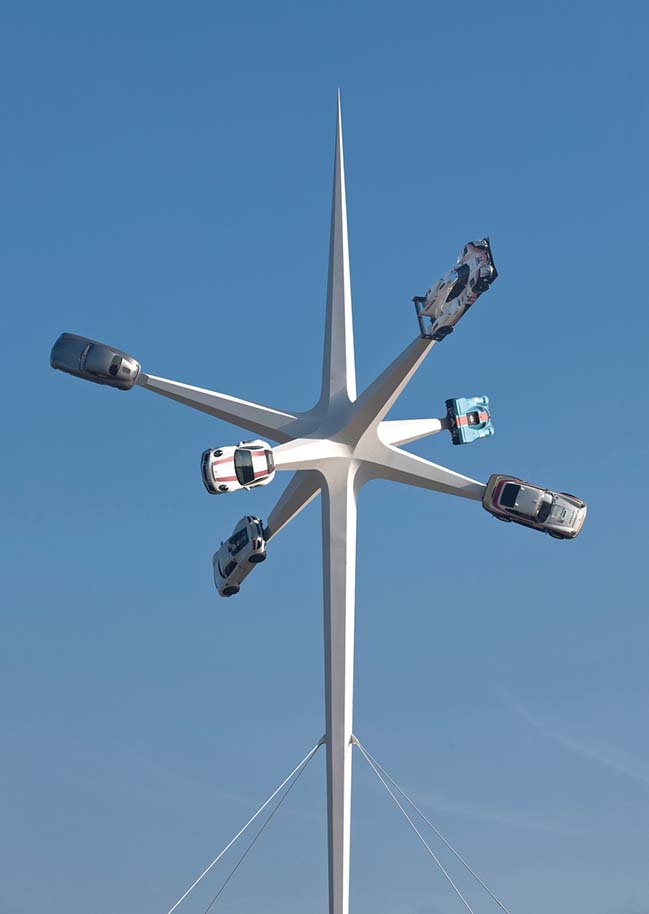 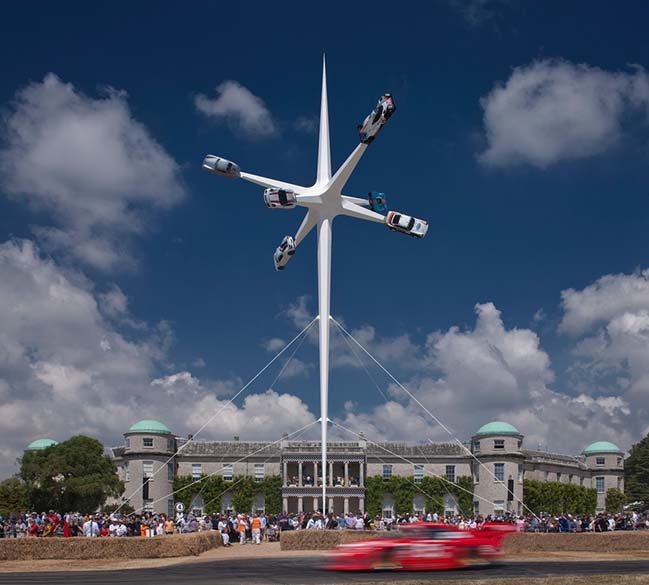