Liuzhou Forest City is a master plan by Stefano Boeri Architetti for a new green city that fights air pollution is now under construction in China. The Liuzhou Forest City commissioned by Liuzhou Municipality Urban Planning will be completed by 2020. 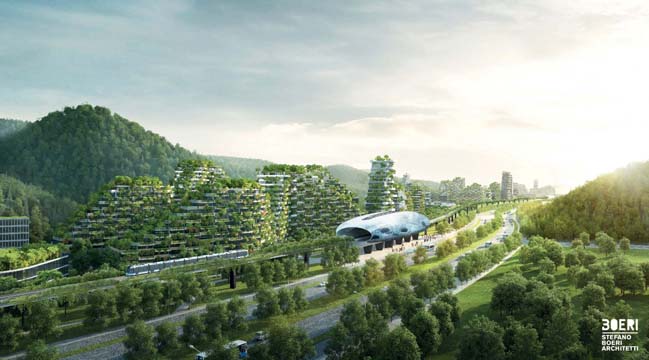 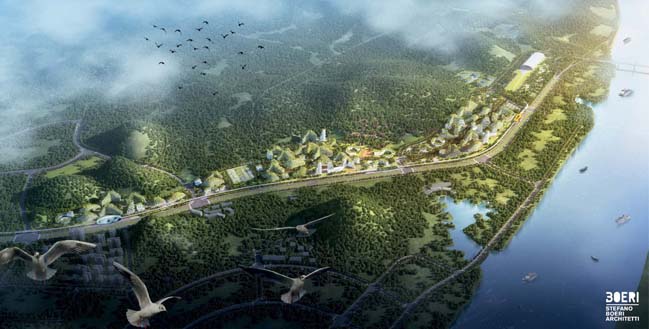 Project's description: The first Chinese Forest City by Stefano Boeri Architetti is turning into reality. A city where offices, houses, hotels, hospitals and schools are entirely covered by plants and trees. Once completed, the new city will host 30,000 people, absorb almost 10,000 tons of CO2 and 57 tons of pollutants per year and produce approximately 900 tons of oxygen. 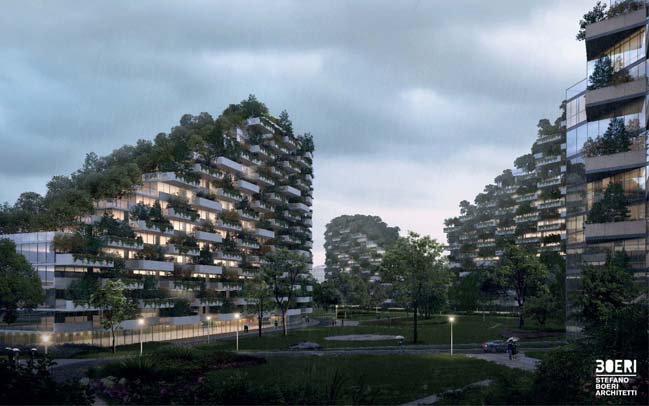 Liuzhou Forest City will be built in the north of Liuzhou, in the mountain area of Guangxi, in the southern part of China; in an area that covers 175 hectares along the Liujiang river. The new green city, entirely wired, will be connected to Liuzhou through a fast rail line used by electric cars and will host various residential areas, commercial and recreational spaces, two schools and a hospital.

Liuzhou Forest City will have all the characteristics of an energy self-sufficient urban establishment: geothermal energy for interior air-conditioning and solar panels over the roofs for collecting renewable energy. The great innovation of Stefano Boeri Architetti’s project is the presence of plants and trees over every building, of all sizes and functions. 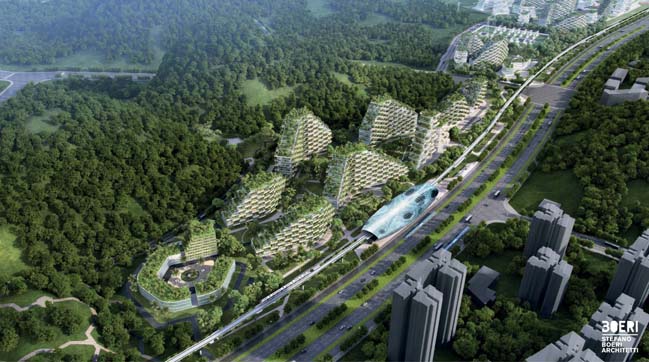 Liuzhou Forest City will host in total 40,000 trees and almost 1 million plants of over 100 species.
The diffusion of plants, not only in the parks and gardens or along the streets, but also over building facades, will allow the energy self-sufficient city to contribute to improve the air quality (absorbing both CO2 and fine dust of 57 tons per year), to decrease the average air temperature, to create noise barriers and to improve the biodiversity of living species, generating the habitat for birds, insects and small animals that inhabit the Liuzhou territory.

Liuzhou Forest City will be realized in a really short time, by 2020. 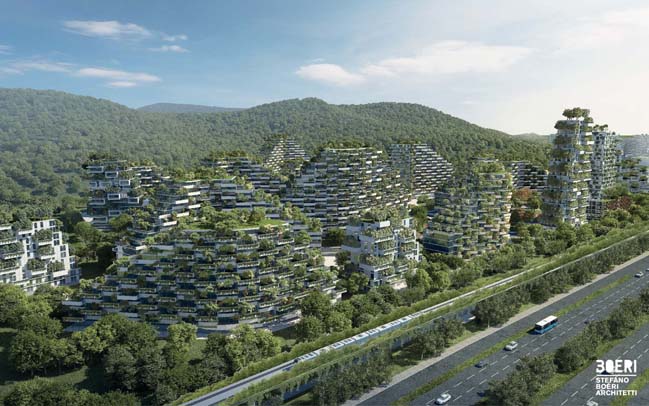 For the first time in China and in the world, an innovative urban settlement will combine the challenge for energy self-sufficiency and for the use of renewable energy with the challenge to increase biodiversity and to effectively reduce air pollution in urban areas – which is really critical for present-day China – thanks to the multiplication of vegetable and biological urban surfaces.

Right after the success of Vertical Forest in Milan – which is going to be replicated in many other parts of the world and in China in Nanjing, Shanghai and Shenzhen – with the Liuzhou Forest City project Stefano Boeri Architetti continues its researches for a new generation of architectures and urban environments that faces climate change, proposing new models for the future of our planet. 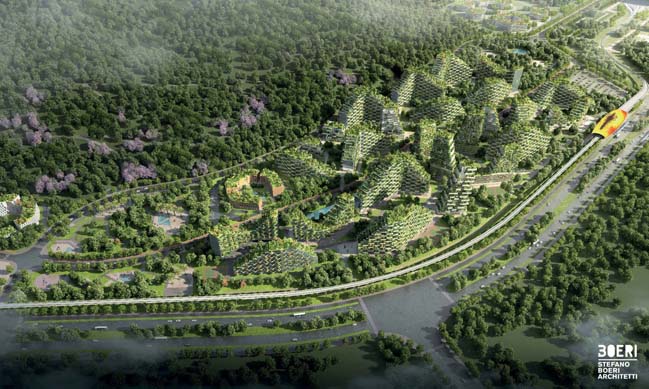