Mecanoo created a masterplan for 357 homes - partly affordable housing, partly owner-occupied, small-scale businesses and sporting facilities. Inspired by the industrial heritage of the site, the area has a recognisable identity once again. 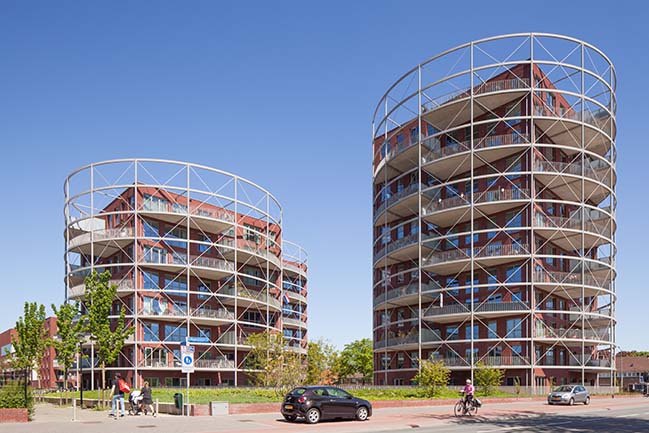 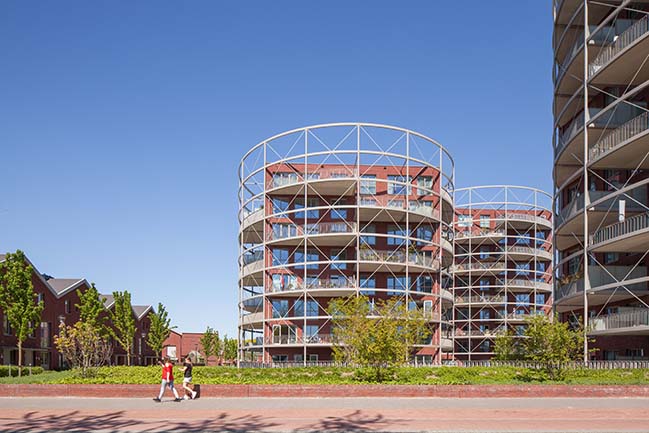 Recognisable identity
With its characteristic industrial buildings, the former site of the Regional Energy Supply Company in Hilversum has always had its own identity. The gasworks site was originally situated outside the city perimeter, but gradually became enclosed by residential developments. With the relocation of the gasworks, the opportunity arose to redevelop the site and give it a new name: Villa Industria. 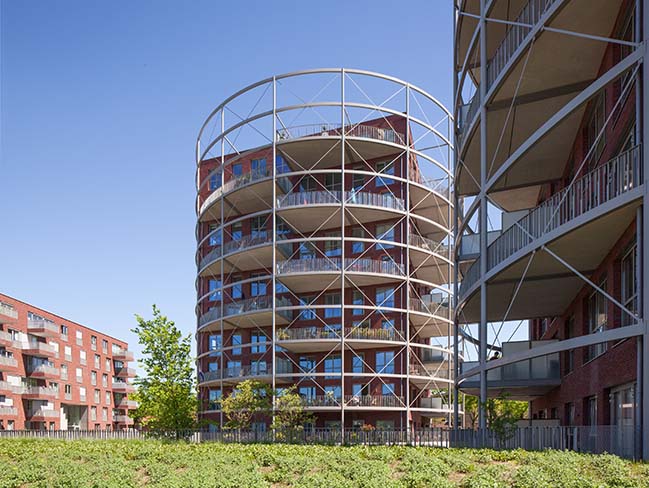 Green environment
The urban plan prioritises public space for pedestrians and cyclists. Recessed parking throughout the site frees up space for a green environment with water features and a centrally located park. 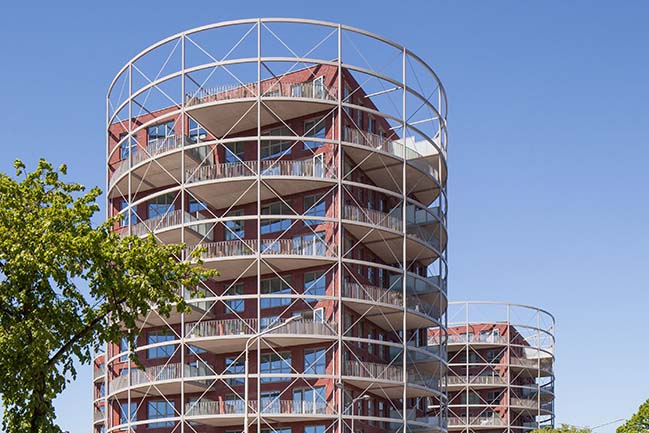 An eye-catching ensemble of three cylindrical residential buildings refers to the old gasometers which once stood on the site. The existing swimming pool has been reclad in brick, steel and glass, so it fits the aesthetics of the new building. Robust steel columns support a new sports hall and fitness centre which has been built on top of the swimming pool. 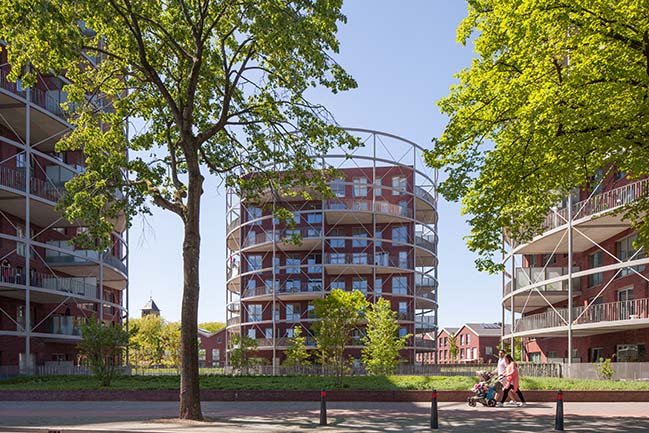 Modern homes with semi-circular roofs are situated on the site of a former warehouse with a similar shape. The buildings at the perimeter of Villa Industria have the same height as the surrounding residential area. The courtyards consist of private gardens with an intimate character. 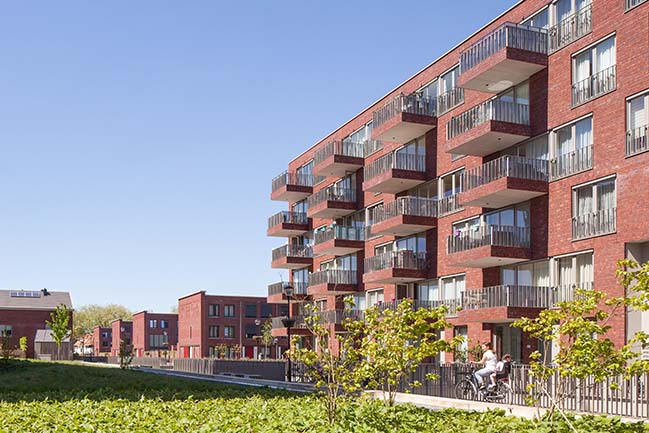 Coherence and diversity
The architecture of Villa Industria has a harmonious materialisation, a sculptural design language, and industrial detailing. Cool materials, such as steel and glass are combined with warm materials like red to red-brown bricks with subtle relief. 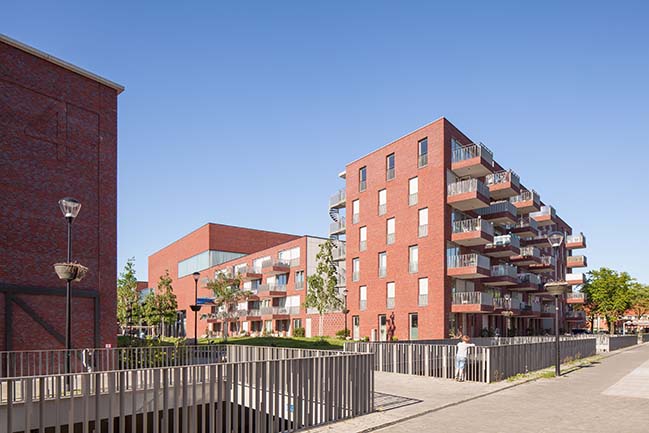 The application of the same bricks for each building creates coherence, whilst variations in the brick sizes and masonry techniques, ornaments and special objects provide diversity. The details of each building refer to the particular history of the gasworks site and contribute to the industrial character of the new neighbourhood. 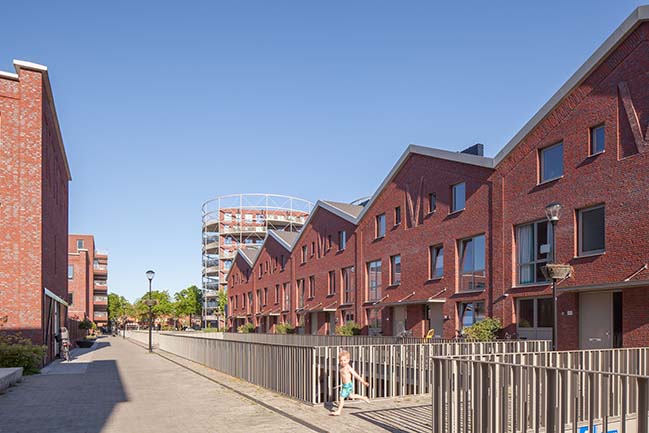 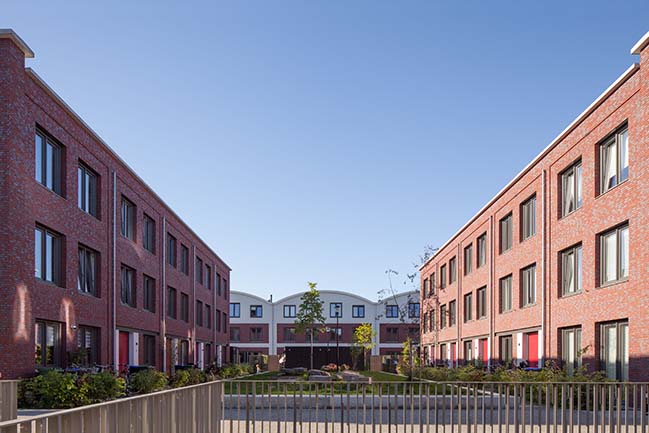 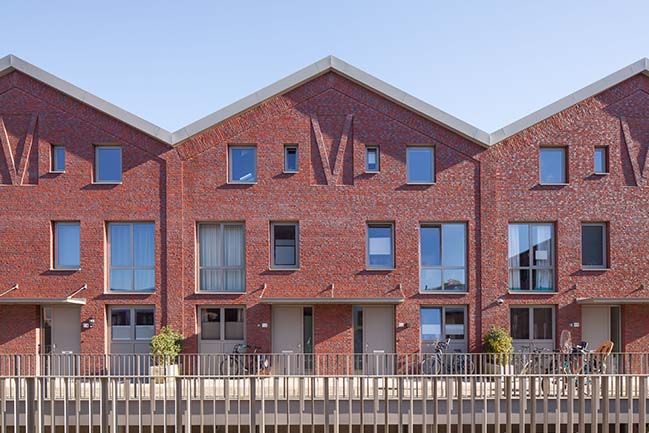 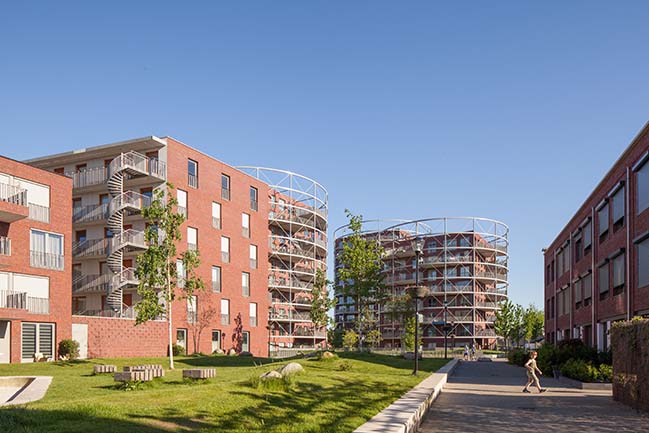 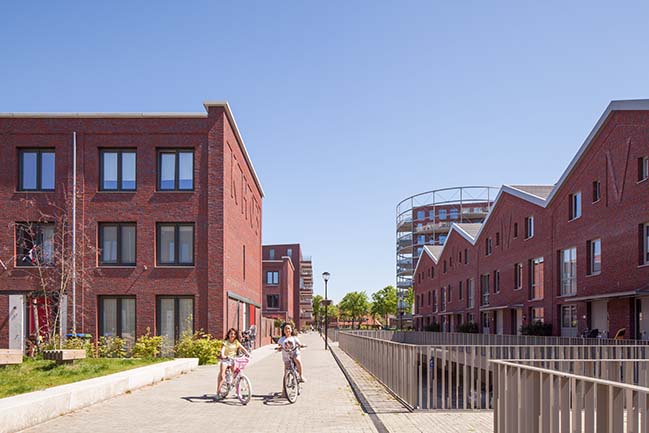 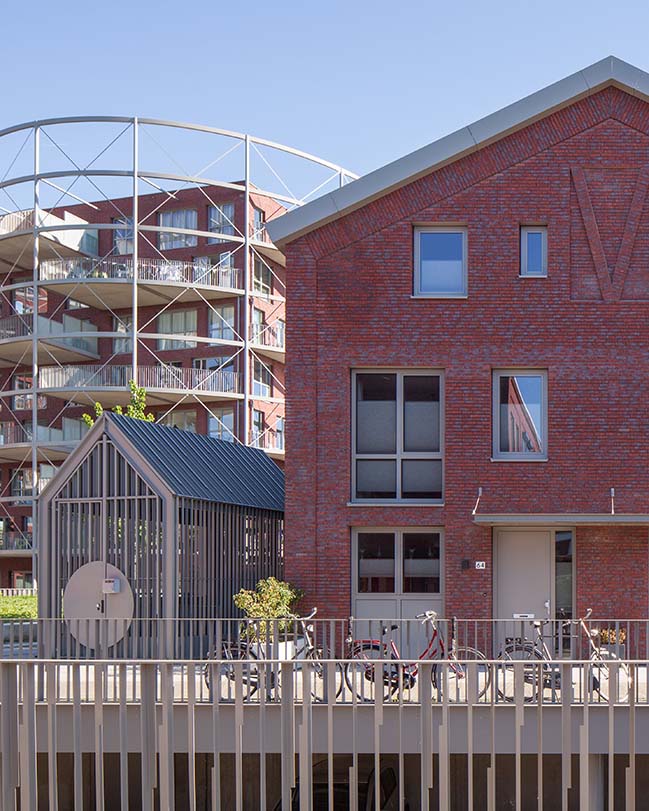 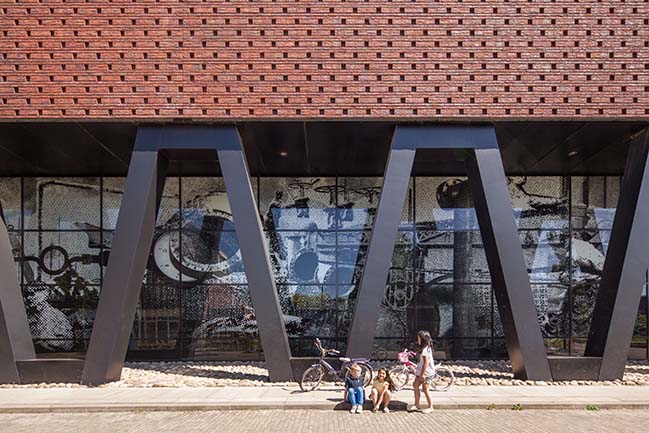 [ ARCHITECTURE IN THE NETHERLANDS ] 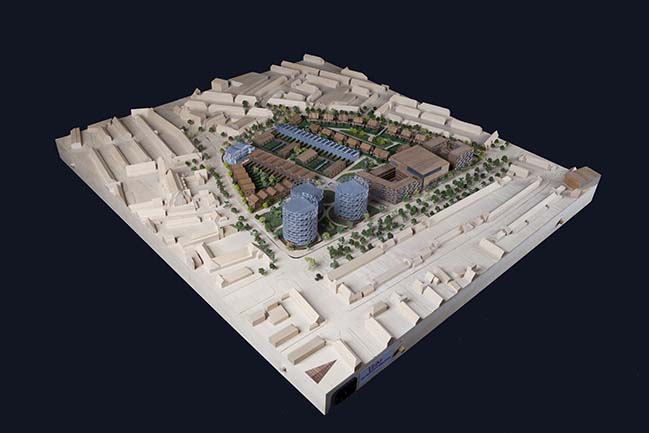 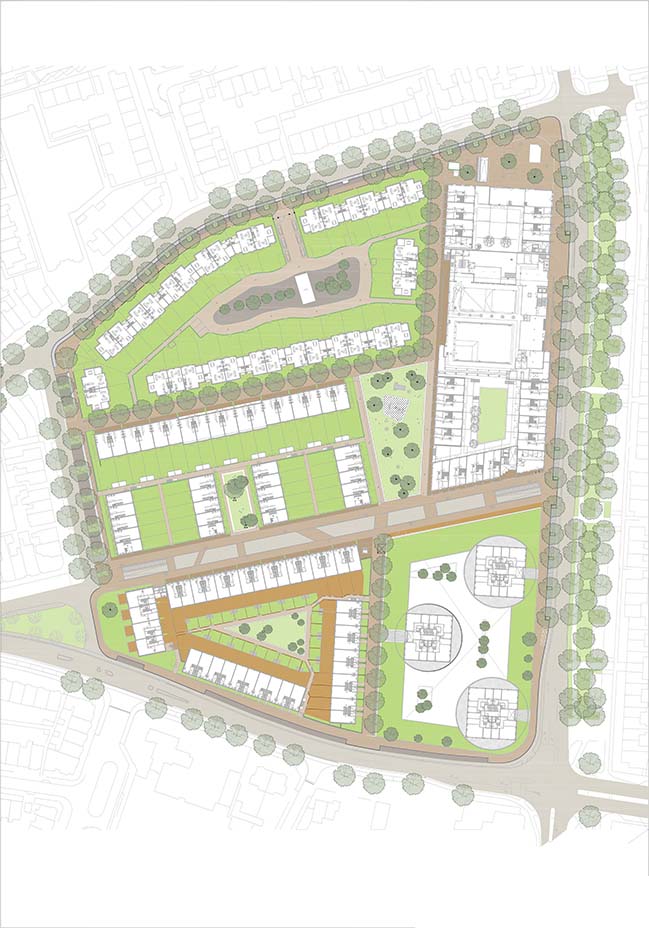