Carlo Ratti Associati wins international competition to design headquarters and masterplan for leading tomato company Mutti. The project features a pavilion with walls made up of tomato-sauce glass jars and a public terrace overlooking the daily processing of 5,500 tons of fresh tomatoes. 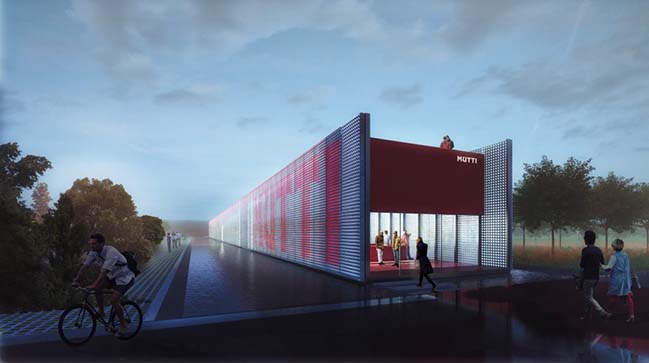 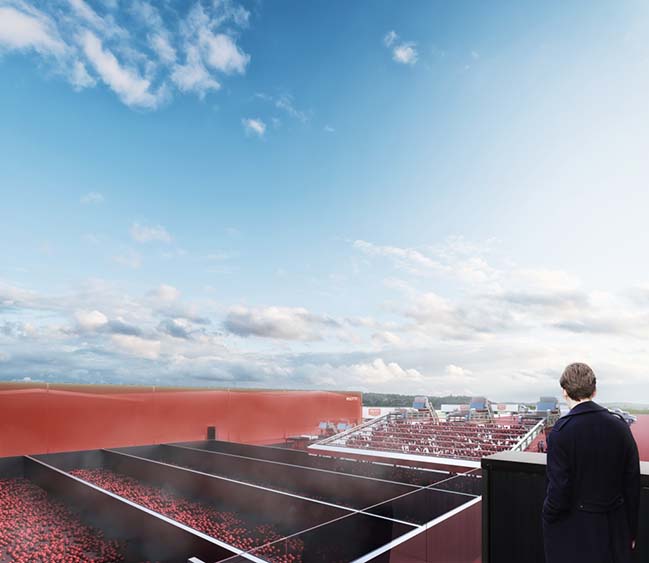 From the architects: International design and innovation practice CRA-Carlo Ratti Associati has won the international competition to design the headquarters and master plan for Mutti, one of the world’s leading tomato brands.

The competition called for new headquarters and for reimagining the whole area where the Mutti factory has been sprawling over the last 100 years. The 2.5 million square-foot (250,000 square-meter) master plan overhauls a series of production facilities, at the same time setting up improved environments for workers, employees and visitors alike. The project rethinks the factory’s relationship with the surrounding landscape, aiming to become a destination in Montechiarugolo, near Parma, at the core of Italy’s “Food Valley”.

The factory projects outwards into the countryside, through a couple of 120-metre long, 7-metre high, semi-transparent walls, each of them built with thousands of tomato-sauce glass jars. This structure, marked by the Mutti logo and digitally lit at night, will become the factory’s most recognizable element. The enclosed visitor center will host a series of public functions, and will feature a restaurant surrounded by an orchard, an auditorium for events, and a control room where people can follow the food processing stages as they happen in the factory in real time.

On the top of the visitor center, people can access a public terrace, from which they can view the first stage of food processing. Freshly harvested vegetables are poured down in tons in the wash basins, allowing visitors to admire the sight of millions of tomatoes falling down in an endless “red cascade”. 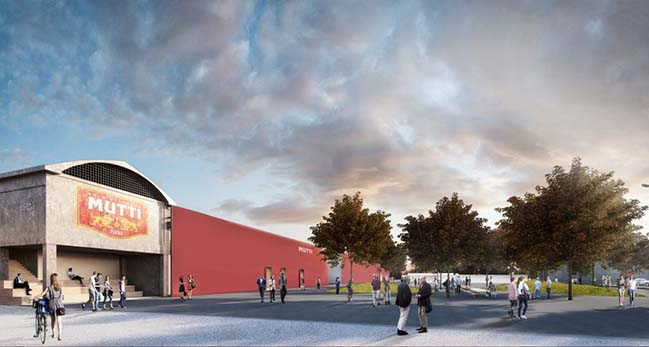 “We were inspired by Pablo Neruda’s poem ‘Oda al Tomate’, which is also one of Mutti’s slogans. ’La calle se llenó de tomates’ (‘The street was filled with tomatoes’) is a way to show how the factory can open up and project outwards”, explains Professor Carlo Ratti, Director of the Senseable City Lab at the Massachusetts Institute of Technology and founder of Carlo Ratti Associati. “We imagined the Mutti plant to be like an open-air theater: both open to the public, and to the surrounding landscape.”

CRA’s winning design was selected by Mutti in May 2016, after a major competition involving several design firms (the other offices involved being ARUP, Federico Oliva Associati, HENN Architects, NORD Architects Copenhagen, Open Platform for Architecture, WEST 8). Since then, the project has progressed and it is now in the preliminary phase. Construction is due to begin in 2018. It will be implemented in its entirety over the course of five years. 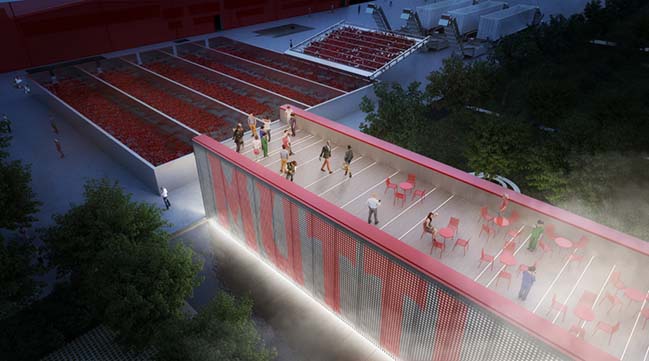