National Museum of Qatar by Atelier Jean Nouvel will open on March 28, 2019

Qatar Museums has announced that the National Museum of Qatar (NMoQ), housed within a spectacular new building designed by architect Jean Nouvel, will open to the public on March 28, 2019, under the patronage of His Highness Sheikh Tamim bin Hamad bin Khalifa Al Thani. 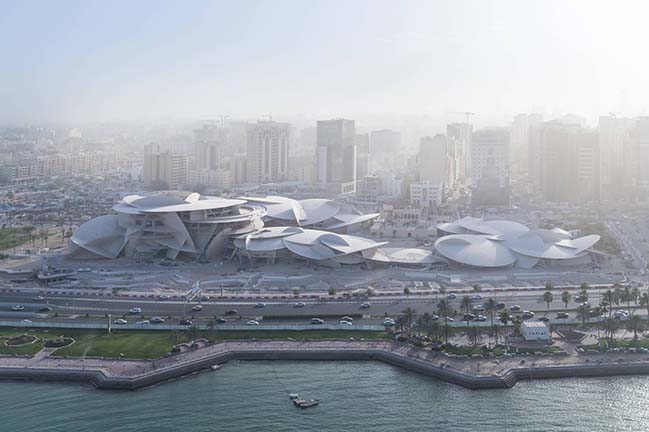 The immersive and experiential NMoQ tells the story of Qatar and its people from more than 700 million years ago through to today, giving voice to Qatar’s rich heritage and culture and expressing a vibrant community’s aspirations for the future. The new museum embraces, as its centerpiece, the restored historic Palace of Sheikh Abdullah bin Jassim Al Thani (1880-1957), son of the founder of modern Qatar: a building that in former times was both the home of the Royal Family and the seat of government, and was subsequently the site of the original National Museum. Jean Nouvel’s new 40,000-square-meter (430,000-square-foot) building incorporates the Palace while seamlessly integrating innovative artworks commissioned from Qatari and international artists, rare and precious objects, documentary materials, and interactive learning opportunities. 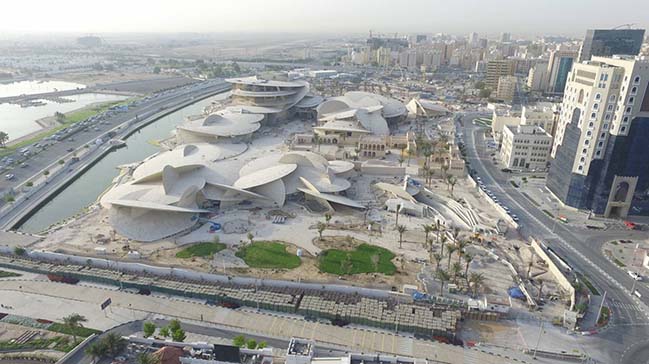 Her Excellency Sheikha Al Mayassa bint Hamad bin Khalifa Al Thani, Chairperson of Qatar Museums, said, “Qatar is an ancient land, rich in the traditions of the desert and the sea, but also a land that hosted many past civilizations. While it has modernized its infrastructure, it has still remained true to the core cultural values of our times. We look forward to sharing new museum experiences with our proud and diverse communities, as well as welcoming international guests in the spring of next year.” 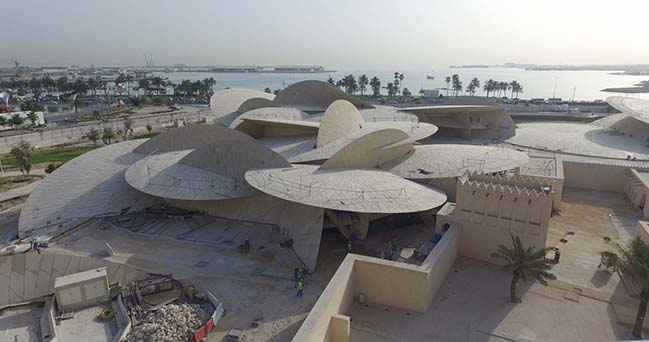 Jean Nouvel’s dynamic architectural design echoes the geography of Qatar while evoking the history and culture of the nation. According to Nouvel, “Qatar has a deep rapport with the desert, with its flora and fauna, its nomadic people, its long traditions. To fuse these contrasting stories, I needed a symbolic element. Eventually, I remembered the phenomenon of the desert rose: crystalline forms, like miniature architectural events, that emerge from the ground through the work of wind, salt water, and sand. The museum that developed from this idea, with its great curved discs, intersections, and cantilevered angles, is a totality, at once architectural, spatial, and sensory.” 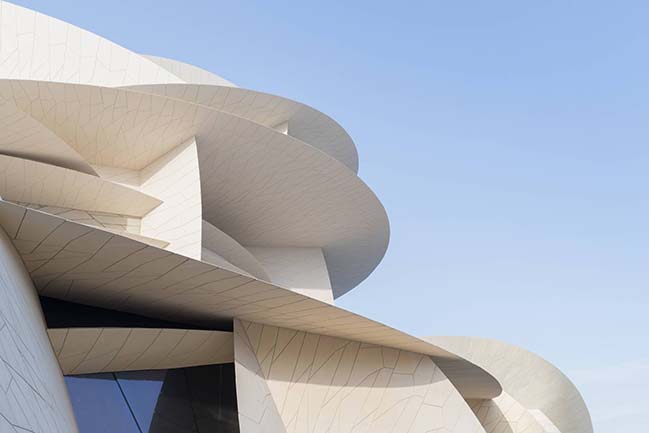 Sheikha Amna bint Abdulaziz bin Jassim Al Thani, Director of the National Museum of Qatar, said, “The National Museum will give visitors an unprecedented museum experience, with people at the heart of its vision and development—this is a museum that narrates the story of the people of Qatar and shares this story in an innovative, holistic, and immersive way. Central to the vision of the Museum is intergenerational learning, for school children, for adults, for all, through our multi-layered thematic exhibits, interactivity and programming. At the core of the museum’s permanent exhibits and accessible to the public is a digital archive of thousands of images, videos, and documents from Qatar and abroad. And all these elements will be made accessible to as many people as possible.” 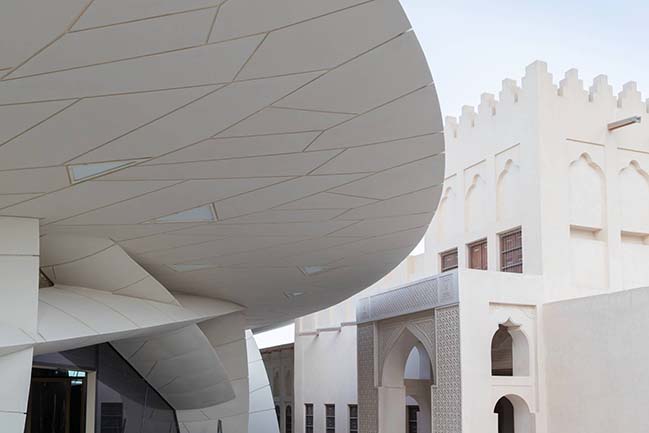 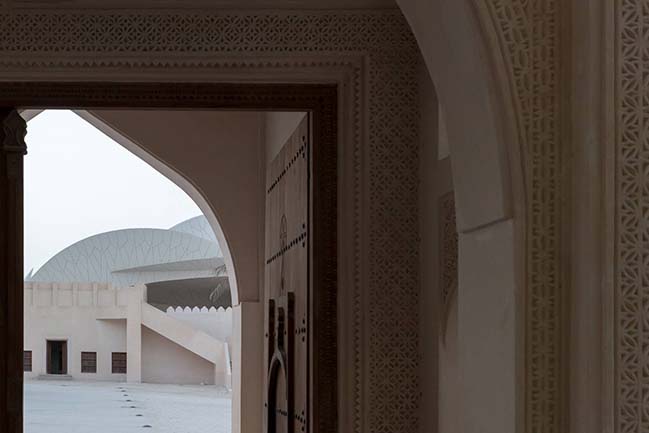 > YOU MAY ALSO LIKE: La Marseillaise by Jean Nouvel inaugurated on 25 Oct 2018

National Museum of Qatar by Atelier Jean Nouvel will open on March 28, 2019