Zechner & Zechner and Bodner Bau have won the competition for NeuBau3 at Tabakfabrik Linz - A new landmark and the completion of Peter Behrens' complex in Linz. 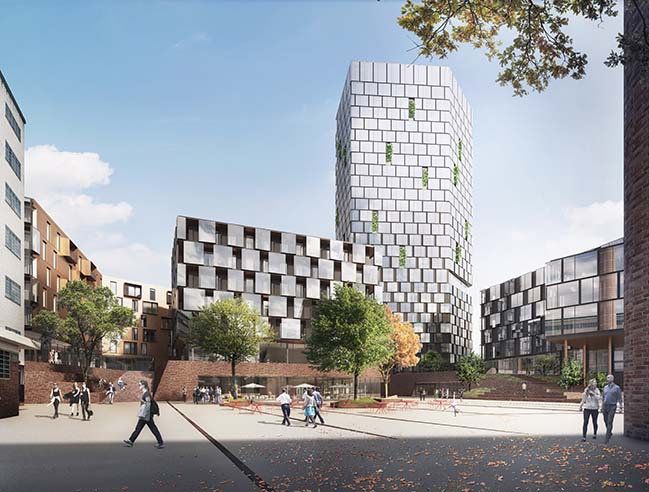 Project description: Compared to the original building by Peter Behrens, who in the 1930s created an internationally regarded masterpiece of Modernism with Tabakfabrik Linz, the new development added in the early 1980s was not of the same architectural standard.

The 80s addition was demolished, releasing a site that the Linz authorities thought would be the perfect location for the main building of the Tabakfabrik complex and, based on its key geographical role in the fabric of the city, they decided it would be a historic chance to positively impact the development of the city.

The competition began a year ago, had two stages, and was decided on 22/01/2018. The project by Zechner & Zechner, with Bodner BaugesmbH & Co KG as investor, was a clear winner among the field of other projects. The jury’s decision was unanimous. 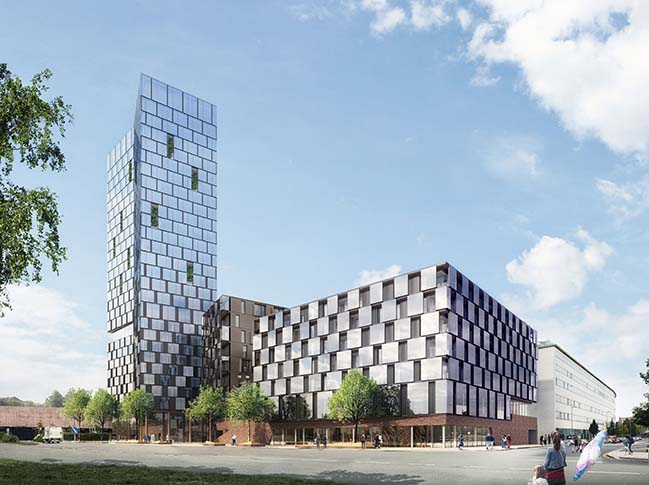 A new ensemble at the west of the Tabakfabrik

With the Tabakfabrik complex designed by Peter Behrens, Linz has a unique and architecturally very important example of an industrial facility in the New Objectivity style. Unfortunately, the view of the ensemble from the west doesn’t do justice to its importance.

The “NeuBau3” project reacts to the specific location of the Tabakfabrik, which is a listed building, by setting the following goals: 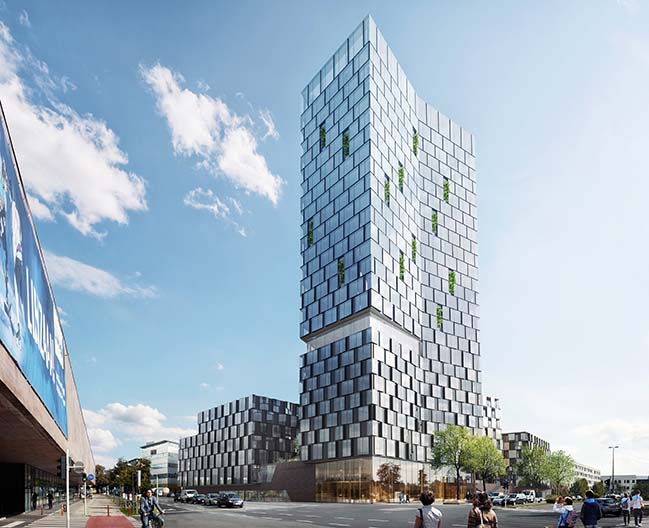 To the west, toward Gruberstraße, the development will remain permeable to create an entranceway to the Tabakfabrik site. A clearly defined edge will be created at the surrounding streets by developing individual structures that all rise from a shared base, while the required porosity is achieved at the edge of the block. The openings between the structures allow the activity within the site to “radiate out”.

Along with the two main entrances to the site from Gruberstraße, the new tram station is connected to Peter-Behrens-Platz via a generous ramp and stairs, as well as a public elevator. 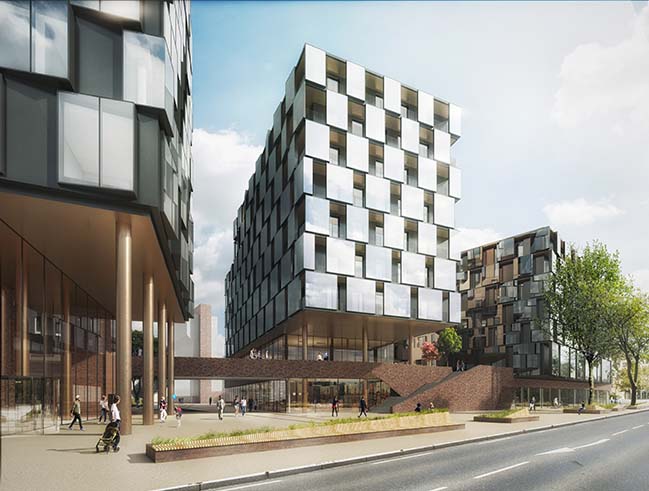 The courtyard functions as a well connected events space in the open air. The courtyard will be connected by steps and a ramp to the roof of the base structure, the “Behrensband”. The roof area – simply from its function as access and as a connector between the individual buildings – creates a valuable public space where many different activities can happen, where there are interesting places to spend time, and where eating, drinking, and other activities can be located. This will create a lively and attractive exterior space on two levels. 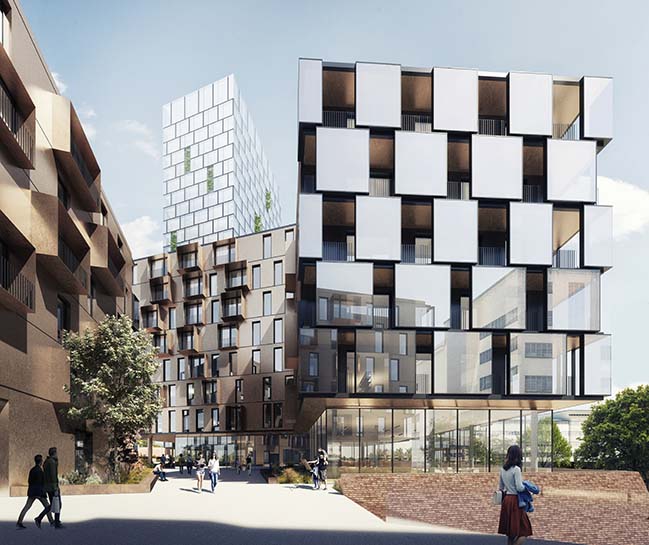 Busy silhouette with a new landmark for Linz Tabakfabrik

The architectural importance of the Behrens buildings will not be impacted by the low buildings. The height of the buildings gradually increases to the north-west, reaching its highest point at the corner of Gruberstraße / Donaulände with an 81 metre tall tower, which will be a clearly visible landmark for the entire Tabakfabrik site.

The self-contained architecture does not compete with the Behrens structures 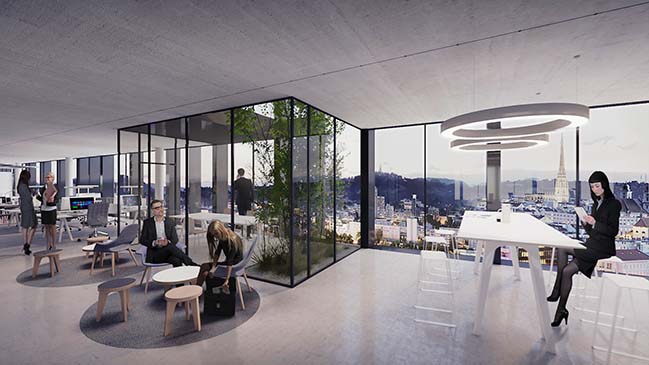 Many functions and high flexibility

In accord with the intentions of the Tabakfabrik, uses are envisioned that will create additional value for the surrounding area as well as neighbouring communities, residents and visitors. Therefore the focus is on 24/7 operation and the creation of a robust mix of uses. The high head clearances of the ground floor and first floor ensures flexibility in relation to later changes in use. The high flexibility is emphasised by “portioning” the space into different buildings. 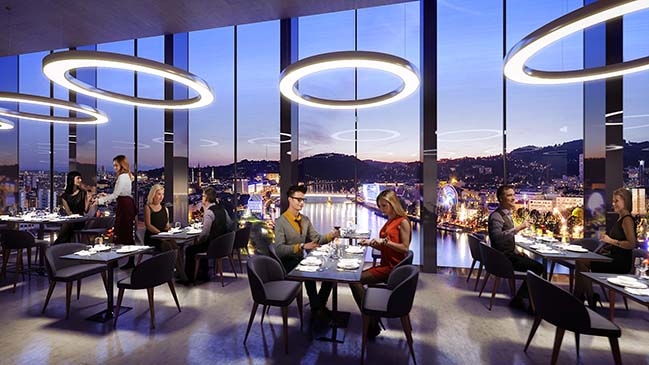 The two base levels provide floor space that allows intense public use and therefore creates a lively atmosphere across the entire site and surrounding area. This will be the location for shops, boutiques, pop-up stores, co-working cafes, studios as well as semi-public areas for education and study.

Different uses will ensure differentiation in the activity on site, which will harmonise with and extend the uses already established in the existing buildings of the Tabakfabrik.

An 81 metre high building is situated at the corner of Gruberstraße / Untere Donaulände, where the lower floor is used for a budget hotel with 140 rooms, with easily divisible office space above. The upper roof creates a publicly accessible restaurant with sky bar and view over the Tabakfabrik site and Linz.

The structure that is oriented toward Donaulände is home to retail space on the ground floor. The courtyard will provide access to space created for a school and a kindergarten. 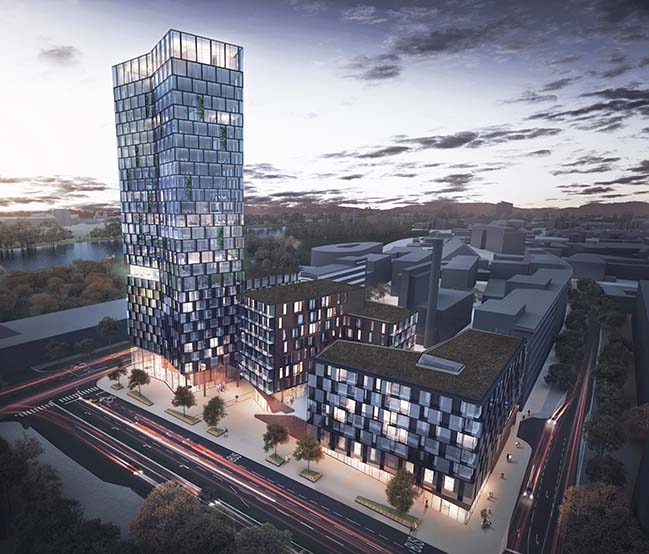 Peter-Behrens-Platz will be a car-free zone in the future. Cars will be left in the approx. 600 spaces of the two-floor subterranean parking.

The connection to the future underground rail station will take the form of a generous ramp and steps, which provides access and also serves as a place to sit and spend time.

The connection with the existing structures is at Ludlgasse. This will be the site for the “Behrensband” and will create an attractive exterior space on the roof of the base structure at the same height as Level 01.

The external space of NeuBau3 provides an opportunity to make the existing buildings of Peter-Behrens Platz more attractive. Uniform paving will unify the individual subdivisions of the site. The open space will connect the new to the old, creating an attractive public urban space.

Numerous different attractive areas invite people to spend time and improve the open-air space. Steps for seating along routes compensate for differences in height and also become urban seating and meeting places. Atmospheric areas of grass and shrubs accentuate the different subdivisions of the space and the different beds of plants offer attractive views throughout the year. 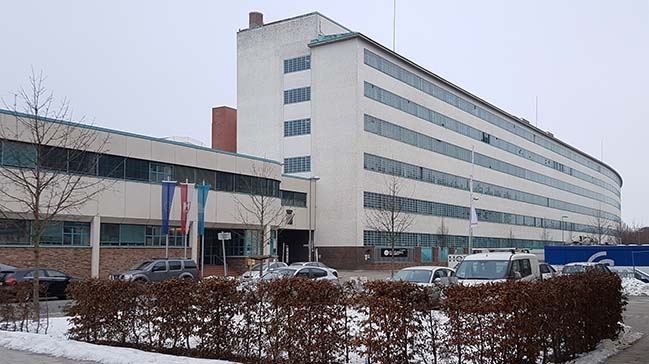 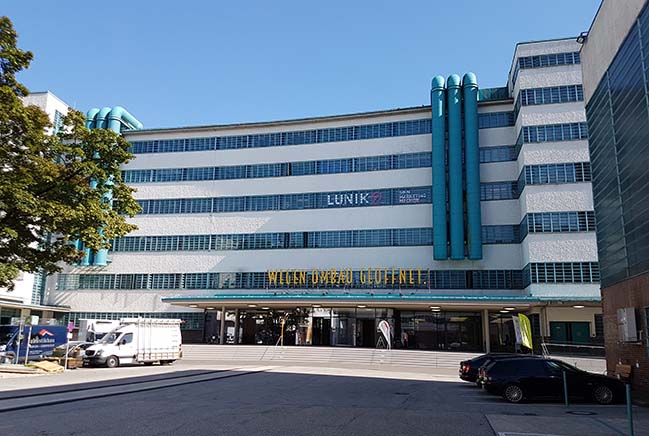 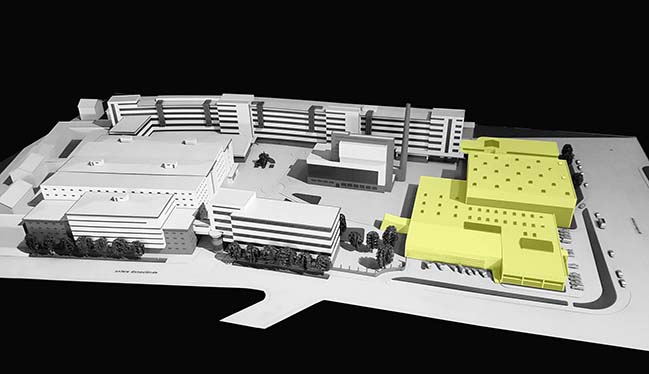 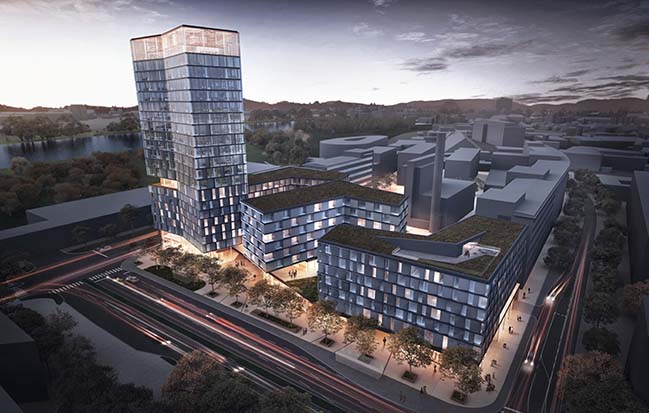