The Kengo Kuma and Associates designed a multifunction building in the new campus of Novartis in Shanghai. 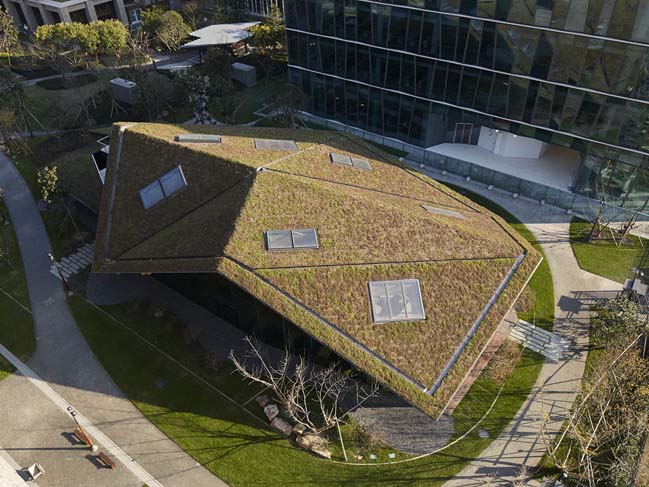 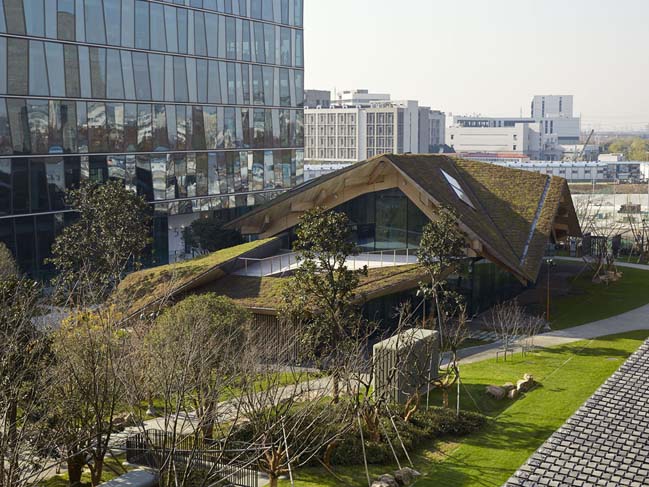 Project's description: The project aims to function as a space for the company’s staff and their guests to access freely to an event, café, or a meeting. The majority of the architectural volume in this campus consists of box-typed buildings in urban-scale, where research and administration are conducted. Given such landscape, we in contrast aimed at a place like a small “house”, where people of the campus can come together and relax. It is the only low-rise building erected at the heart of the landscape, which makes it possible for the users of each building around to look into this green-roofed origami-like house, as a symbol signifying green and sustainability in life. Main structure is a combination of V-shaped columns and lattice-formed beams of laminated Douglas-fir. Being exposed to the interior as it is, it also forms the roof of the house. Under this grand roof, many different rooms and spaces are set for the people in the campus, punctuated by furniture in various designs and layout. 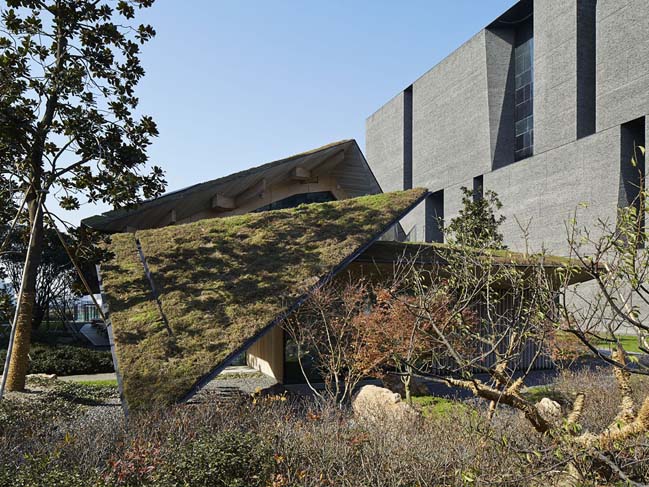 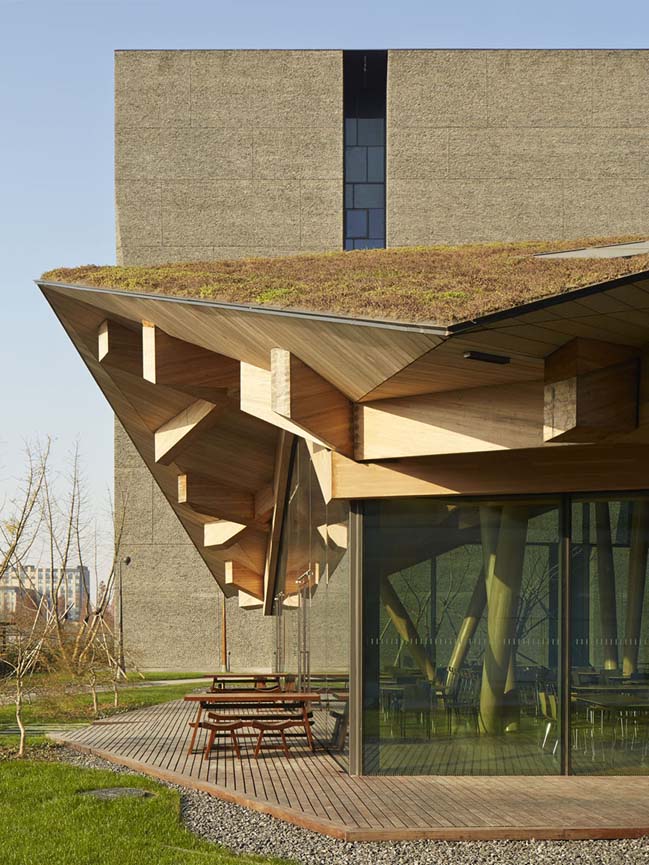 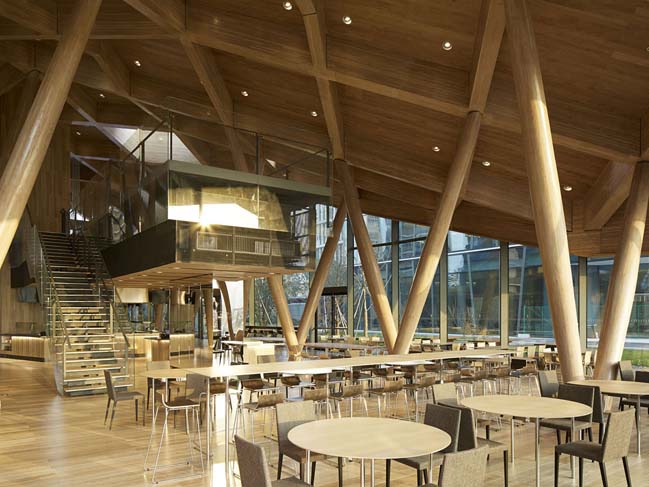