The Stéphane Malka Architecture has renew an old residential building of the 1970s in the 16 district of Paris to optimize spaces and bring more natural light in. 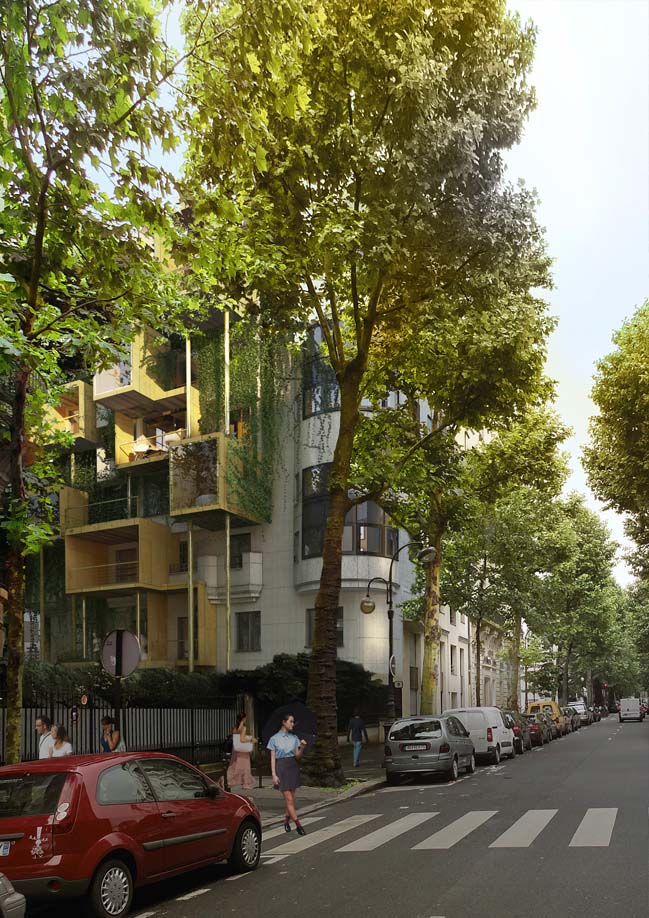 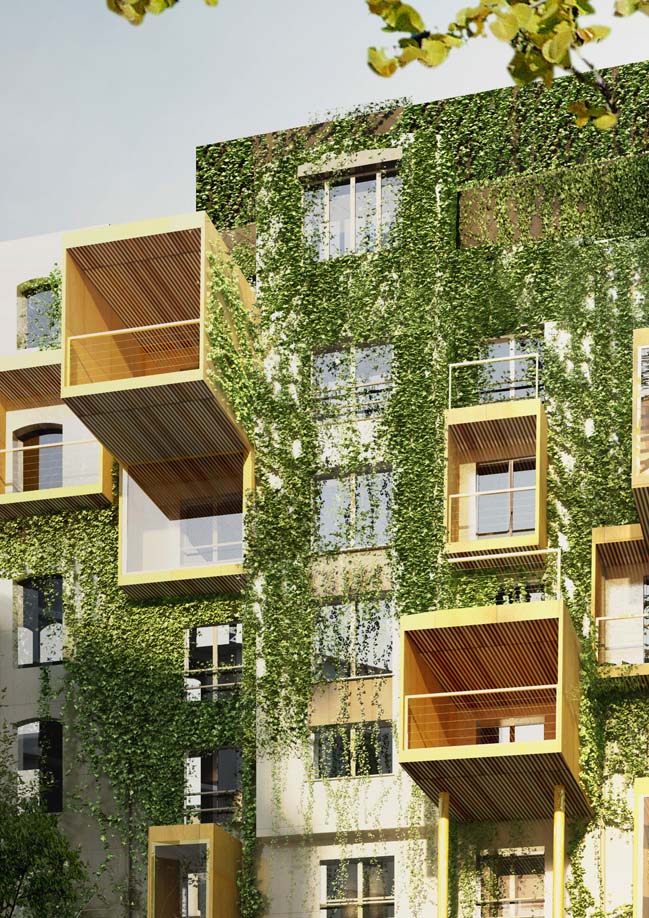 Project's description: Located in the heart of the 16th arrondissement of Paris, a stone’s throw away from La Seine river, this building of the 1970s is, like most buildings of this period, lacking of energy performance. A condition due to the presence of thermal bridges, bad insulation and the old standard windows. Its average energy consumption is approximatively 190KWh / m² / year. 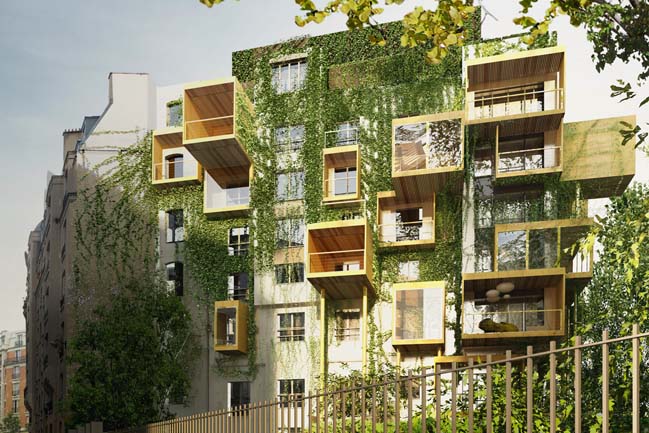 In addition, the apartments were too small and gloomy, which led the co-owners to mandate Stephane Malka to optimize their properties. 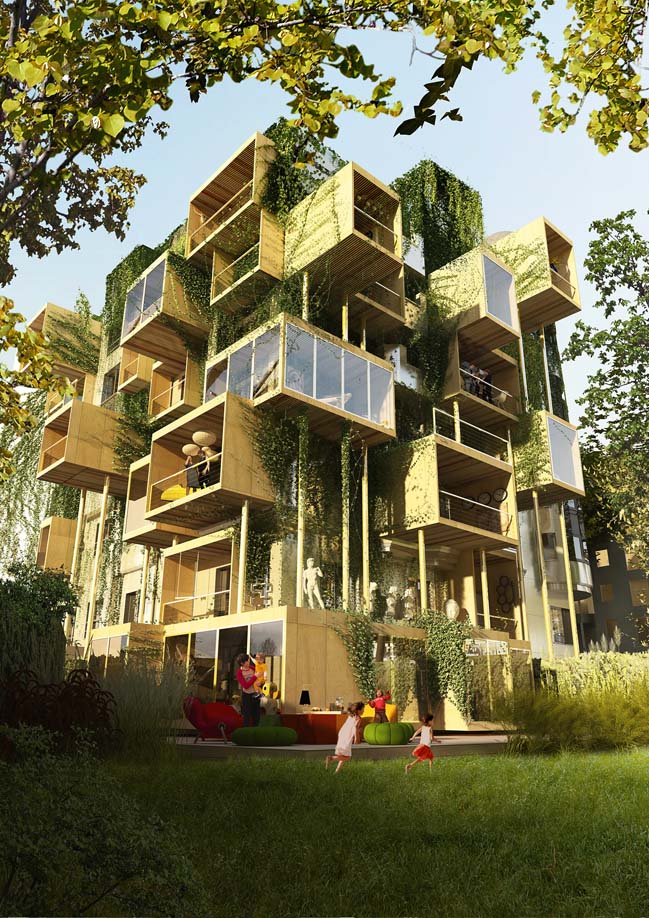 Since the Alur law ( a new property law which relaxed planning laws, particularly those for rooftops, and introduced rent-stabilization measures ) does not allow the building to be raised, we decided to graft the building with a succession of extensions, bow-windows and loggias; Each inhabitant control the necessary surface area needed for its own development upon request. 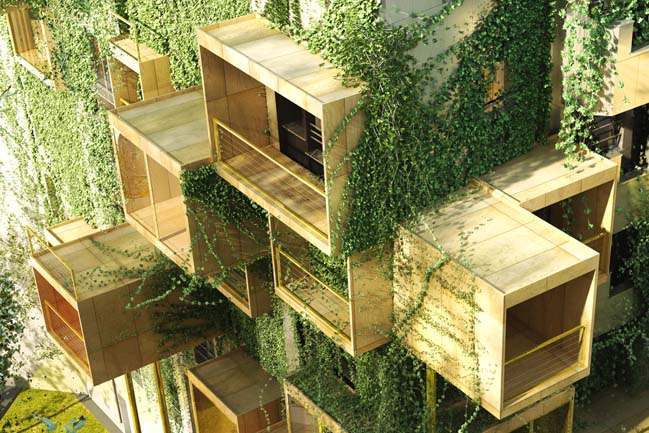 The result is an extension of the dwellings on the ground floor as well as hanging gardens along with bow-windows, balconies and loggias of variable dimensions. 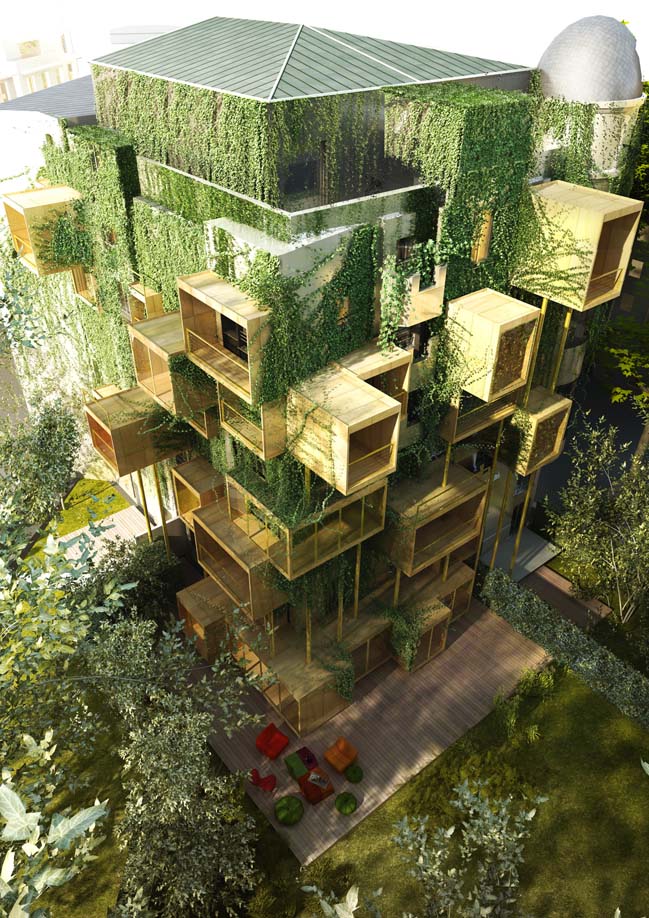 The structure of the boxes is made of bio-sourced wood, made from wood particles and chips, which allows them a lightness and a great flexibility of implementation on site. Modular and mounted in a workshop, each cube is directly plugged to the existing façade of the building. 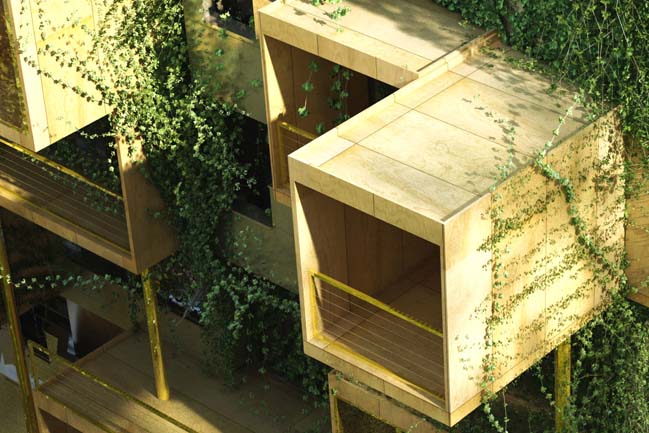 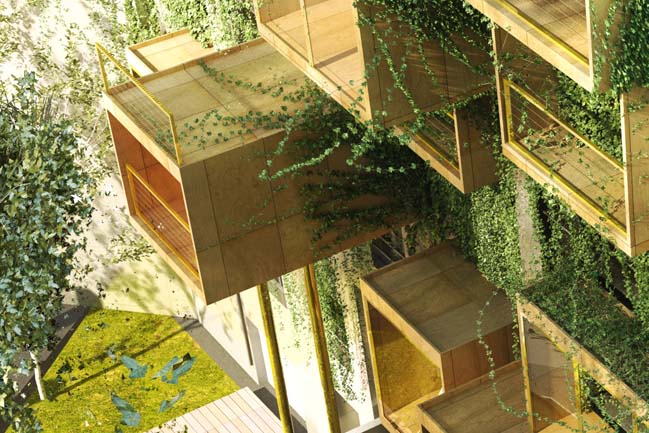 Thus the building is transformed and adapted to the real needs of its inhabitants; 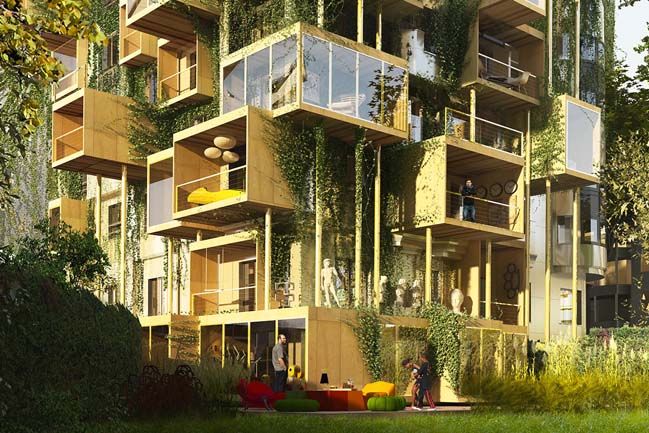 The ground-floor accommodation stretches towards the inner garden. These extensions allow the inhabitants of the 1st floor to benefit from large private terraces opened to the sky. Thus, each cube allows two levels of extensions, one covered and one open in its top floor. Private and common interstitial terraces are thus generated by default, in negative of the loggias. 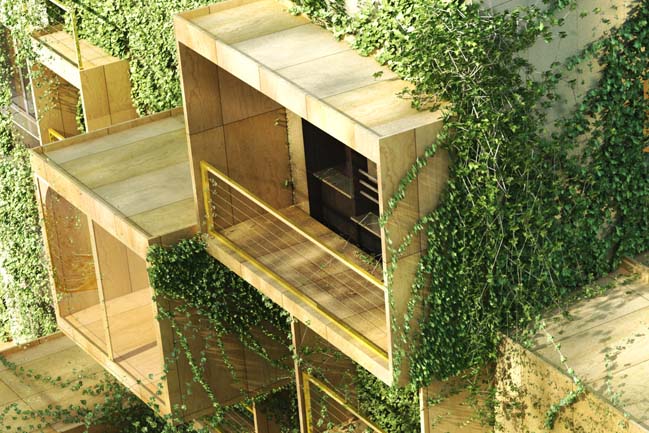 Utopia of yesterday, Today’s architectures, the mutation of cities must be built on existing heritage. “Para-Site” the city, literally, lean back against it, healing the wounds of the city and its heritage in a logic of transformation. By superposition, addition and extension of the built heritage, rather than the categorical tabula rasa. 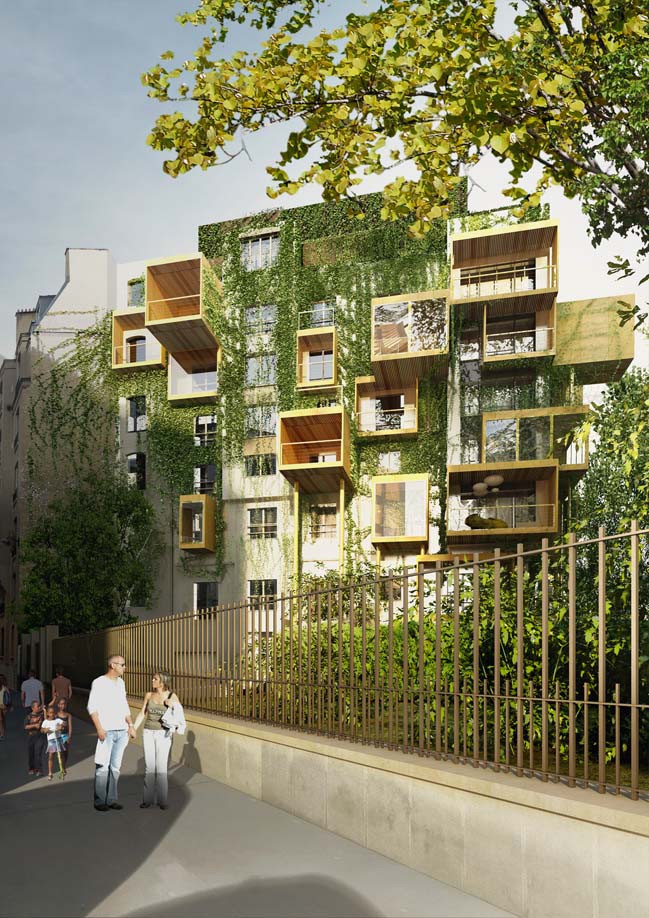 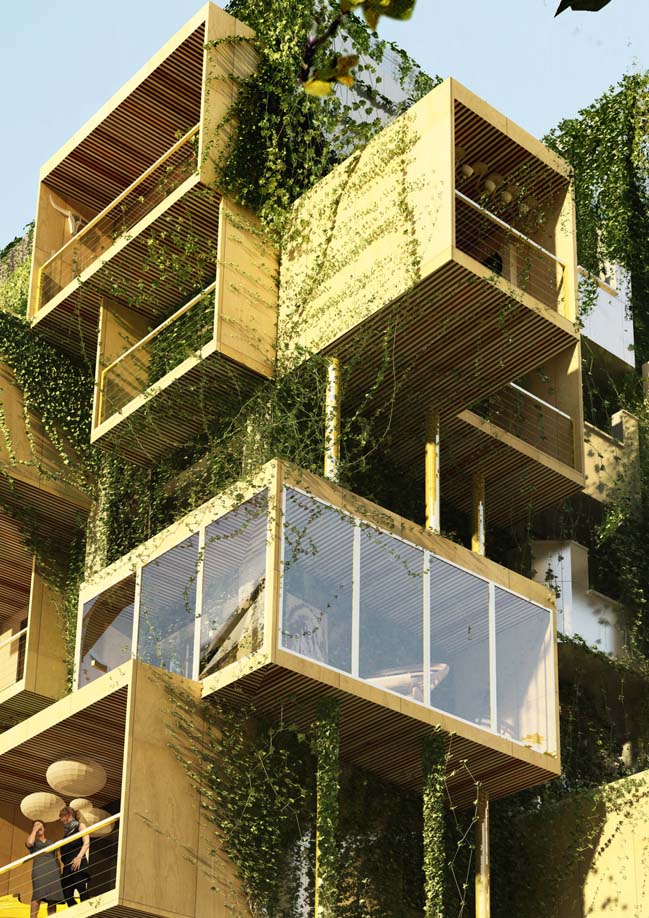 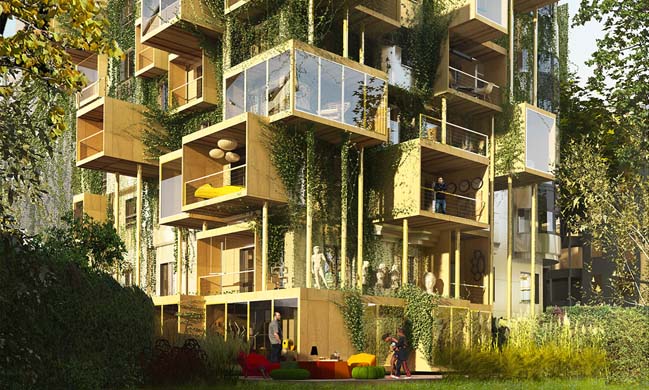 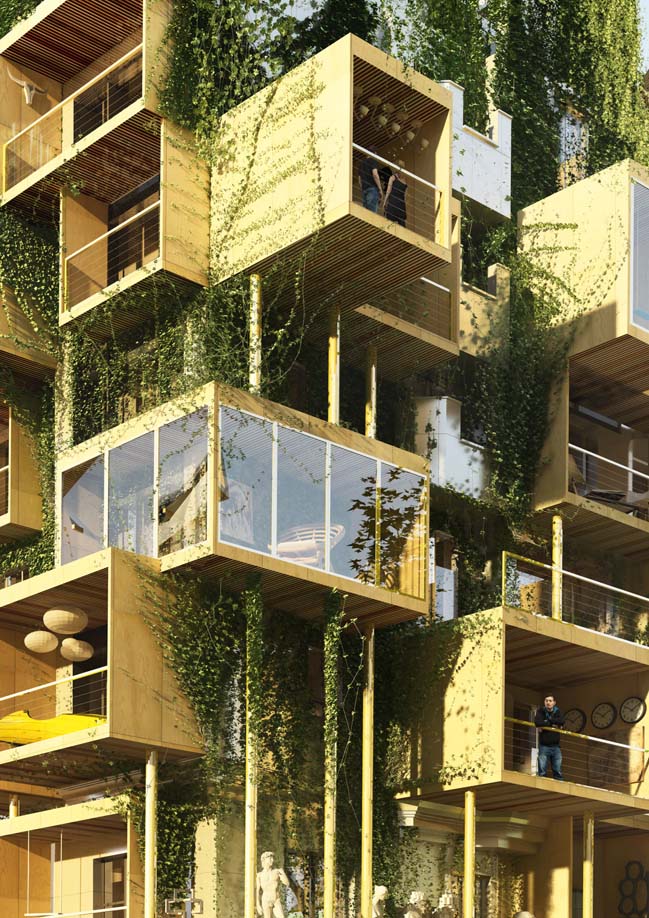 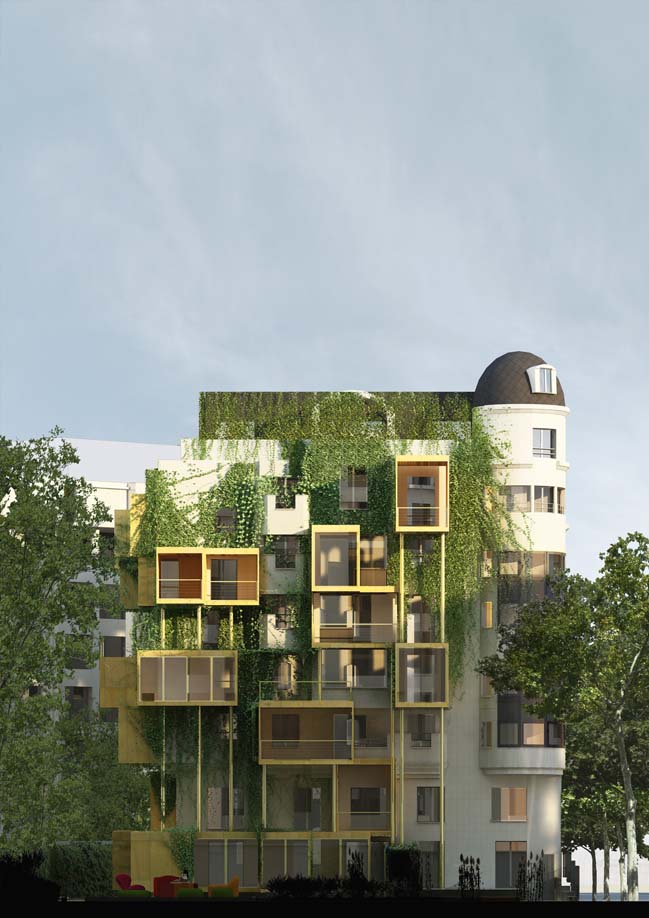 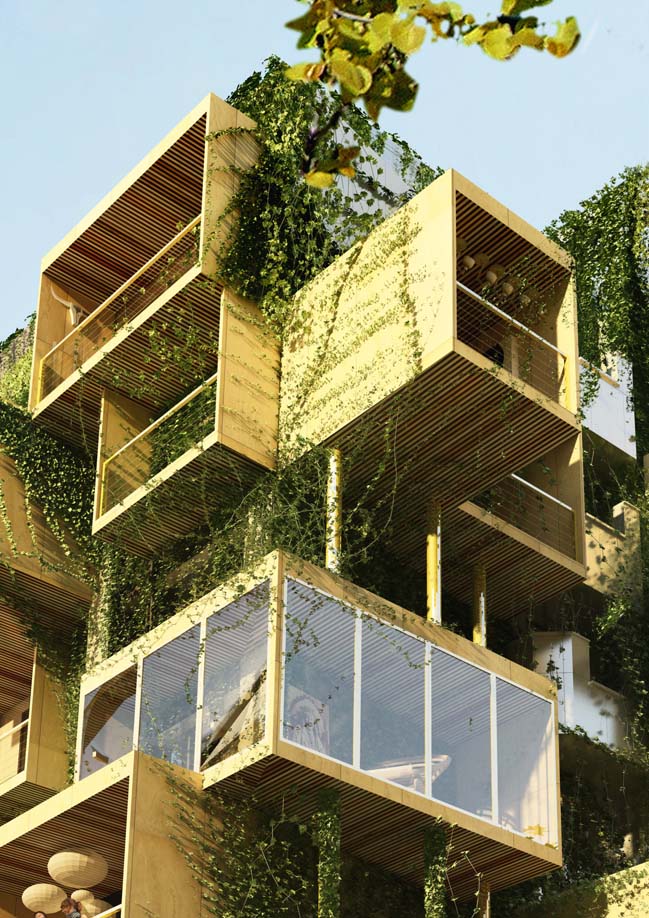 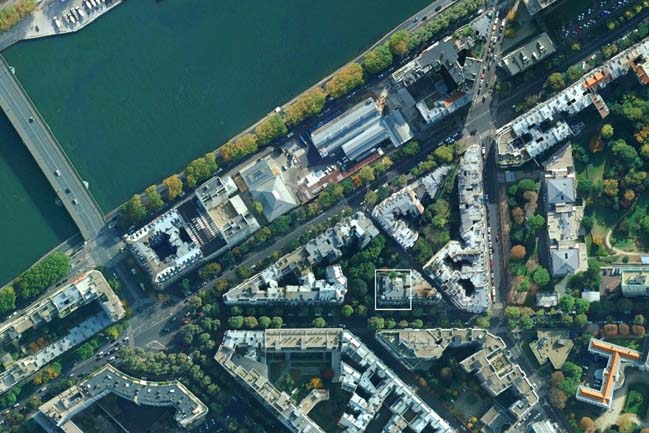