This architectural proposal was designed by 3xn in the Reinvent Paris competition to create a new and energizing area in the Pershing district. The Pershing district is physically and symbolically separated from Paris, because the ring road separates the two districts from each other and thereby creates a barrier to social interaction. 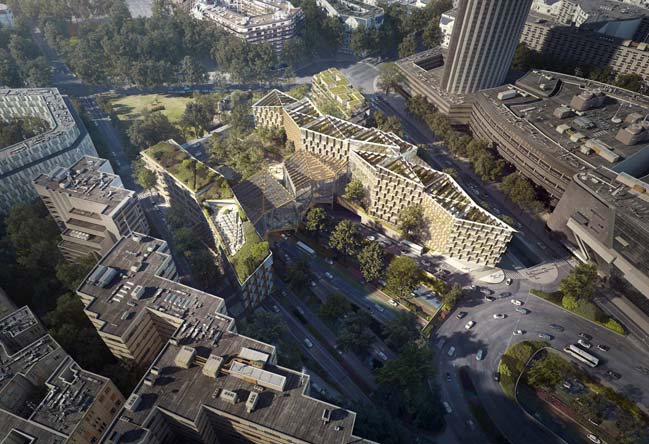 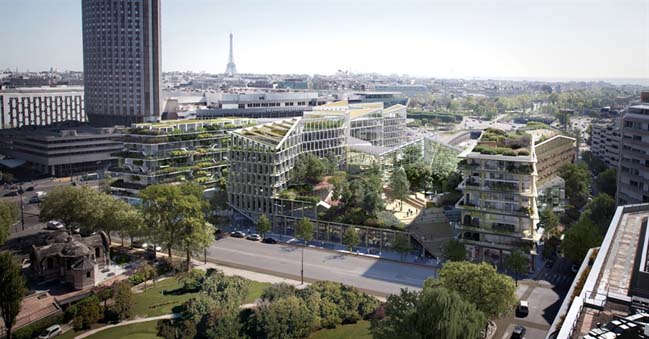 Follow the architects: The inspiration to the project came from nature and from the veins of a leaf – where the various side strings spreads out from the middle string in the leaf. 3XN's project connects the two isolated districts with a unique construction on a bridge over the vibrant ring road. 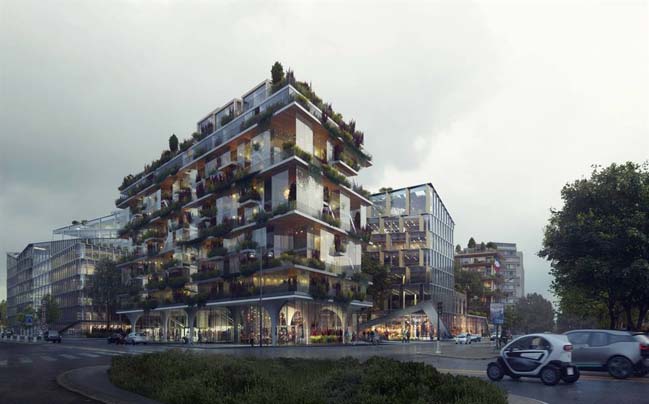 The new building helps create a transformation of the region by creating a stronger, more active and green neighbourhood. What previously had a negative impact on the area transforms into a positive catalyst, where the two parts now connect to each other physically. 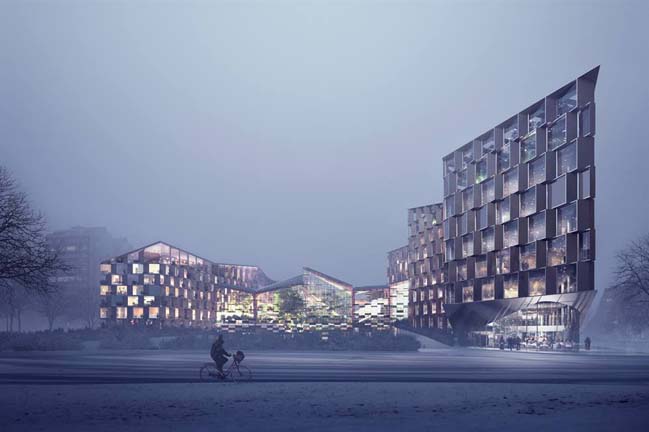 The entire project is characterized by diversity in design and form, but the project also creates diversity in the people who are there. 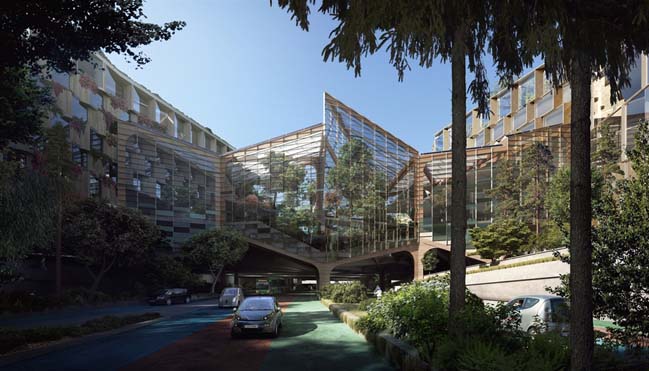 Parisians will have a building with several purposes - from residential and commercial use to a green space that offers a respite from the vibrant city life. All of it makes the area into a destination. 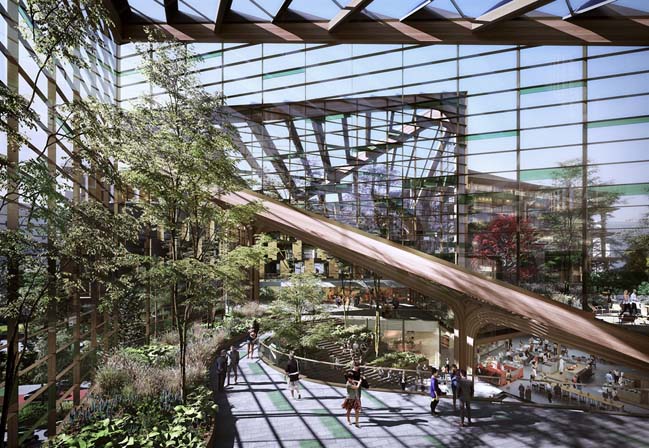 What used to be dominated by noise, traffic and pollution, now offers green spaces, urban agriculture, office space for established companies and young entrepreneurs, hotels, hundreds of jobs and a large food market – and in the end creating a tourist destination. 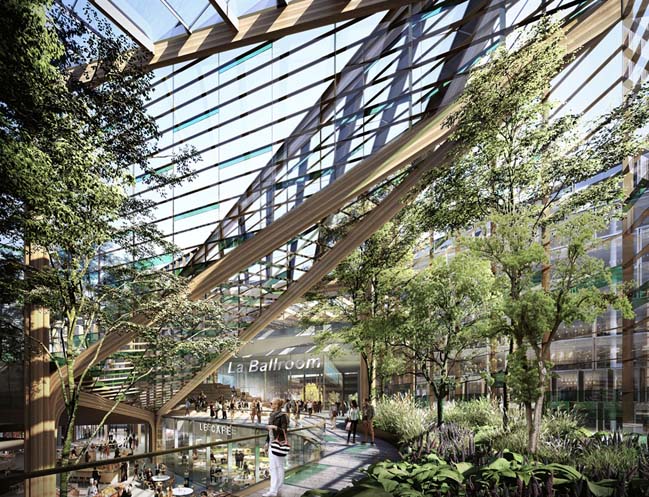 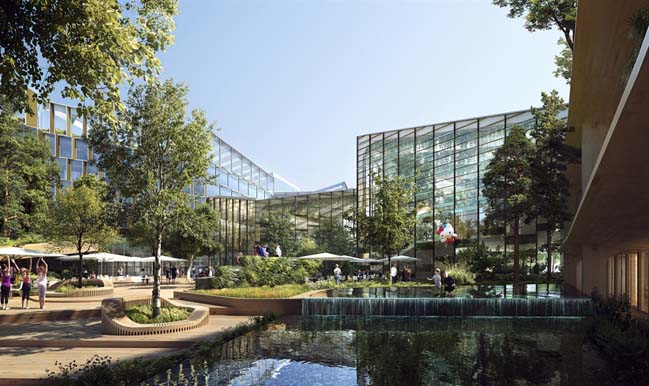 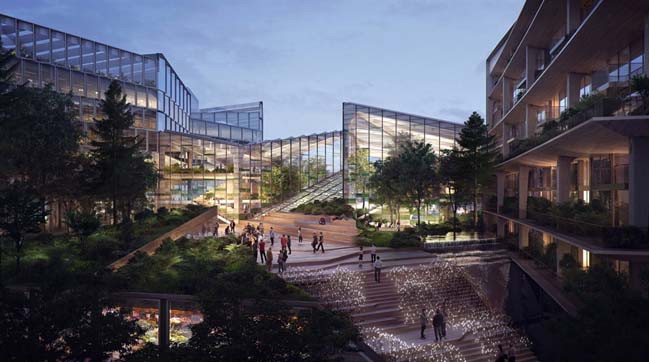 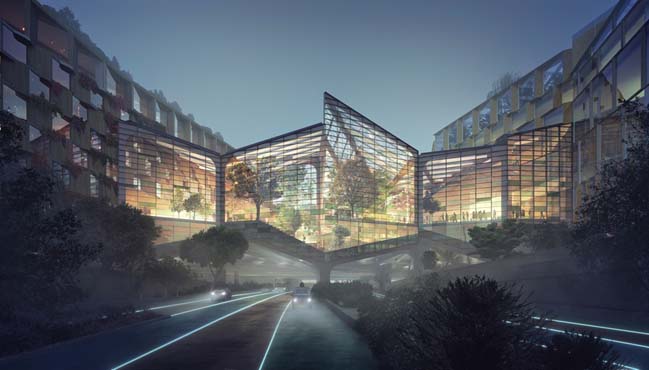 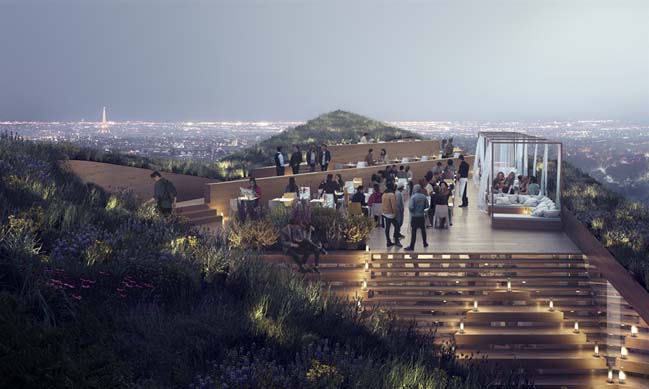 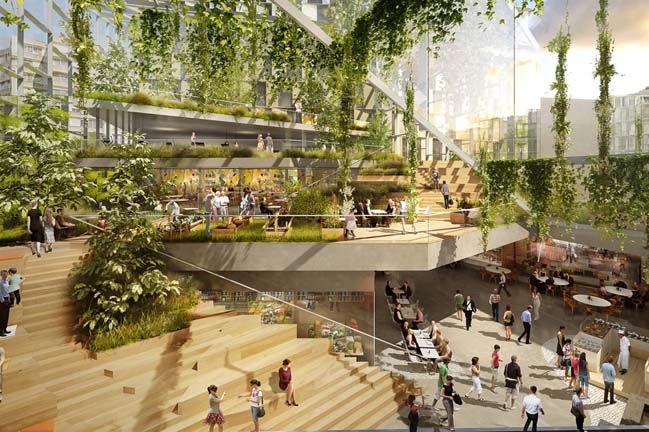 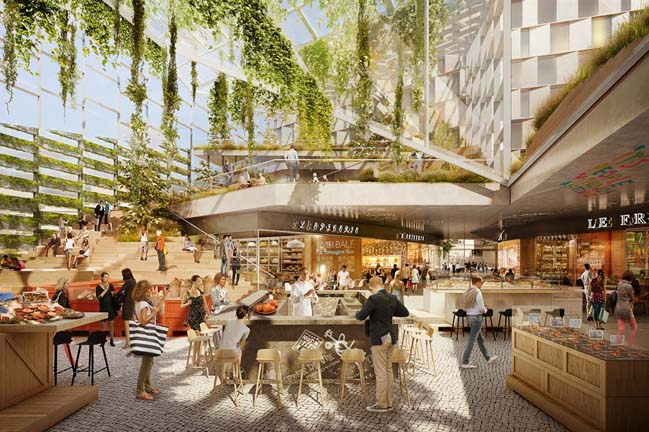