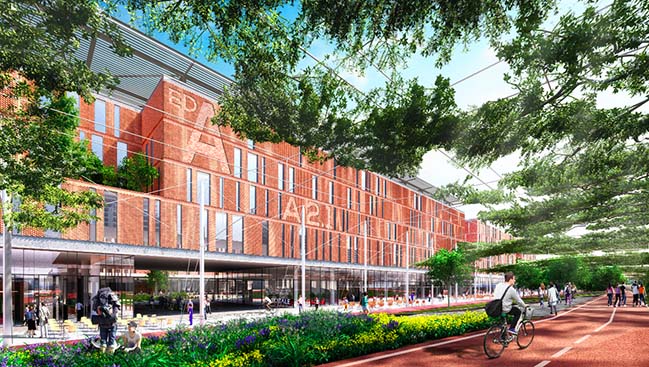 International design and innovation practice CRA-Carlo Ratti Associati has worked with Australian real estate group Lendlease to develop the schematic design for the University of Milan’s new Science Campus, Science for Citizens. The design proposes a rethink of the traditional university court or cloister, with maker spaces and parametric brick facades assembled by robots. The new Campus will be located within MIND (Milan Innovation District), the innovation park under development on the former site of Milan’s 2015 World Expo – also based on a general masterplan by CRA. In the framework of a public-private partnership scheme, the project sets the basis for a tender dealing with the project financing, which will open in fall 2018.

The design responds to the decision by Milan's largest university to move its scientific disciplines to a new campus – from the Città Studi area in eastern Milan to MIND. The project puts forward a vision for an open campus that becomes a testing ground for innovative education, while fostering exchanges between the university and the surrounding innovation neighborhood. The Science Campus will host over 18,000 students and almost 2,000 researchers.

"The modern university campus was developed in Italy around the year 1000. Its principles have kept informing the design of higher education spaces for over a millennium now – from the Oxbridge colleges to the French Grandes Ecoles to the contemporary American campuses,” says Carlo Ratti, founding partner at CRA and director of the MIT Senseable City Lab: “However, today MOOCs, learning by making, continuous education and so on demand a fundamental rethinking of the architecture of the university – fostering more interactions both inside the community and outside it (“town and gown”). This challenge is what inspired us in developing the design for the new campus for one of the world’s greatest universities.”

The project by CRA, extending over an area of more than 150,000 square meters (1.6 million square feet), is based on some fundamental principles:

1. THE COURTS – The new Science Campus draws upon some fundamental characteristics of the Ca' Granda building, the historical headquarters of the university in the city center of Milan. Similarly to this 15th-century former hospital, the new buildings will be based around court structures. Around a large central square, five cloisters unfold as the heart of university.

2. PARAMETRIC BRICK FACADES – An additional tribute to the Ca' Granda building is based on facade materials. The walls of the new Campus are covered with bricks. However, starting from a digital parametric design, the bricks will be arranged and assembled also with the help of robots, so as to showcase images or symbols in a potentially reconfigurable 3D "talking facade."

3. COMMON GROUND AND OPEN UNIVERSITY – Adding to the urban principles of the wider MIND area, the project creates a "common ground": a public space that winds its way across the Campus, also thanks to a series of pedestrian crossings that pierce the buildings’ curtain, giving access to the courtyards and cloisters. At the same time, the ground floor of the buildings will be largely transparent, to show the educational environments to the public. The university spaces will be designed as flexible and reconfigurable, allowing an optimal use of resources and encouraging innovative sharing-driven teaching methods, from maker spaces to open learning areas.

4. CITY AND NATURE – CRA’s design includes not just the faculty buildings and the surrounding public areas, but also green spaces surrounding the architectural complex. In addition to the greenery in the cloisters and on the roofs, a sequence of botanical gardens, experimental greenhouses and sports fields will be linked to MIND’s linear park and to the navigable waterways of the former Expo area. The entire Campus will be exclusively accessible to pedestrians, while the energy supply will achieve sustainability thanks to the contribution of a dedicated technology center.

In late July 2018, the Board of Directors of the University approved Lendlease’s proposal for a public-private partnership for the construction of the Campus. The Lendlease project provides a concession for the construction and management of campus services for the next 30 years. The next step is the preparation of the tender for the actual development of the Campus.

The Science for Citizens Campus will be located within MIND, whose masterplan has also been designed by CRA and was first presented in November 2017, when Lendlease won the international competition held by public company Arexpo to build an innovation district on the former area of 2015 Milan World Expo. MIND extends on a surface of 1 million square meters (10-million square feet) and it will feature a one-mile long linear park, as well as the first neighborhood in the world planned for self-driving vehicles. 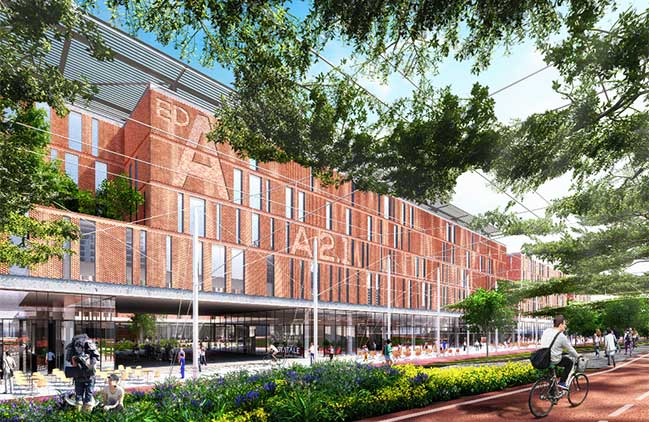