Seoul Urban Womb is an architectural concept that was designed by Architects for Urbanity to develops a strong direct urban intervention by connecting the train station of the area with the Women Plaza in Seoul through the new building of the facility. 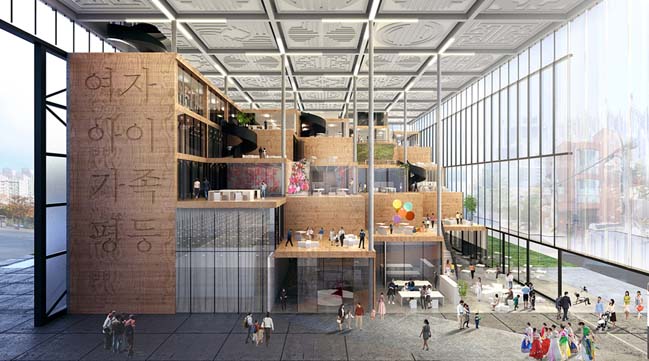 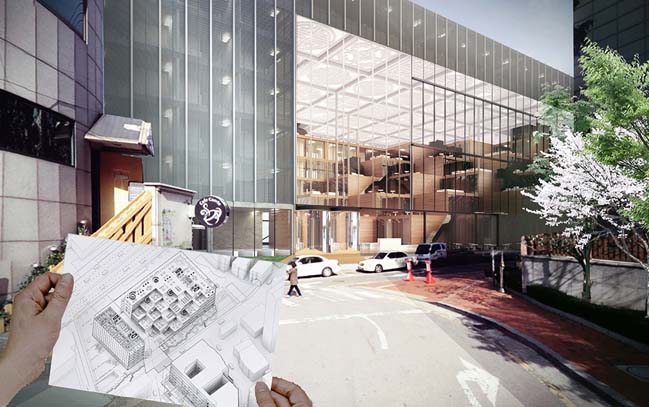 Project's description: The site is located at Daebang-dong, where U.S. army base ‘Camp Grey’ had been located for 55 years until the retrocession in 2007. Located adjacent to this site was Seoul Women Shelter which accommodated prostitutes, runaway dementia elders, and vagrants from 1962 to 1998. The shelter was converted to Seoul Women Plaza. This is a symbolic place where tragic division of the Korean peninsula, poverty and hardships of woman in the era is accumulated and conveys the agony of Korean modern history. The purpose of this project to turn this gloomy and ‘deathlike’ space into a place of resurrection, a site of nurturing space that will foster welfare of women and families. 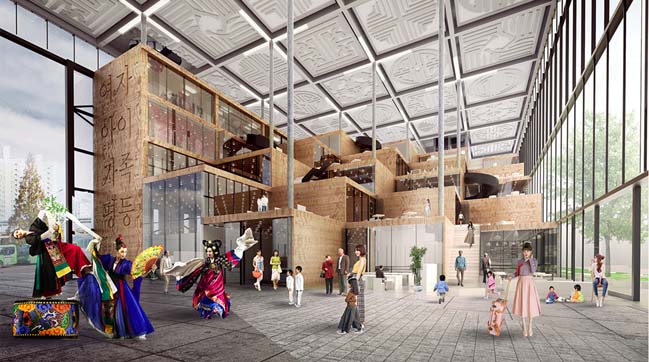 Therefore, the project develops a strong direct urban intervention by connecting the train station of the area with the Women Plaza through the new building of the facility. This programmatic carpet of connection breaks the rectangular volume of the project and creates a large urban void that can host events and activities. A large 5-floors-high urban door opens to enhance the continuity and welcome the fusion between public and private, inside and outside, as well as transition from the urban to the domestic. As a result, rather that breaking the program into several smaller volumes, the proposal condenses all of it into a single orthogonal envelope, suggesting efficiency and unity as the future of sustainability both in environmental and social terms. 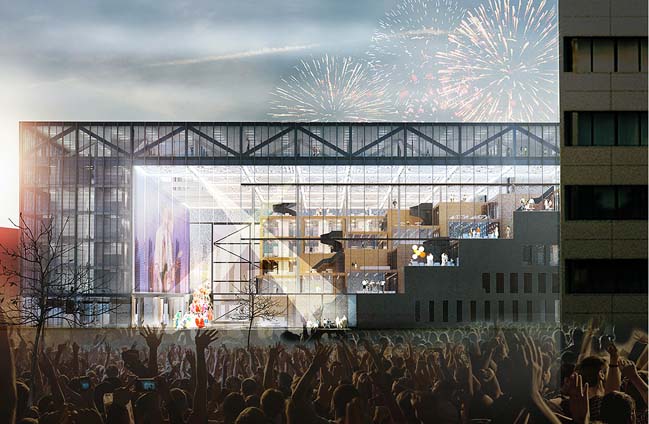 As proclaimed from the title of the project, the building is designed as an organic urban womb that intensifies spatially and programmatically the urbanity of the site and the wider area. The building consists of a compact rectangular volume that is interrupted by a sequence of voids to create a dynamic network of activities inside the building. The main void of the project is defined by the big pixelated plinth and resembles an over-scaled urban living room or lecture theatre for the community of Women and Families of Seoul to exist together in a common three-dimensional network and perform their daily activities within an open platform.

The new Women and Family Complex Facility will be a space where relationship among family and households of women will be enhanced. The organization will face age-old unresolved issues with new experimental thinking and interesting methods. The issues tackled will include collapse of social relation network, lack of communication among family members, 1 person household, women’s low participation on economic activities which stagnated for 20 years and stagnant of gender inference. 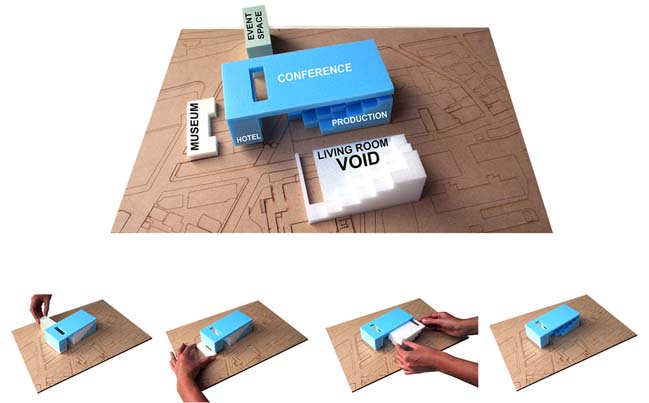 “We shape our buildings and thereafter they shape us,” as the statement indicates, it is very crucial that the new spatial composition of Seoul Urban Womb inspires citizen’s participation and enforces accumulation of relational network, added to programs and operation system. Imagine a space where you are encouraged to meet each other, helps to form creative culture and learn customs of community, and expands value of gender equality in family and community.

The building is composed of a hybrid mix-use program that contains Family space, Handwork activities, Growing space, Conference spaces, a Learning center and Communal Spaces. In order to create clarity and efficiency, the building distributes the different programmatic entities into three basic volumes: the pixelated plinth, the vertical tower and the horizontal slab of the roof. 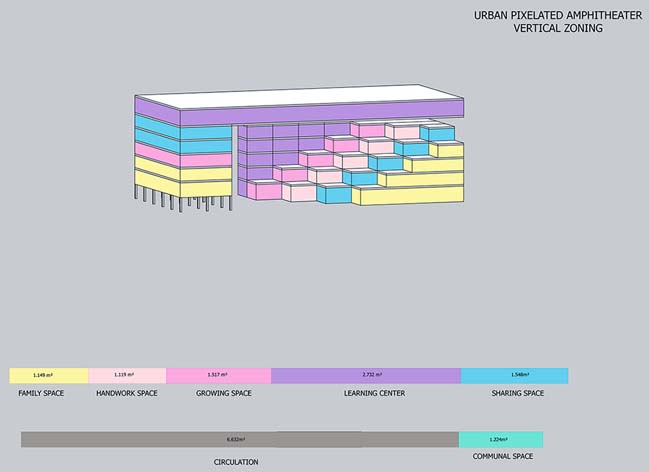 The pixelated plinth contains the main functions of the building, such as an auditorium, the Family space, the Youth Center, the Food courts, the Production labs and the Shops. The organizational structure of the plinth is one of five stripes of increasing size positioned one next to another. Each stripe contains a distinct program and is positioned between related activities in order to maximize the efficiency of the building and moreover to extrapolate the interaction and the spatial experience of the users. While walking on the direction of a stripe the user faces the same activities, but once the user walks perpendicularly he or she receives a rich cross-programmatic experience by facing a series of changing and dramatically different activities. 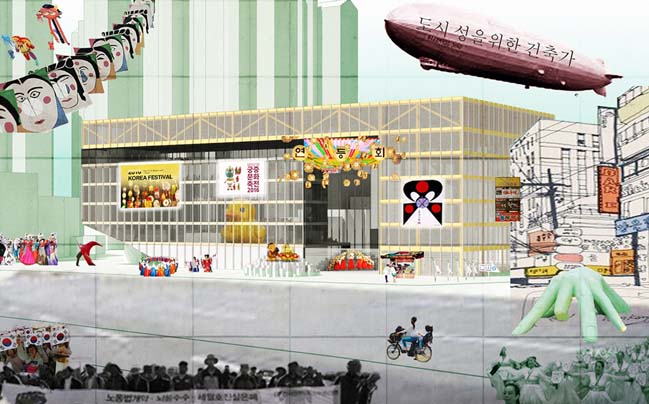 The tower of the building houses the boarding facilities defines the western edge of the envelope and frames the events space of the Facility. Organized as a simple and compact machine for living, the tower contains twelve rooms and two meeting rooms on each of its five floors above ground, whereas it houses a lobby and the Museum of Motherhood on the ground floor, therefore animating the level of the street. The circulation of the space is facilitated by two vertical cores of staircases and elevators. The glass and aluminum façade of the tower is dressed with a generic steel mesh to control sunlight and create interesting qualities of transparency. 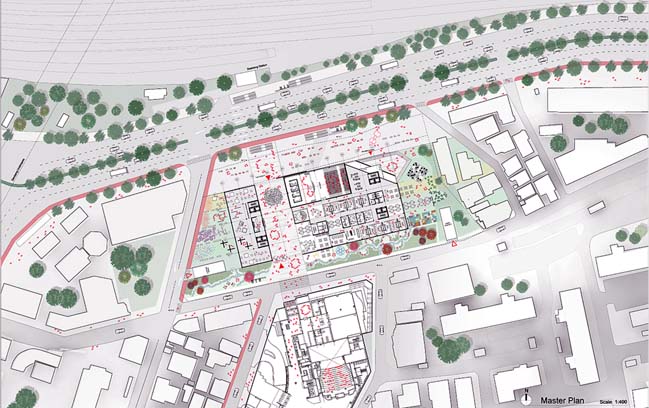 The rooftop slab of the building is an inhabited truss structure that houses the conference facilities and administration. The whole floor is designed as a clear array of programmatic zones tied together by a perimetric circulation zone. Along the façade the floor is programmed with informal and open-plan office areas. In the center of the floor and illuminated by two large courtyards there are the conference rooms of various sizes, as well as meeting rooms and the vertical circulation cores. 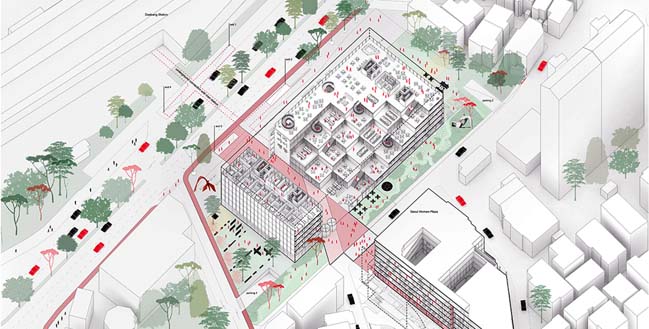 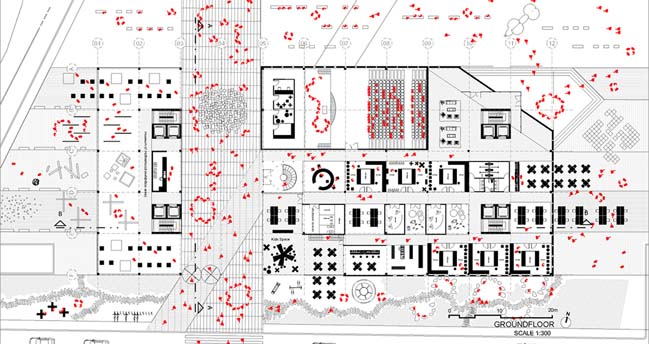 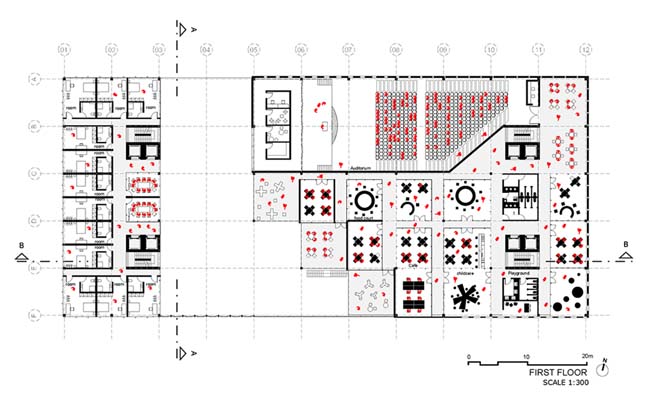 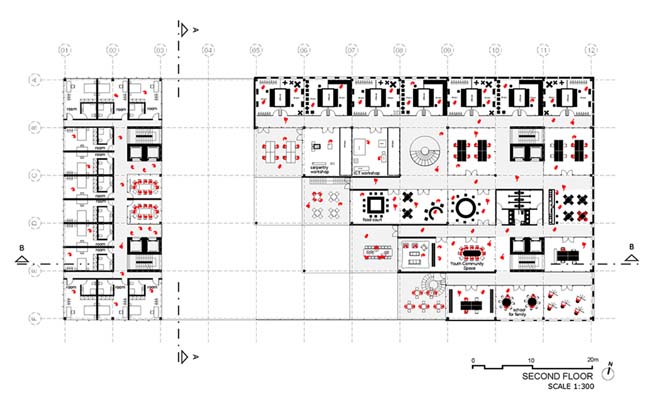 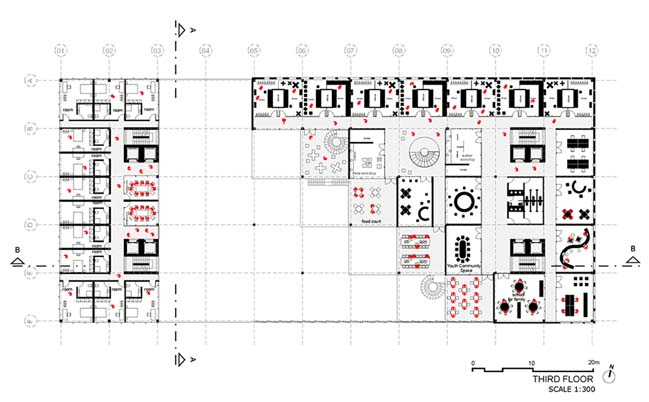 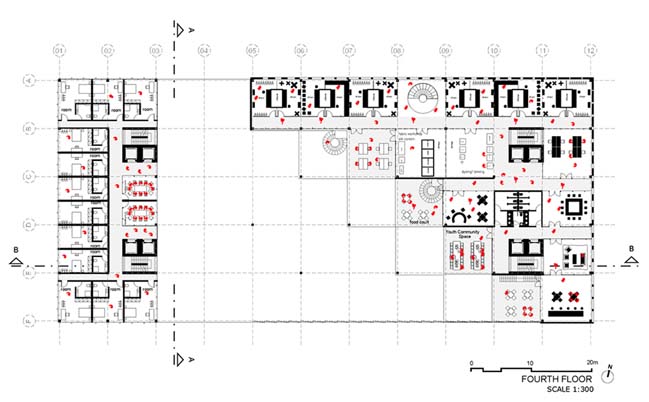 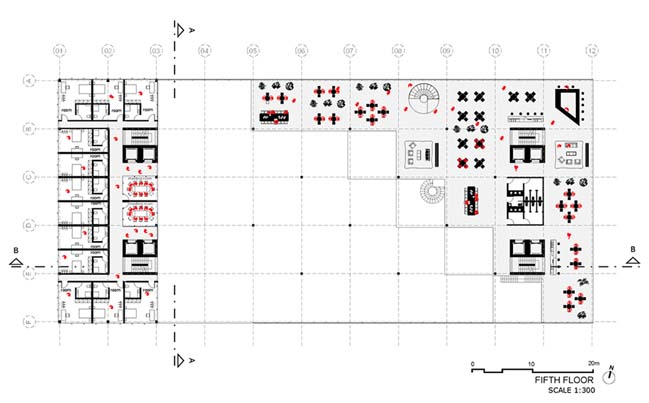 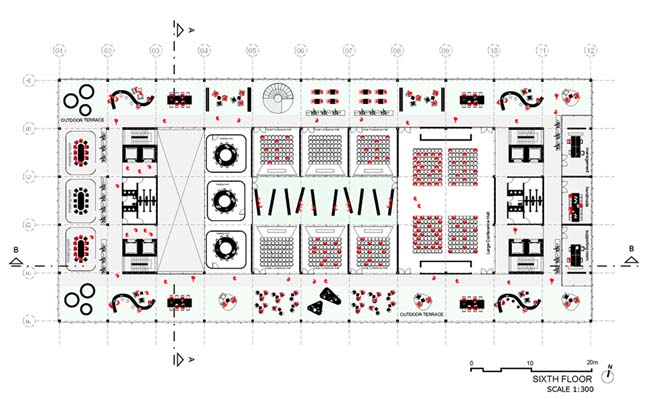 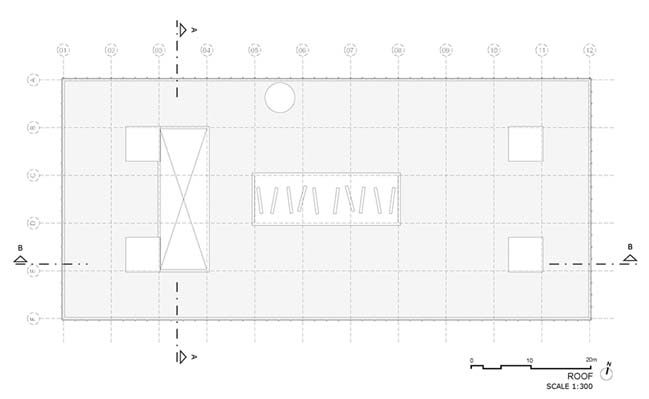 > Entertainment Complex in Seoul by MVRDV

09 / 12 / 2016 Seoul Urban Womb is an architectural concept that was designed by Architects for Urbanity to develops a strong direct urban intervention by connecting the train station...