Skorba is a small village in the vicinity of Ptuj, Slovenia's oldest town. Once a typical village with a clustered settlement pattern, the passage of years and the proximity of the city caused it to grow out of turn, transforming it into a commuter suburb without a clear structure. The organic growth resulted in a markedly heterogeneous development organised along the access roads, with no public surface layout and without a clearly legible village centre. 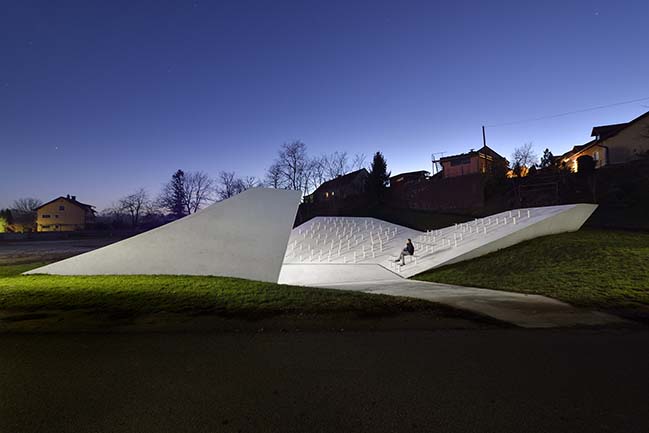 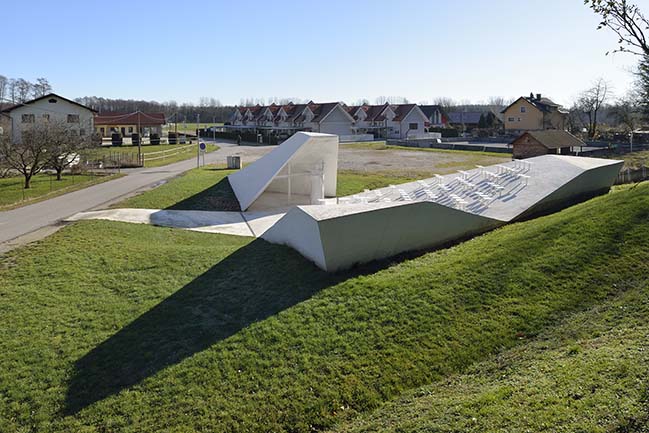 From the architect: Consequently, the first consideration following the decision to erect a village chapel was how to use this opportunity to also lay out a central event and socialising space for the villagers. The site for the new village centre was carefully chosen: the plot once contained the village stream source, and this is also the point where the one river terrace bank rises upwards to the other one. The village centre is sited close to the community centre building, at the crossroads of the main paths through the village. 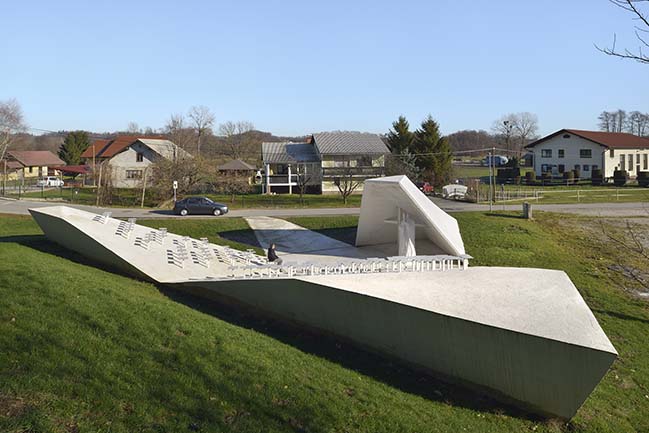 In discussing the new village centre Skorba, it is remarkable that the entire project, from the initial idea to completion, was driven by the initiative of the inhabitants themselves. They took an active part in raising the funds to purchase the plot as well as in the construction, which required many hours of voluntary work by the villagers. All of this had to be taken into account when drafting the project. Therefore, the design does not hinge upon the perfection of every detail and does not feature any high-tech solutions. Instead, it aims to establish an appropriate relationship with its surroundings and a sufficiently bold appearance chiefly by means of a clearly legible volumetric design and simple materiality. 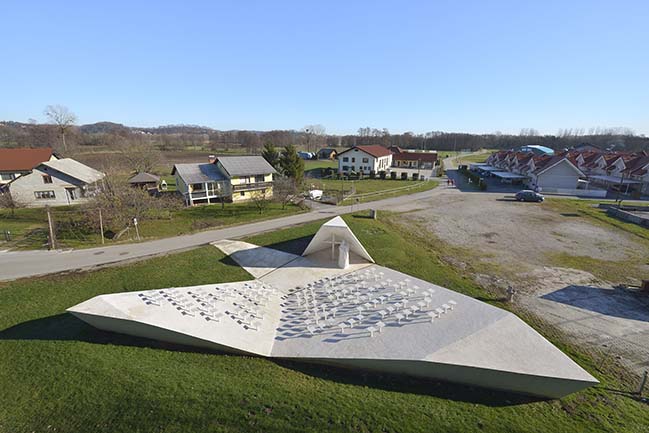 The first step in defining the space is the siting of the triangular surface of the new square in the centre of the vacant plot. The paved surface, clearly separate from the grassy surroundings, defines the future socialising space. The surface then employs a narrow access path to connect to the road passing by. The central part, created by the section of the geometries of both paved surfaces, is given a slight dip, which shelters the event space from the impacts of the surroundings and directs all users' gazes towards the centre. Next, the volumes of the chapel and the grandstands are raised to create an introverted village square. The final device in designing the new village square is the truncation of the raised volumes by means of a uniform plane which creates an impression of a virtual roof and completes the structure's form. 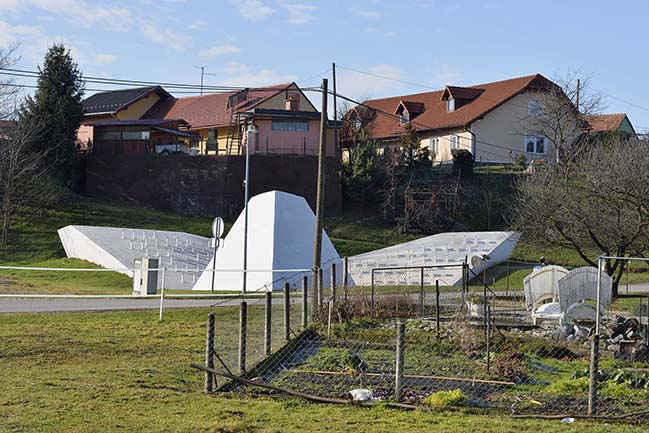 The entire structure is made of a uniform material - white concrete. The combination of simple materiality and emphasised volumes creates an attractive spatial element, its appearance sufficiently bold to drown the heterogeneous structure of the surroundings and mark the significance of the area. 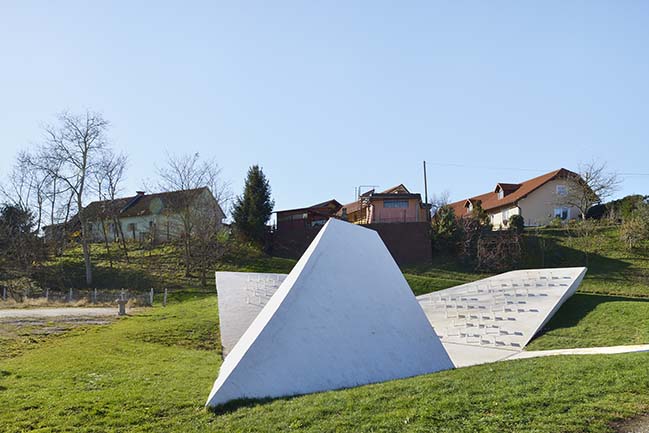 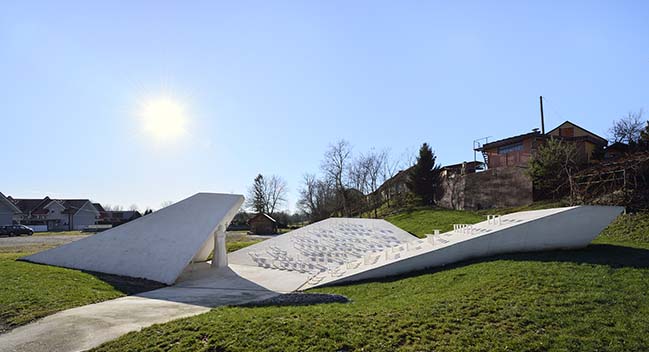 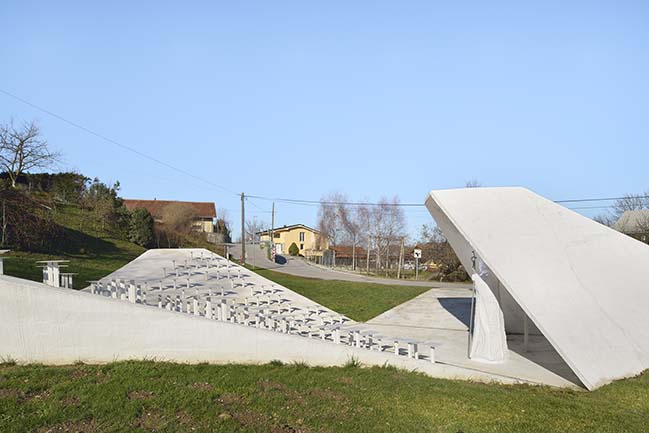 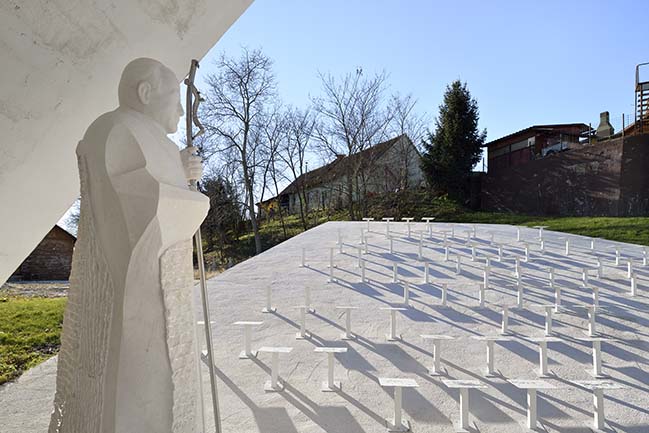 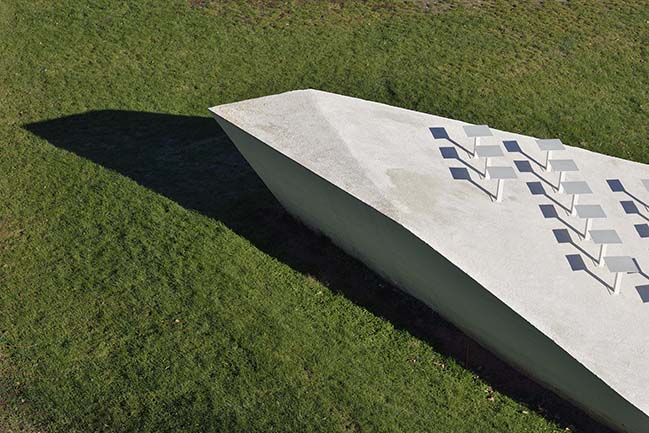 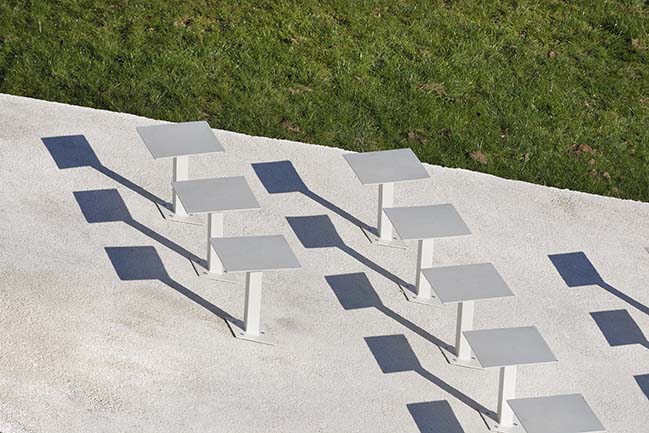 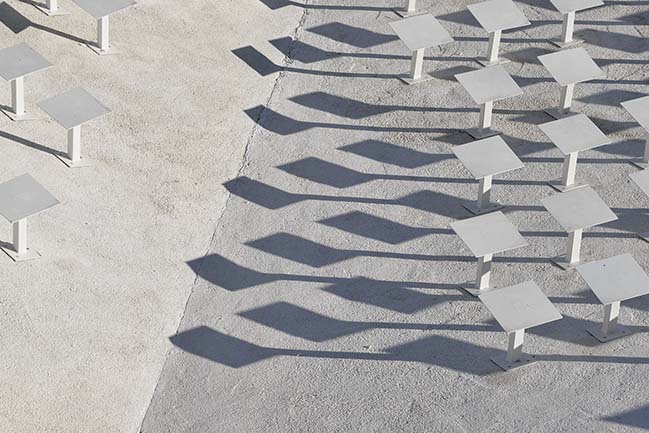 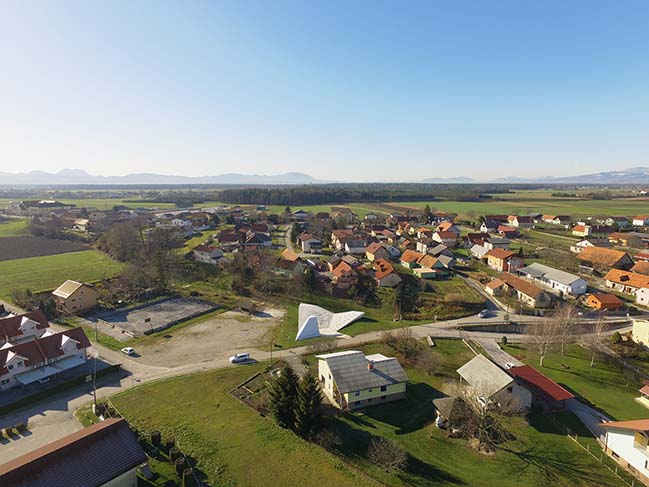 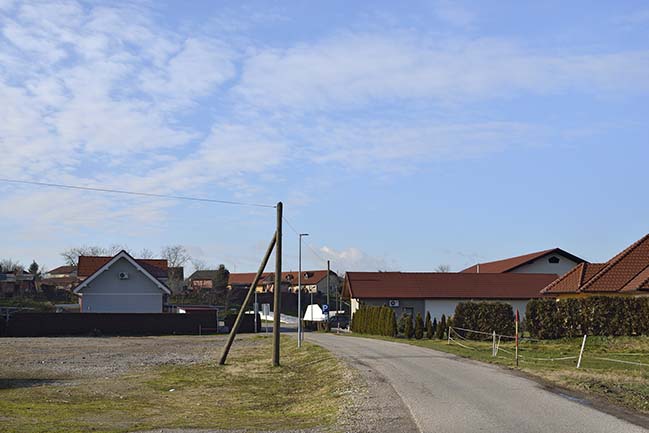 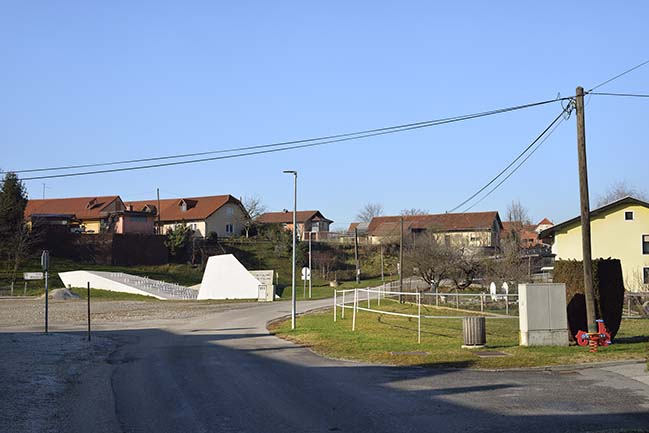 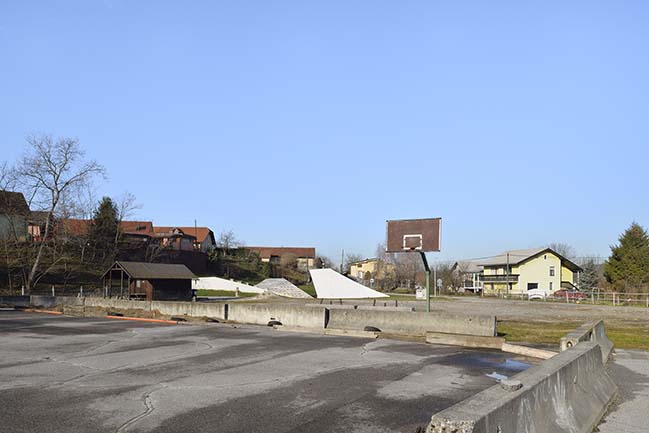 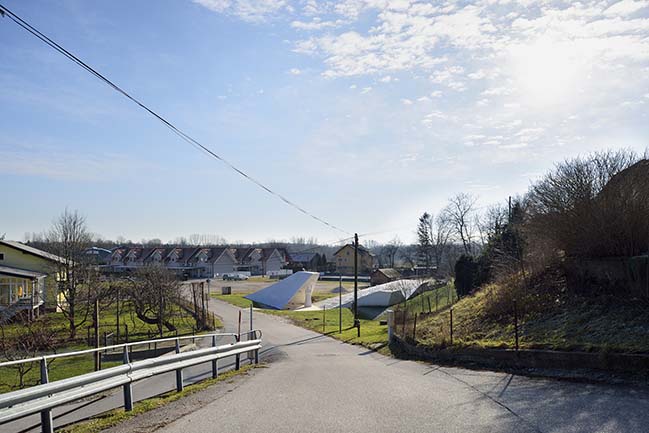 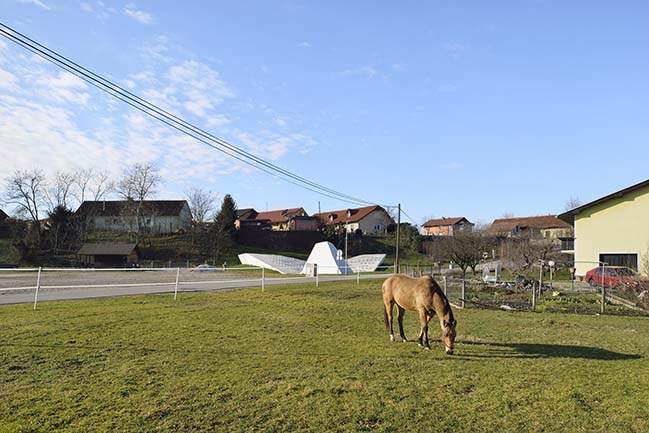 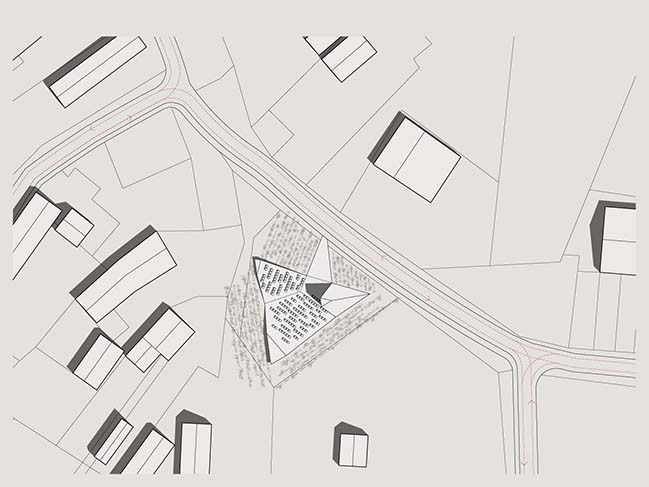 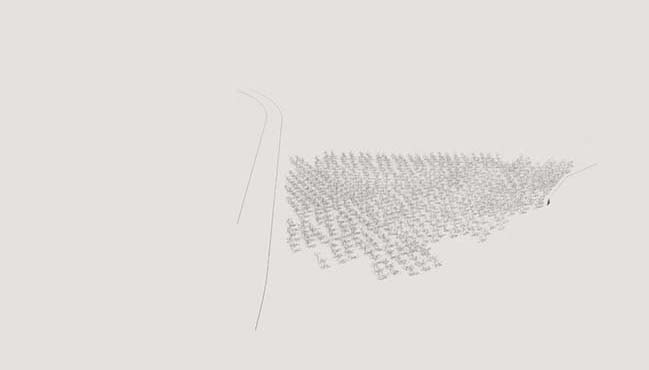 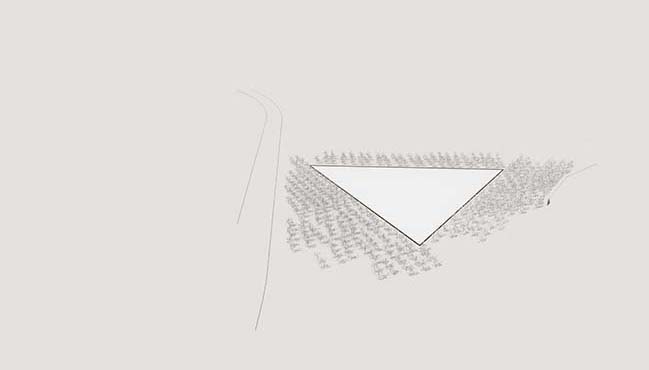 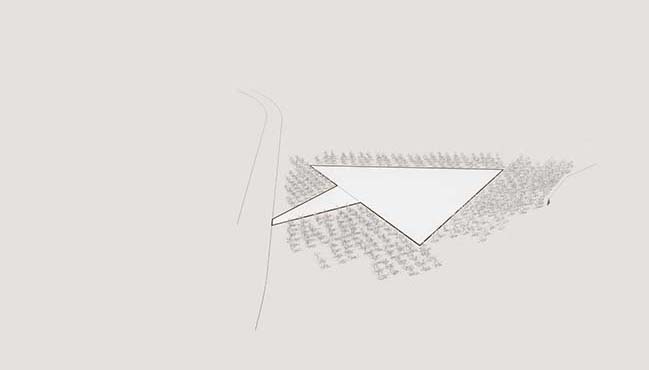 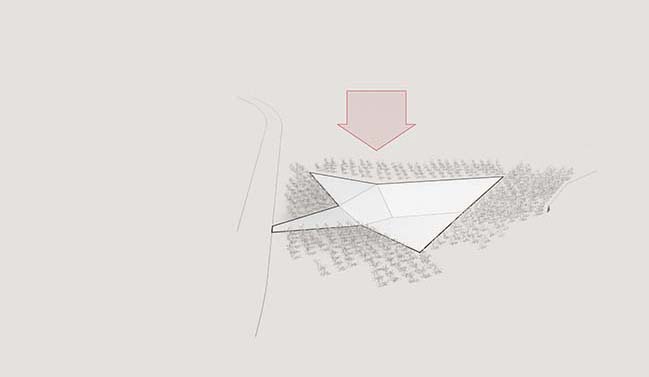 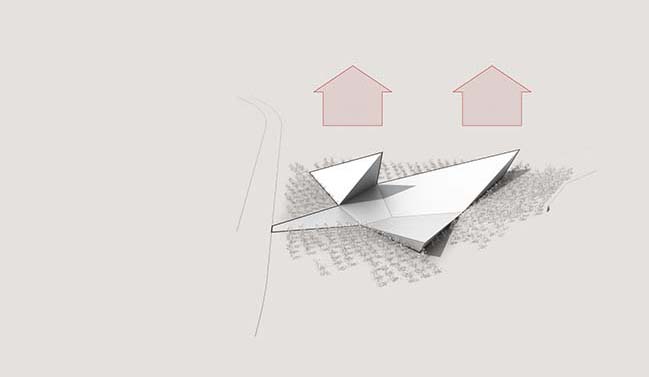 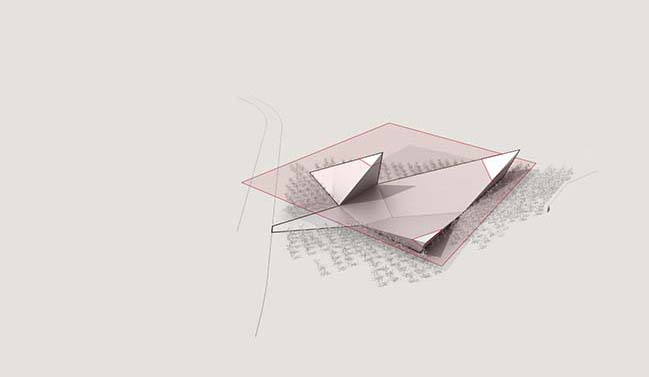 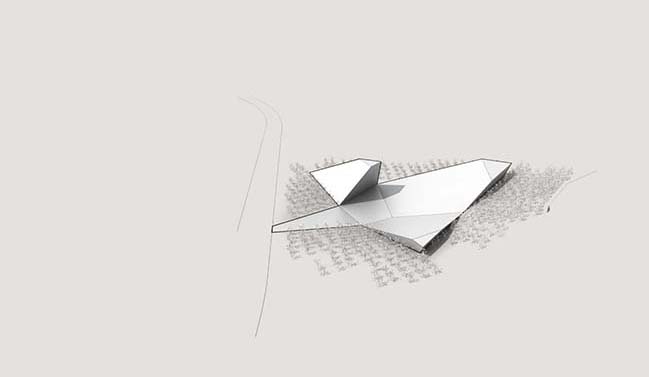 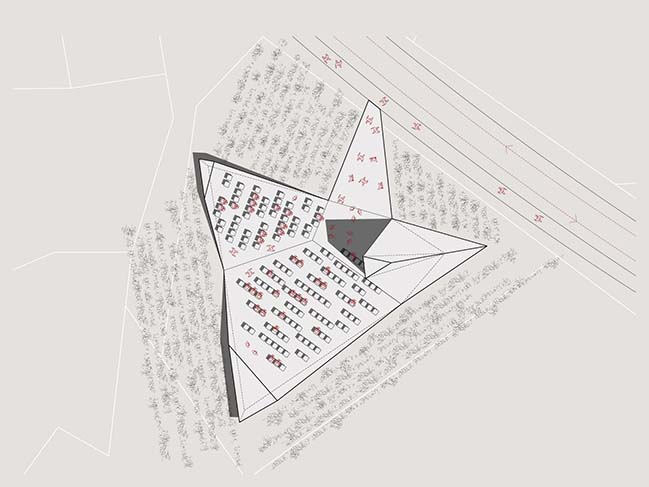 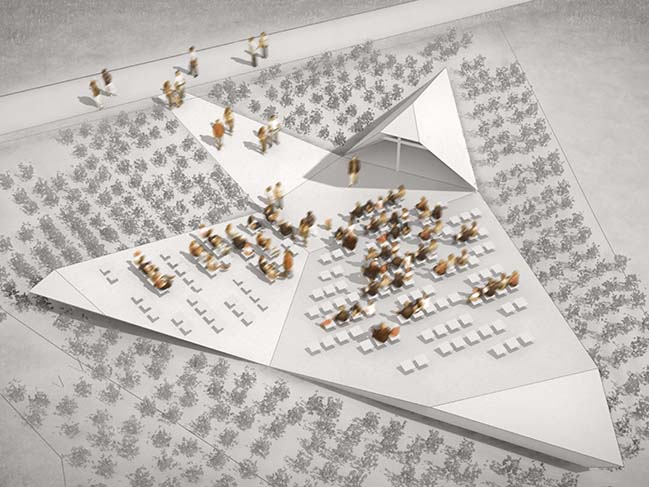 04 / 12 / 2018 Skorba is a small village in the vicinity of Ptuj, Slovenia's oldest town. Once a typical village with a clustered settlement pattern