The project is situated in Lippo Mall Kemang, Jakarta. Kemang is a suburb in the South of Jakarta well known for cafes, restaurants, bars, and a higher density of Jakarta’s expatriates. Lippo Mall Kemang is a mid-sized fashion and lifestyle mall with a total NLA of 55,000sqm (GLA 80,000sqm). There is an outdoor pocket created by two building masses, utilised as an alfresco area named Avenue Of the Stars, which is where the project is located. 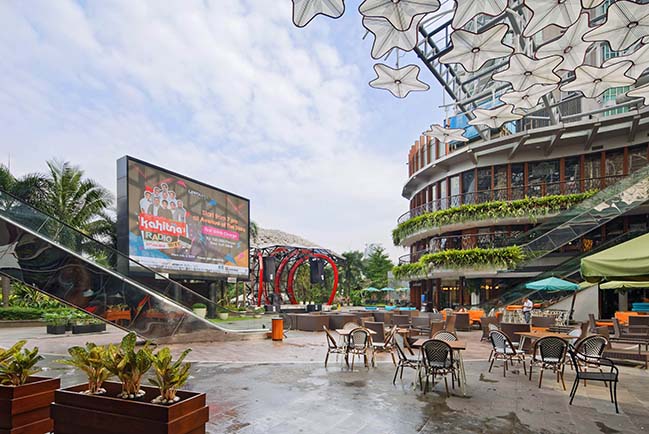 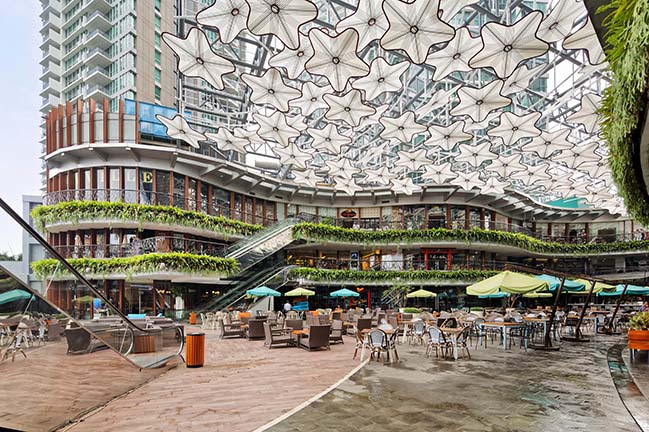 From the architect: There are two parts of the project. The first brief was to cover the alfresco area to become a semi outdoor area. There had been attempts in the past to install a glazed roof over it. This was halted in the process by authorities since it would exceed the building coverage limit. That attempt left a built massive grid of structural steel truss beams. 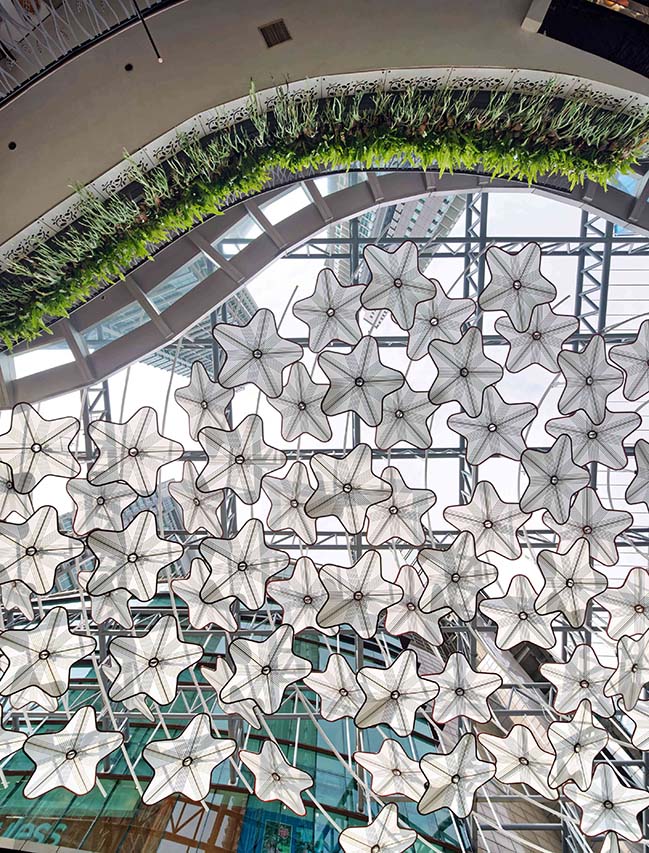 To break away from the roof, the proposal was an array of large lighting modules, like lanterns, hung from the existing structure. These lanterns would filter direct sunlight and allow some extra time for visitors to get away from the rain. 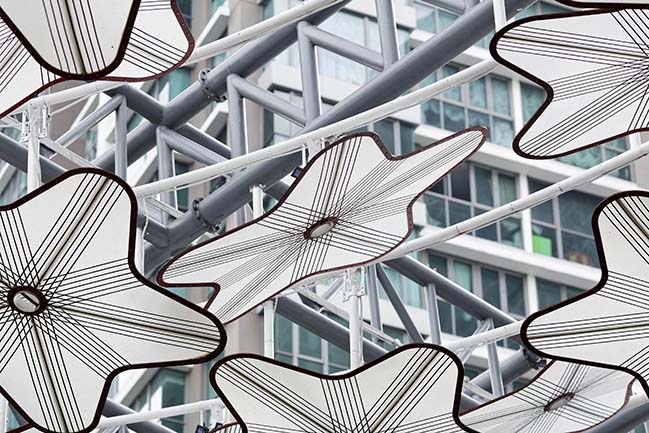 The alfresco has routine music performances in the evening, sometimes until late, and was getting numerous complaints from the neighboring residential towers. These lanterns are cladded in stretch fabric, and they are intended to filter and partially bounce noise back to the ground. 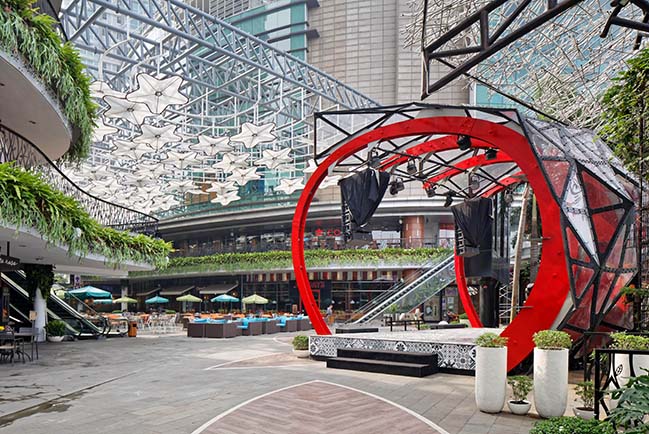 According to the name of the place, our starting point in developing the module was a basic 5 pointed star geometry. We designed the modules to be uniform, but they allowed for installation adjustments in three different degrees. Variations in location, orientation, and degrees were designed for the arrangement to best perform in visual, noise reflection, and sun shading. 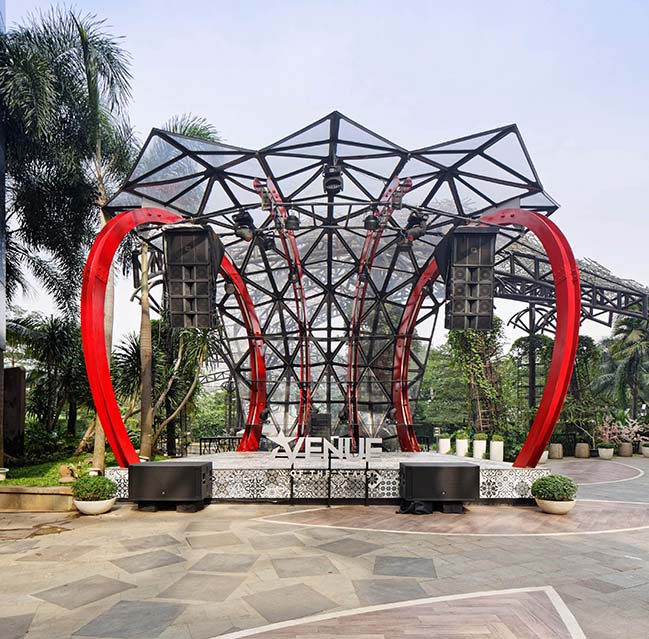 There has been a temporary stage on site for acoustic performances. The second part of the project was to design a permanent one. It was the client’s wish to have a transparent roof for this stage. There were also two speakers that the stage needed to accommodate, each weighing 200 kilograms. The stage design is a small shell grid structure cladded in clear single layer polycarbonate sheets. Shaped like an oyster, it was positioned to sit perfectly facing the seats, presenting performances like pearls. 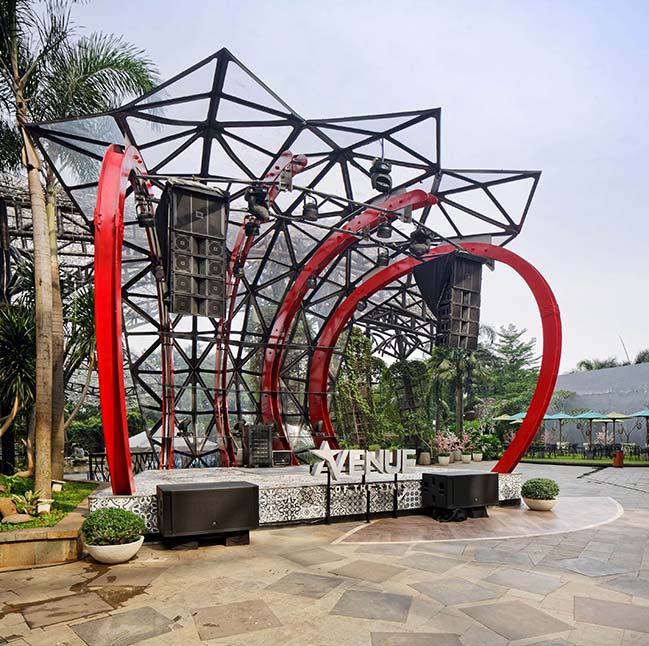 The client had a contractor on board since the beginning of the project. The design process intentionally made the most of a steel laser cutter available in their workshop, still an unusual privilege here in Indonesia. The final piece were composed mainly of laser-cut planar steel plates. The contractor was also literate in computer aided design and manufacturing. It was a delight for us to fully communicate in 3d CAD models, bypassing projections to drawings. 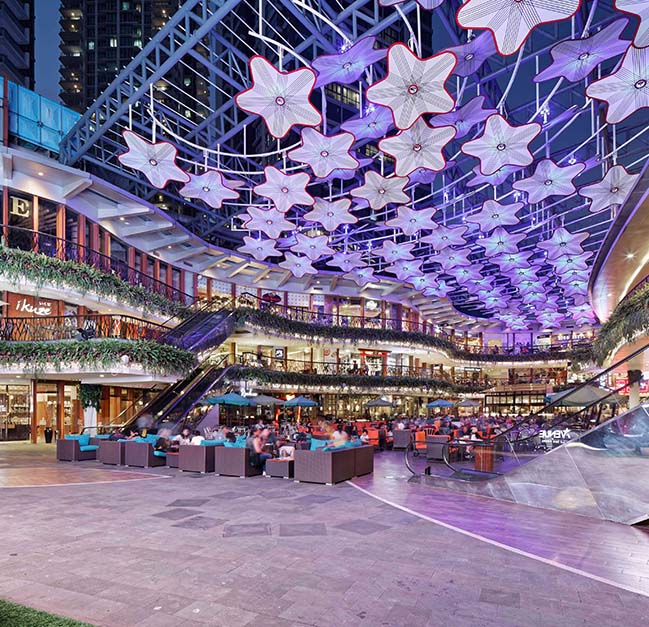 As with most small projects, this was an enjoyable one to work on. The process was considerably smooth, and has opened us to experience new ways in design and fabrication. The built result has definitely transformed the mall’s alfresco and has since been extremely popular among visitors to the shopping mall. 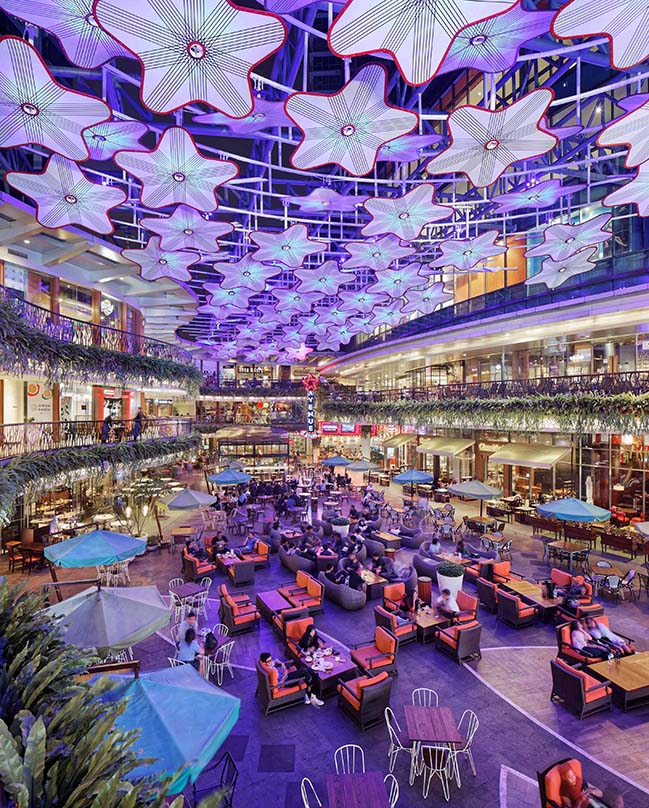 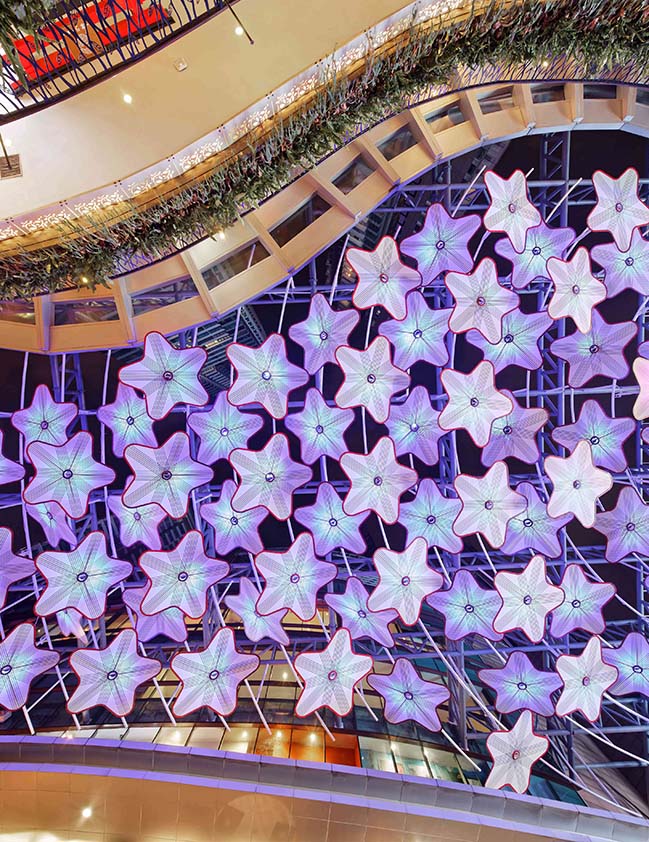 > You may also like: Futuristic architecture of Marine Research Center in Indonesia 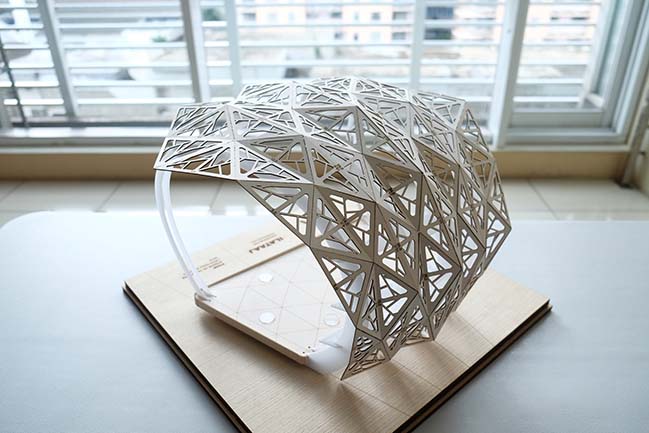 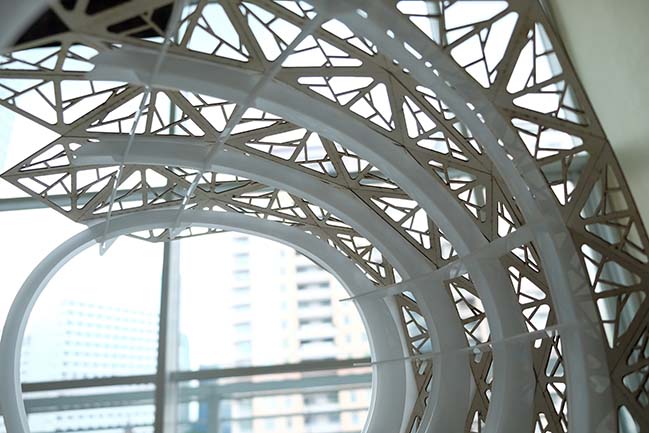 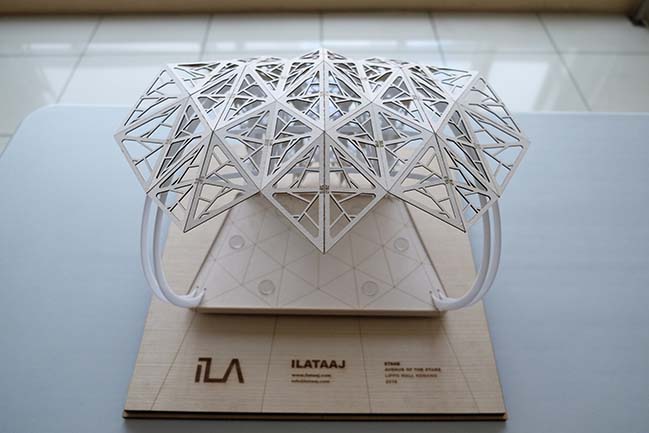 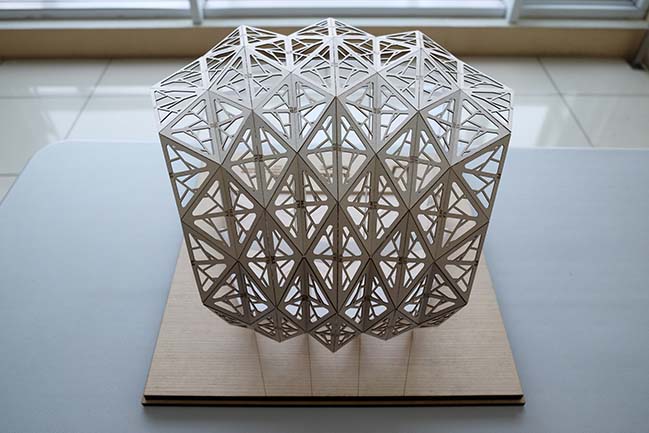 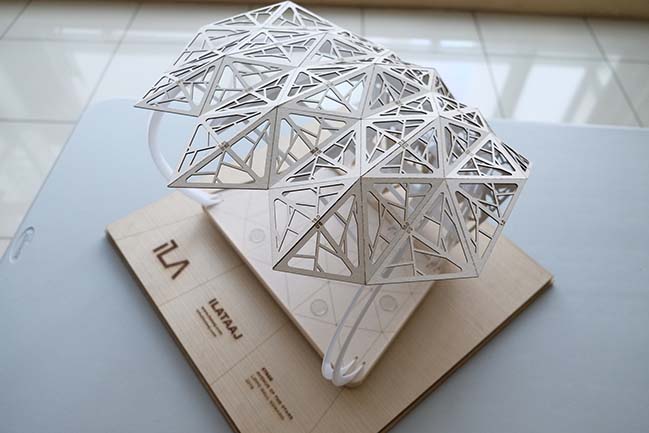 > You may also like: A unique experience in the forest canopy in Denmark by EFFEKT 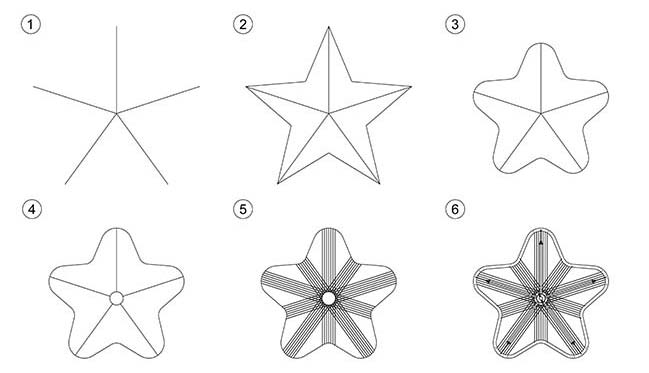 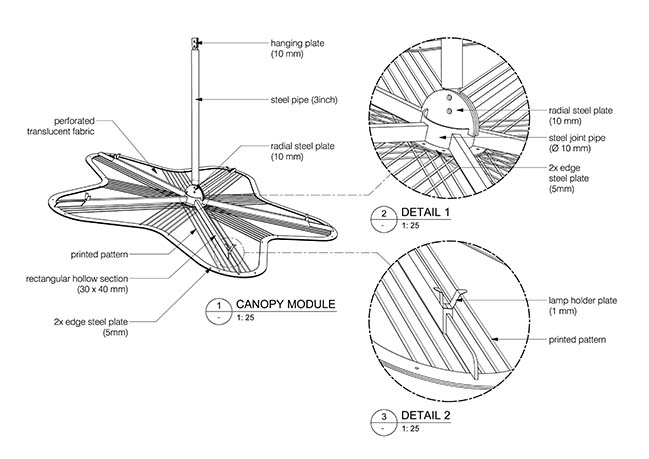 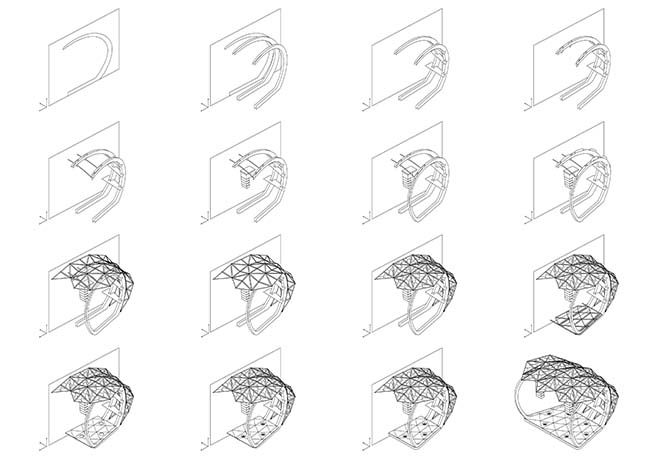 07 / 08 / 2018 The project is situated in Lippo Mall Kemang, Jakarta. Kemang is a suburb in the South of Jakarta well known for cafes, restaurants, bars...