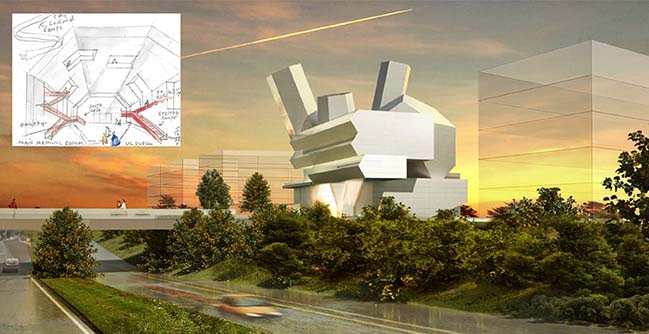 SHA’s placemaking strategy focuses on creating an exhilarating Centre for Creative Design as a gateway presence which cues to seven new quadrangles of open green space, designed to enhance the campus’ historic features and woodlands. A new pedestrian spine, parallel to the campus’ original spine, creates an H-plan organization, lined with weather canopies that double as solar connectors, forming the infrastructure of an energy network. Cafés and social spaces are located along paths for informal gathering; landscape spaces are animated by water-retention ponds, rain- and wind-protected seating areas and preserved specimen trees. 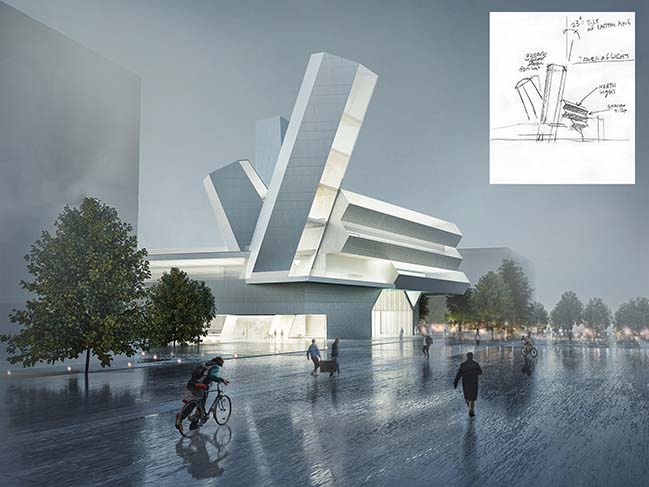 Steven Holl said: “We are very honored to win. It’s a very important and inspiring project for Steven Holl Architects and we look forward to working with UCD. Our masterplan and the new UCD Centre for Creative Design are not just iconic objects − they reflect on the history and quality of UCD’s campus, responding to the particulars of the site to create place and space.”

The Centre, set by a plaza and a reflecting pool, displays prismatic forms inspired by the geology of the UNESCO World Heritage Site, the Giant’s Causeway. It features abundant use of natural light, which is captured by two vertical structures angled at 23 degrees, mirroring the earth’s tilt. The auditorium echoes the shape of UCD’s iconic dodecahedral 1972 water tower; the Centre’s towers respond to the water tower’s pentagonal pillar. 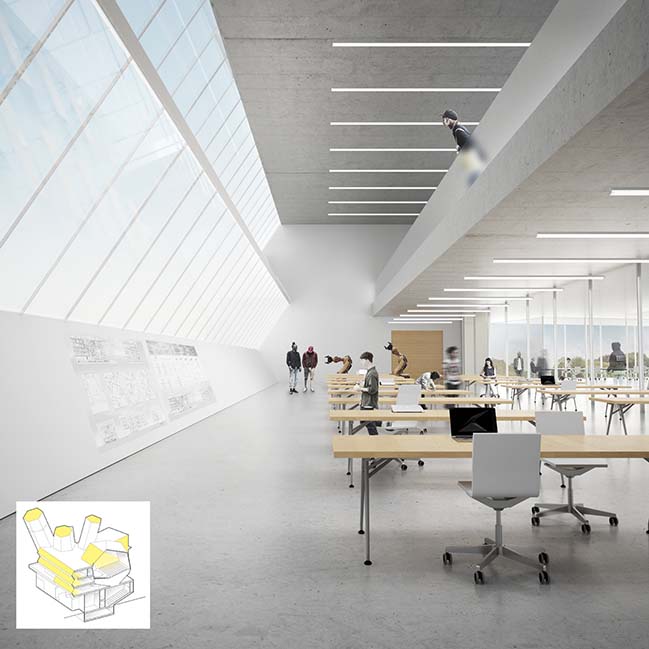 The Centre is intended to encourage creative collaboration and interaction with a “circuit of social connection” that allows students, faculty and visitors to peer into maker and classroom spaces through glass walls but also respects deep creativity by providing spaces for concentration and silence.

Professor Andrew J. Deeks, President of University College Dublin and competition Jury Chair,
said: “Holl’s vision is intriguing and striking—combining an iconic design for the Centre for Creative Design with a masterplan distinguished by a few considered, highly intelligent moves that open up the centre of the campus and use creative landscaping to intensify its natural beauty. The Centre for Creative Design promises to be an exhilarating presence, announcing UCD from afar, creating a new Dublin landmark, and giving visitors, students and faculty a definite sense of arrival. We are fortunate to have an expansive campus which brims with potential. We searched globally for the best talent and were rewarded. Now we can create the world-class environment UCD deserves.” 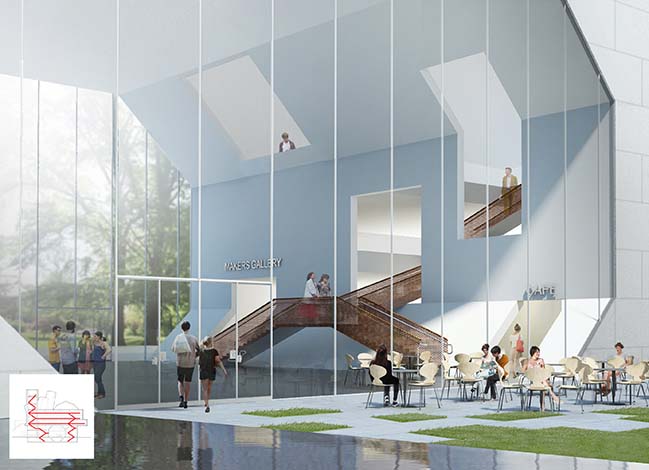 Professor Hugh Campbell, Professor of Architecture at University College Dublin and member of the competition jury, added: “Holl’s winning proposal combines the striking form of the Centre for Creative Design building with a clear and robust masterplan. The Centre for Creative Design will allow UCD to harness and develop the creativity of its students in responding to the challenges and opportunities facing society. Holl’s emphasis on daylight and social connection promises a building which will enable and encourage collaboration and interaction, a building which is open and welcoming, a building in which cutting-edge technologies and core creative practices can fruitfully combine.”

The four other finalists comprised, Diller Scofidio + Renfro (US), O’Donnell + Tuomey (Ireland), Studio Libeskind (US) and UNStudio (Netherlands). The first stage of the competition attracted expressions of interest from 98 teams in 28 countries.

Known as Ireland’s Global University, University College Dublin is the country’s largest and most internationally-engaged higher education body. Founded as an independent university 160 years ago by the visionary John Henry Newman, UCD has been a vital and influential force in shaping modern Ireland, both politically and culturally. UCD’s ability to foster creativity and expressiveness is reflected by alumni including the 20th century’s outstanding author, James Joyce; film maker Gabriel Byrne; and comedian Dara Ó Briain; as well as many successful architects and designers. 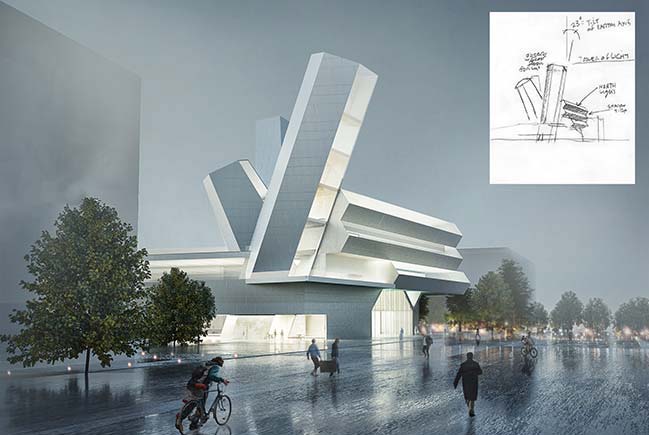