Tadao Ando's The Hill of the Buddha is planted with 150,000 lavenders surrounding the stone Buddha statue that is 13.5 metres tall and weighs 1500 tons. 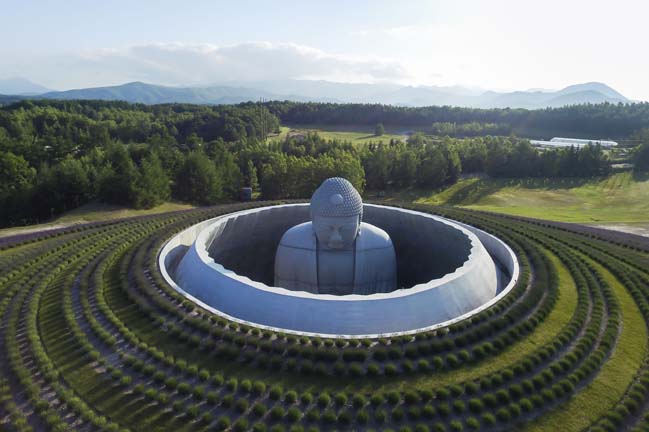 Project's description: The aim of this project was to build a prayer hall that would enhance the attractiveness of a stone Buddha sculpted 15 years ago. The site is a gently sloping hill on 180 hectares of lush land belonging to a cemetery. The statue is 13.5 metres tall and weighs 1500 tons. It is made of fine, highly selected solid stone. Until now, the Buddha statue has stood alone in the field, giving an unrestful impression. The client wanted to give visitors a more serene appreciation of the Buddha. 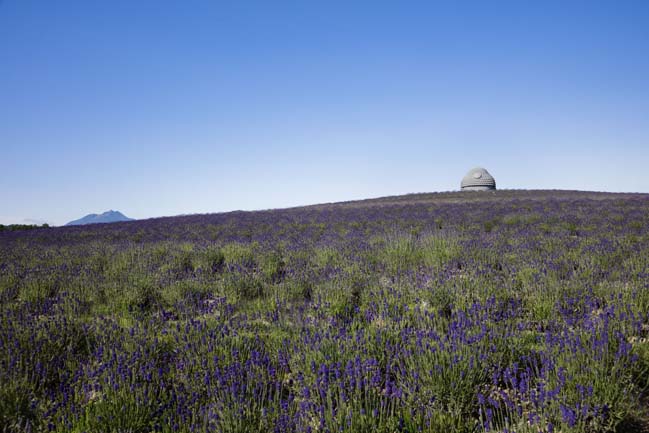 Our idea was to cover the Buddha below the head with a hill of lavender plants. We called the idea the ‘head-out Buddha’. Embedded under the hill are a 40-metre approach tunnel and a rotunda embracing the statue. The design intention was to create a vivid spatial sequence, beginning with the long approach through the tunnel in order to heighten anticipation of the statue, which is invisible from the outside. When the hall is reached, visitors look up at the Buddha, whose head is encircled by a halo of sky at the end of the tunnel. 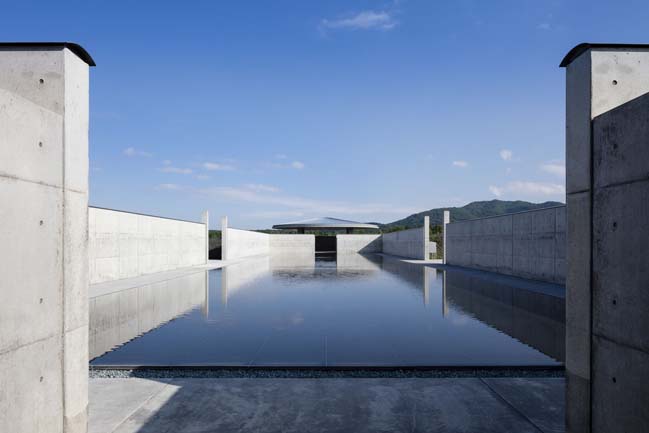 The Hill of the Buddha is planted with 150,000 lavenders that turn fresh green in spring, pale purple in summer and silky white with snow in winter. The project might be considered on the scale of landscape rather than architecture. It required a special frame of mind to rearrange the environment, and was a challenging and precious experience for us.