Opened on 16th May 2016, the Stairs is the temporary structure that was designed by MVRDV to commemorate 75 years of reconstruction in Rotterdam. 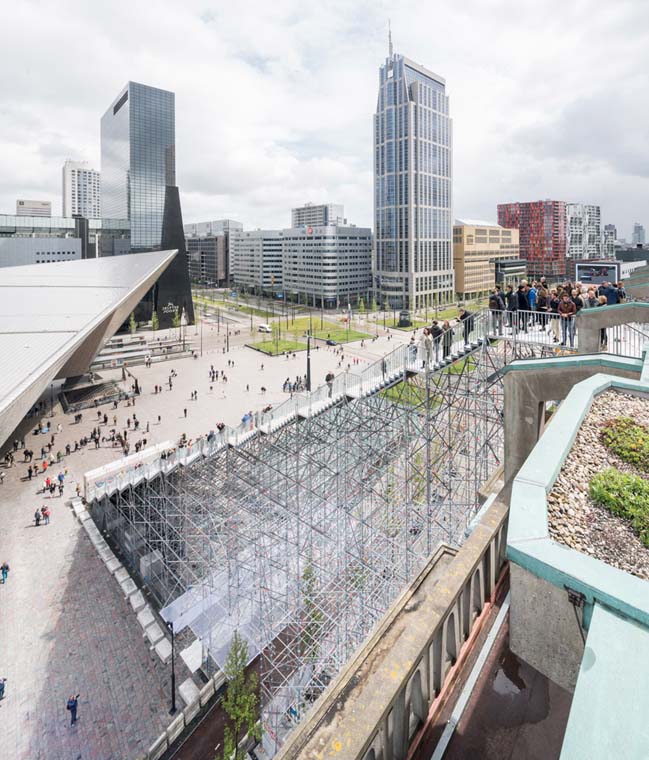 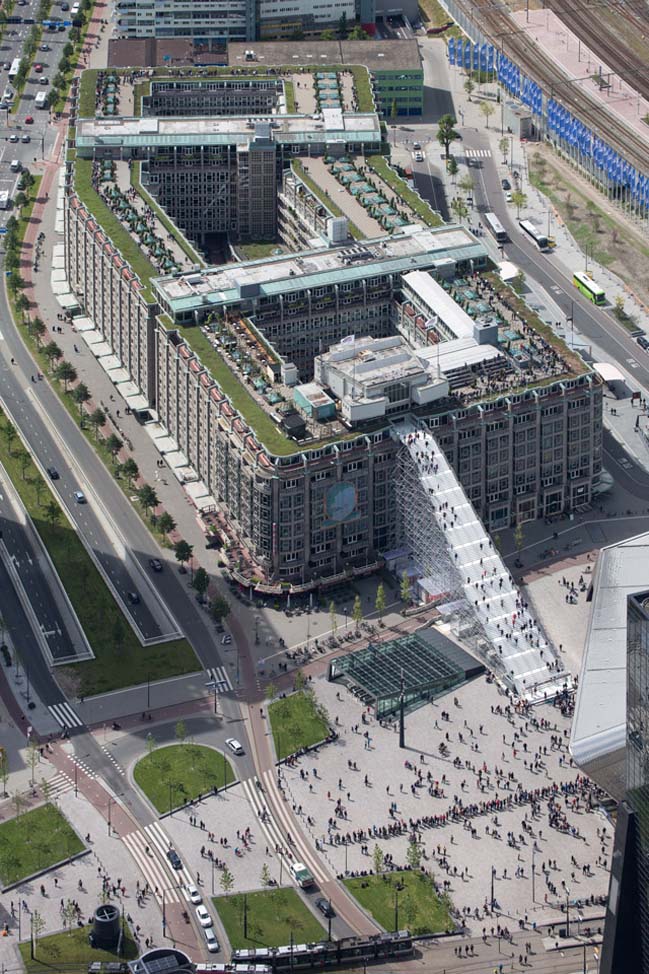 Project's description: Large cultural events often provide beautiful vantage points, such as the Euromast, which was built for the Floriade in 1960 and the cable cars on the Coolsingel for the reconstruction event C70. “Now we create a new lookout where people can enjoy the unique views of this newly built city. From the cranes in the harbour, to the new city centre, the North and Blijdorp Zoo. Fun for everyone,” says Anouk Estourgie of ‘Rotterdam celebrates the city!’. 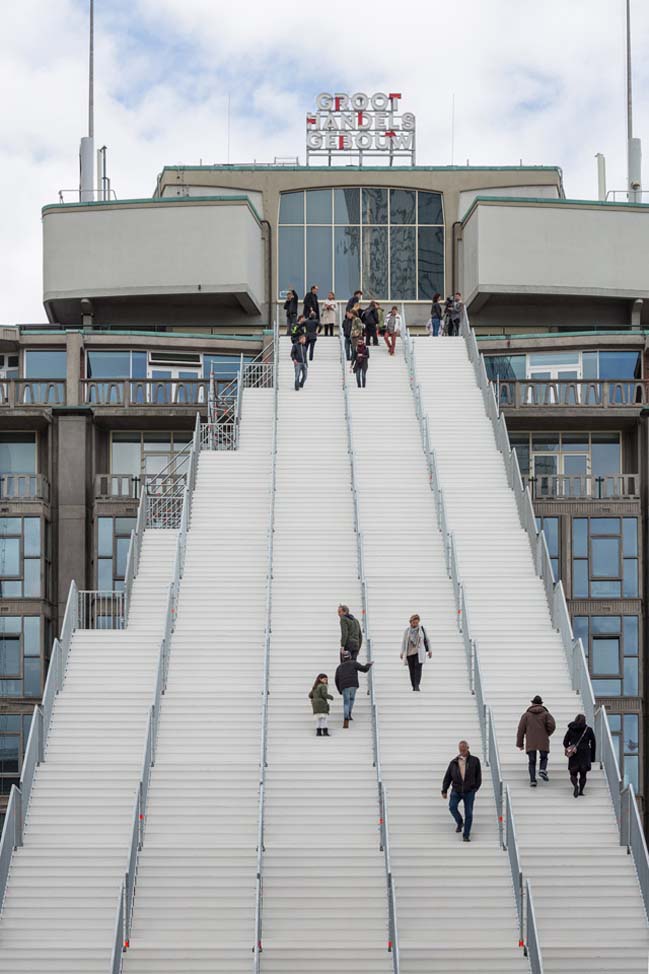 The steps not only offer a progression of perspectives over the city as you climb, but also give access to the roof of the Groot Handelsgebouw. Once at the top, a temporary observation deck gives you the opportunity to overlook the entire city. Also on the roof is the former cinema Kriterion, popular in the 1960s, which will open specially for the event to offer a wide variety of films, debates and performances. Furthermore, visitors will be able to enjoy refreshment facilities and find out more about the city and its development at the information point for the cultural event ‘Rotterdam celebrates the city!’. 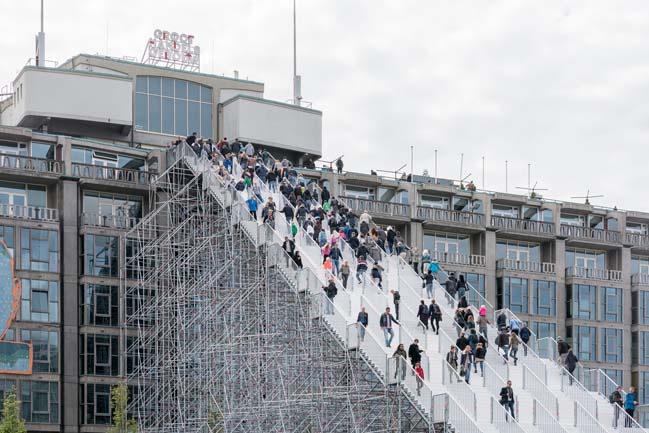 At 29 metres tall and 57 metres long, The Stairs offer an impressive landmark for ‘Rotterdam celebrates the city!’. The scaffolding responds to the angles of the Rotterdam Central Station, connecting the contemporary icon with a historic monument, whilst through its construction referencing the reconstruction that the city has experienced. 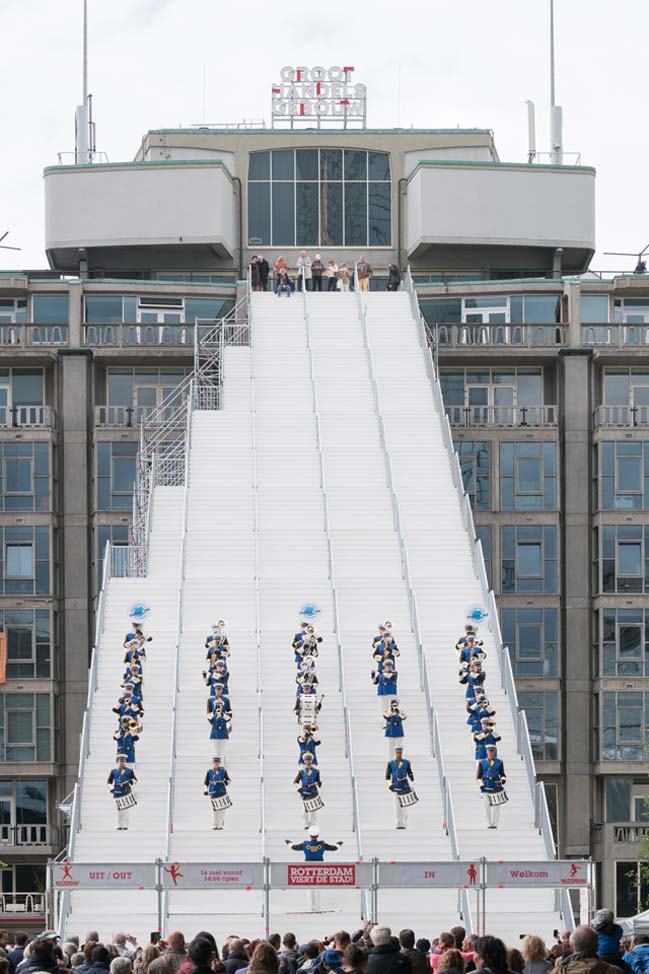 “The Stairs aim to animate the rooftop and to imagine a second layer in the next step of Rotterdam’s urban planning. A second reconstruction.” Tells Winy Maas. “It would be good to make it a permanent fixture.” 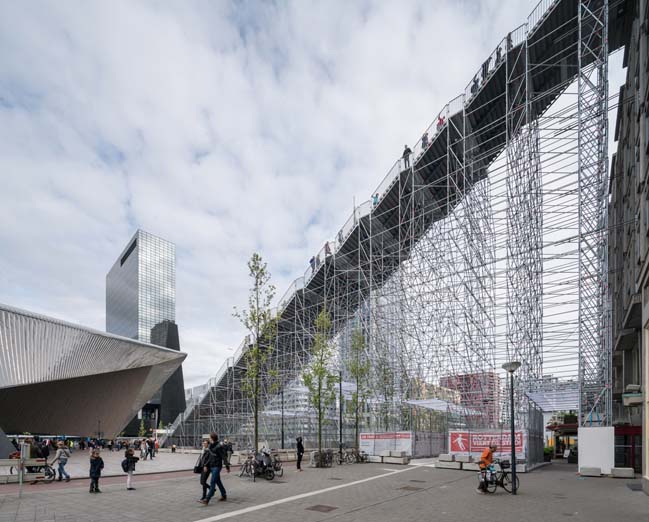 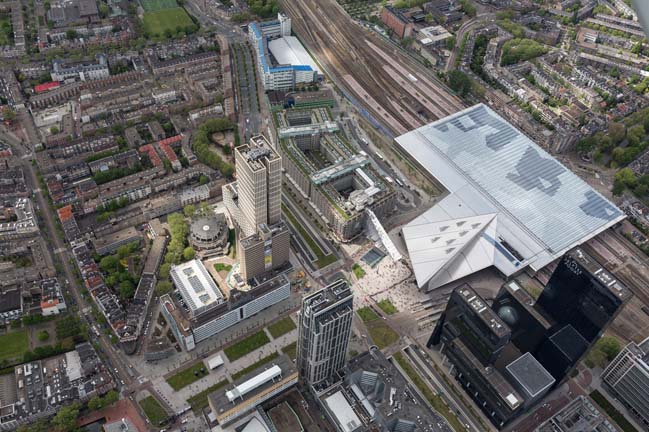 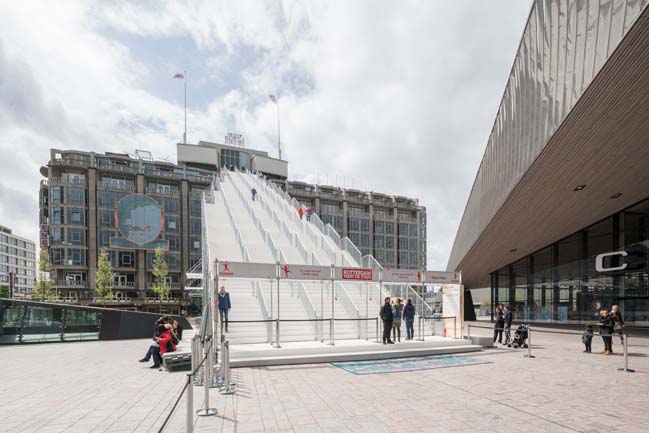 05 / 17 / 2016 Opened on 16th May 2016, the Stairs is the temporary structure that was designed by MVRDV to commemorate 75 years of reconstruction in Rotterdam 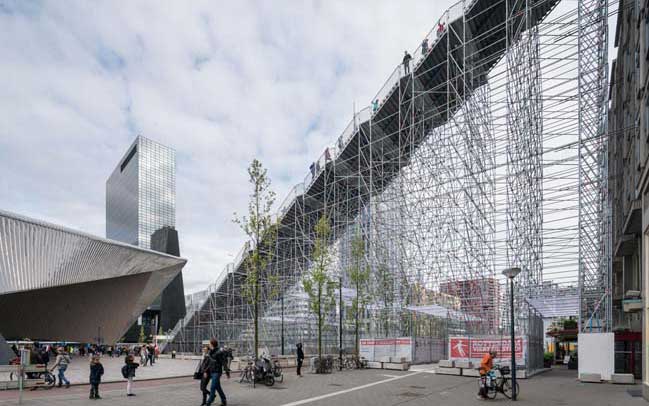