Vertical Times is a vertical park in New York which has an unique tubular architecture design in order to multiplies the intended space for public recreation in a vertical way, compacting it in an inhabitable mini tower, imitating the growth model of modern cities, minimising the impact at the ground level. 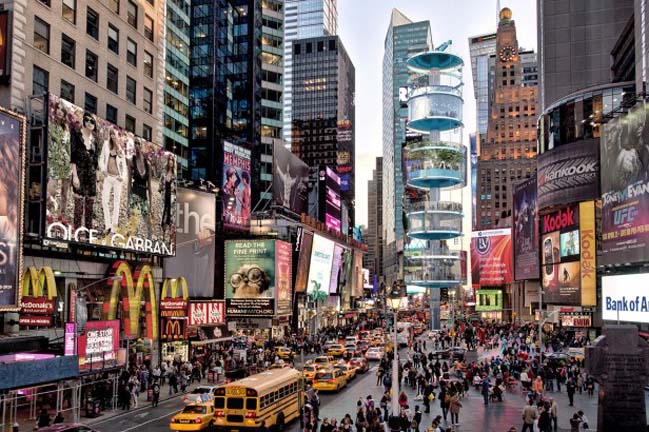 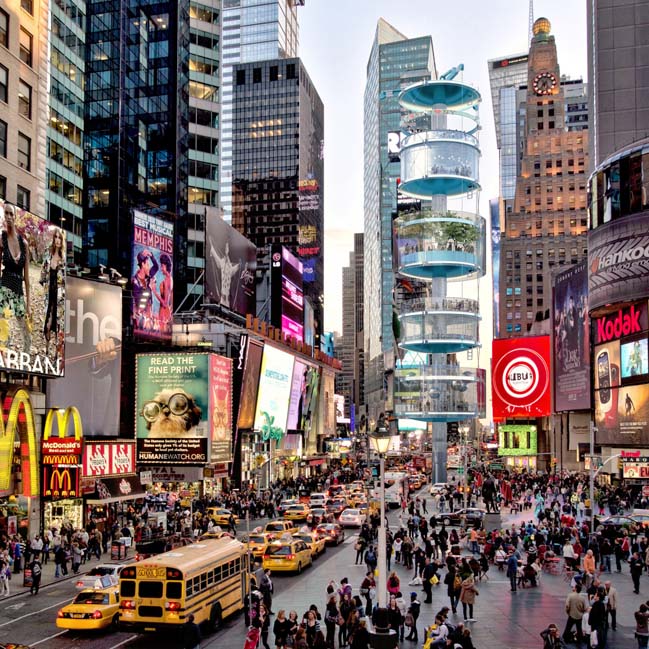 From the architects: We were asked to explore the possibilities of inserting public functions and environments typically associated with urban parks within Times Square, in order to give a commercial twist to the current cityscape offered by the place to both, citizens and tourists. Basically, turn the Square into a more livable and enjoyable space with a strong urban character. 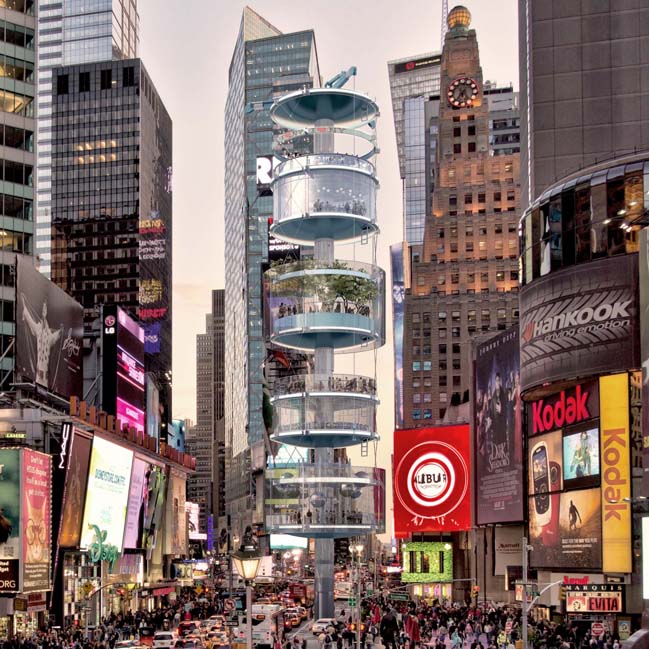 Concept:The main conceptual idea of Vertical Times lies in multiplying the intended space for public recreation in a vertical way, compacting it in an inhabitable object, sort of imitating the growth model of NYC, due to the lack of available space. A so-called Vertical Park. It sets a different approach in the design of public space, no longer needing to be large horizontal extension of land, but rather a multilayered metabolism with a softer impact on land consumption, and mimicking better with its urban surroundings, while establishing a highly recognizable landmark in the city. 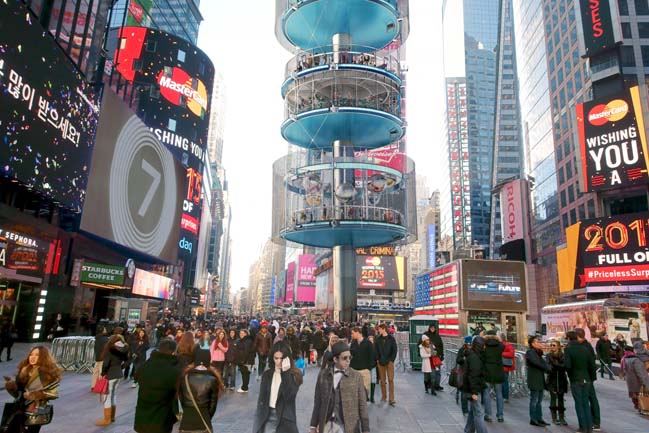 Functions: The first 2 platforms would be dedicated to Kids recreational areas, such as Playground in the 1st platform and a Balls Pool in the 2nd platform. The next couple of platforms would be intended to host the functions related to public relaxation & green areas, with a Hammock Plaza in the 3rd platform, and a Sky Garden in the 4th one. And finally, the top 2 platforms would host the F&B commercial areas, with a Restaurant on the 5th platform and a Sky Bar on the top 6th platform. 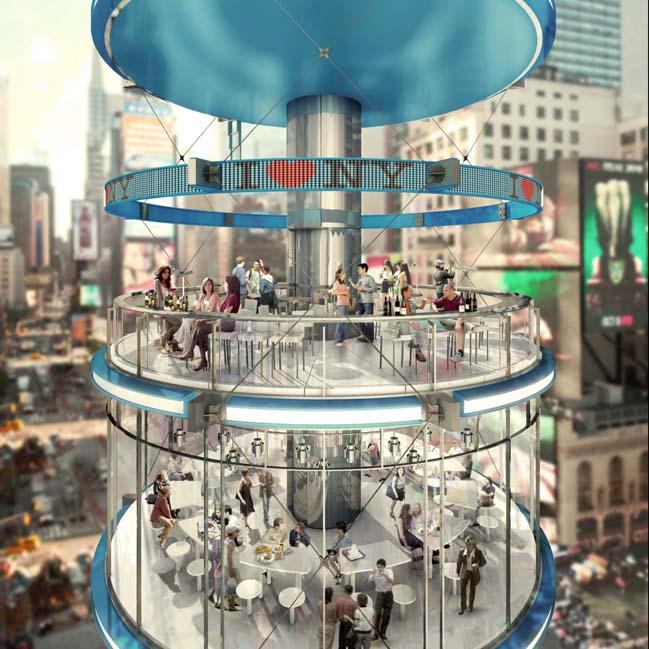 Structure: The structure is a concrete-steel combined system, based on a reinforced concrete central core, acting as main column transmitting the loads to the ground, as well as hosting the central lift; and radial steel beams supporting each platform. There is also a secondary structure of metallic tensors on the exterior of the cylinder, absorbing vibrations. 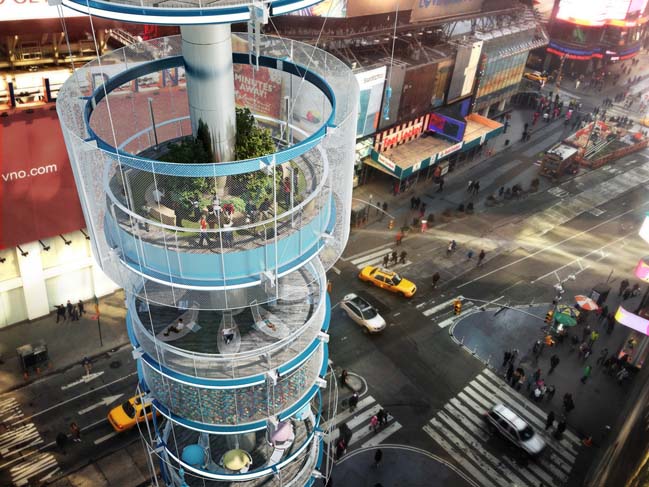 Dimentions: The shape can be inscribed in a virtual cylinder of 12 m. of diameter and 55 m. of total height. In plan view, the area that the volume occupies is just 113 m2, however the structure is design to completely release the ground floor from any structural element except the central column. 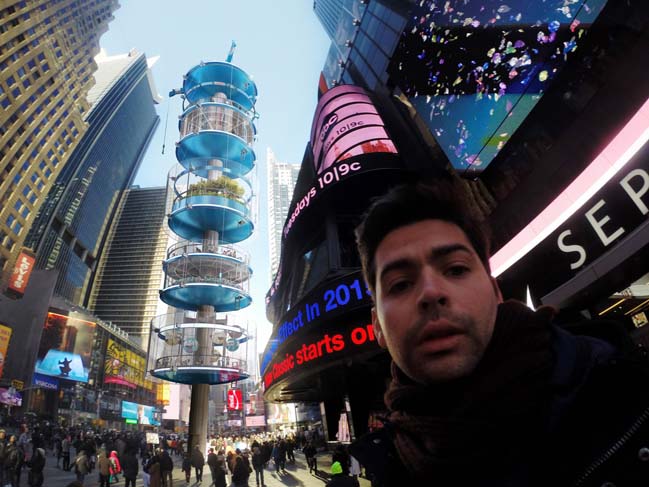 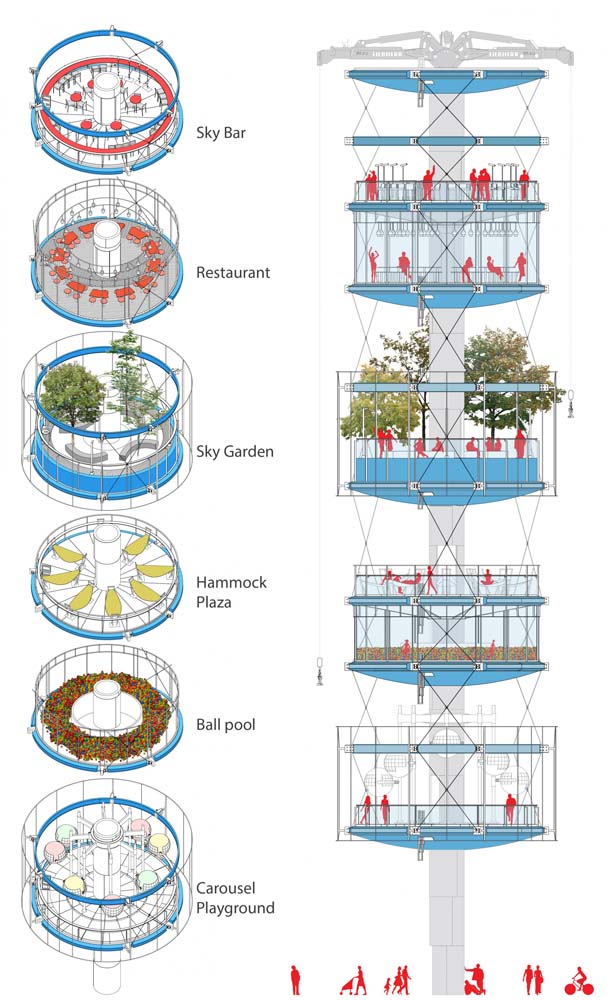