Located on Zhuhai’s coastal road, the new museum benefits from the proximity of the water as well as the mountains and a park in the background, whilst also being close to the opera house... 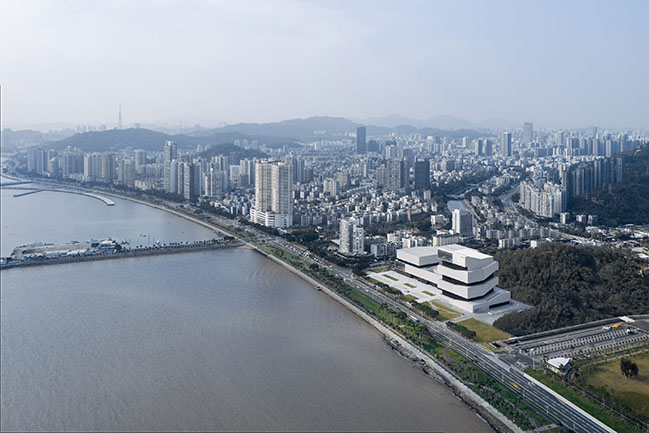 From the architects: Since the 1980s, the southern Chinese city of Zhuhai, near Macao and Hong Kong, has developed from a fishing village into one of the most favored holiday destinations in China. The touristic success of Zhuhai is based on its location directly at the sea with its numerous islands and bays, and an impressive mountain range in the background. At the same time, the city, which in the 1980s was declared one of the first free trade zones of China, generates strong economic growth. These two aspects, the history of the city with its culture and maritime connection, and its urban development, are represented in the Zhuhai Museum. The intention is for the culture building, designed by architects von Gerkan, Marg and Partners (gmp), to extend and firmly anchor cultural facilities in the city. 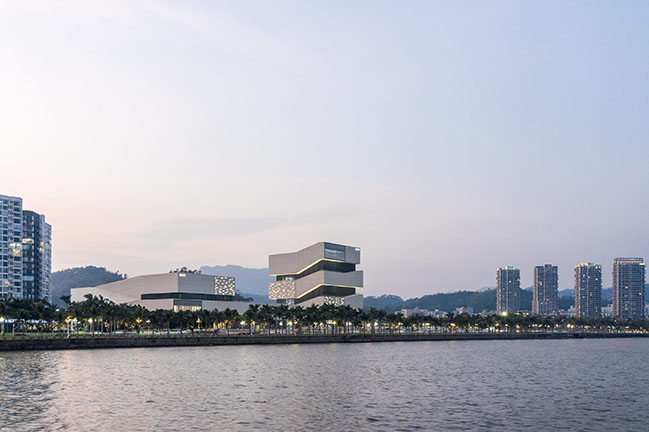 Located on Zhuhai’s coastal road, the new museum benefits from the proximity of the water as well as the mountains and a park in the background, whilst also being close to the opera house. Both buildings, the museum/exhibition complex and the opera house, represent a new statement for the entrance to Zhuhai city for travelers coming from the north. 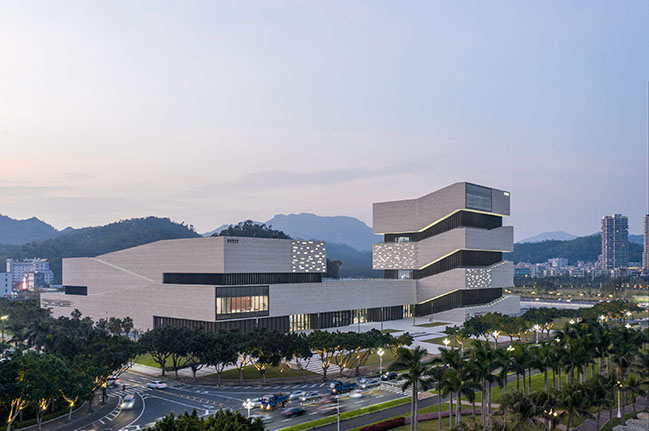 The design of the Zhuhai Museum comprises a vertical and a horizontal tract based on rectangular footprints. Together, they combine to form a sculptural ensemble. This contrasting duality reflects both the local situation between the mountains and the coast, and also the museum program, the exhibition areas provide visitors with a view into the past and the future of the city. The architects of gmp synchronize both these aspects to create a uniform architectural gesture. 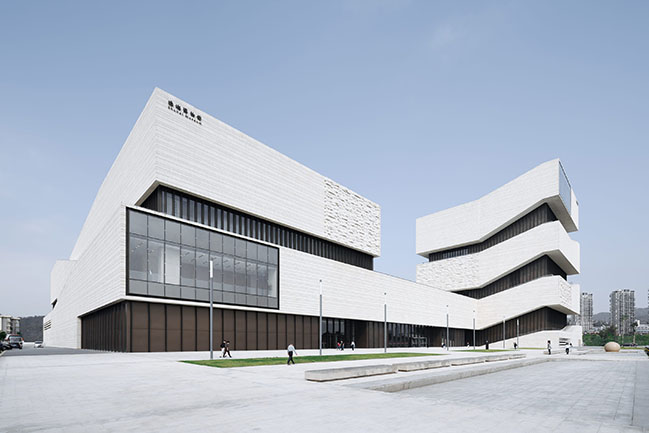 Visitors enter the museum from the coastal road via the foyer in the linking part between the two tracts. The horizontal part of the building to the south facing the mountains exhibits, on three exhibition levels, the history of the city’s development in this traditional coastal region at the Pearl River Delta. In the exhibition area dedicated to the planning of the town, visitors to the museum are guided upwards along a spiral gangway to explore the cascading sequence, over eight floors, of stacked exhibition rooms. The spiral terminates in a room exhibiting a 30 x 40-meter model of the city. Internally, the spiral is part of the exhibition and links the different levels, whilst on the outside open staircases provide access to the building sculpture. 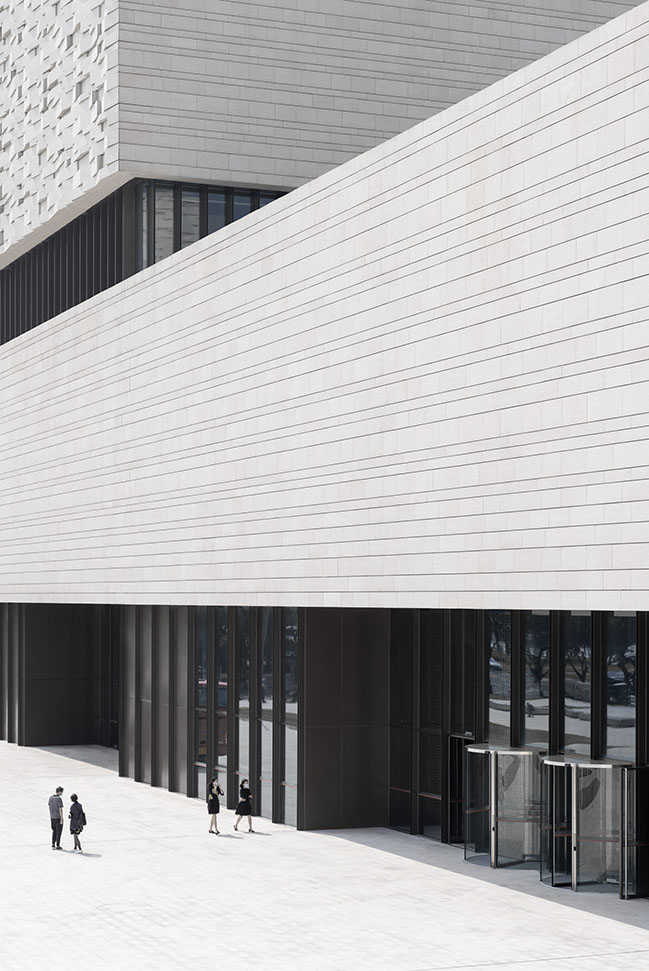 The facade has been designed following the basic idea of a mutually inspiring duality. Solid bands of light-colored granite and facade panels of glass and aluminum in a warm bronze shade create a play between light and dark and, in the exhibition area for the town planning, clearly replicate the ascent of the spiral. The movable solar screening panels with traditional Chinese patterns also consist of bronze-colored aluminum. At night, when parts of the facade are invitingly illuminated, the light follows the spiral, thus easing the solidity of the natural stone bands. On the 8th floor, floor-to-ceiling glazing opens up the natural stone facade, providing a view across Xiangzhou Bay. 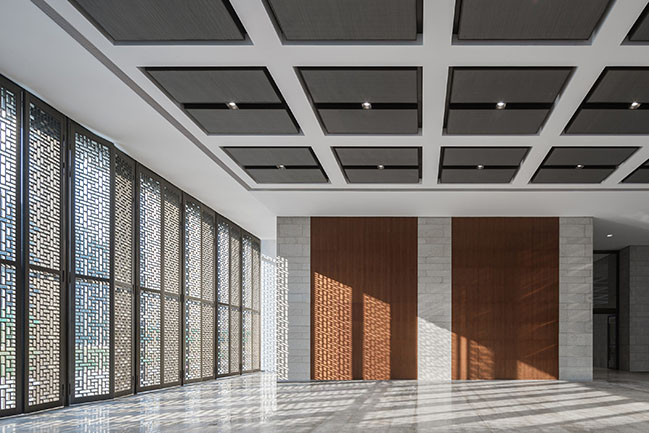 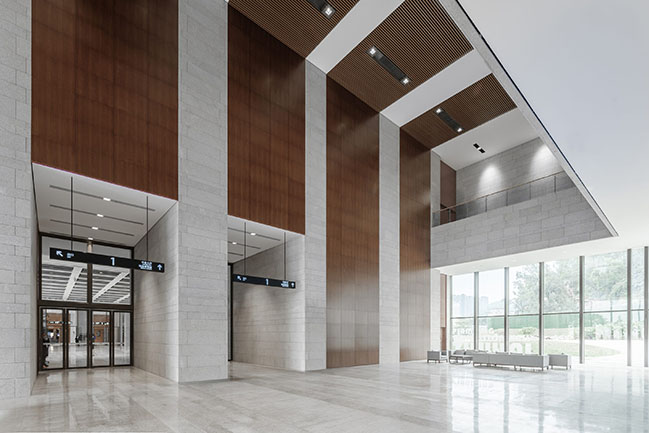 YOU MAY ALSO LIKE: Urban Living Room Project by gmp Architekten 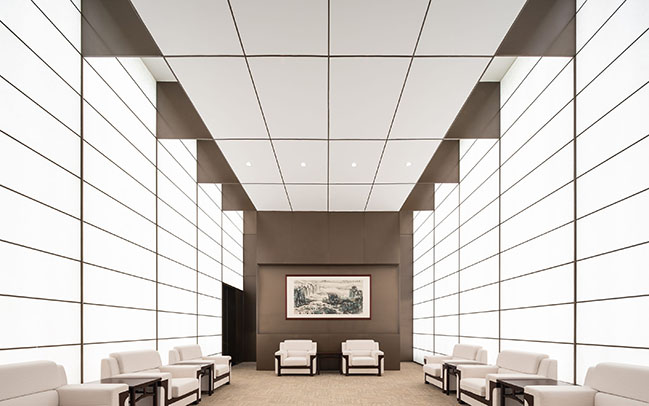 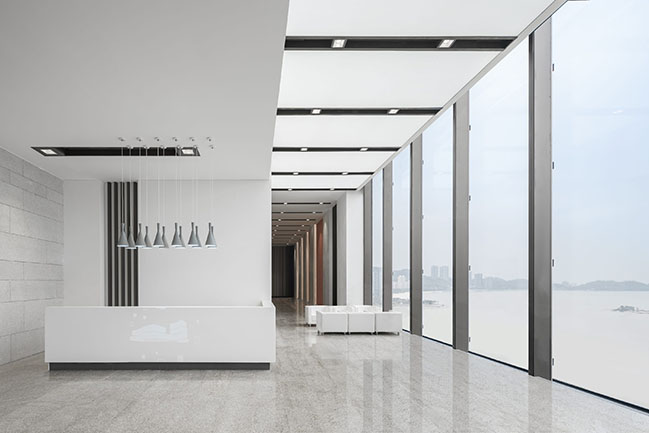 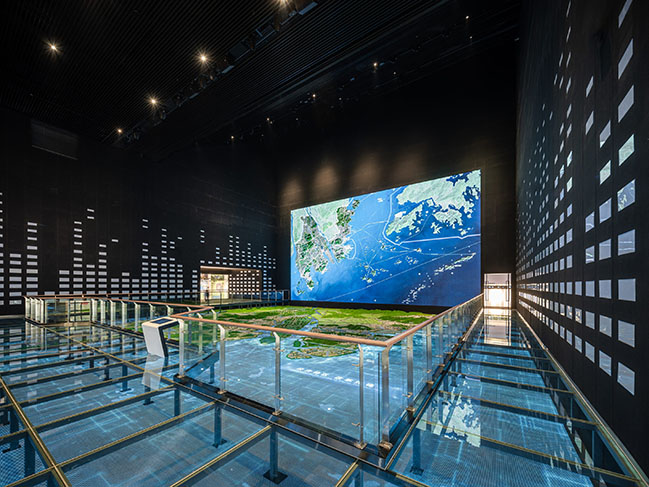 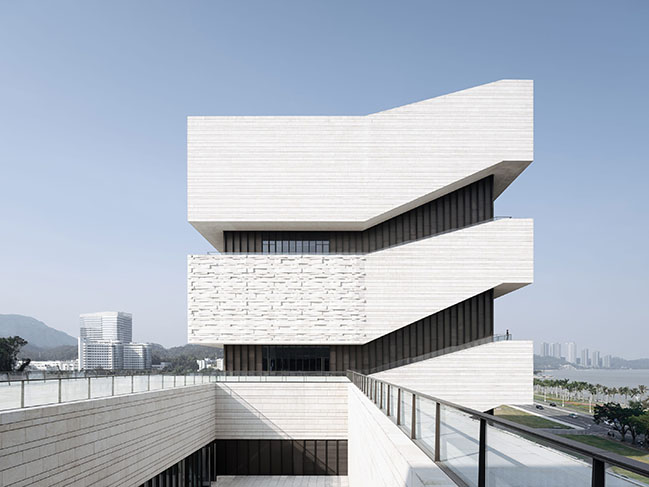 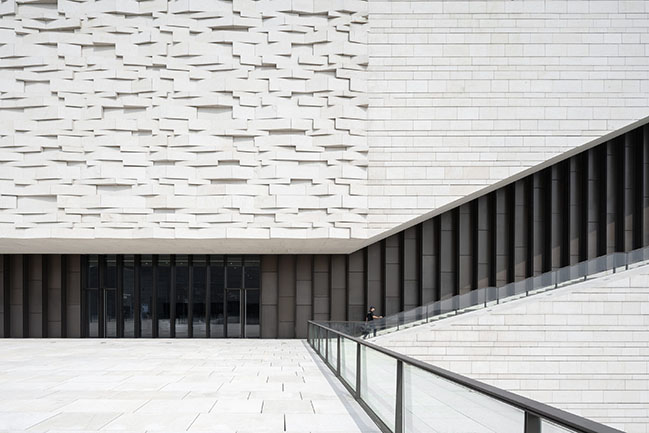 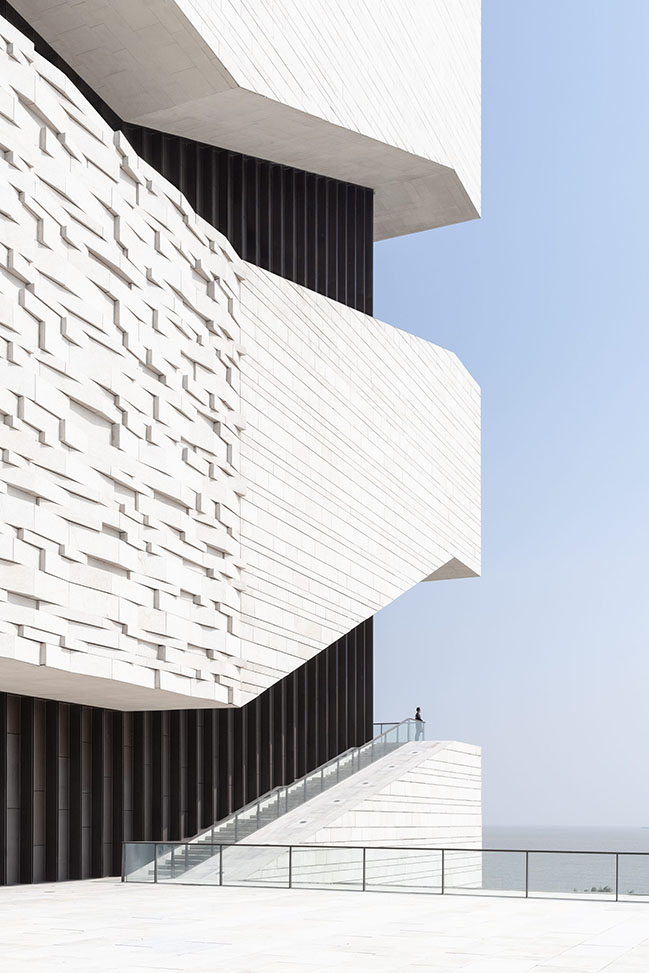 YOU MAY ALSO LIKE: Changzhou Culture Plaza by gmp Architekten 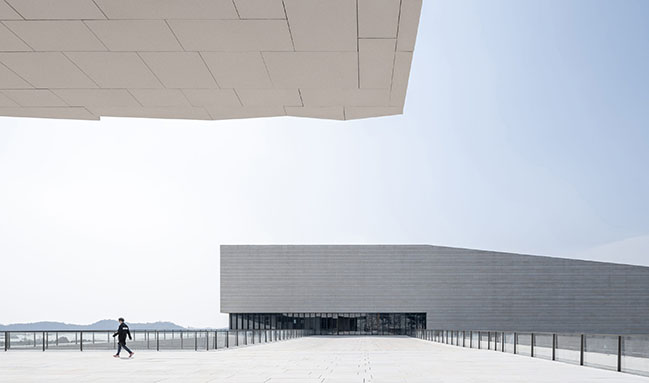 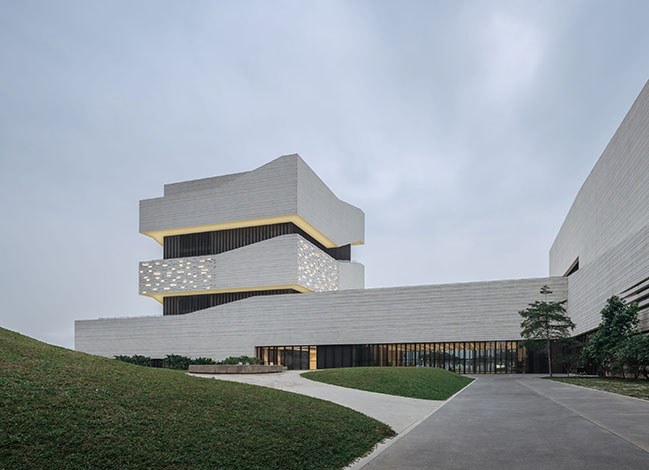 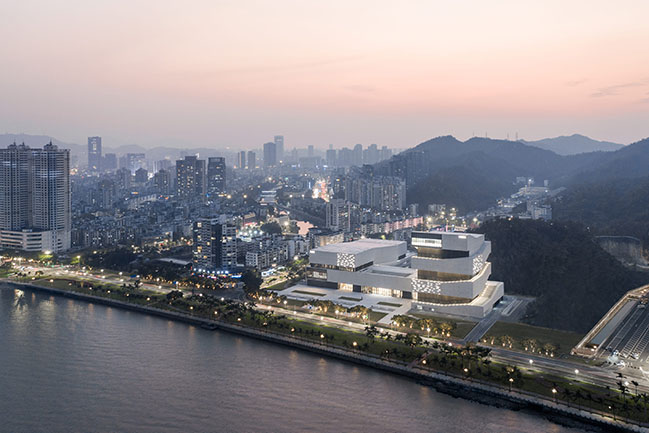 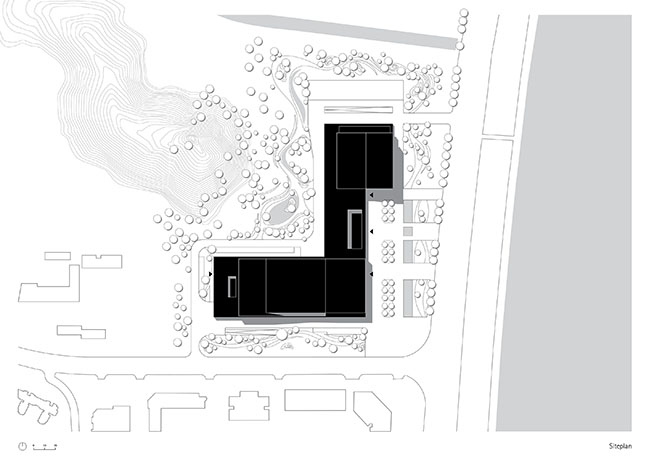 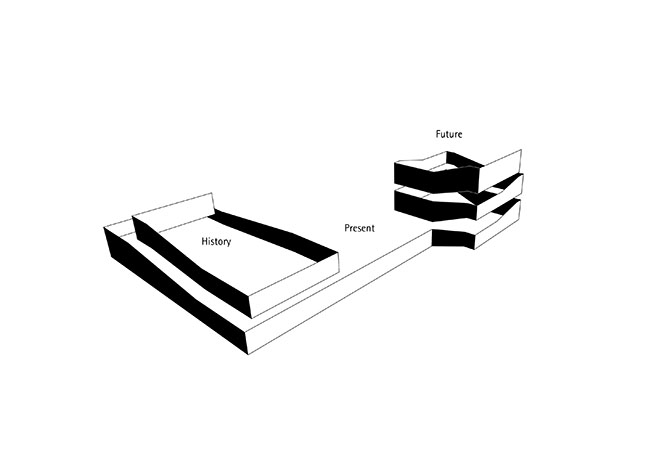 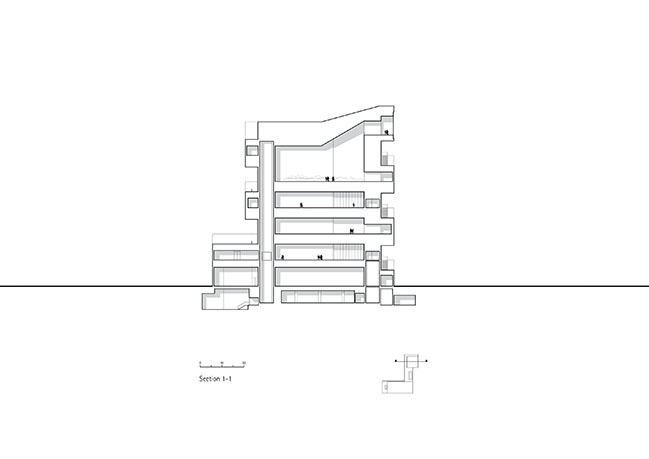 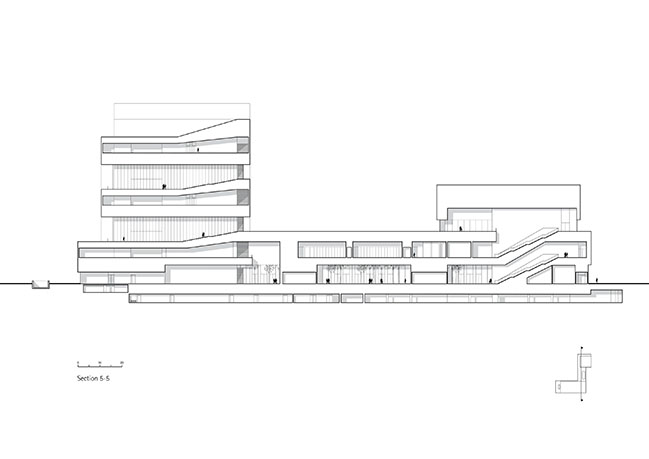 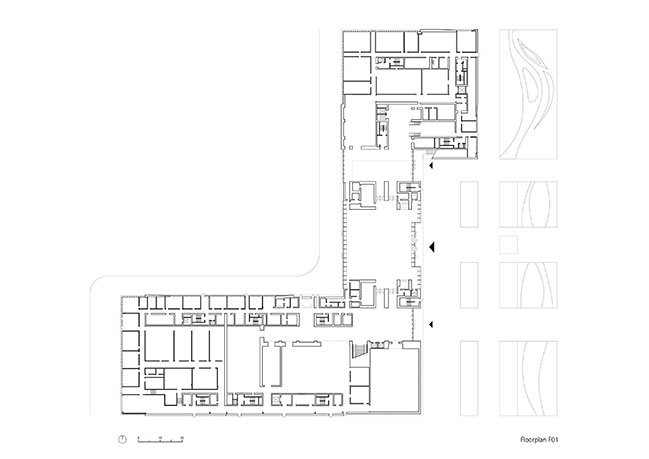 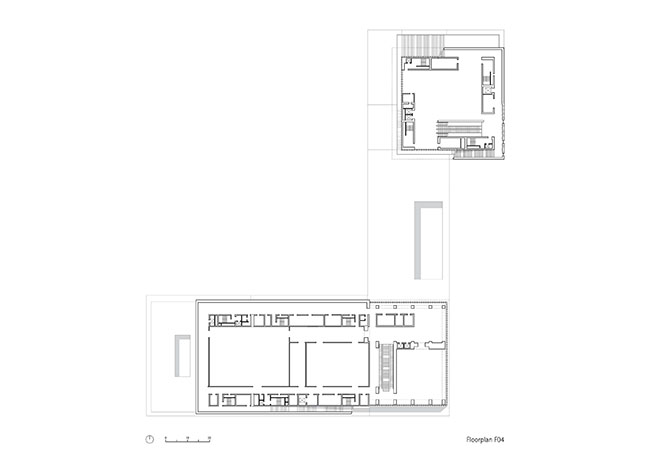 12 / 12 / 2020 Located on Zhuhai's coastal road, the new museum benefits from the proximity of the water as well as the mountains and a park in the background, whilst also being close to the opera house