Ha'Zuk is an old apartment in Tel Aviv, Israel that was renovated by Jacobs Yaniv Architects that create a elegance living space with modern design and neutral colors

From archtiects: "Interior design for a flat of 135 Sqm.The main architectural concept was flexibility and adaptability reflecting the versatile character of the residents and the resident’s functional requirements, bearing in mind a beautiful Mediterranean sea view. All rooms in the flat have alternative entrances and variable ways of use suiting several types of functions: big hosting events, hosting children and mainly independent dwelling. A long oak partition divides the flat in two, separating but also connecting the sleeping and hosting sections. It wraps the massive structural concrete wall. It is a limitation which has been used as an advantage.
Two openings have been cut with special permission from the building’s structural engineer. This partition holds camouflaged doors to bedroom as well as niches and cupboards. The hosting section includes a semi enclosed kitchen with semi transparent glass doors and a concealed secondary door for catering. It also includes lounge and dining area – all overlooking the sea. The private section of the flat includes a master bedroom, a bathroom and a study all from which the sea can be observed and enjoyed. The study is also a guest bedroom and has a separate entrance.
The master bedroom faces west and has a double façade, a ‘flexible space’ captured between the bedroom and the lounge. It is a long space doubling the panoramic view of the sea. This space can be used as an extension of the lounge when hosting, or as an extension of the master bedroom or as an isolated bedroom.A careful selection of modern furniture has been made and unusual pieces have been playfully added with fun and passion for design" 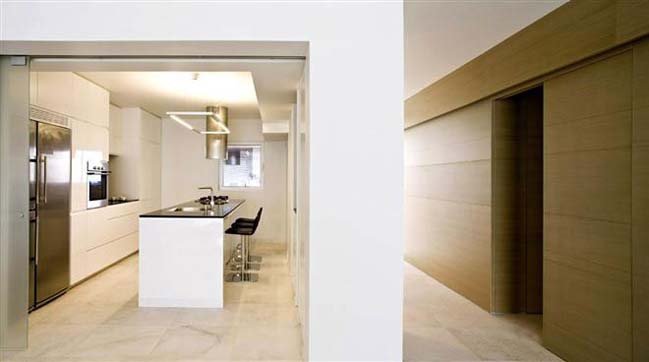 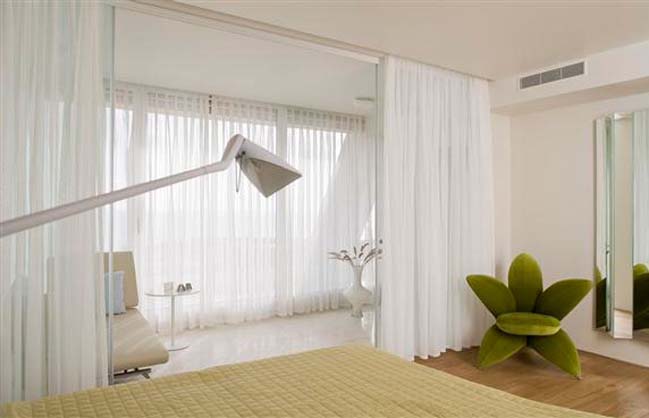 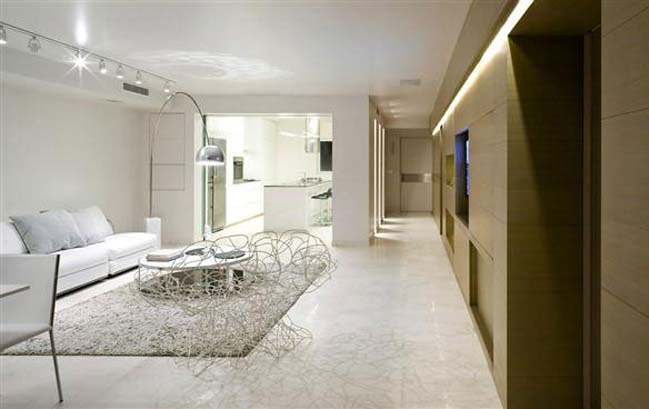 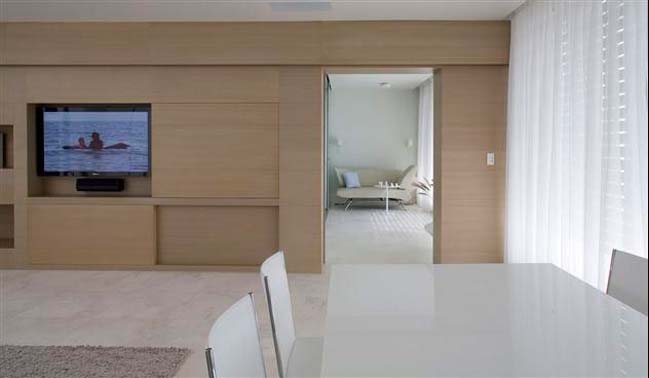 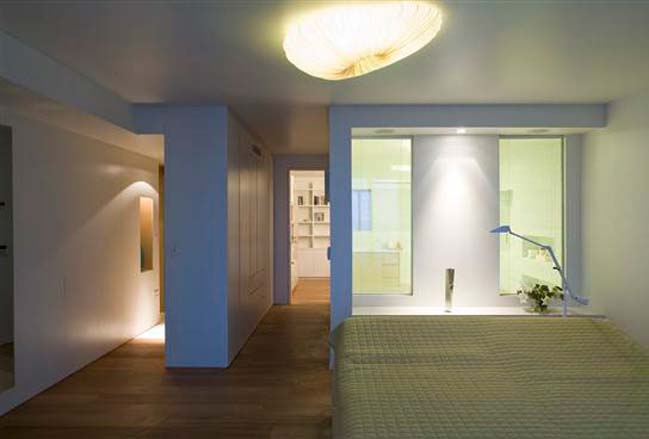 03 / 04 / 2015 Ha'Zuk is an old apartment in Tel Aviv, Israel that was renovated by Jacobs Yaniv Architects that create a elegance living space with modern design and neutral colors