Casa BGS consists of two small cabins connected by a living area in the middle of the Tapalpa forest. The site was chosen after careful consideration of existing trees. 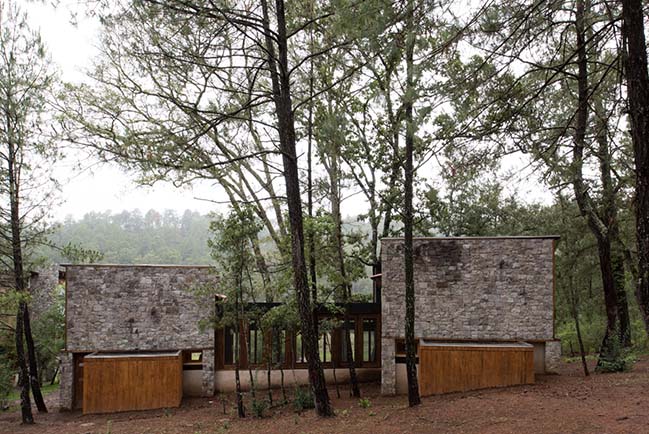 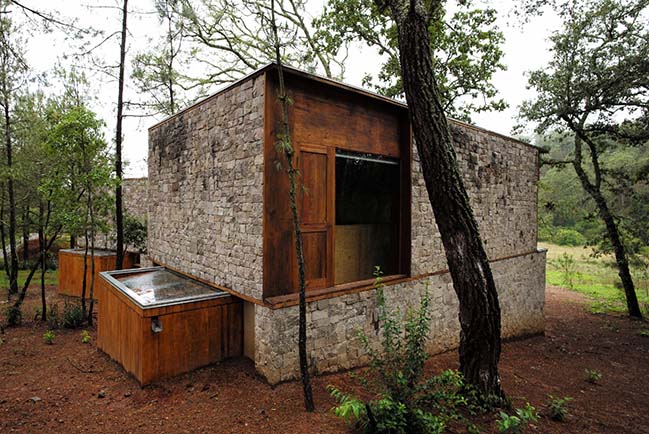 From the architect: The volumes are disposed in such a way as to avoid any cutting of trees, the resulting scheme is not an orthogonal disposition of each volume, but a freestanding placement respecting each tree in site. The final placement was decided, not only by the natural space in the forest, but also to have 4 mayor trees right in front of the living area, making them a central feature of the view. 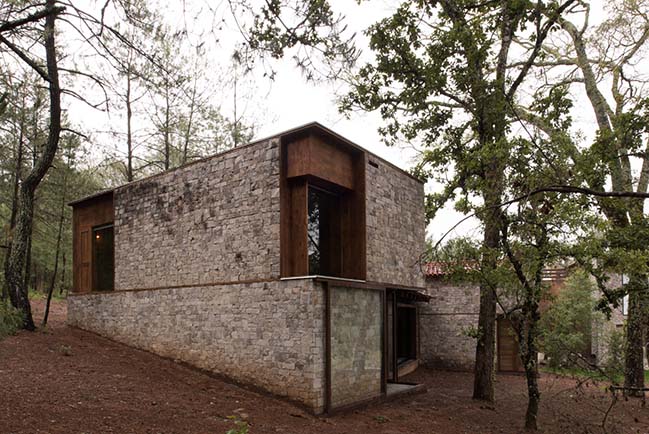 Each cabin consists of a simple 2 story stone building with several openings. The stone composition is demarcated with Douglas fir framing each door and window, resulting in a pattern reminiscent of Mondrian’s simplest paintings. On the inside, the main sleeping area sits under a double hight space with a fire place. The only element in the cabin is a wooden box that contains the bath area and serves as backdrop to the beds headboard. On top of said box a second sleeping area is accessed by a lateral staircase. 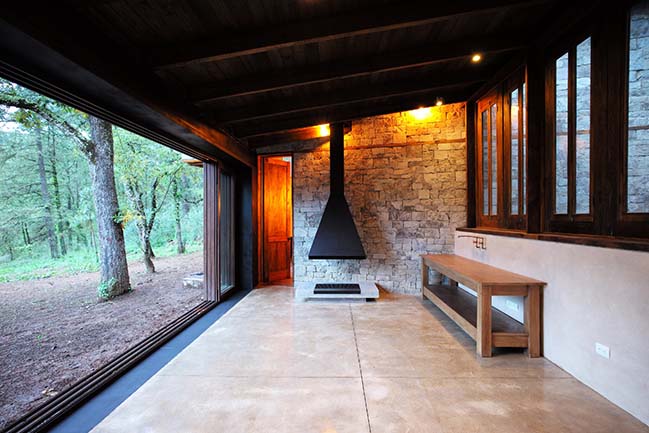 The bath is conceived as a space to be inhabited instead of just being utilitarian. It’s floor is black granite and has a trough that serves as a bathtub, it’s faucet is shared by that of the shower in the other side of a tempered glass. The shower itself sits outside the stone cabin, within the wooden enclosure and topped by a glass skylight with an under-view of the pine forest. The whole bath area is enclosed in wood, including the ceiling with consist in 8” beams 8 inches apart, a second layer of 1.5” by 1.5” purlins support the hardwood floor of the second sleeping area. 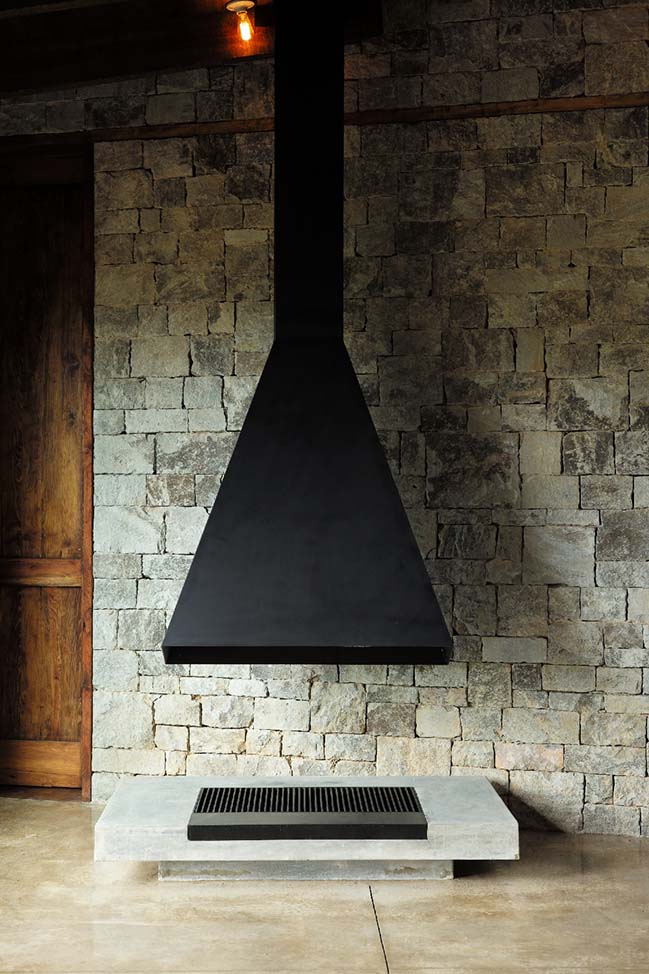 The lighting is designed as natural as the rest of the materials, with Edison type lamps without shades and installed directly over wooden surfaces, or with hanging fabric cables as chandeliers. All the plumbing is exposed in copper and bronce and designed to express itself and it’s sculptural quality. 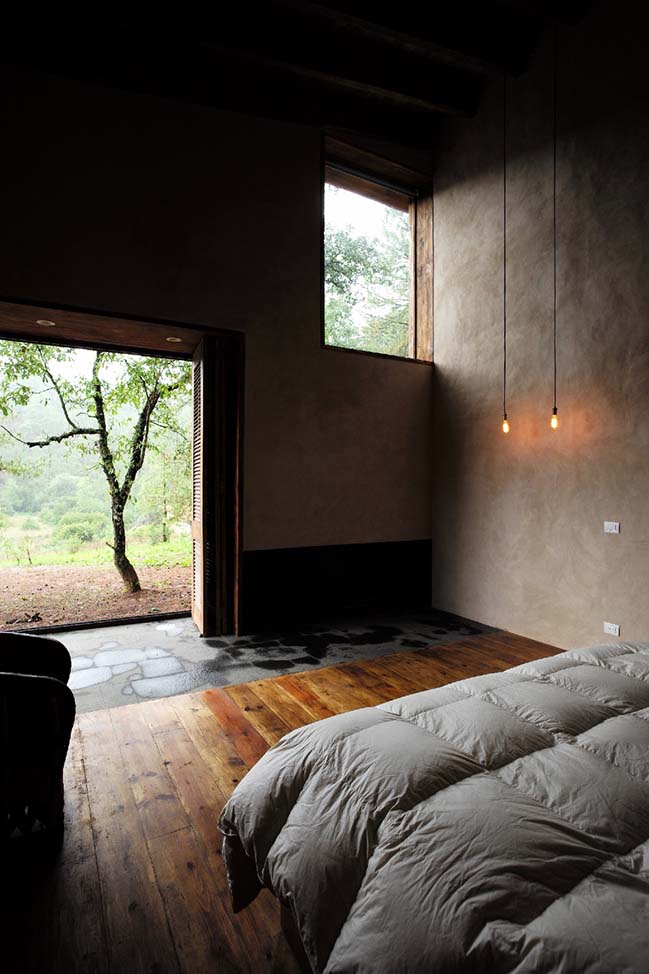 The connecting space is a simple living area, strategically placed to make the most of the view onto a vale. This central space is equipped with a free standing fireplace which hangs from the ceiling, the western façade opens up to the vale where a grill, terrace and fire pit complete the project. 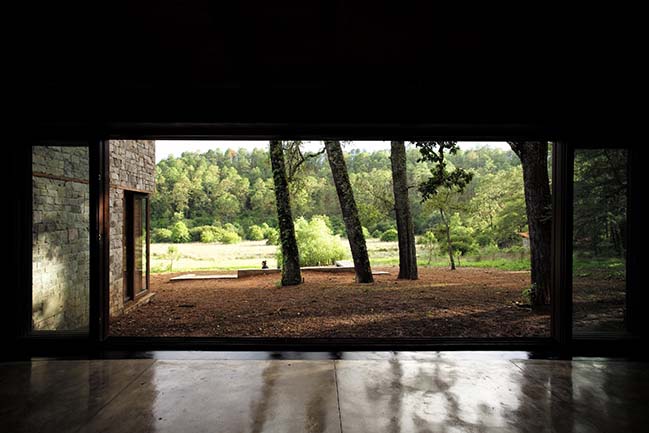 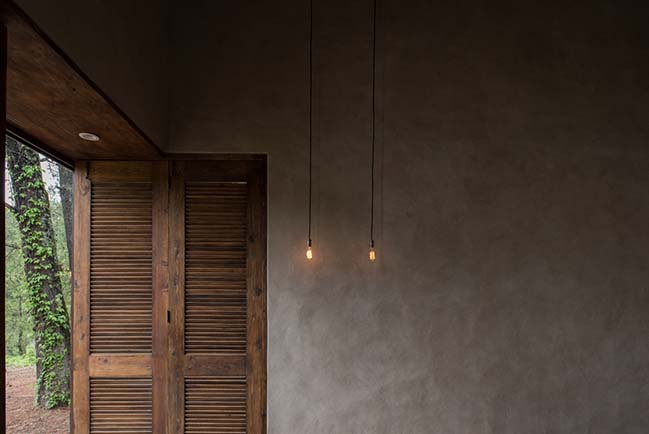 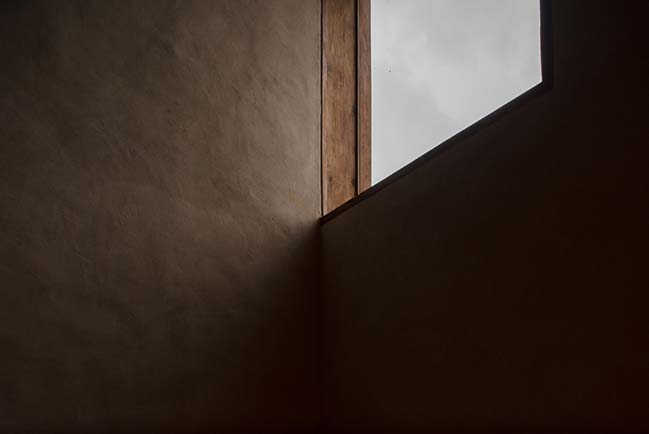 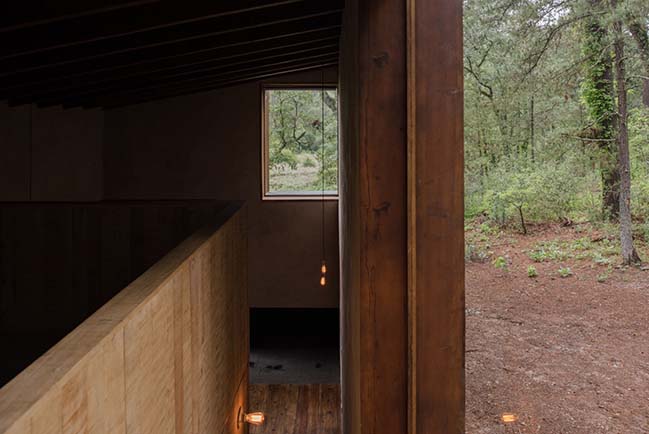 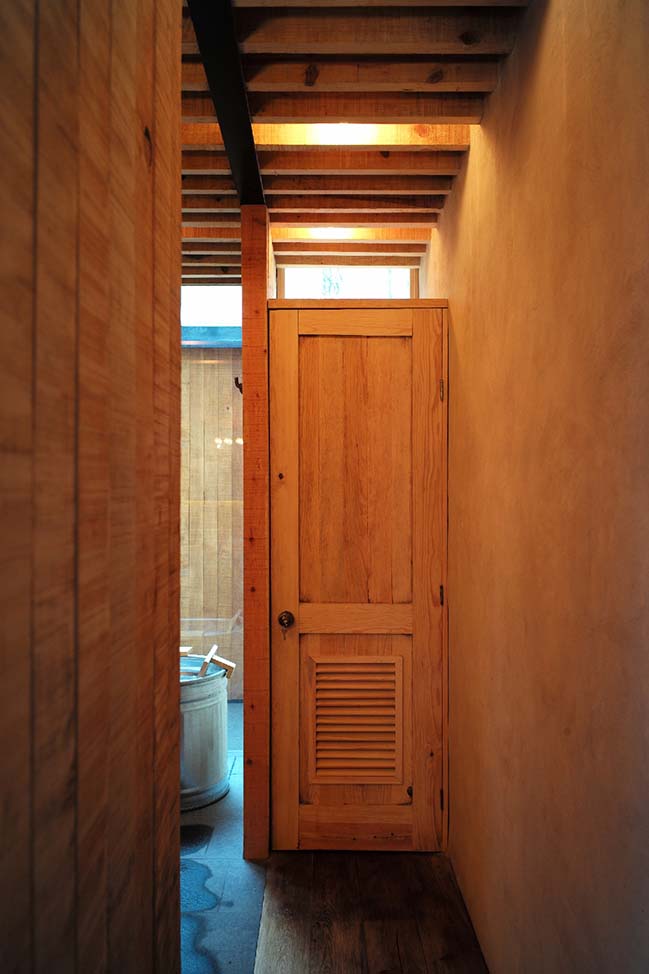 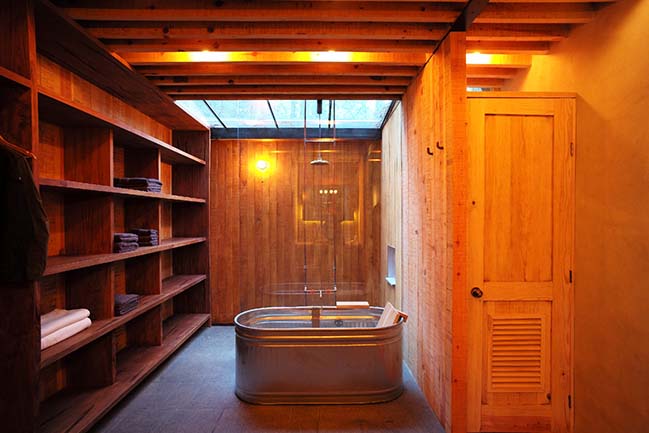 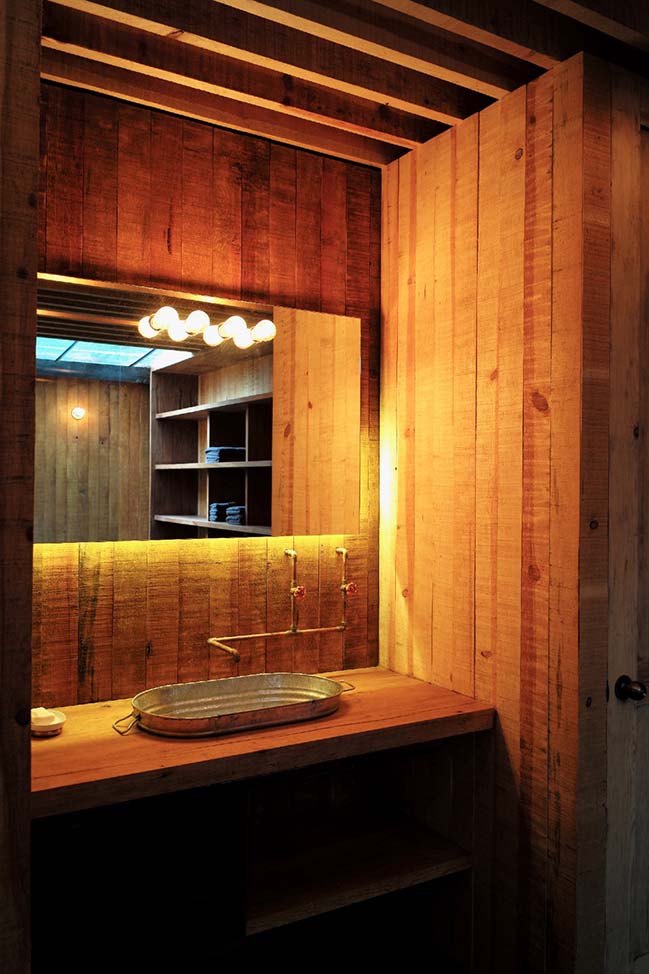 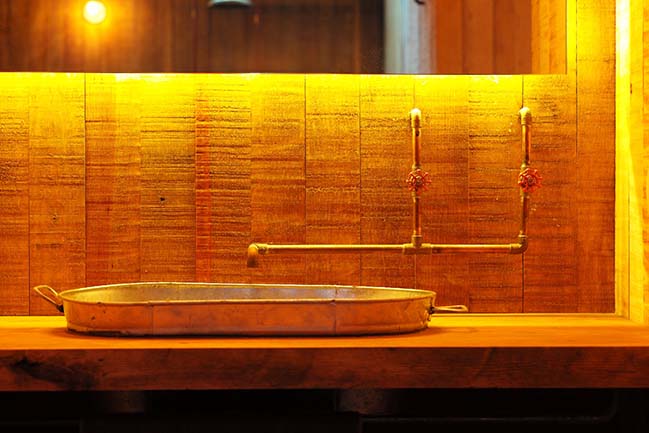 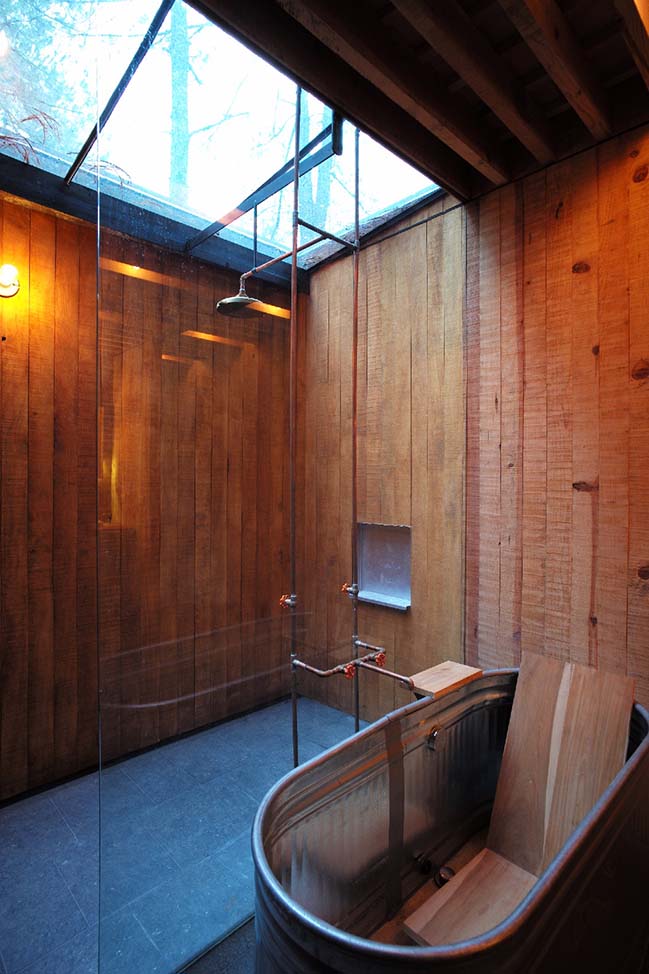 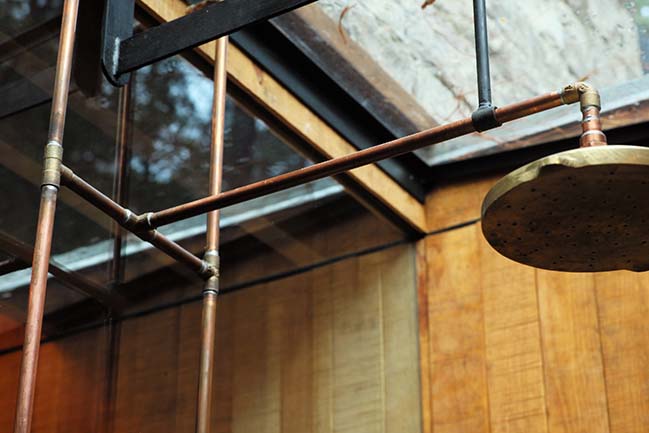 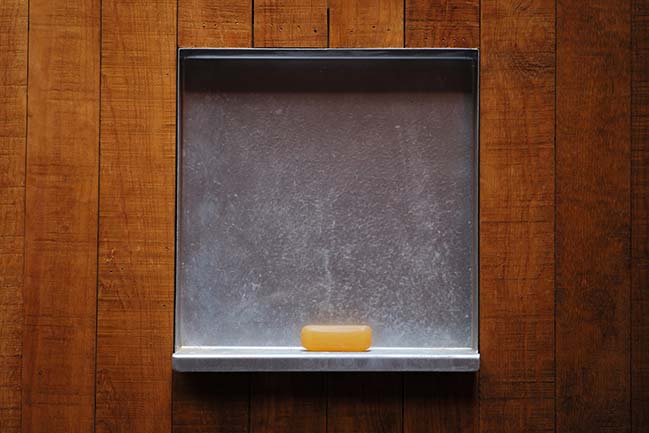 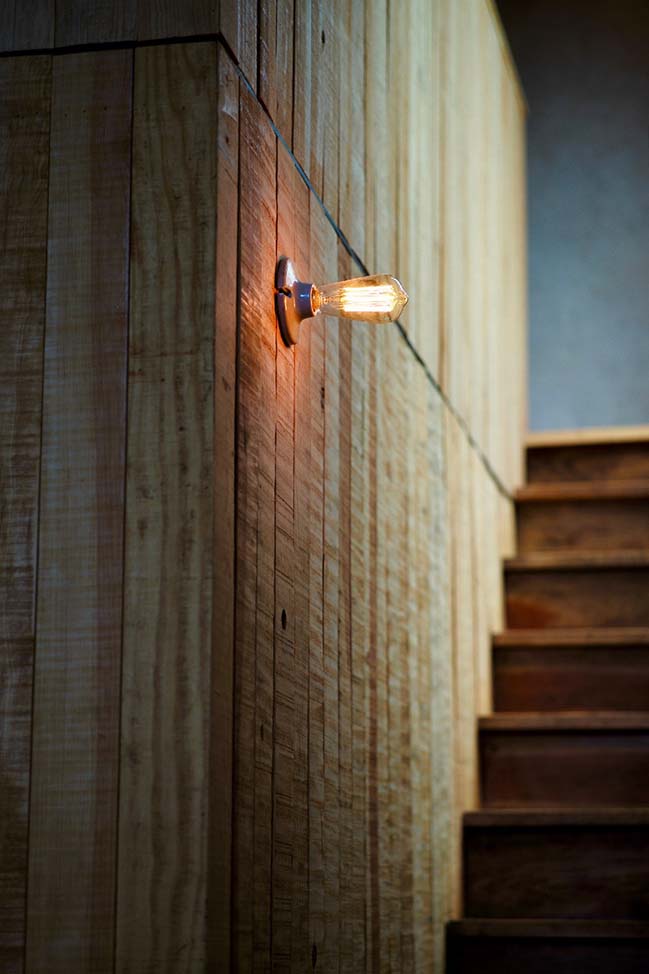 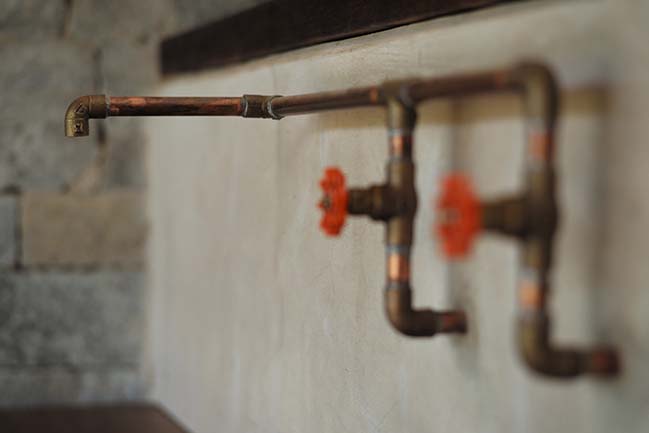 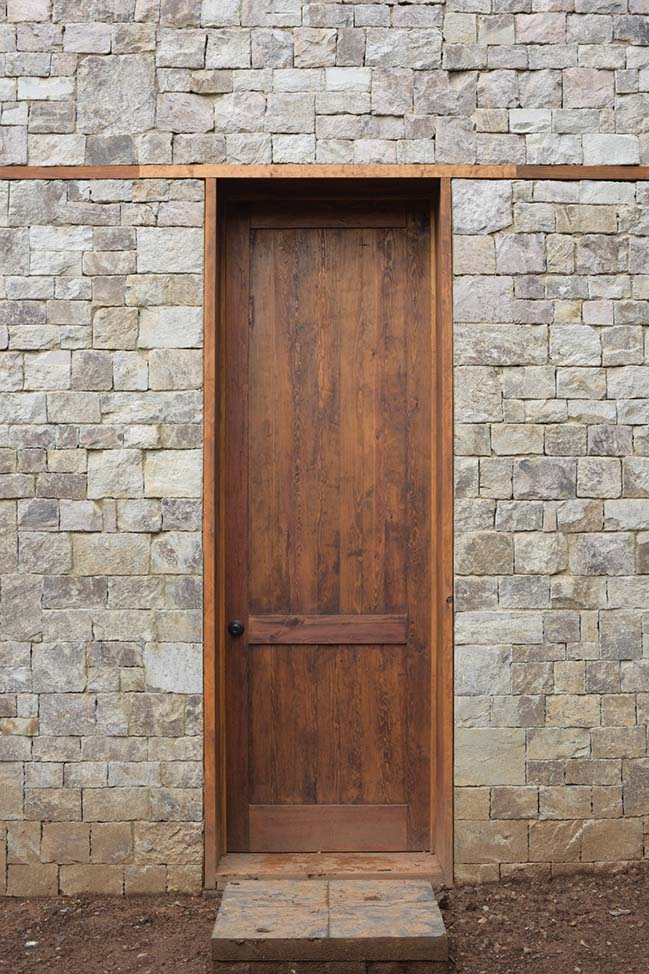 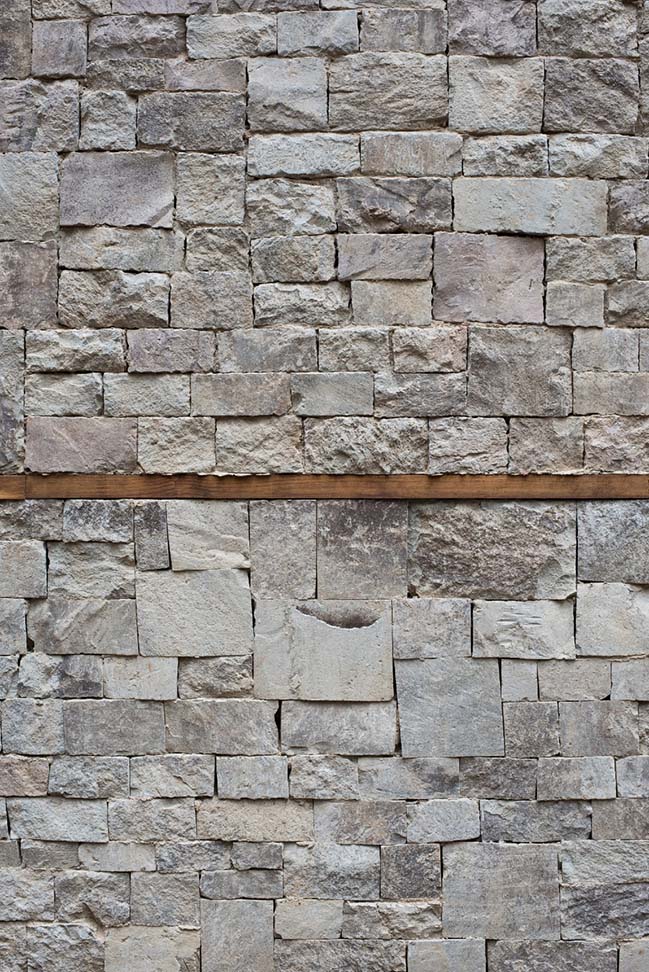 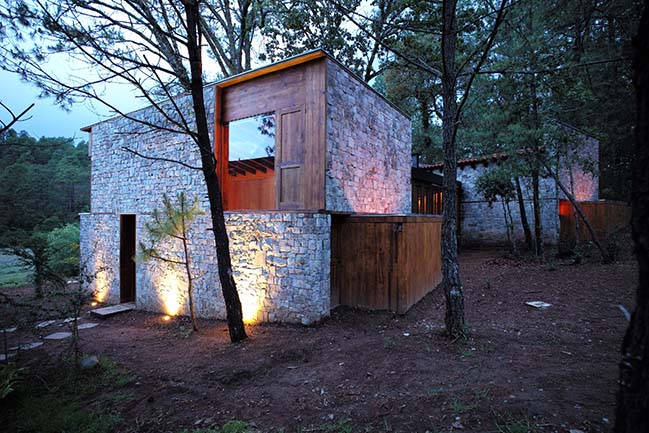 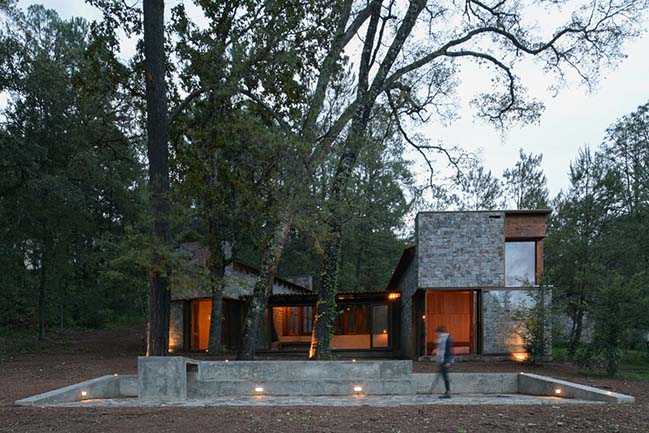 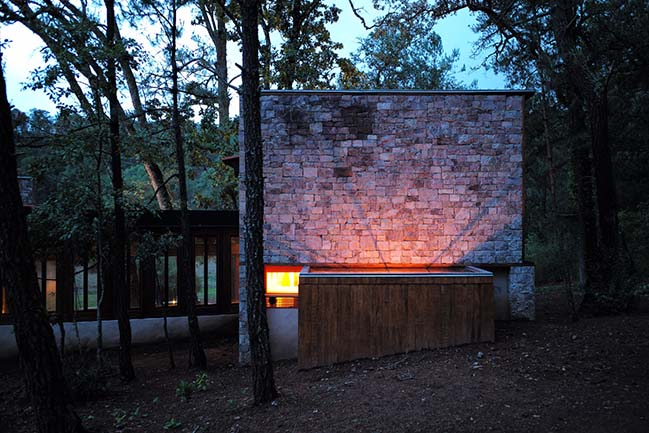 09 / 21 / 2018 Casa BGS consists of two small cabins connected by a living area in the middle of the Tapalpa forest. The site was chosen after careful consideration of existing trees