This is a project in the conceptual phase. The body of the building consists of several separate parts, of which a part of the vertical walls resembles a pentagon shape. Hence the name of this building, i.e. 'PENTAHOUSE' (not 'penthouse'). 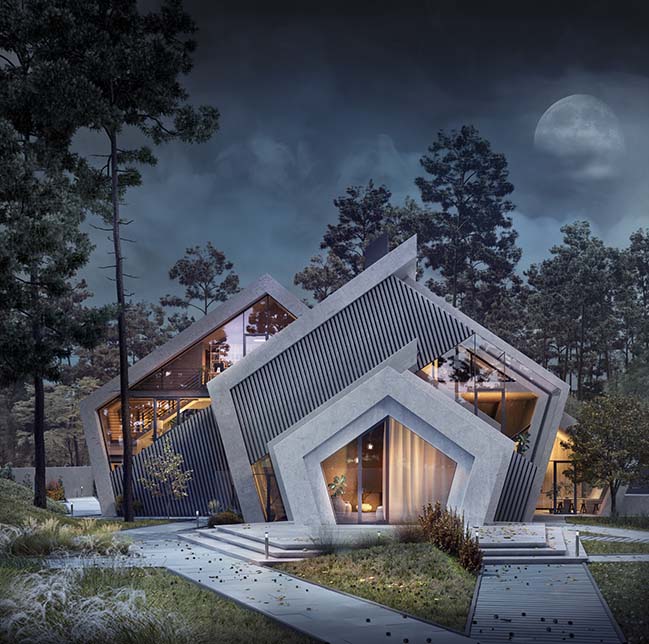 From the architect: The house in its shape was inspired by mountains, therefore the main assumption of the project was that most of the walls will not be straight, only slanted, like most of the mountain walls. For the same reason, concrete was chosen as the basic material, which also refers to the raw rock. 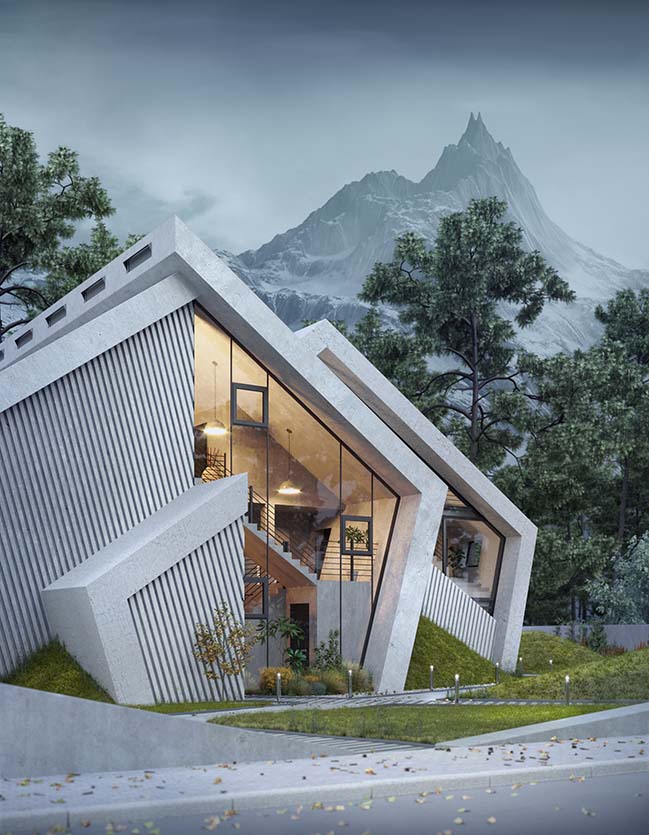 The house is designed in a minimalist style, although you can find light references to deconstructivism. Large concrete surfaces contrast with large glazing, which adds lightness to the building. Although the building looks somewhat monumental in places, it is a "family home", as evidenced by the thoughtful division of rooms inside the building, suited to the needs of a family of several.

The design of the house is completed by a tailored garden design, whose concrete pavements are also partially based on the pentagon plan. 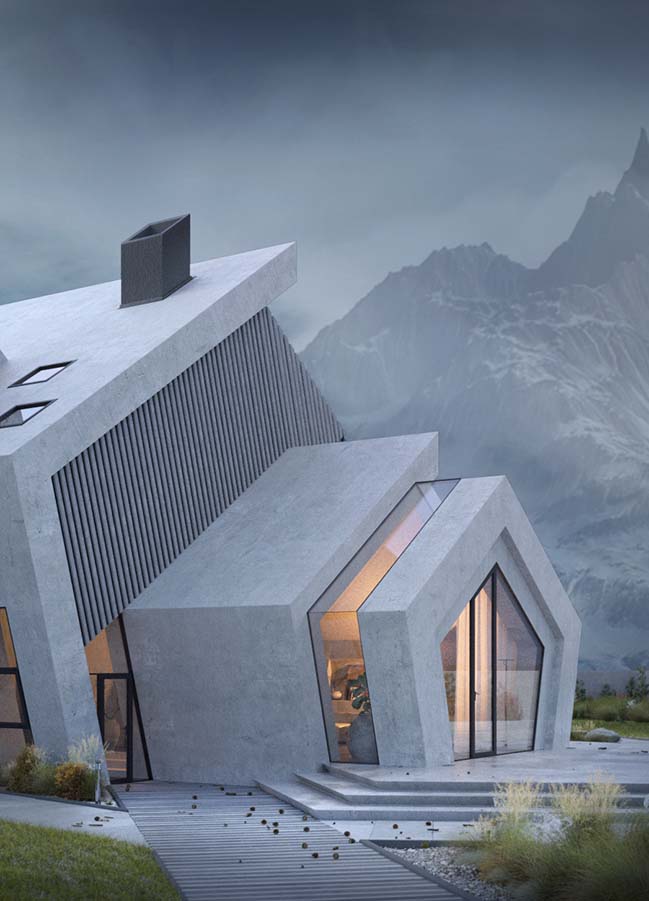 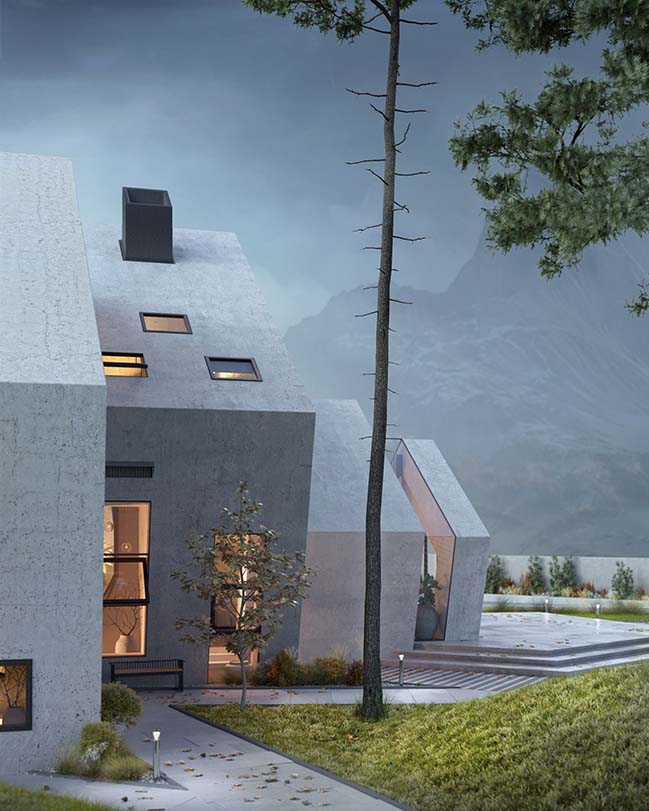 YOU MAY ALSO LIKE:
> Hercule - A monolithic concrete single-family house by 2001
> Concrete Tube House by RB+P 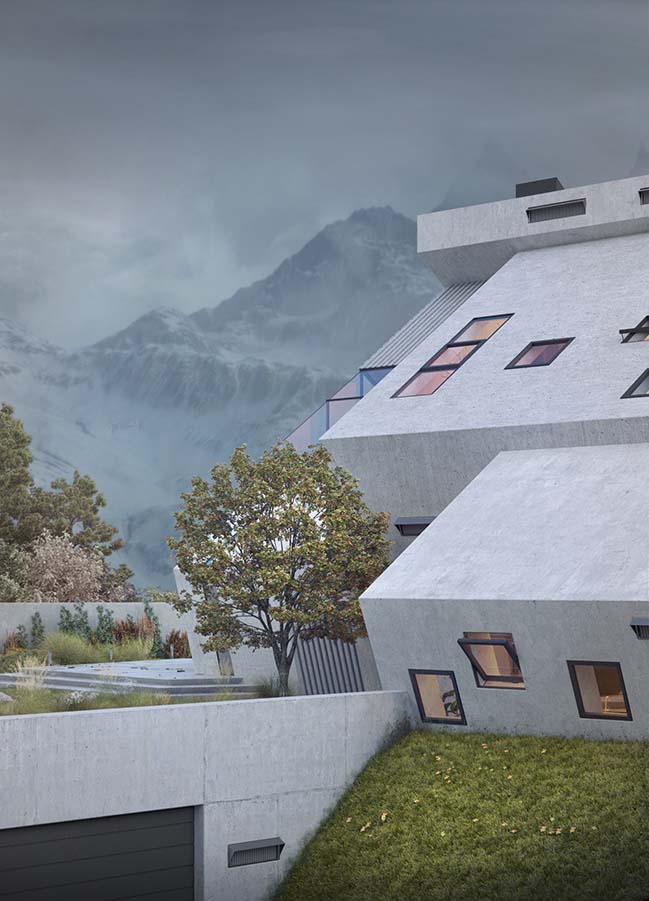 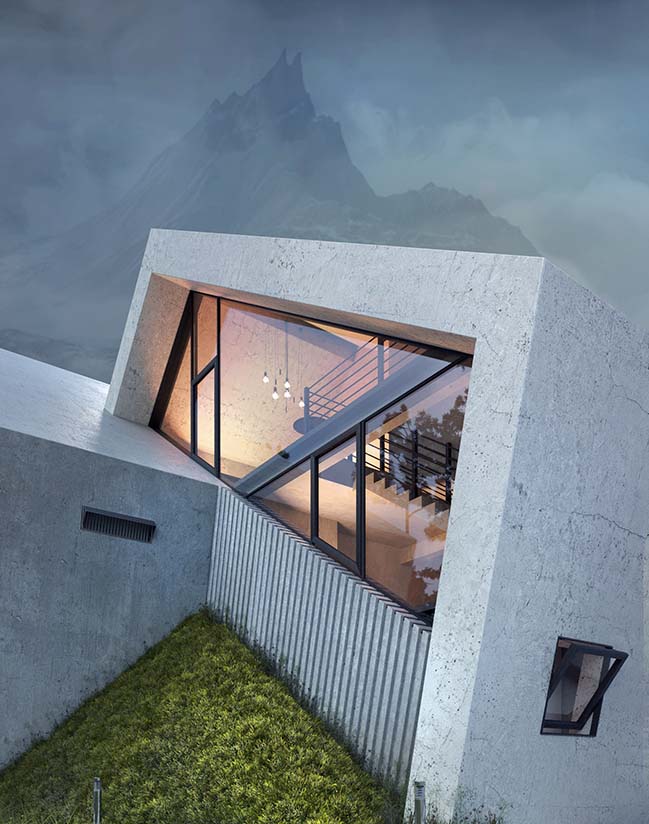 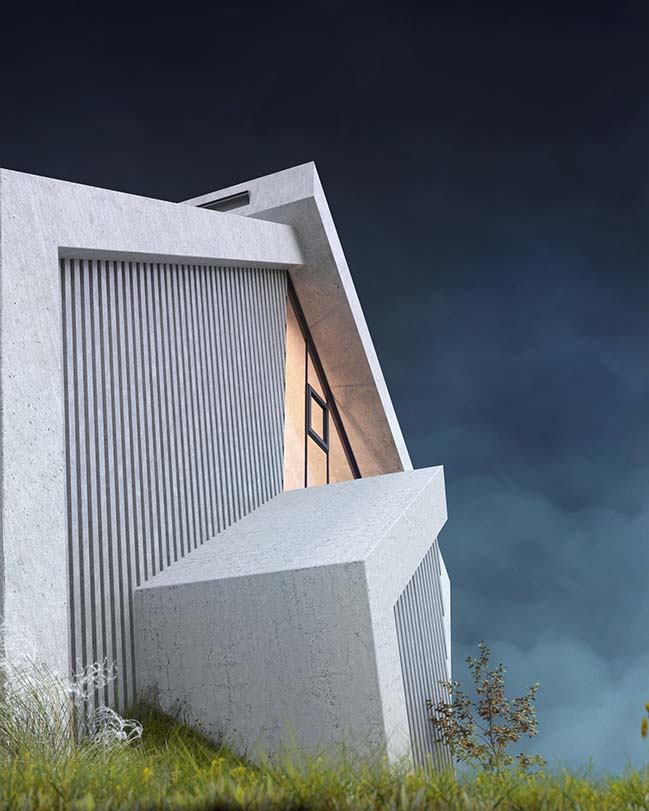 05 / 27 / 2019 This is a project in the conceptual phase. The body of the building consists of several separate parts, of which a part of the vertical walls resembles a pentagon shape 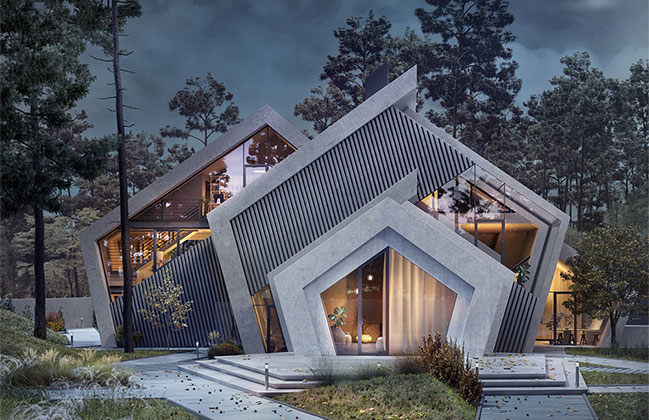 JINKE JiuQu River by NNS INSTITUTE OF THE INTERIOR ART&DESIGN