Located on the ground floor of a residential building from the 60s of the 20th century located in the Tarragona area, it is planned to redesign a house that was divided programmatically into four rooms, a living room and a bathroom (these two last elements of small dimensions taking into account the 87 m2 that presents the usable surface housing in the plant).

From the architect: Once the morphology of the existing house was analysed, it was detected that although the living room communicated with the terrace, this one was small, at the same time that between the living room and the kitchen there was a room that was the cause of the existence of a corridor that consumed surface to the detriment of the living room itself, the kitchen and the bathroom. At the same time, the two existing inner courtyards in the building, did not illuminate properly the rooms with which they contacted due to the state of the windows and to the original distribution of the house. 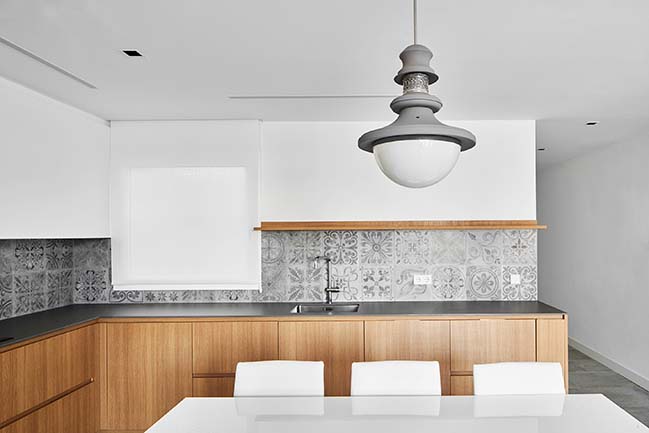 The program requested by the client consisted of a living room, dining room, kitchen, two bedrooms, a study, a bathroom, a multi-purpose cleaning space and a storage space.

It is chosen to make the minimum possible demolition interventions with the aim of unifying rooms to create a large day area and the minimization of the access corridor. This creates a large, fluid and changing space that makes the final house an easy place to live and where the day area becomes a bright and spacious space that takes full advantage of geometry to assume the uses of cooking, living room and dining room. At the same time, the reduced corridor spatially links this area with the study, creating a greater visual amplitude and bringing light to the new longitudinal strategy with which the house is now related to the exterior, so that from the terrace you can take a continuous route without visual barriers to the two rooms with views, which have remained in their original position. 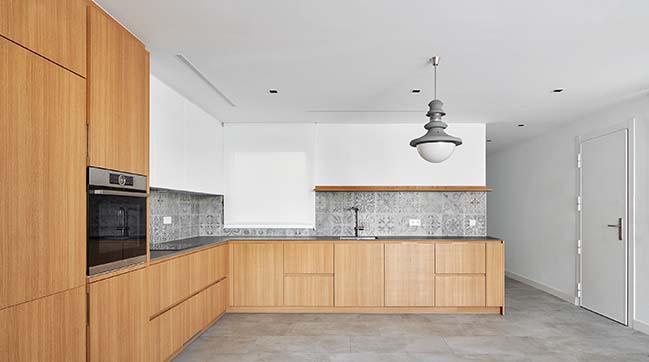 Unified rooms, it is relocated the bathroom where the kitchen was located and the multipurpose cleaning space where the bathroom was located, emphasizing the contact of the resulting rooms with the existing inner courtyards. The resultant housing obtains a singular day zone, achieving a greater spatial sensation, being this the main living space of exchange and experiences of the users, promoted by the situation of the broad annexed terrace. 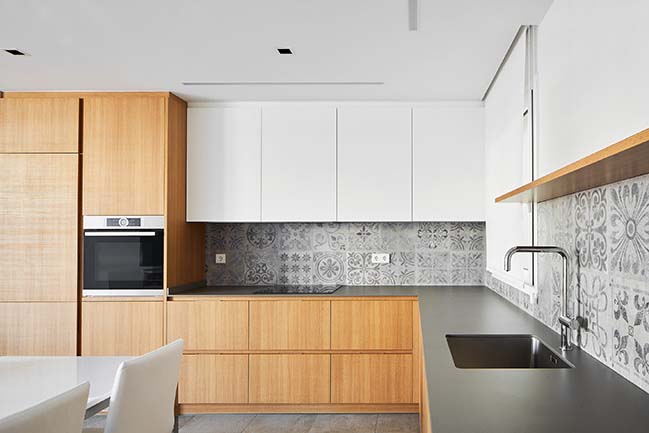 With regard to housing equipment, this is done by creating two furniture elements: one for the kitchen, living room and dining room and the other for the study, in an integrated way and promoting the spaces of those who are part of it. 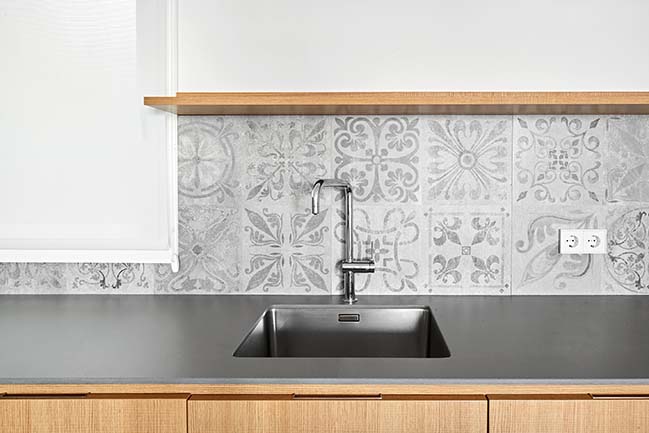 As regards the final materiality, it is proposed that this generates a cozy, friendly housing, which embraces the concept of Danish hygge, by means of pavement with a stony  texture that includes the entire housing floor, and the use of neutral colors and warm wood for the rest of materials. 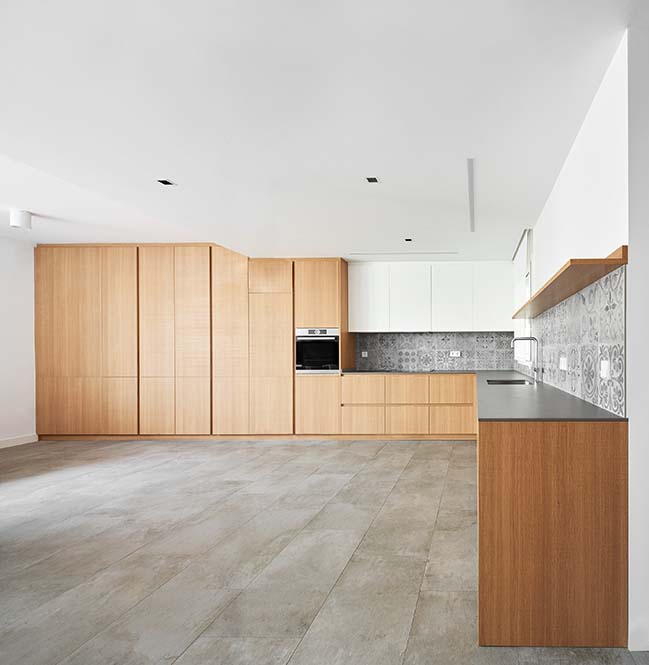 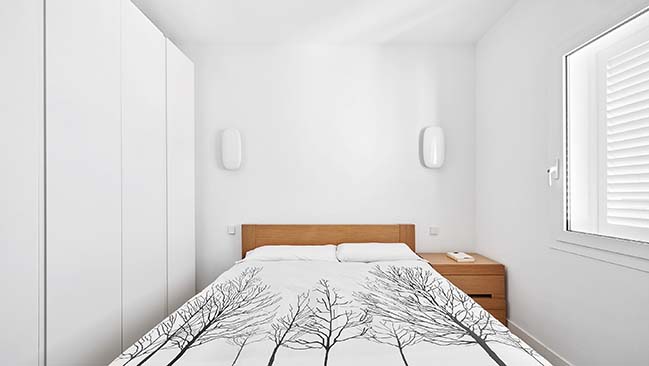 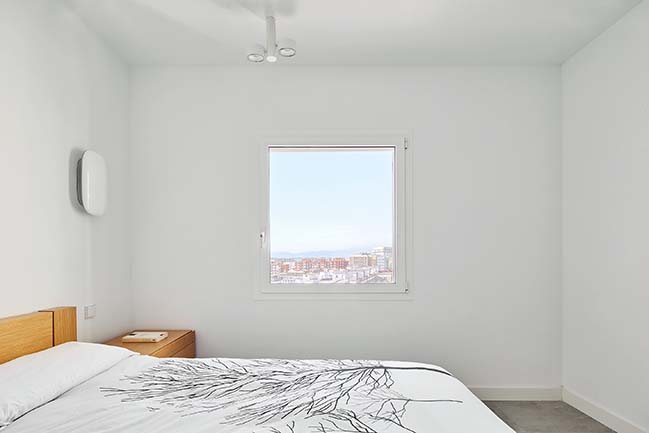 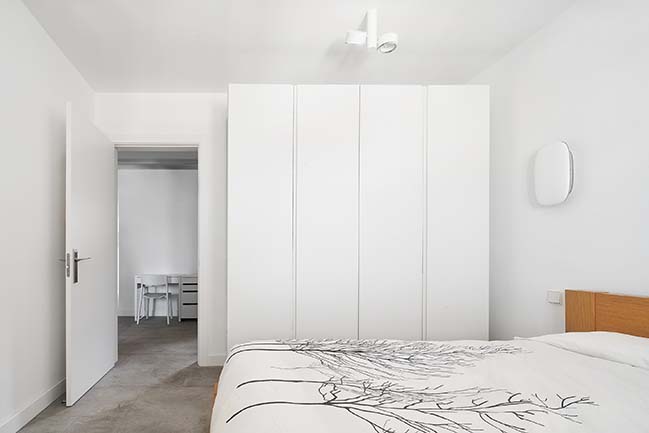 > You may also like: Industrial Loft in Barcelona by Habitan Architecture 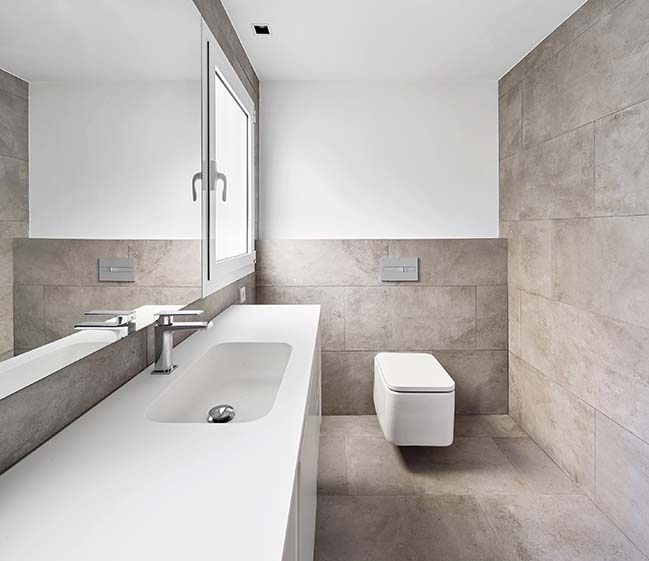 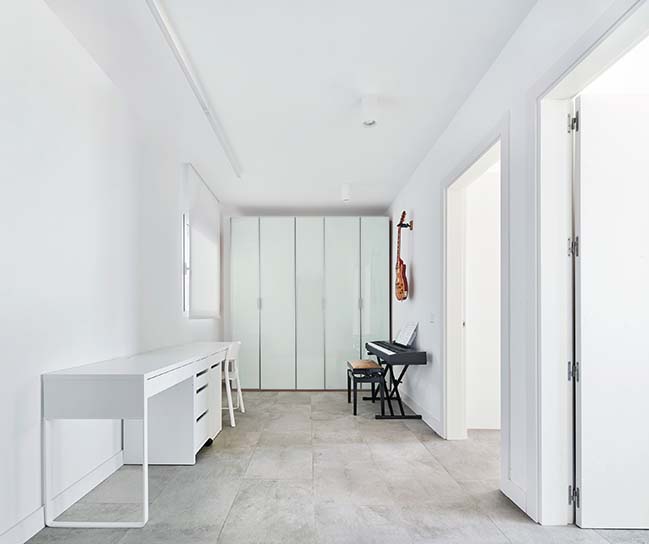 > You may also like: Sardenya Apartment in Barcelona by Raul Sanchez Architects 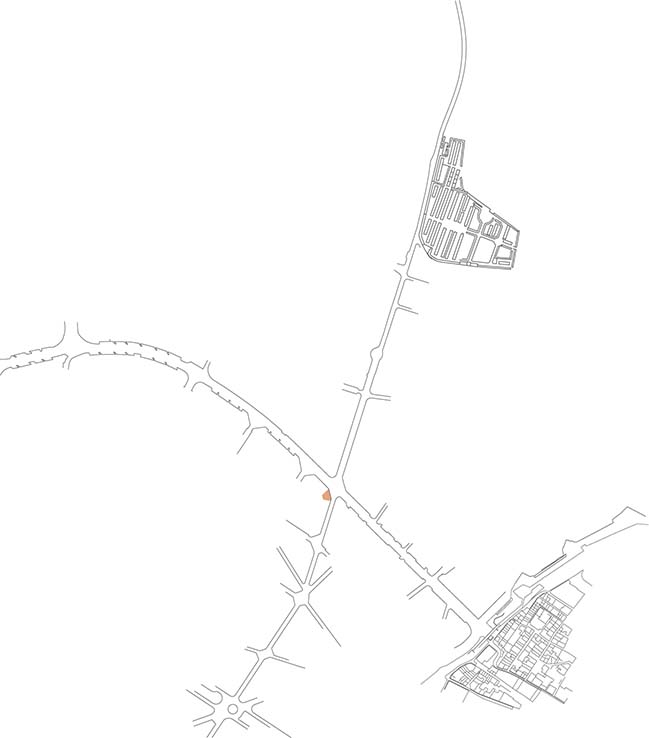 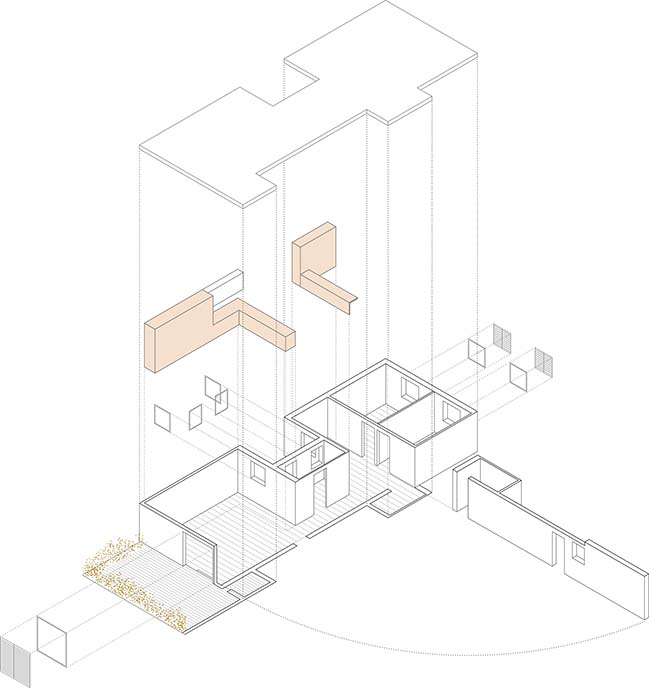 08 / 29 / 2018 This project is planned to redesign a house that was divided programmatically into four rooms, a living room and a bathroom...