Casa V is an elegant modern house in Spain that was designed by Dosis De Arquitectura. 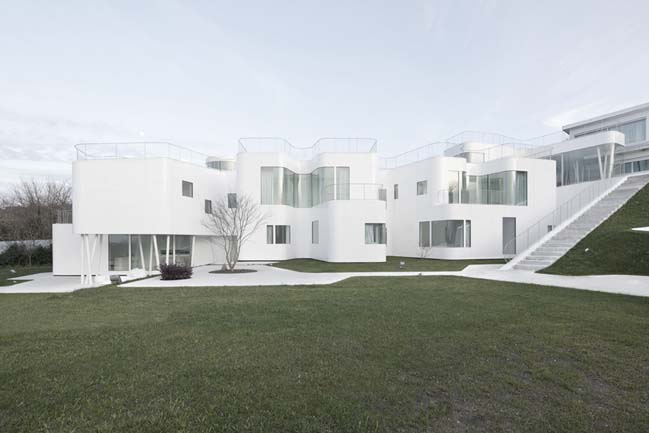 From the architects: Casa V consists on the rehabilitation, adaptation and expansion of an existing house, designed and built in the early 1960’s. The family that inhabits the house has been spending the holidays in it for almost fifty years. In that time, even though the number of family members has increased, the house had remained the same, being unable to fulfill current and future needs. The intention of the project is to make a place where three generations of one same family can enjoy their holiday simultaneously. For that purpose, a new house is made for the two younger generations, which consists on a side wing that articulates itself with the old building on the northeast. The rooftop of this new house serves as a private garden for the pre-existing house as a landscape response to the existing topography. The original house accommodates now the spaces for family and social interaction, as well as the rooms of the first generation. Each family member has its own independence while remaining a part of a single set. A multilayered wall defined by a single construction detail, which serves both as structure and as thermal and environmental overcoat, meanders in order to embrace the multiplicity of events that occur in the house. Spaces are defined by the unfolding of matter in space-time, which topologically adapts itself to what happens inside. The new house is formalized by the continuous flow of a completely neutral wrap – no edges, no color, no texture - and, within this wrapping, life, action, is the protagonist. 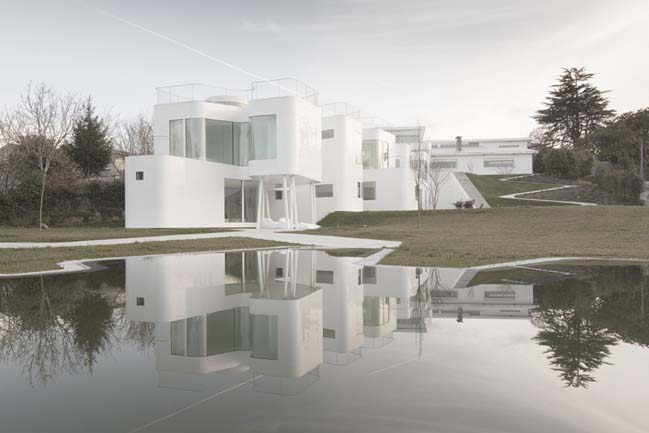 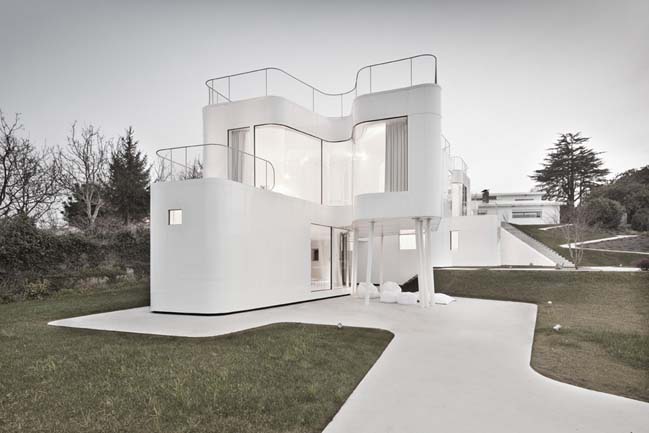 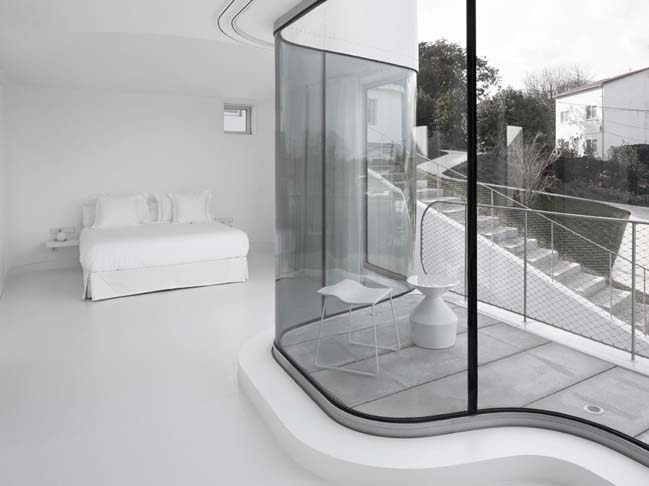 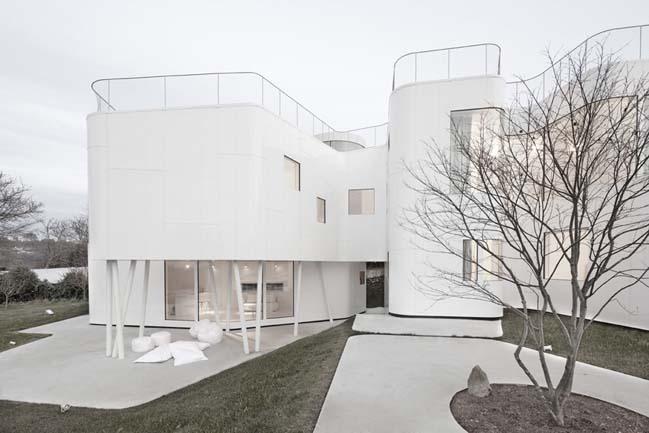 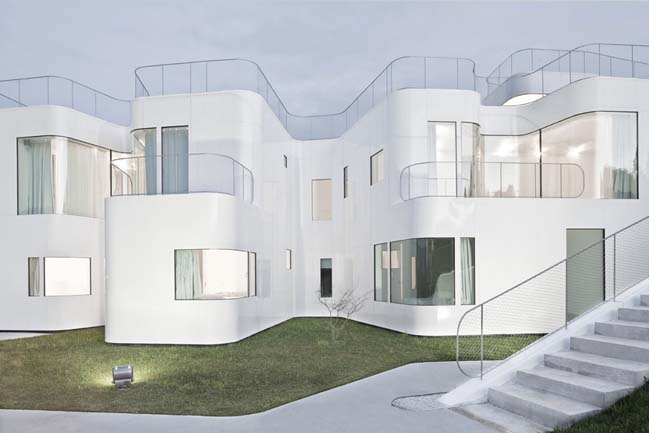 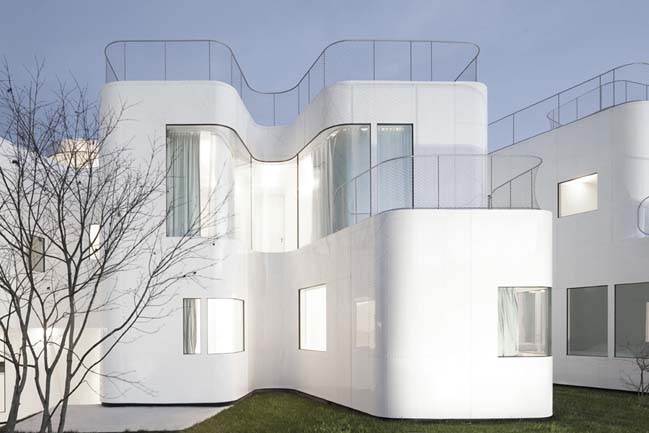 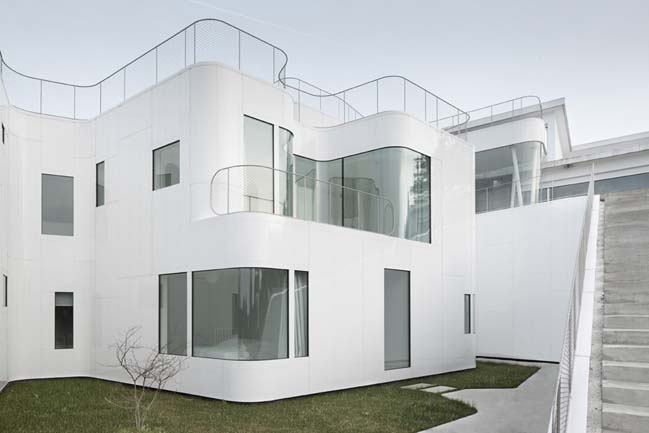 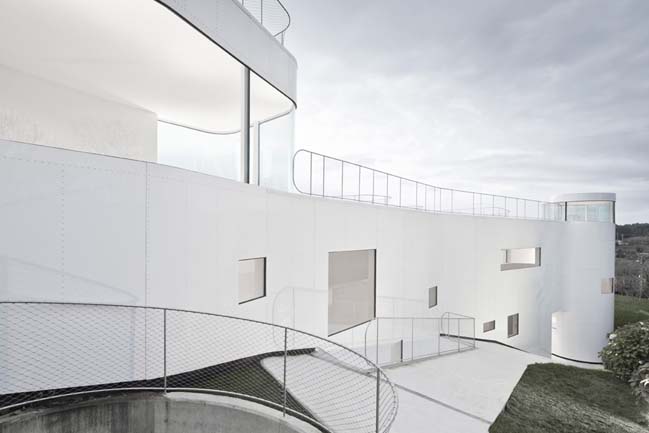 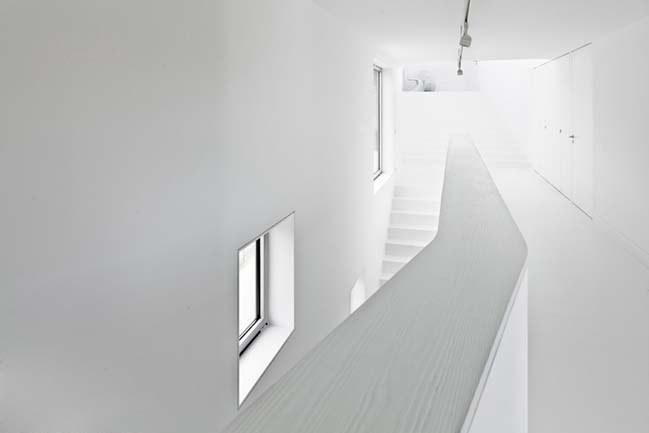 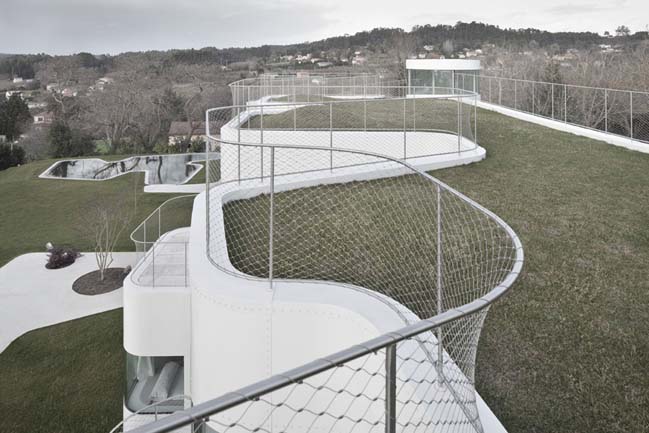 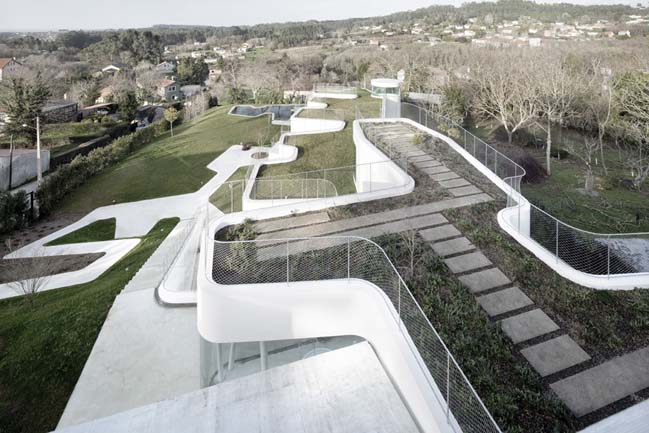 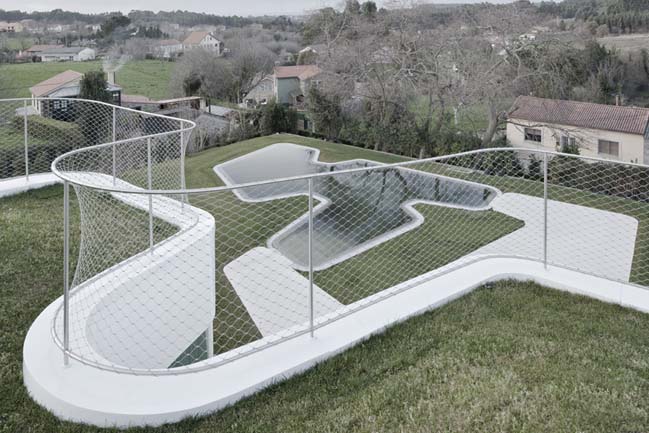