Completed by Drozdov&Partners. Karelian House combines 2 houses and a workshop within one single volume. 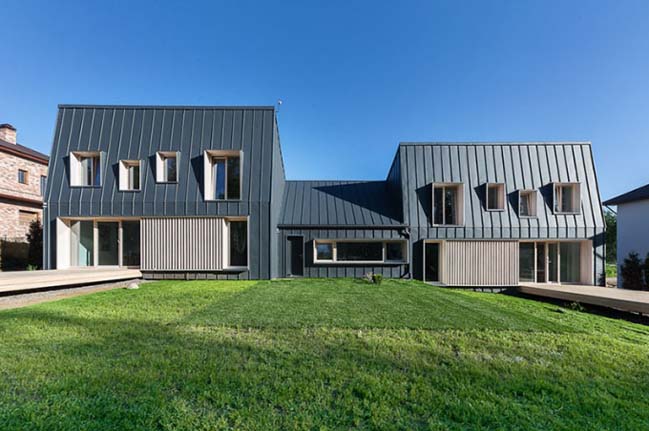 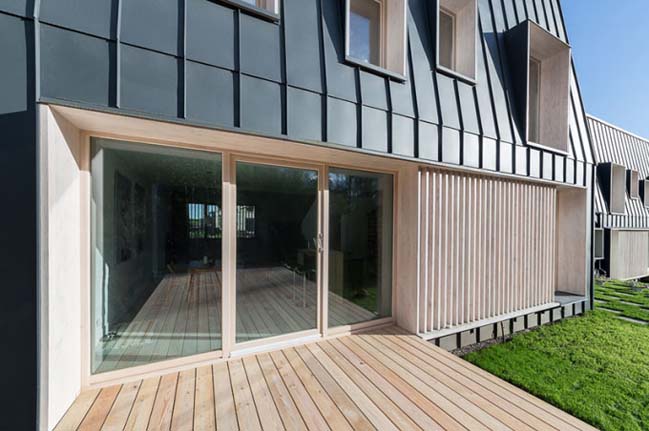 Follow the architects:  This project was commissioned by two twin sisters and their families who are going to use this house both for living and working. thus, the project combines two houses and a workshop within one single volume. the plot borders on the road in the south, while in the east and in the west it is bordered by neighboring residential properties. the northern facade overlooks a forest glade. the entire layout is divided into three blocks: two houses and the workshop with a garage. although the blocks have different grade levels, they are all united by one single roof. such combination of various functional elements under one roof follows the traditions of karelian residential architecture. the common premises occupy half of the ground floor stretching from the blank southern facade to the northern facade, which offers a panoramic view of the forest. the southern sunlight fills the house coming through the extended window in the side wall and the skylight. the terrace comes as a natural continuation of the dining room, floating above the grass field like a pier. 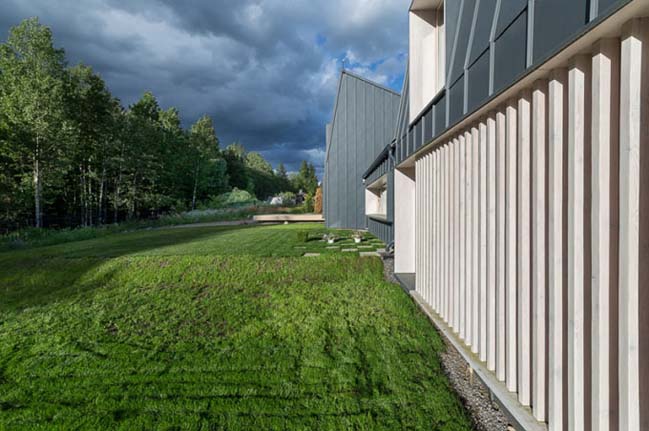 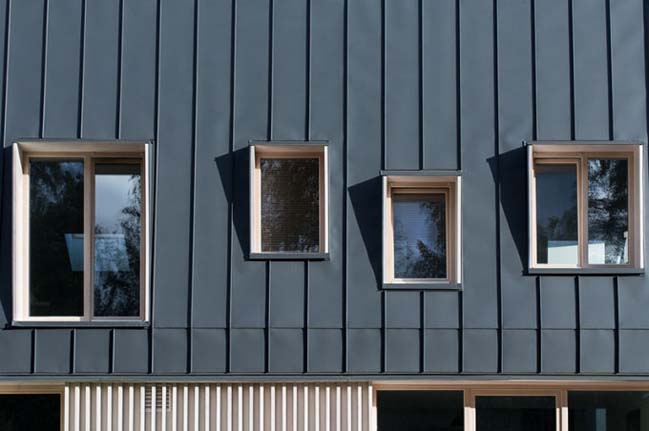 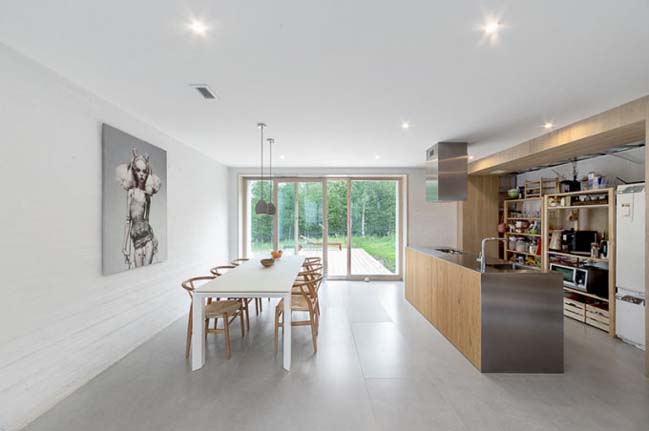 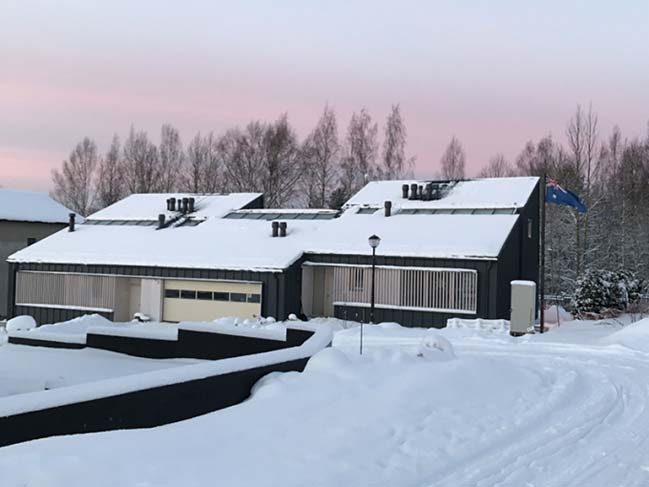 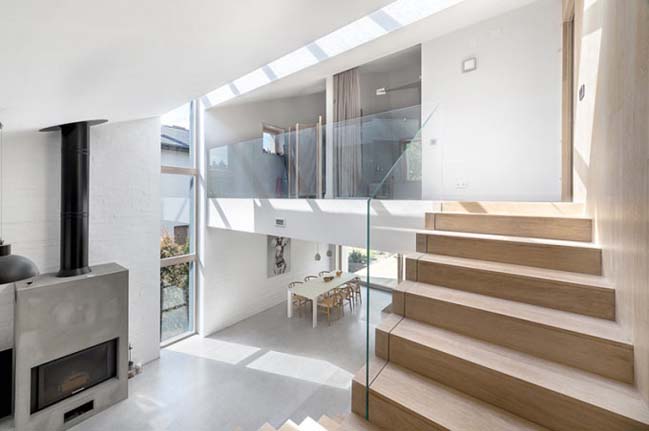 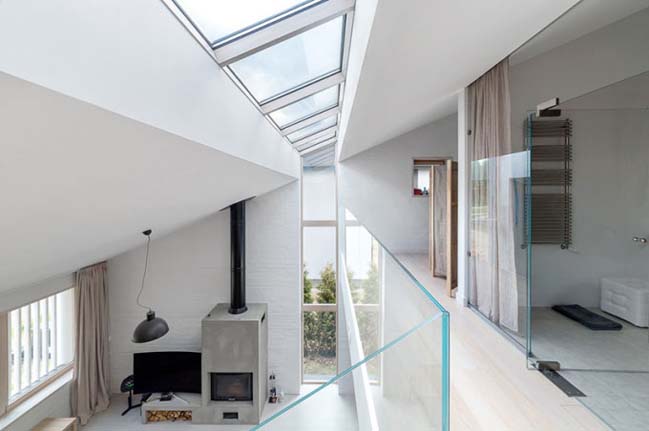 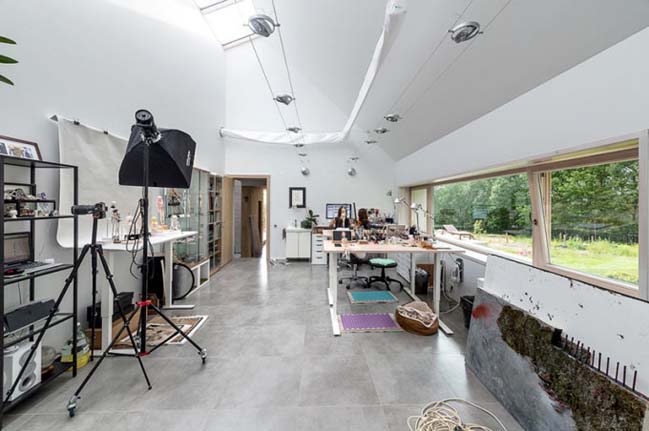 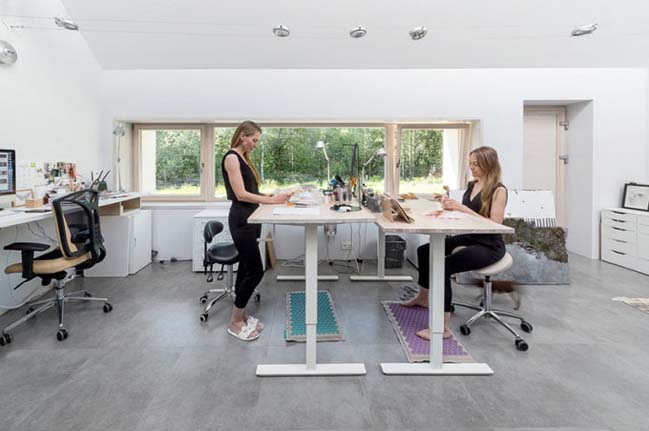 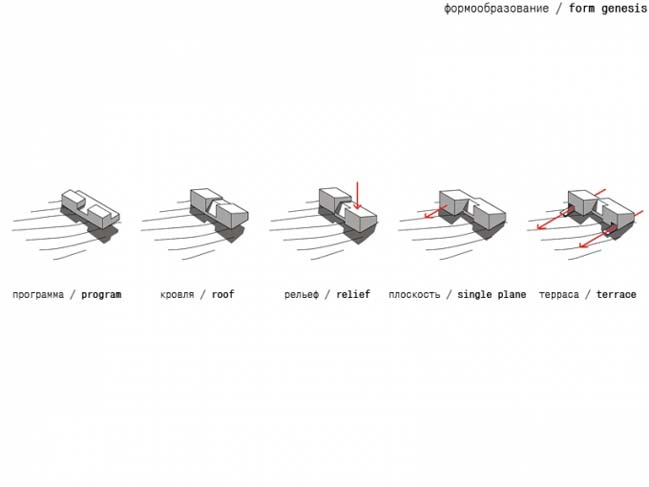 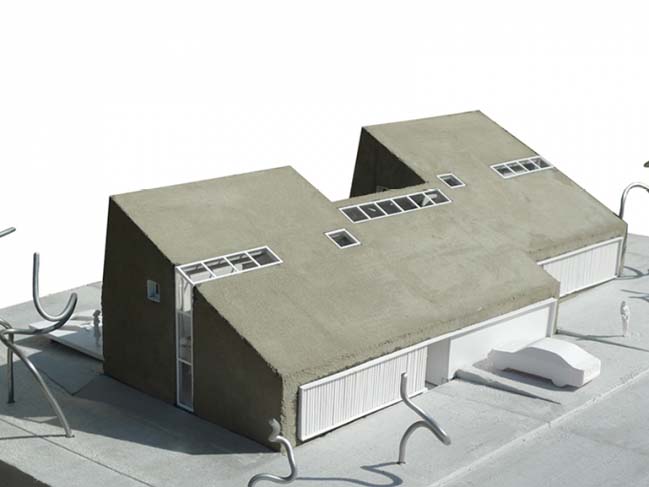 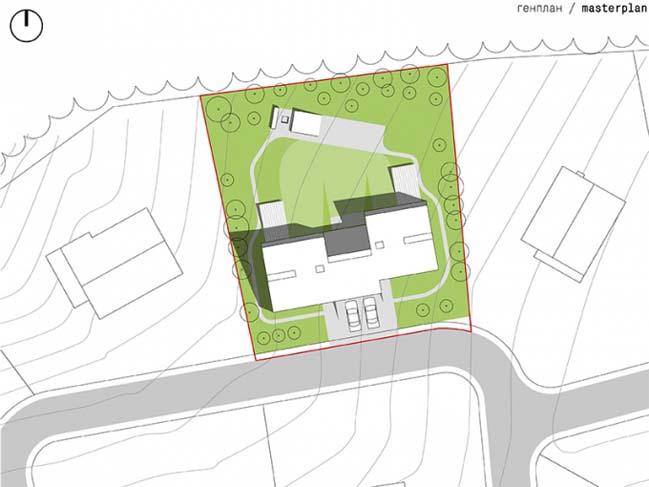 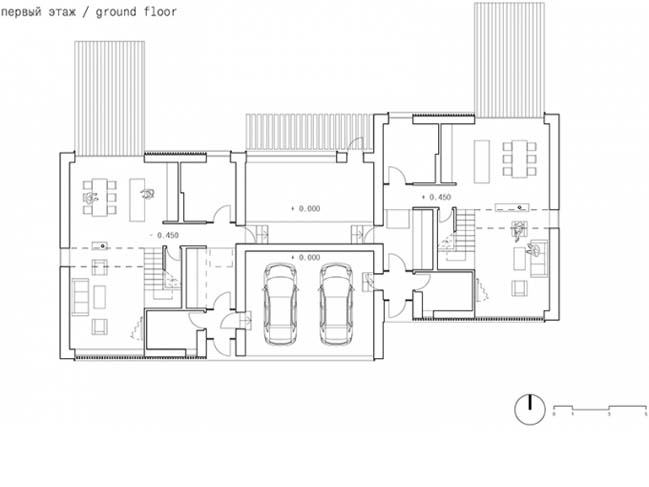 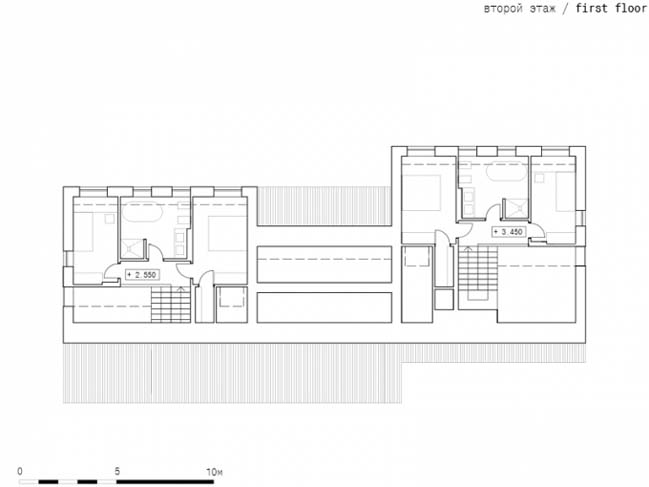 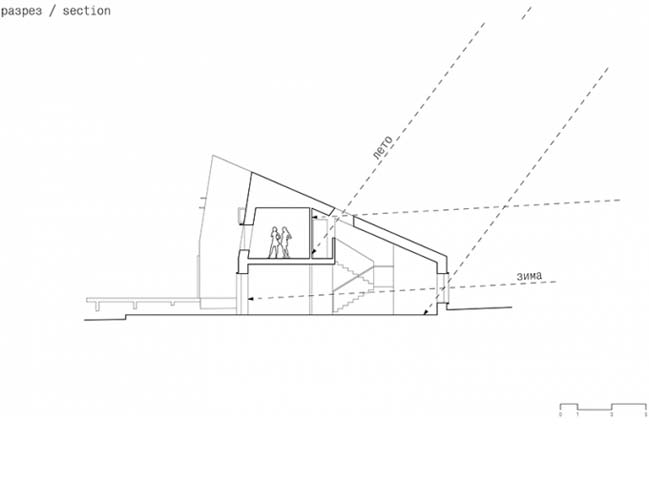 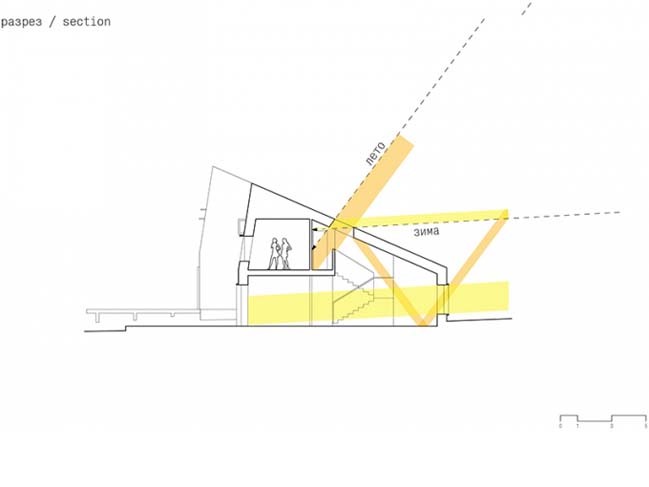 09 / 13 / 2017 Completed by Drozdov&Partners. Karelian House combines 2 houses and a workshop within one single volume