house renovation, before and after, houses in italy

The apartment is a unit on the fourth floor of a ‘30s building, located in the San Salvario district. The three-sided exposure makes the apartment very bright and gives great breath to all spaces. 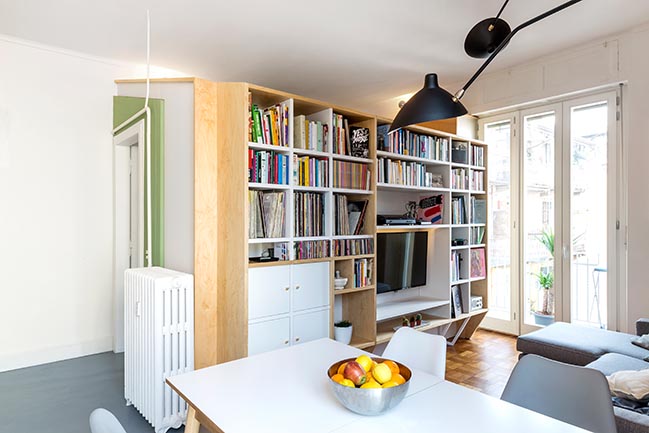 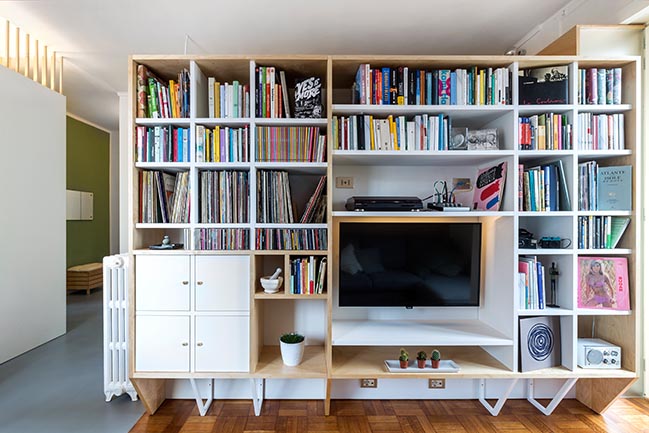 From the architect: The elements that generate the project are the use of existing walls and the creation of new ones through three lightweight elements with dual functions. A wooden element is situated in the center of the apartment and it has the function of kitchen, bathroom and laundry room. 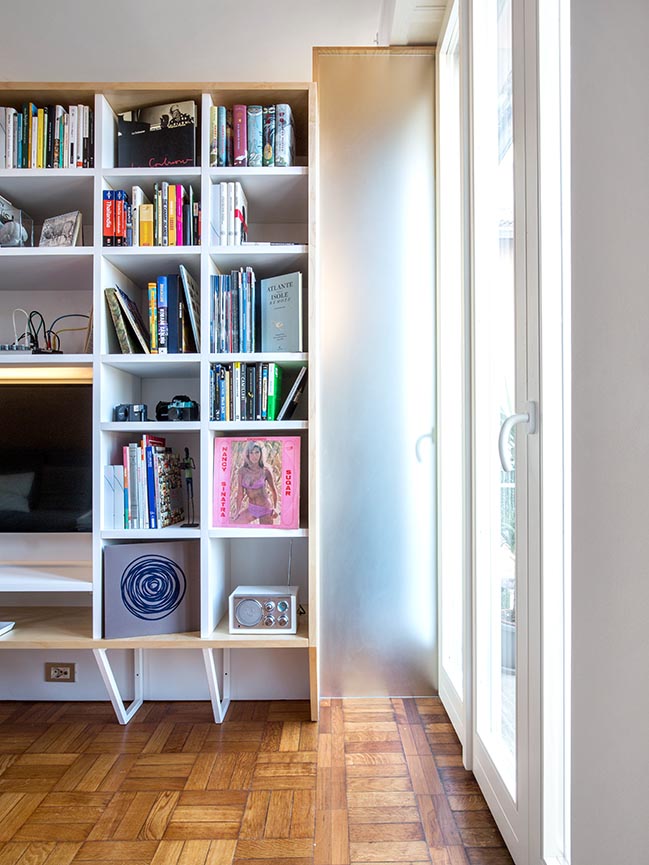 This element, completely white, is emptied in the central part by a birch frame that contains a link and a hob. An almost invisible door with a round handle (a water valve of the ‘30s) is the access to a small bathroom with laundry. 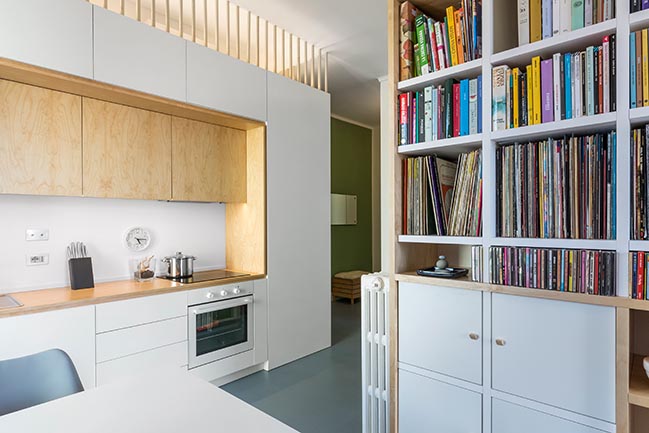 In the master’s bathroom, the blue-colored strip turns down the point of view by extending the whole space. An old mountain bench made with elm is recovered becoming a sink shelf while the shower stall is a space defined by a large window and it is elevated 10 centimeters from the ground. 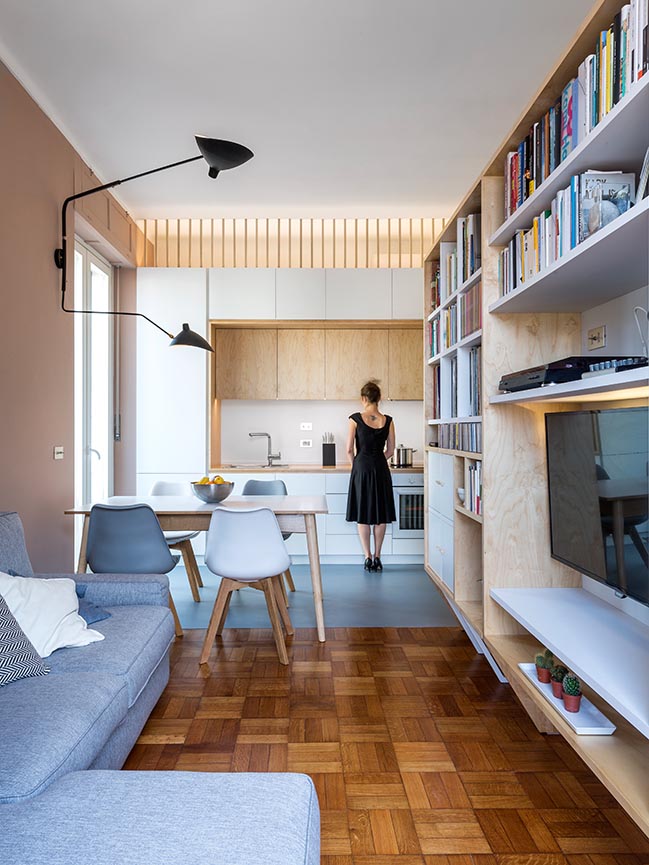 The smaller room is adapted to a not demolished wall of the original house. The partition between the two rooms becomes on one hand a bedroom and on the other a bookcase for the living room. The bookcase is built according to the Golden Ratio that defines gold squares containing different compartments. The large quadripartite window illuminates both rooms by using an opal glass partition. 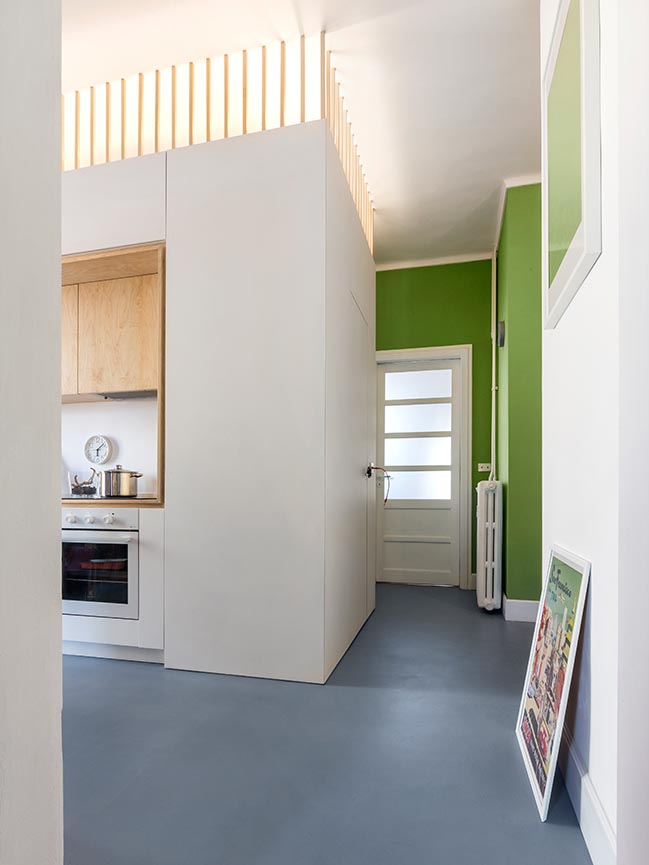 A third wooden element is extruded and subtracted into the bedroom creating, also in this case, a double function: the 60 centimetres extrusion of the whole wall becomes a large wardrobe, while the subtraction of the area, defined by the large window, becomes a Zen corner for relaxing and doing yoga. 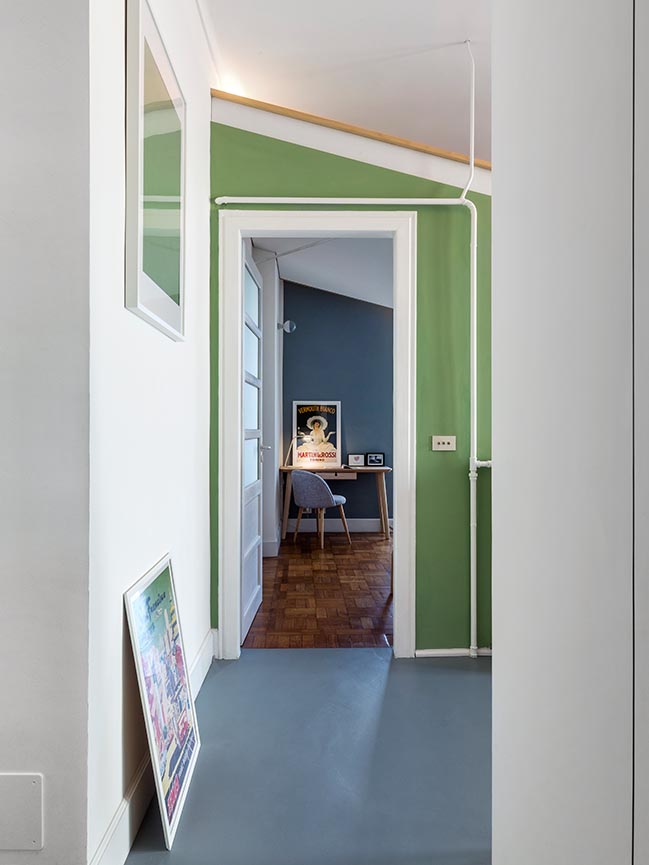 The original parquet floors of the previous rooms are maintained. The remaining spaces (entrance, kitchen and bathrooms) are treated with the use of gray concrete resin. 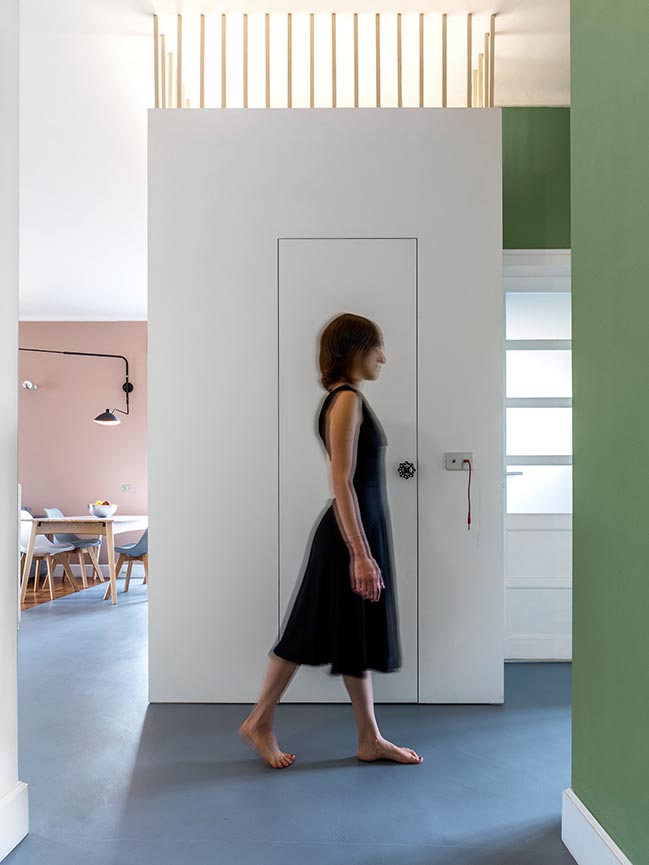 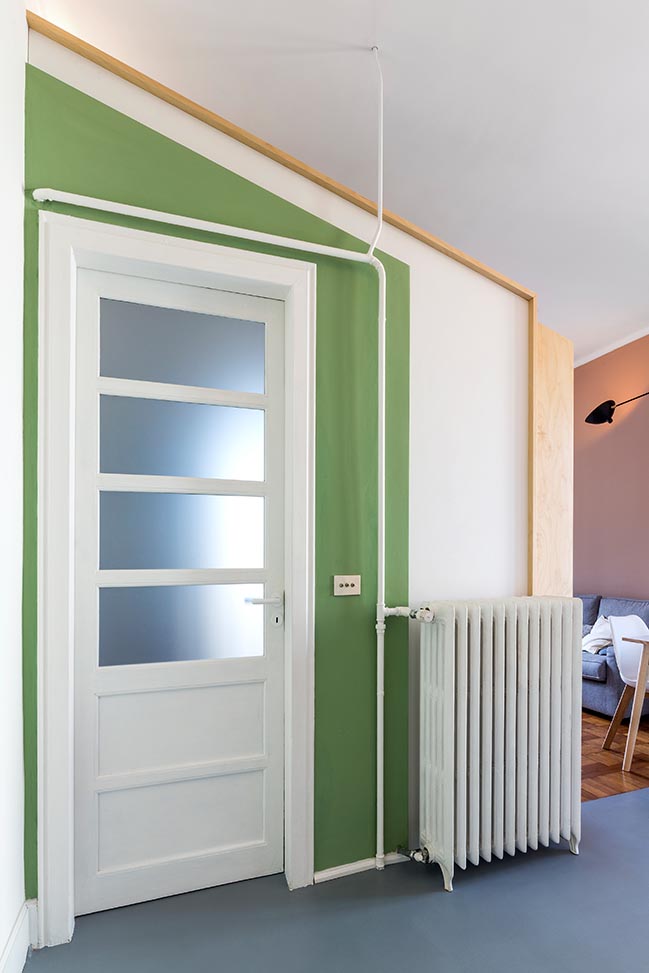 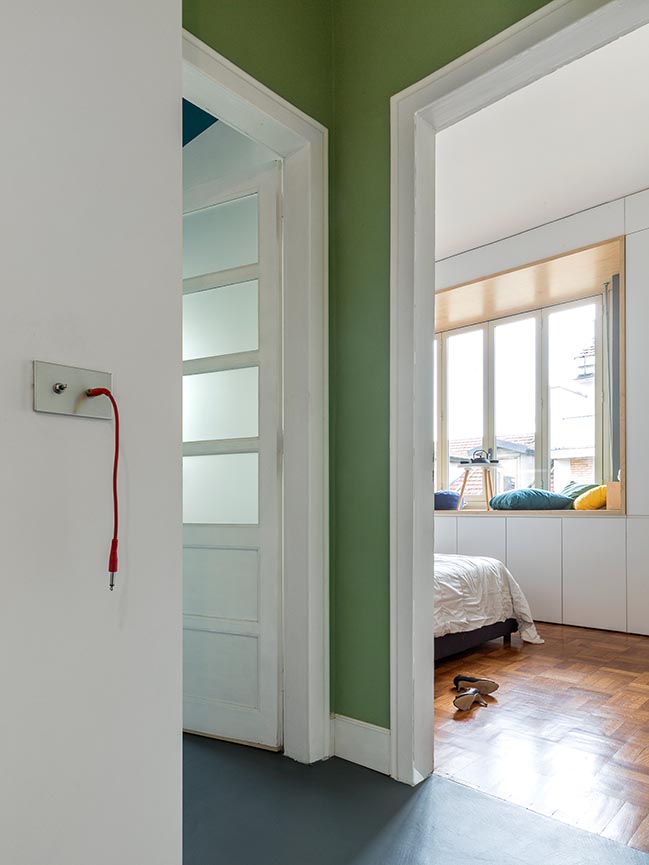 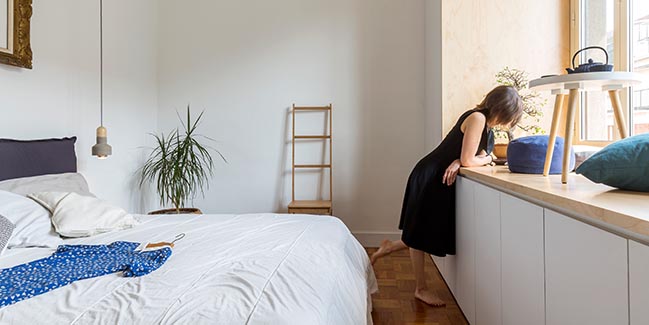 YOU MAY ALSO LIKE: Italian Balloon Frame by BLAARCHITETTURA 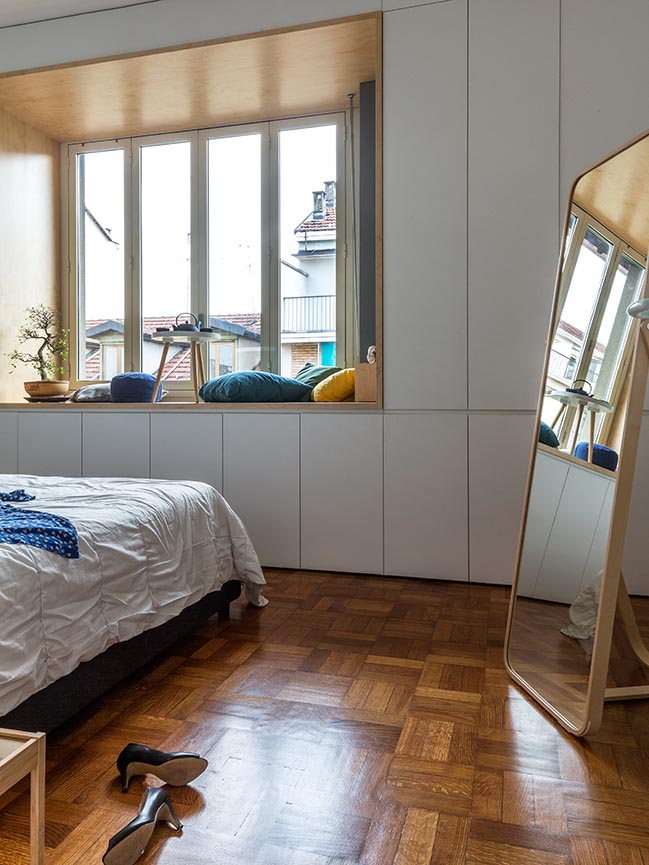 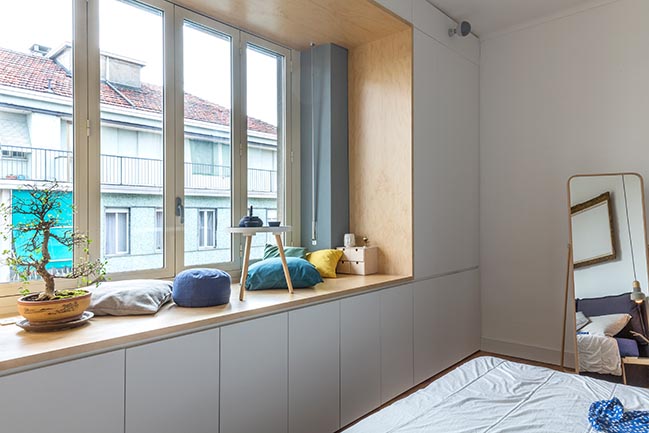 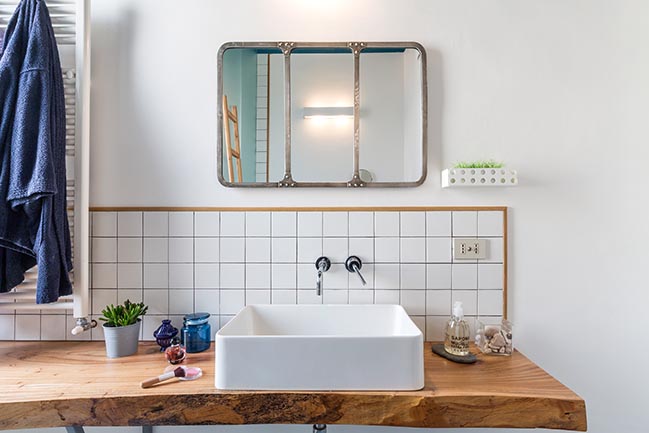 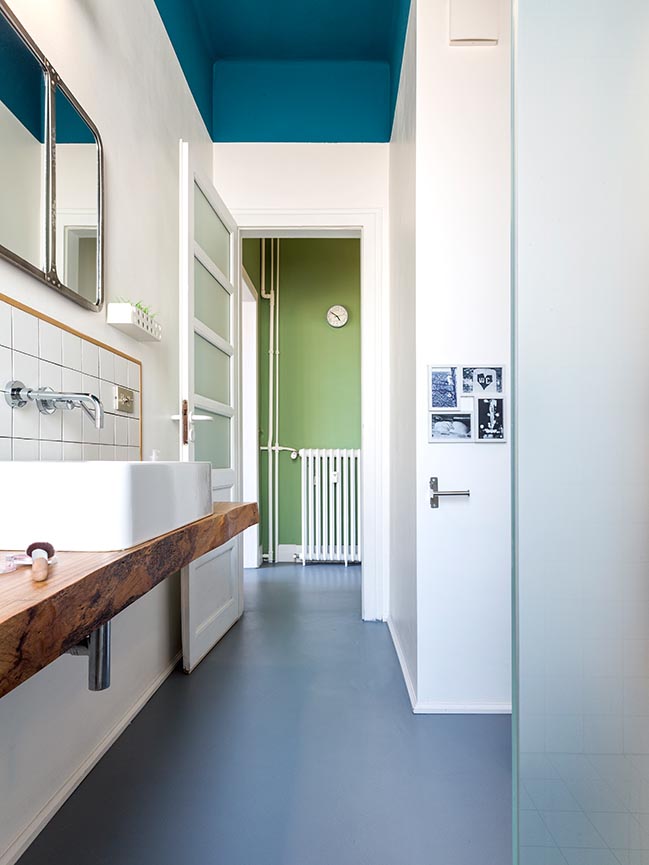 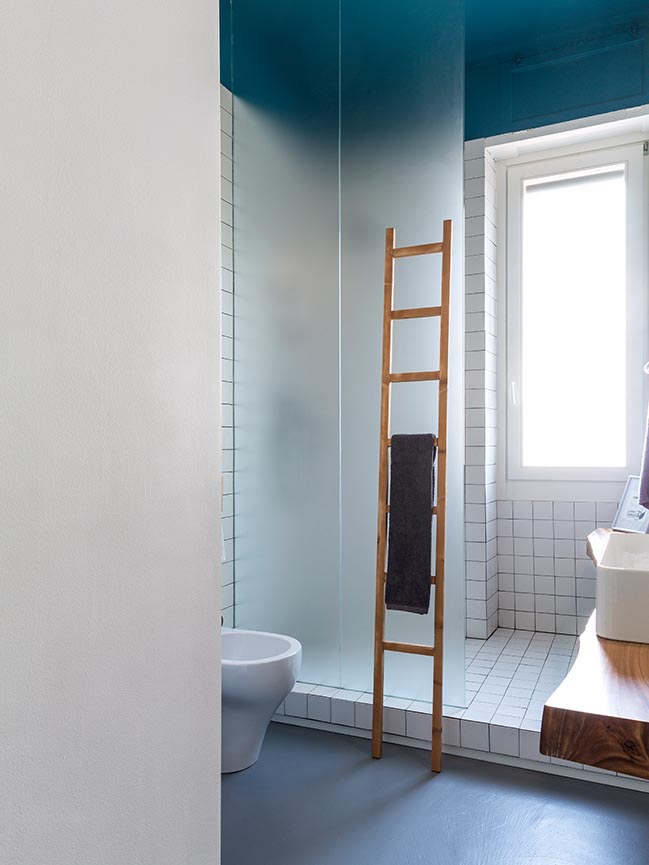 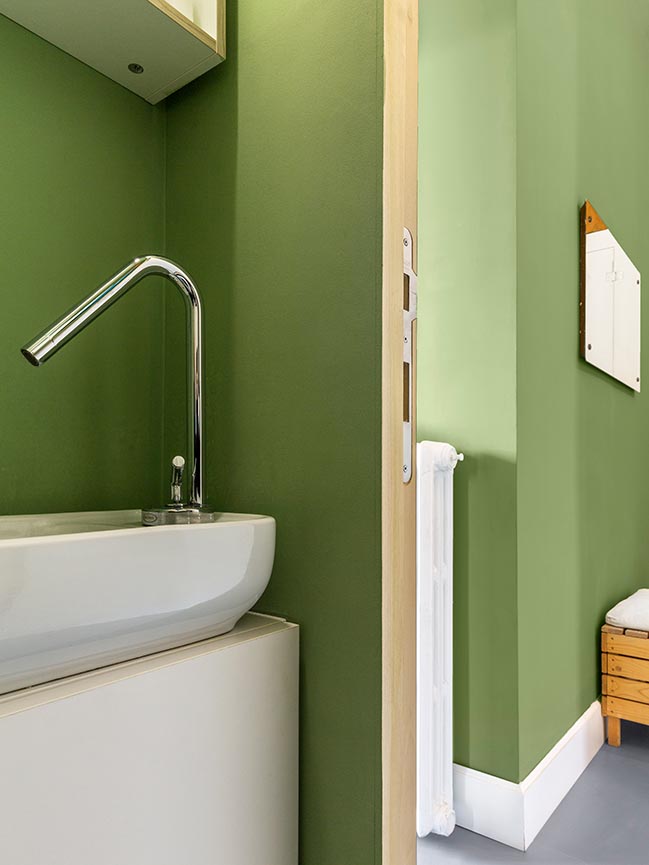 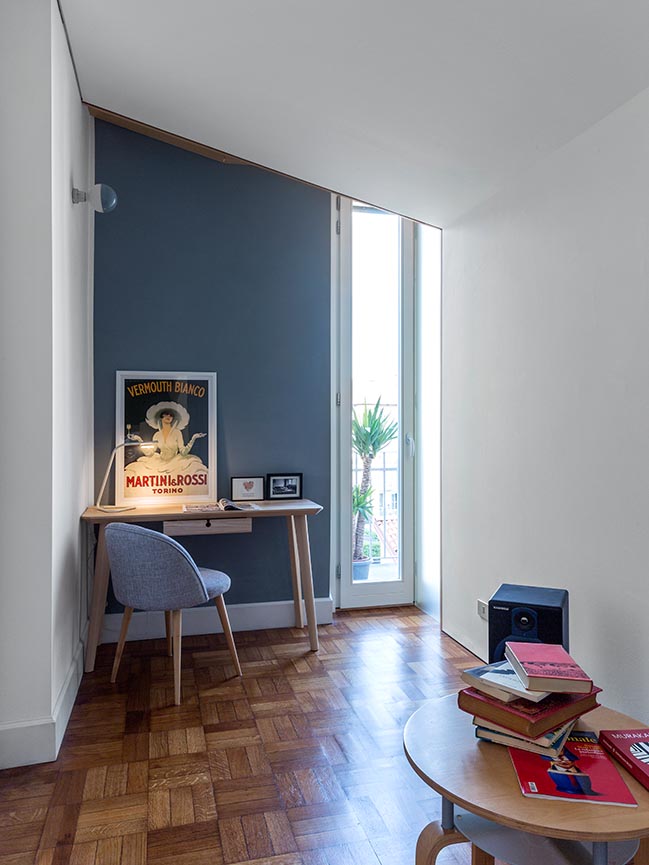 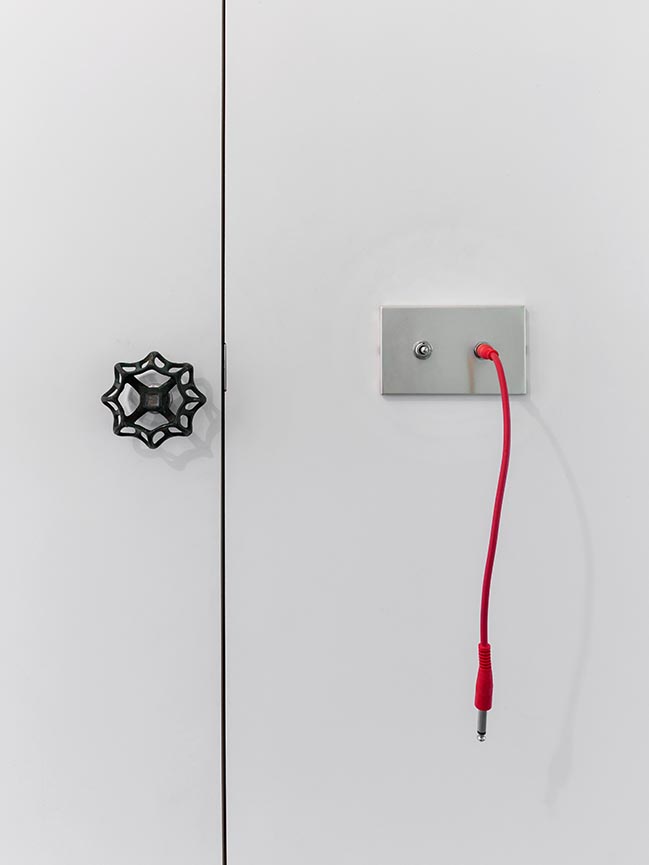 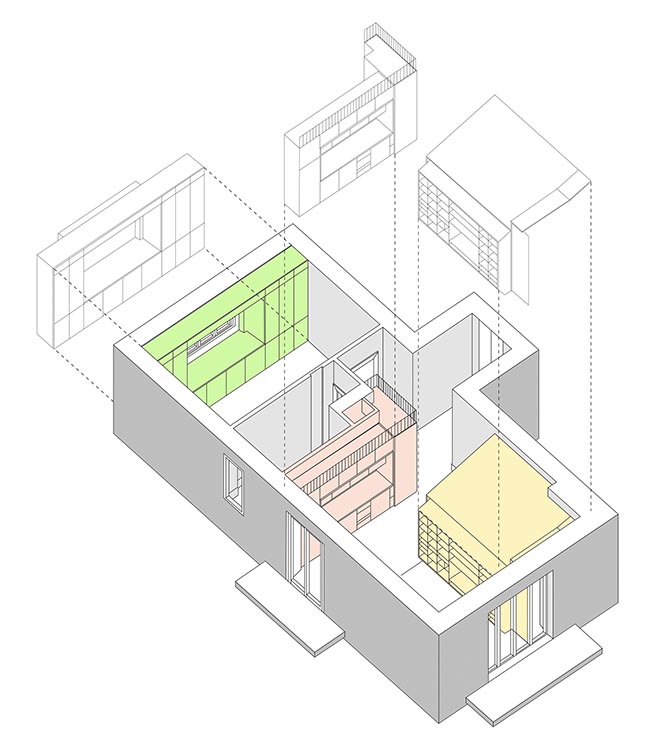 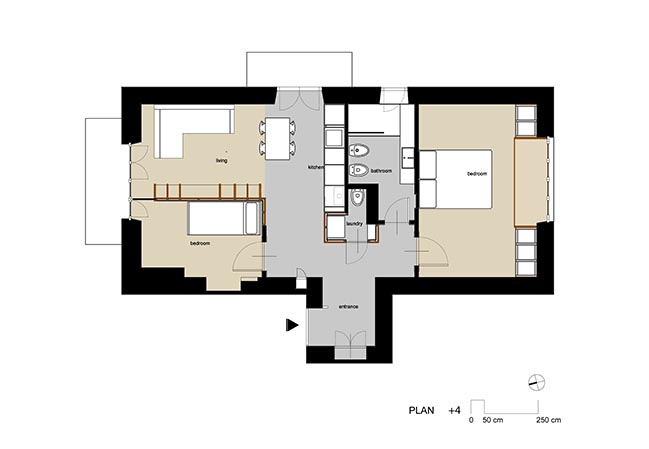 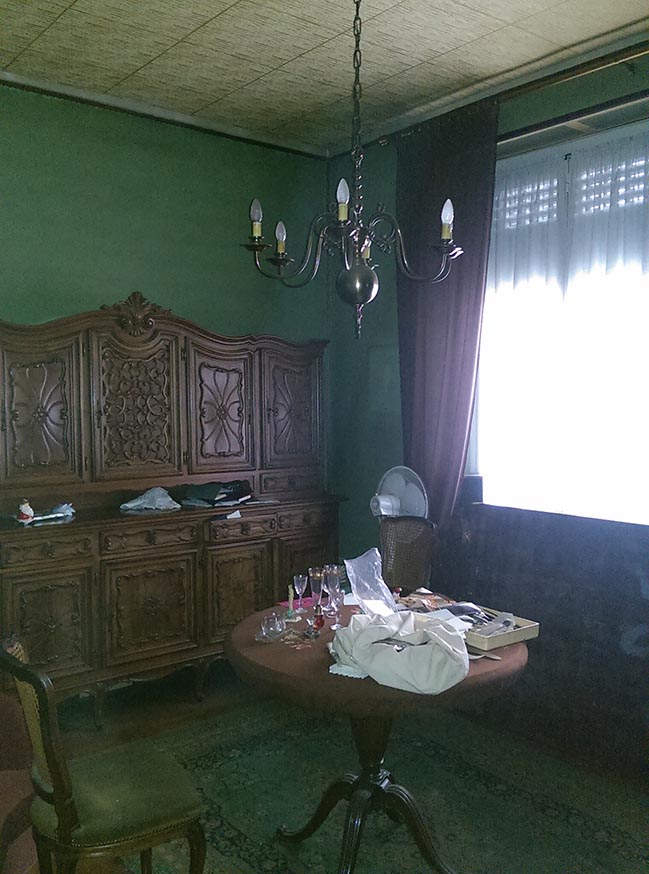 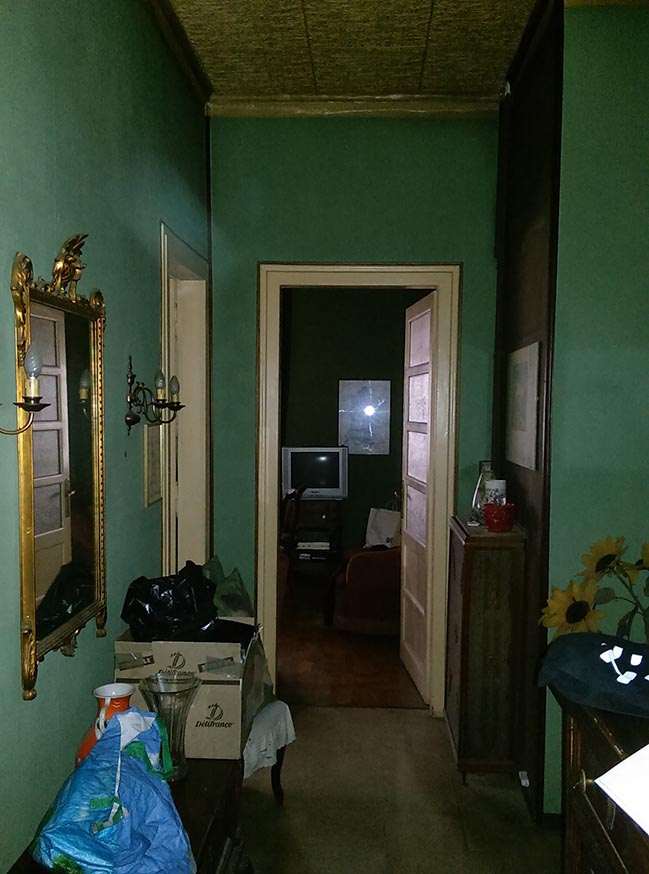 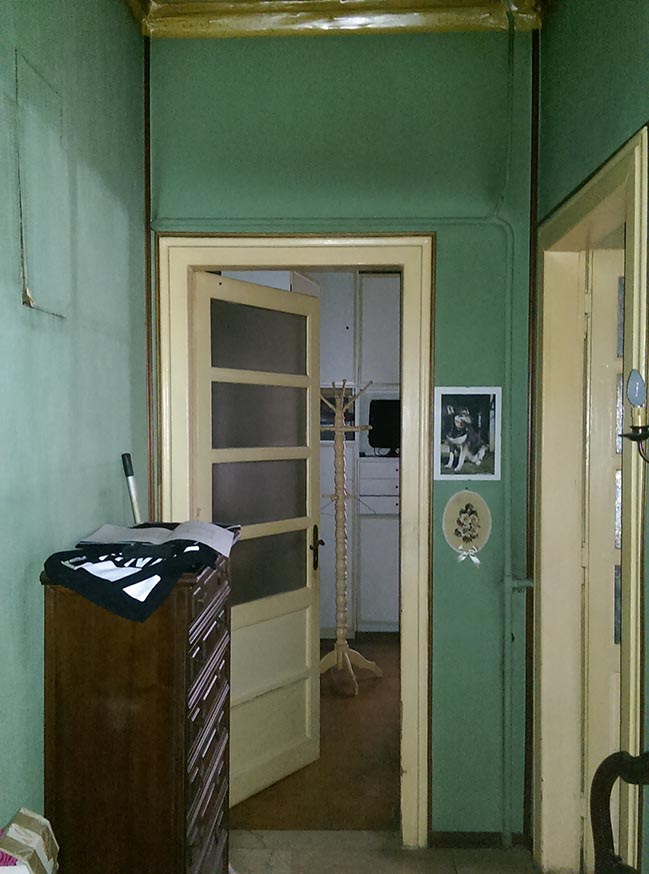 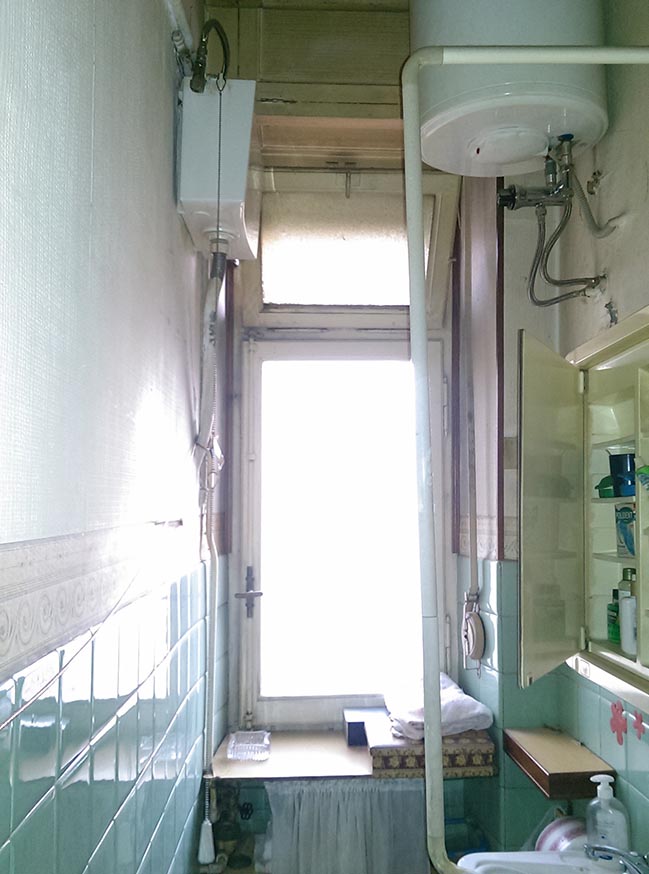 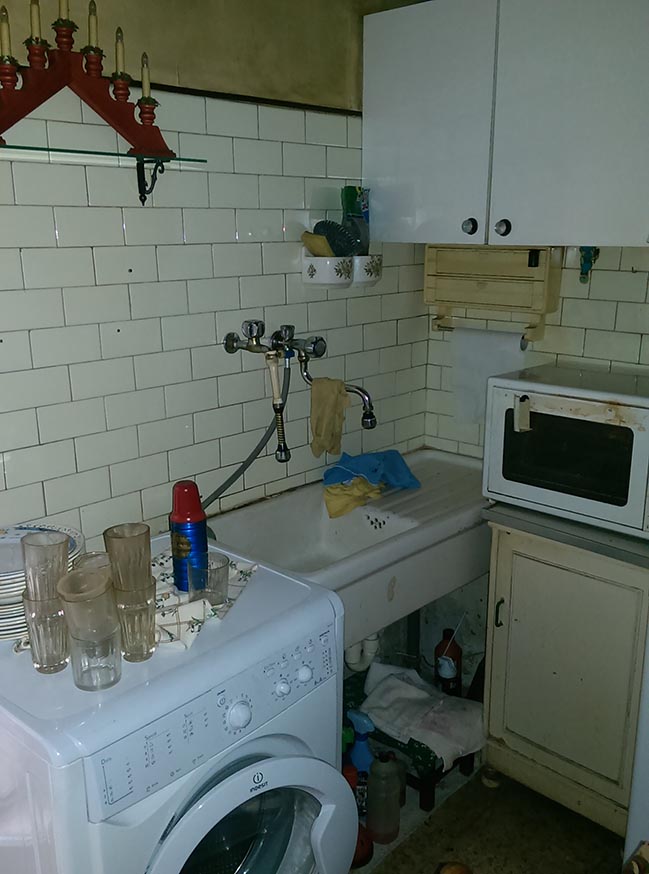 03 / 08 / 2019 Before and After - The apartment is a unit on the fourth floor of a '30s building, located in the San Salvario district. The three-sided exposure makes the apartment very bright...