Promised Land is a luxury villa that was designed by Bates Masi Architects for a family in Amagansett who have a passion for being on the water. 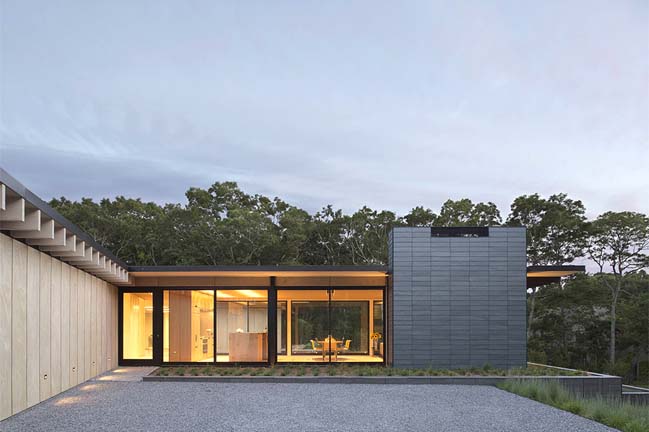 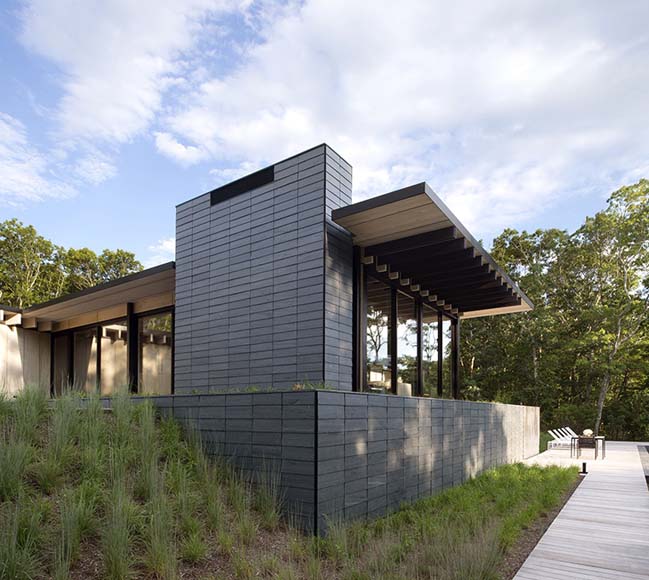 According to the architects: Their interests (wind surfing, kite boarding, and sailing) share a common thread of dependence on the wind. Whether relaxing at home or on a nearby beach, the owners are constantly searching for cues that the environmental conditions are optimal to get on the water. 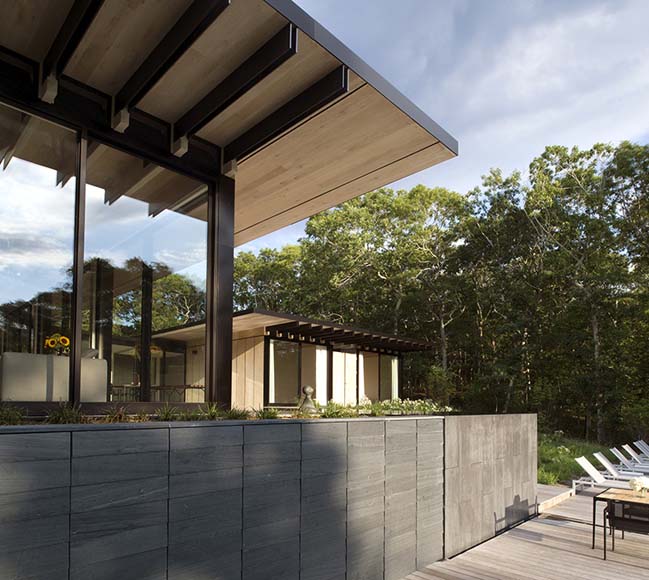 In researching weather data for this site, it was discovered that the predominant origin of the wind was from the west. This created an excellent opportunity to utilize the wind as a primary driver for organizing space and to treat the architecture as a canvas indicating its conditions. 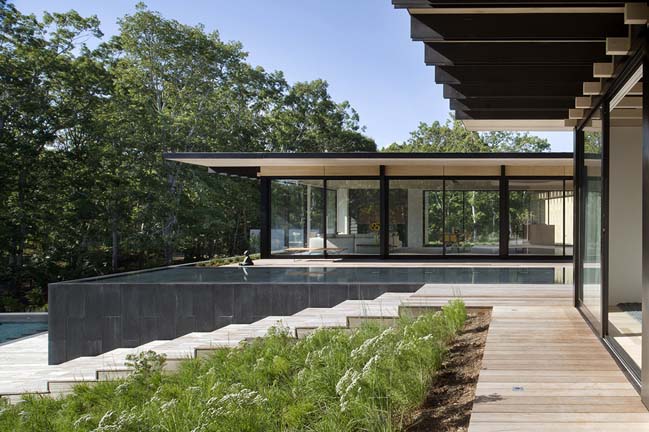 With a bias toward the wind, the program is organized about an east-west axis that divides the public and private wings. This axis is carried through the entire site, carving a narrow clearing through the forest that channels the wind while large sliding glass doors surrounding living spaces admit the breeze into the house. The two wings are connected only by a circulation bridge, which can be completely opened to allow the wind to flow through the site without interruption. In parallel with the axis, and located between the two wings, is a reflecting pool, which acts as a barometer for displaying the status of the wind. As the sun rotates around the house, it bounces off the rippled surface of the water and projects the character of the wind onto the ceilings of adjacent spaces. 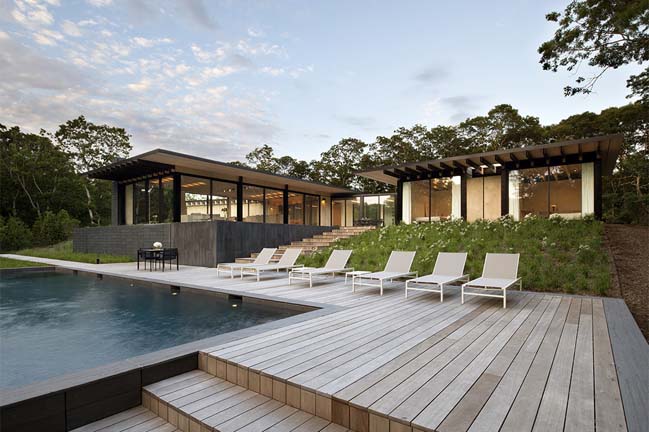 The structural system is a series of exposed glulam wood beams running east-west with venting panels between each beam at the perimeter. To achieve large spans, the beams are joined by steel flitch plates that create a void for light fixtures. These same flitch plates also cantilever from the beams to support the thin profile roof that extends from all sides of the house. Together, these elements create a holistic system that reinforces the role of the architecture. The overhangs capture the wind, directing it through the venting panels and along the beams like a wind tunnel. 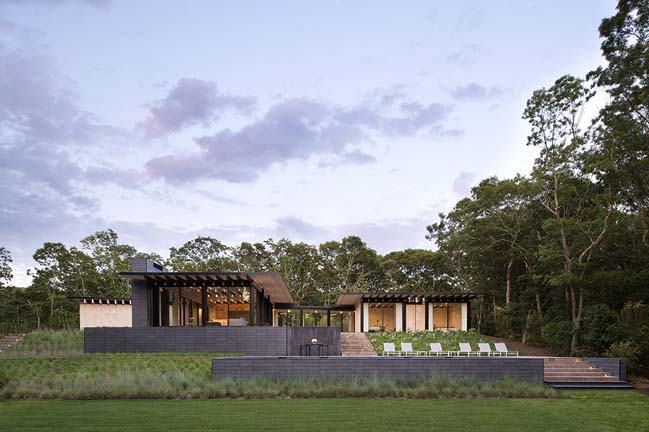 With the utilization of wind comes the opportunity for the landscape to contribute to the experiences of the house. Lavender, mint and other aromatic plants were introduced to the windward side of the property. As it traverse through the site, the wind picks up scents along the way and carries them into the spaces. 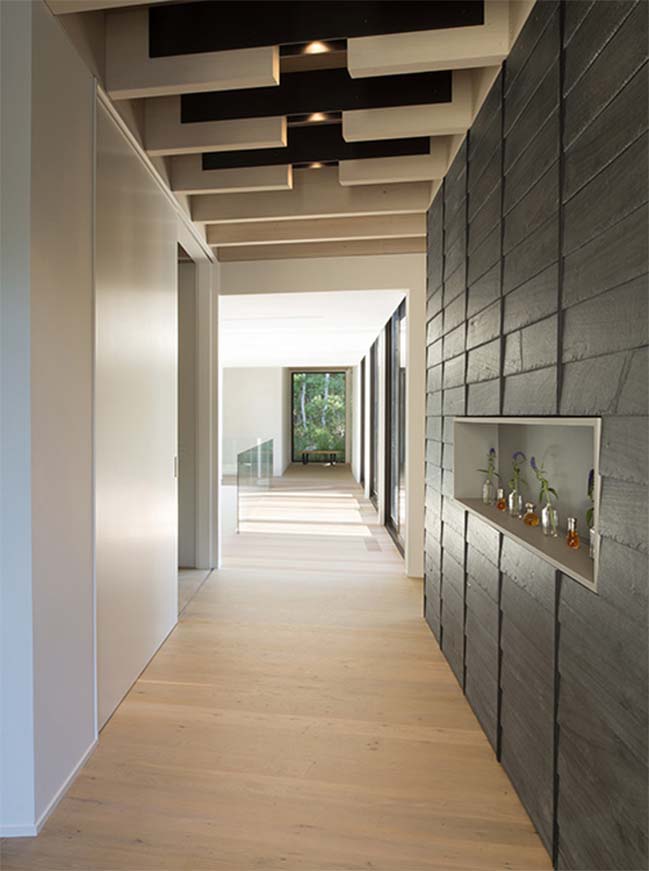 Acting as a tool for highlighting environmental information, the architecture is dependent on the context. However, without the unique interests of its inhabitants this information is not useful. Because of their interdependent relationship, both place and lifestyle are enriched in a single gesture. 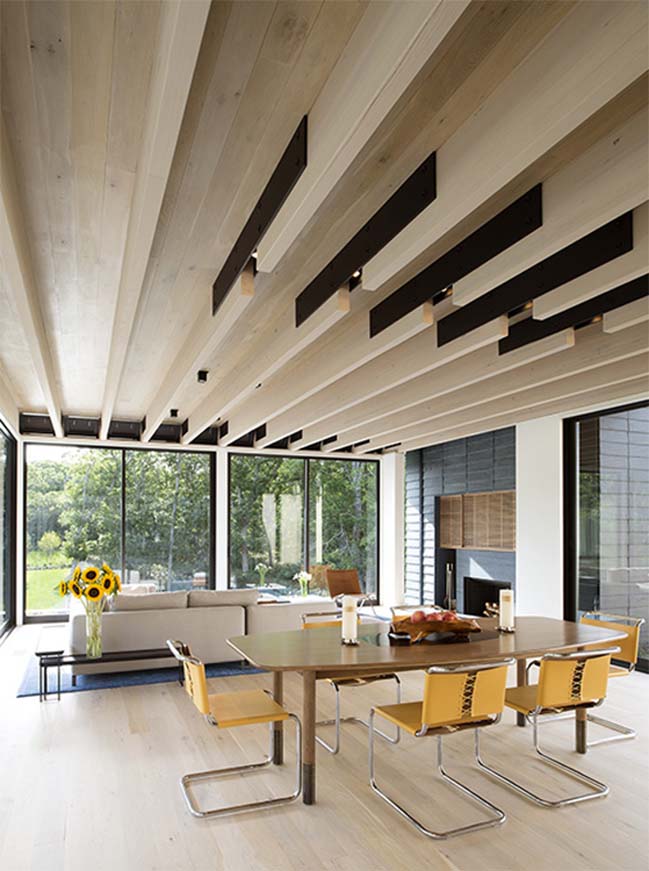 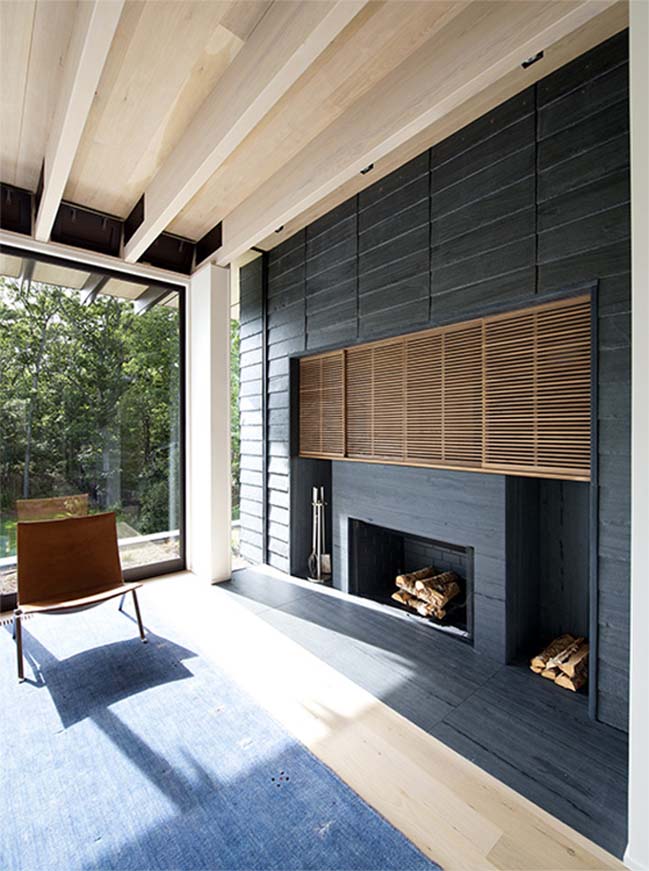 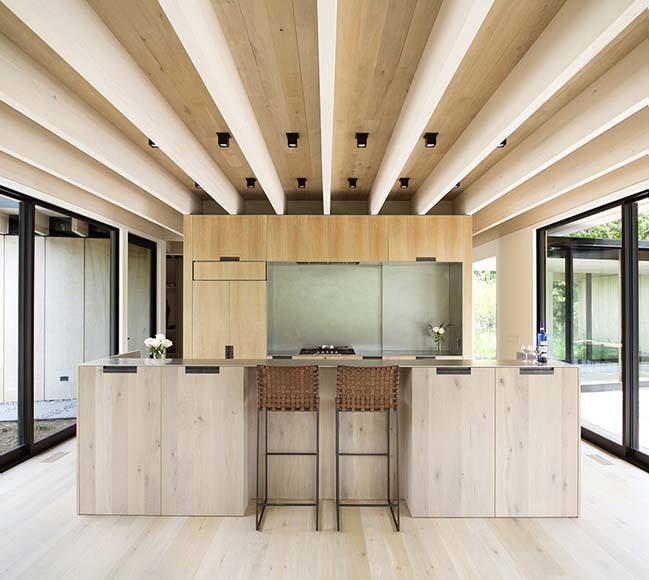 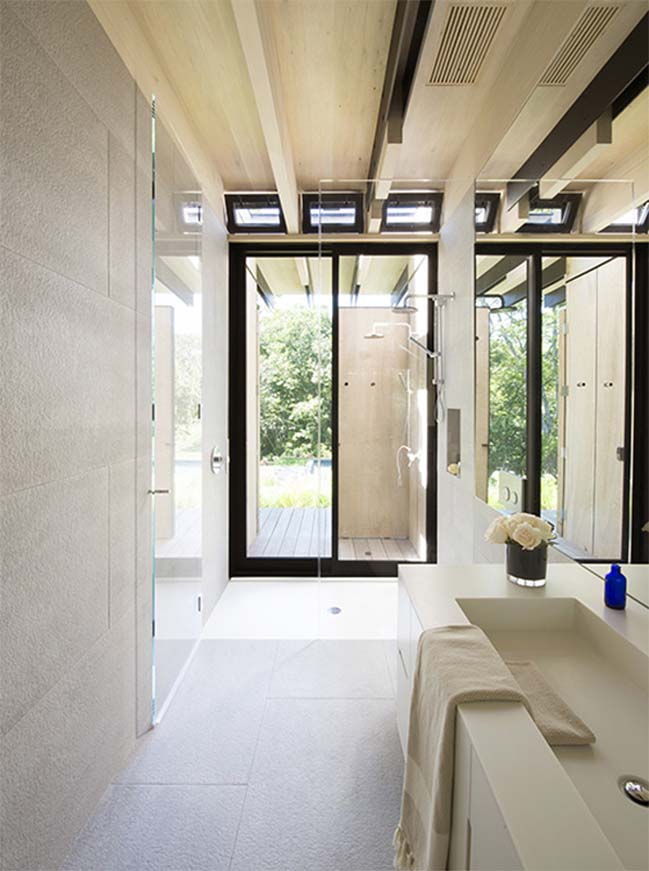 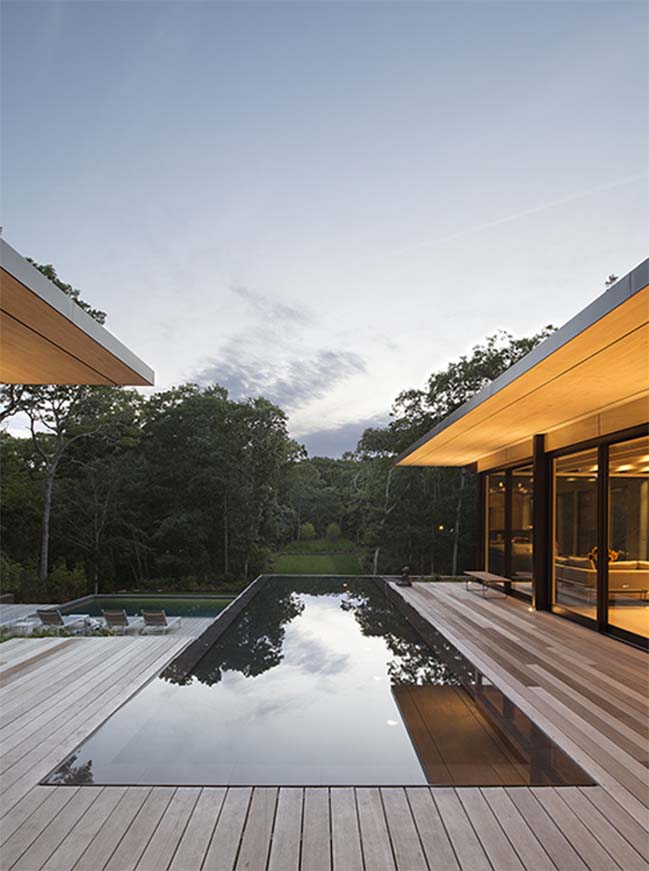 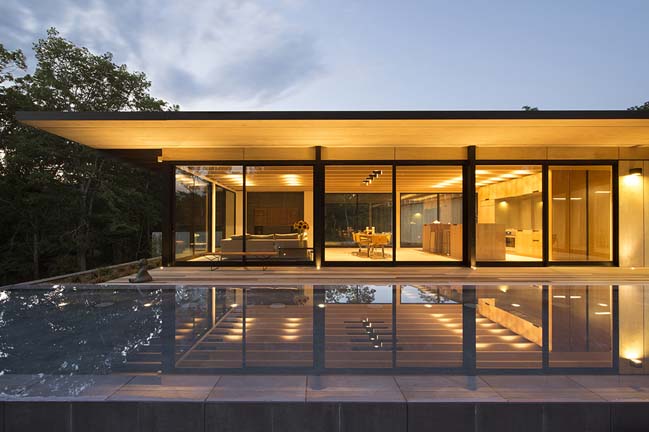