A reconstruction of an apartment from the 60’s, located in old center of Sofia. Interior is aimed to resonate with the character of the building. 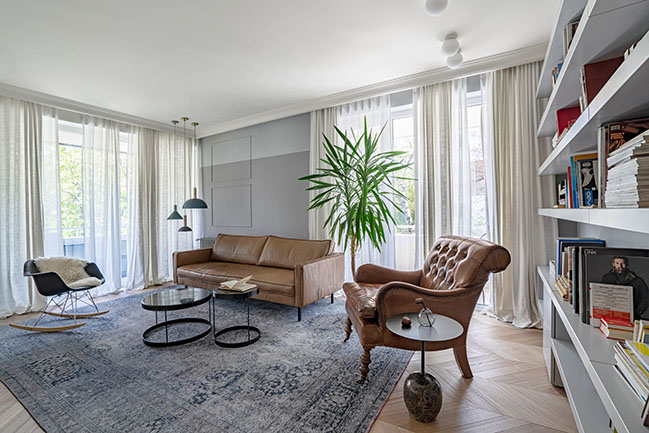 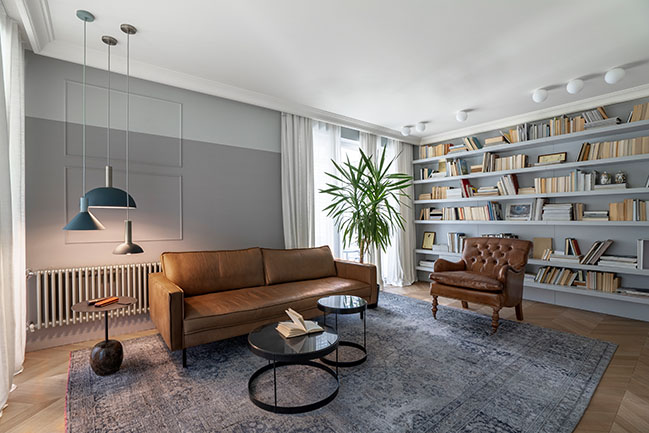 From the architect: This project began with an old apartment, consisting of five separate rooms, an entrance hall, kitchen, bathroom with toilette and three balconies. Each room was relatively small, but overlooking charming green areas. 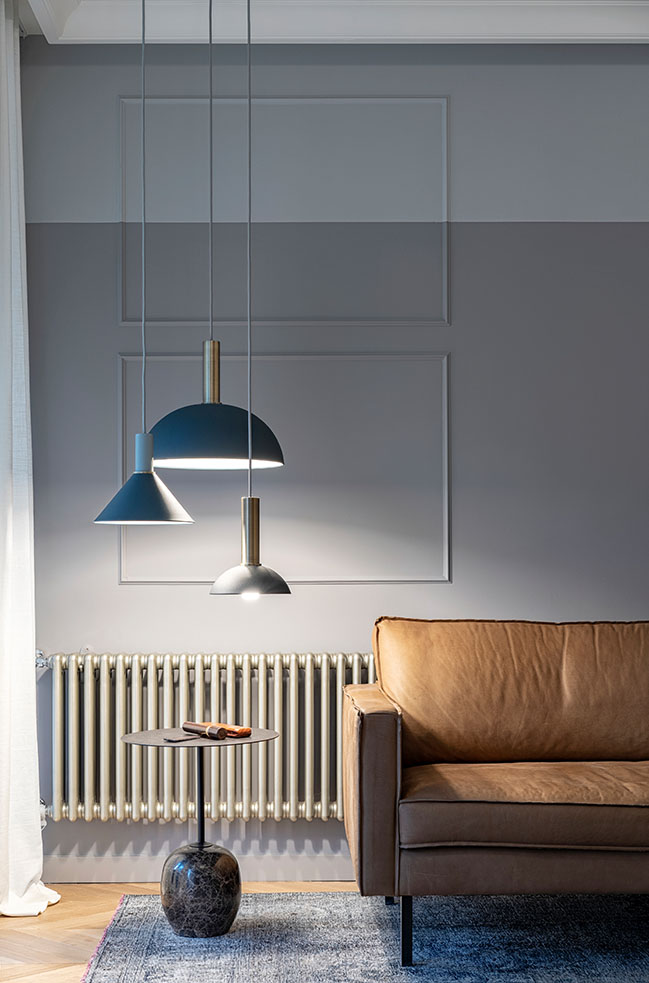 New owners are an elderly couple with a dream of living in a spacious home. Our proposal was to marge as much rooms as possible to provide them with this space. Therefor we divide the apartment in two main functional areas – day and night. 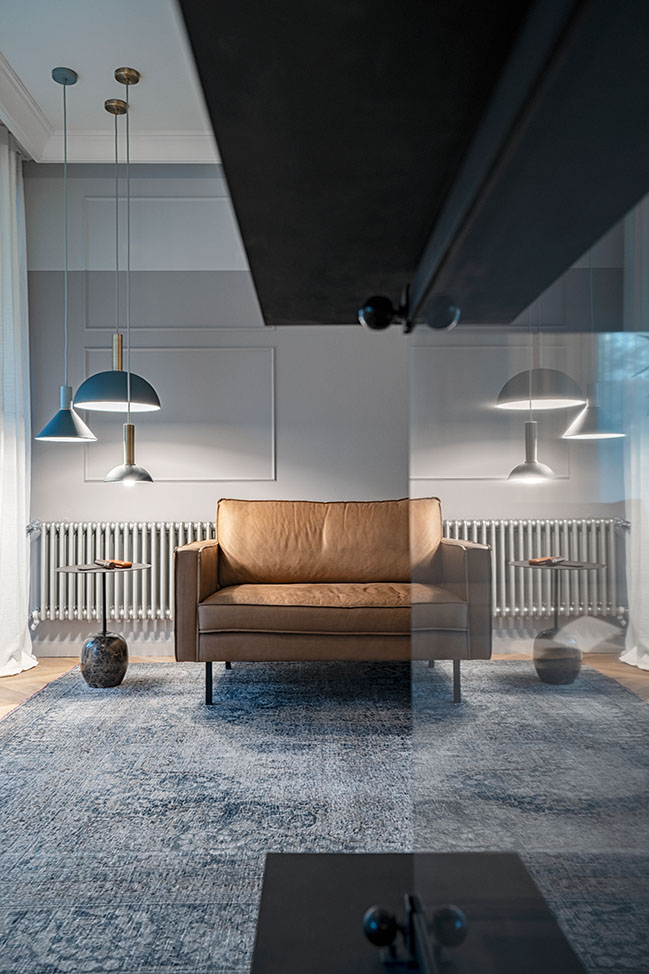 Entrance hall, kitchen, living and dining room become open plan day-area with a separate guest toilette. A new three-sided custom made fireplace and a wardrobe with mirror-paneling are added to separate different functions of the room. 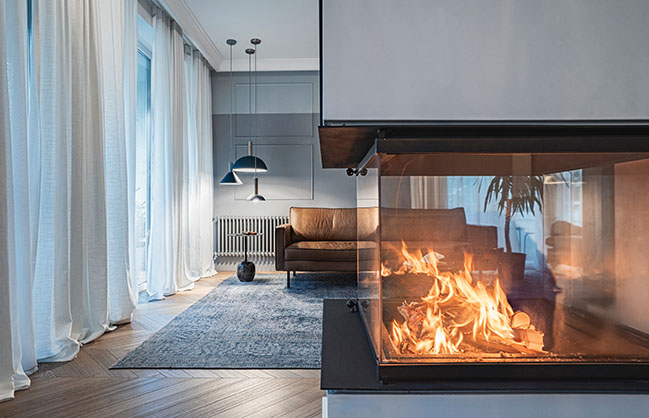 Small hall, hidden behind a sliding door leads to the night-area, consisting of two bedrooms and bathroom with toilette. The main bedroom is planed on place of two of the old rooms, one of which is turned into a dressing room. We also joined a balcony to the guest bedroom in order to create the room as spacious as possible. 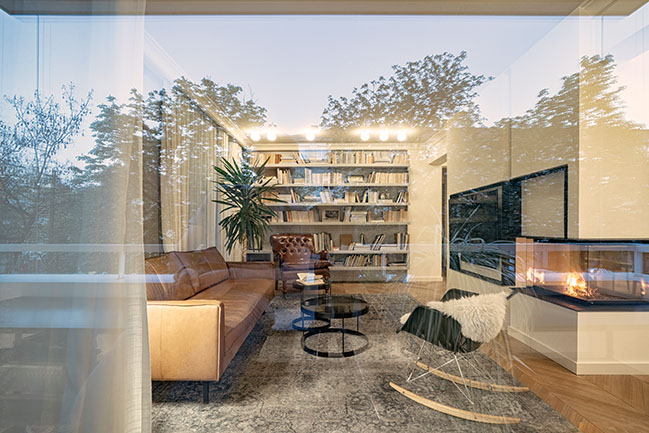 Characteristic element in the interior is the two-color finish with decorative frames on walls and coating and the combination of old and new furniture, which are aimed to represent an aesthetics which matches the building and the character of the new owners. 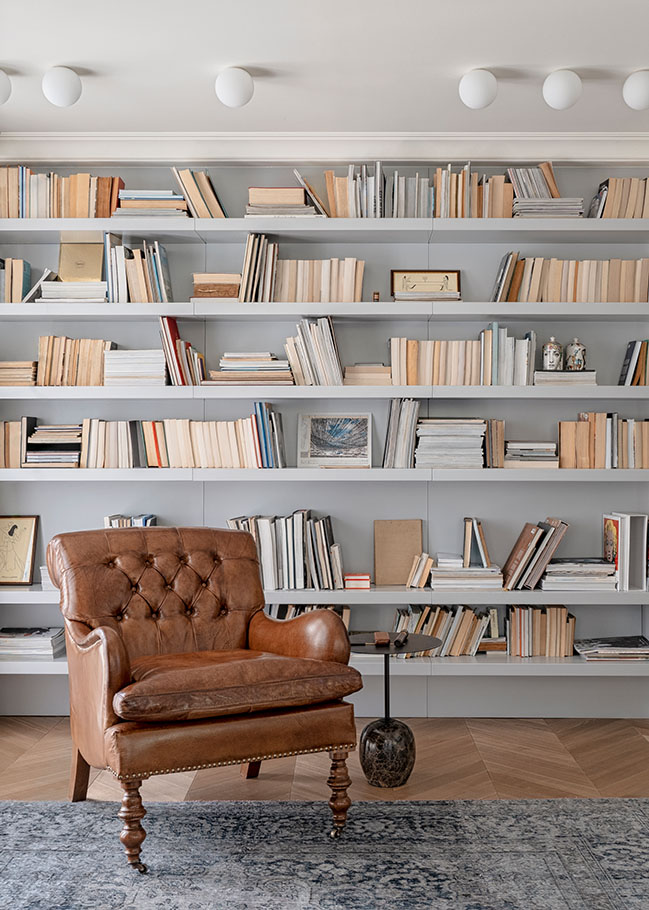 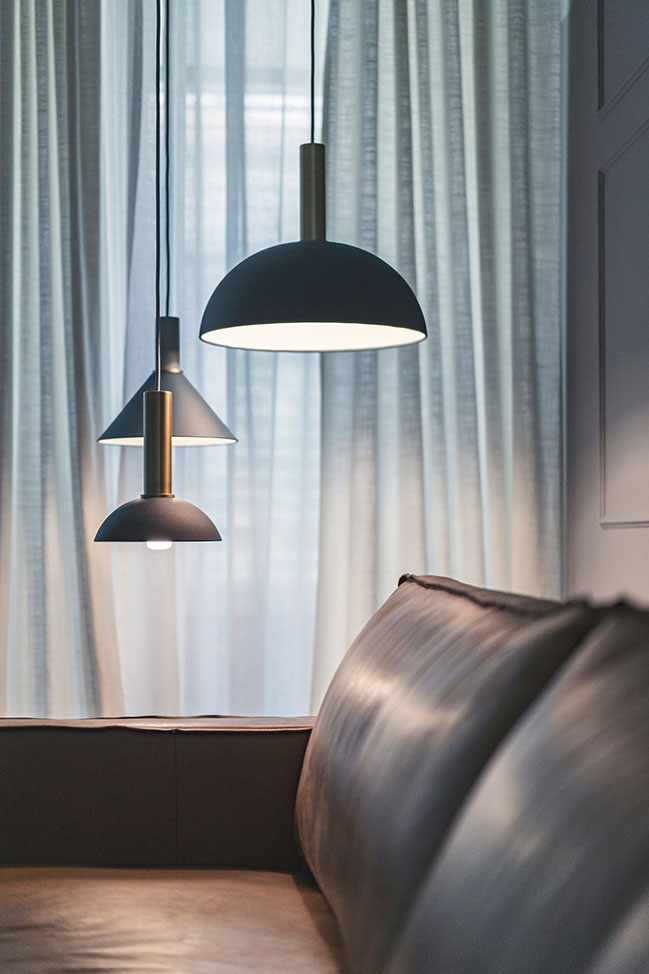 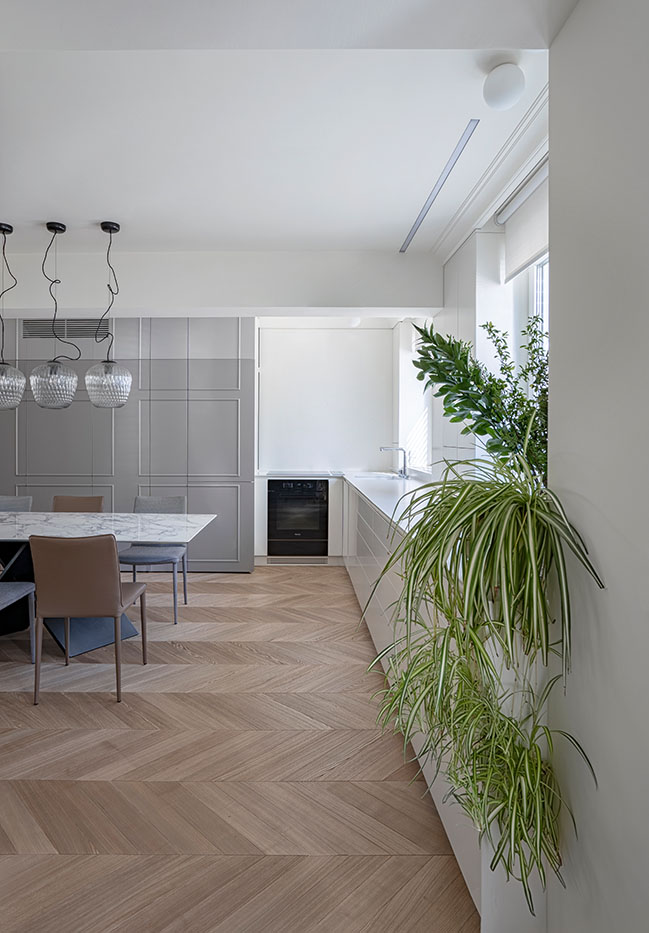 YOU MAY ALSO LIKE: M19 - A dwelling for a young family with a child by Hush Architects 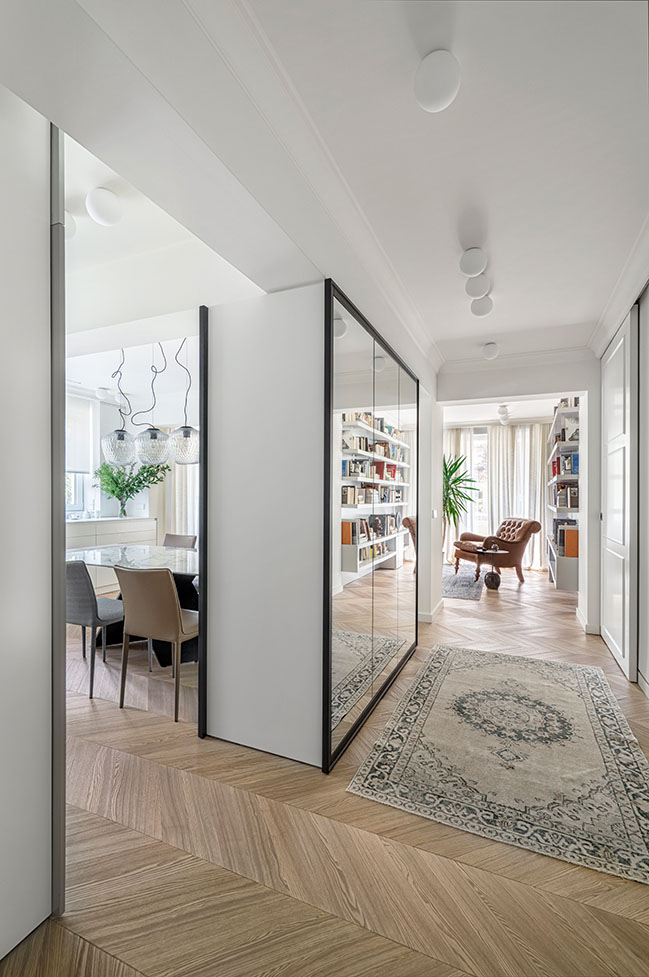 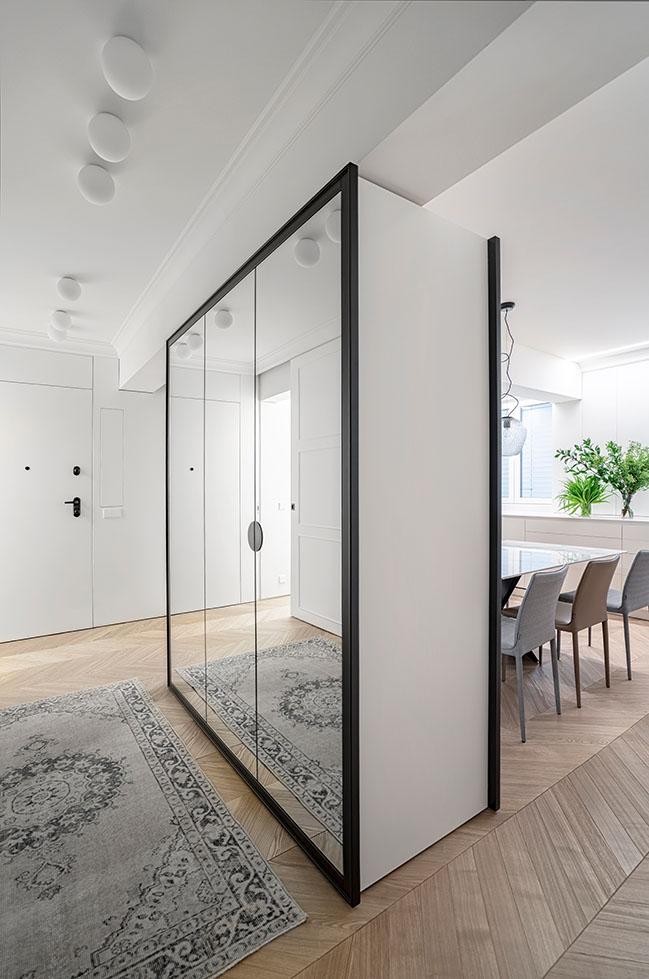 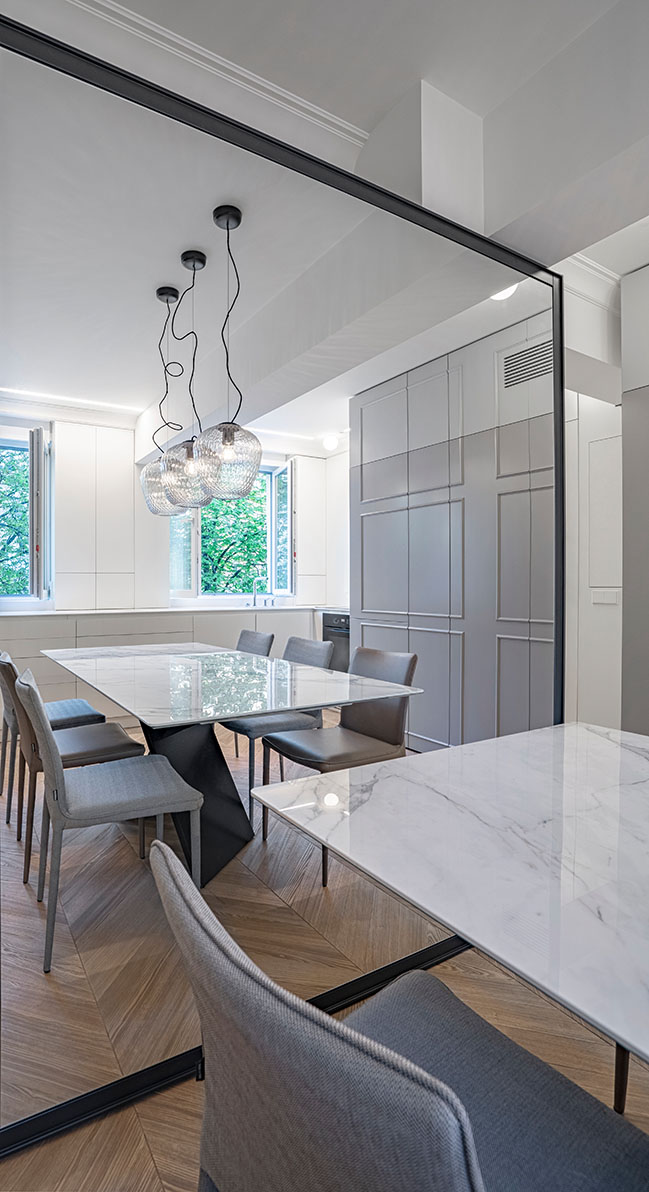 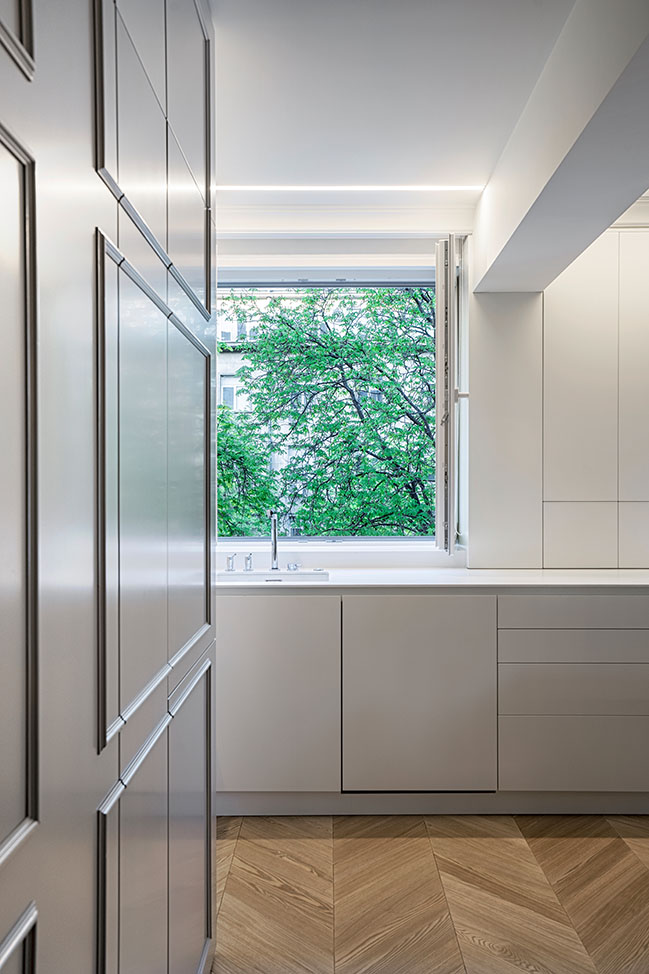 YOU MAY ALSO LIKE: Apartment in Sofia by Simple Architecture 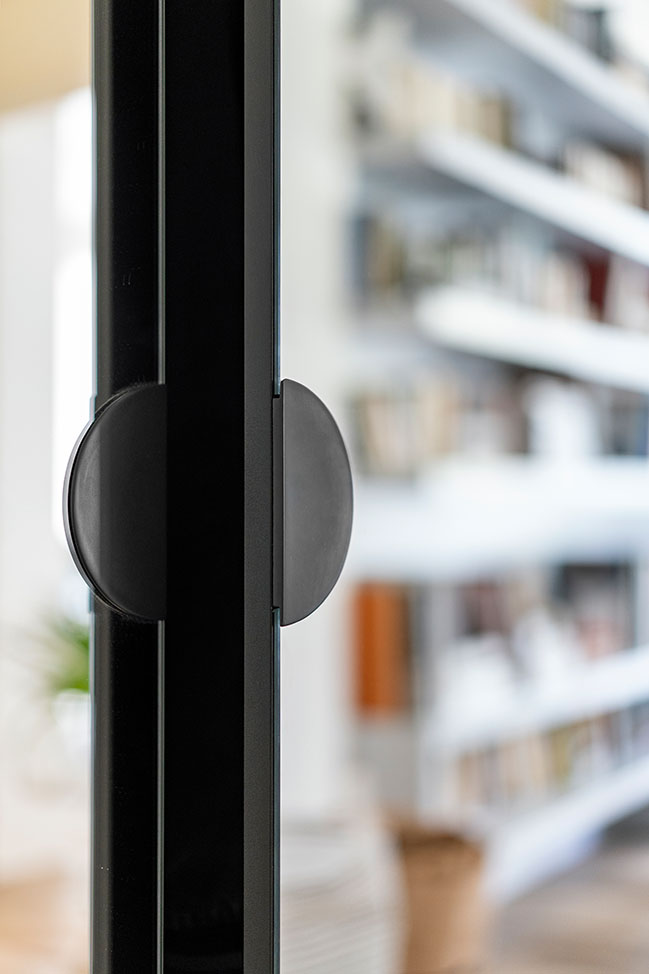 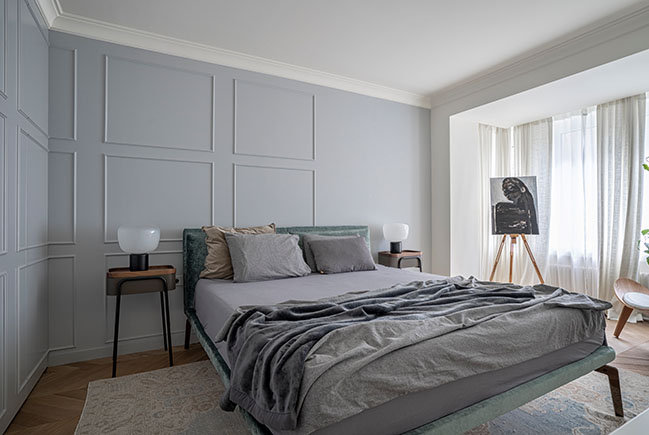 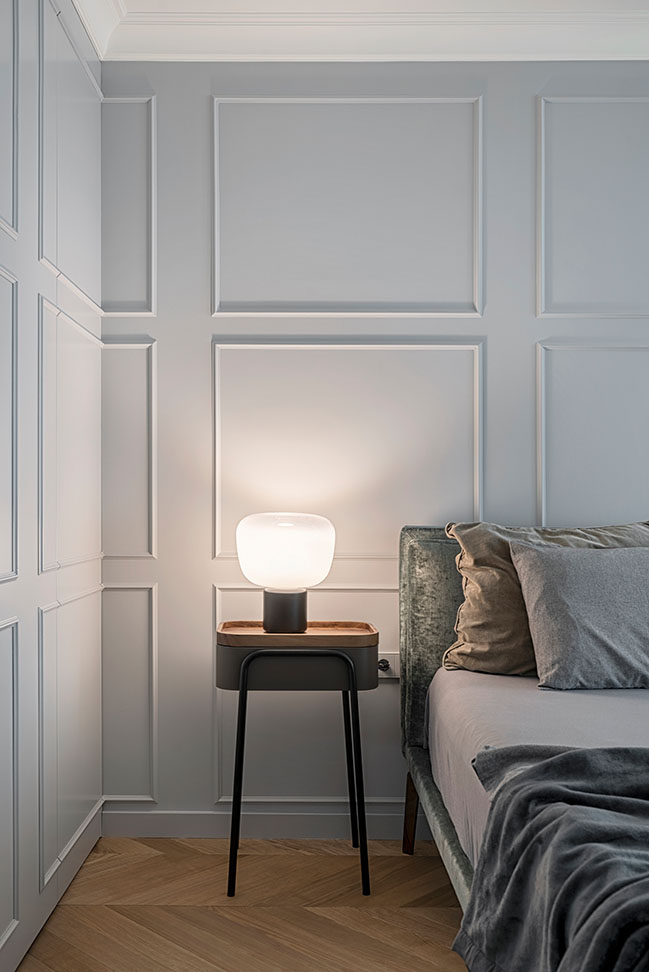 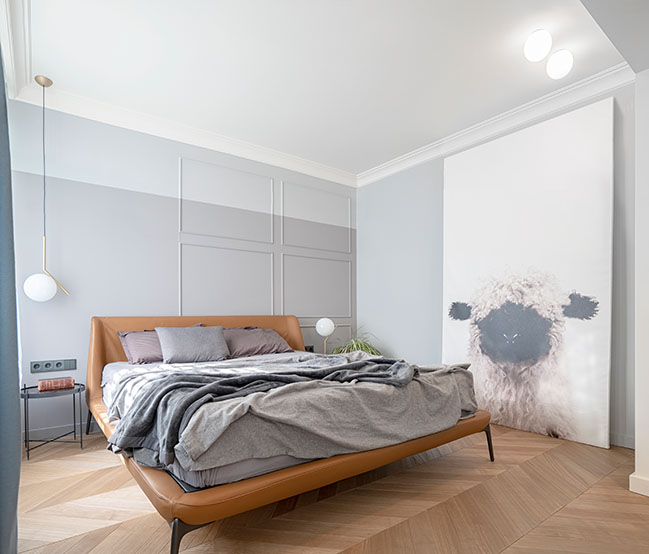 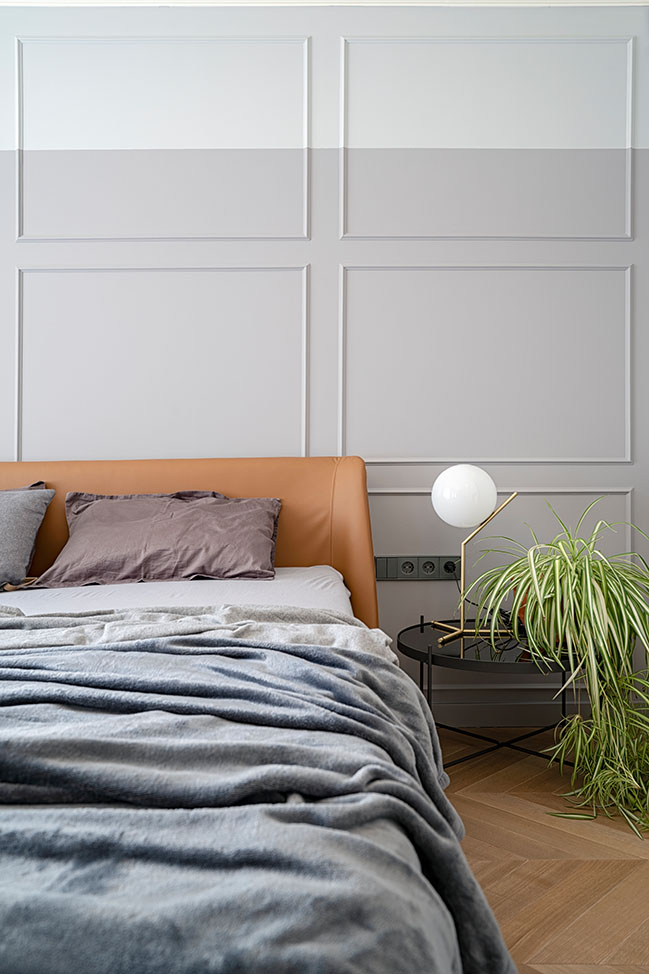 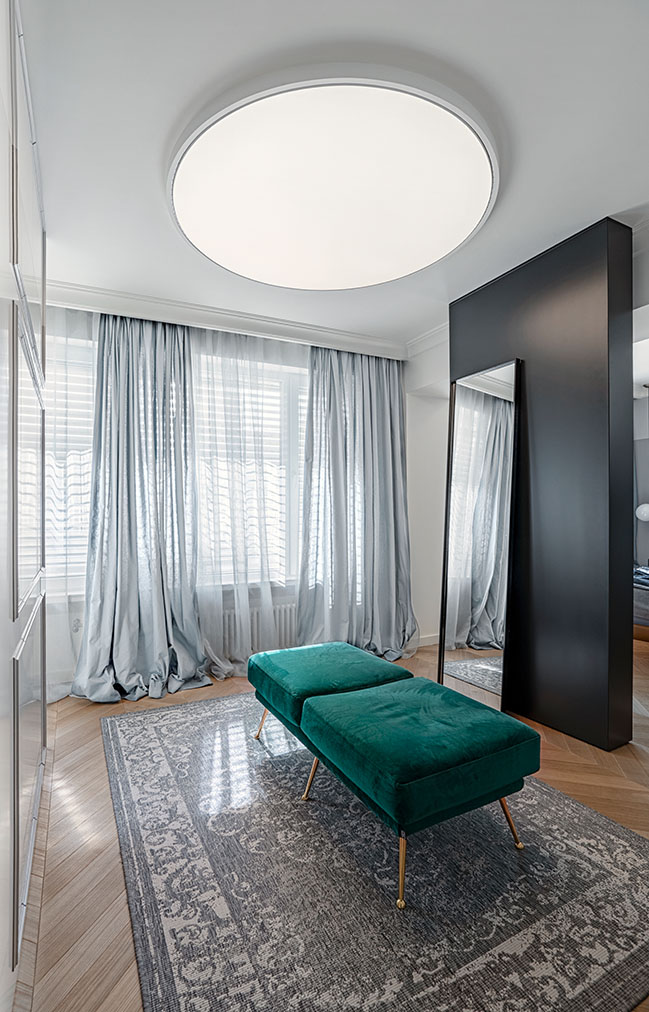 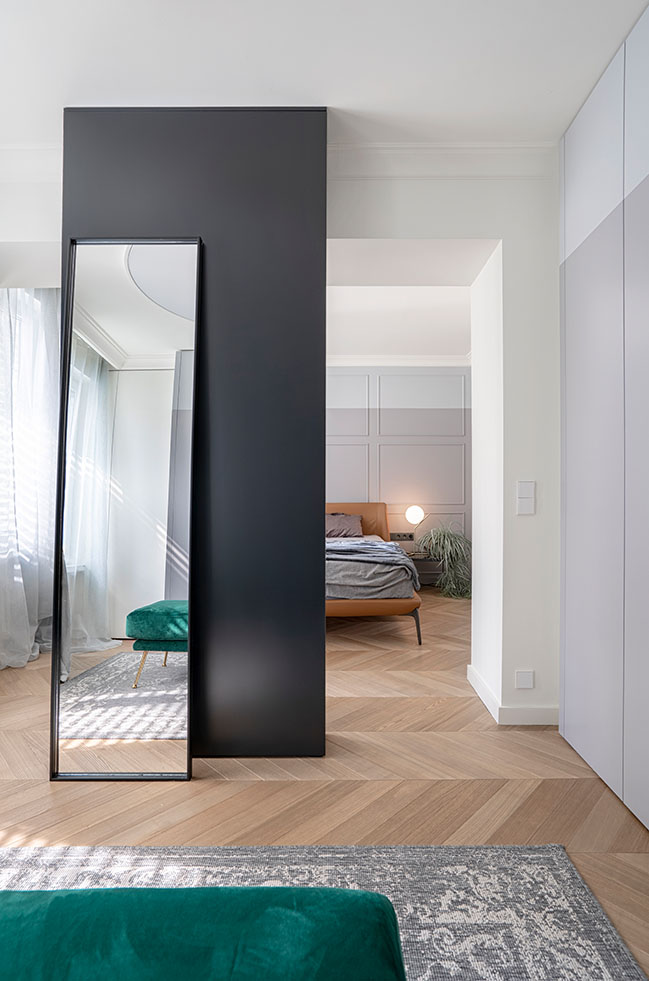 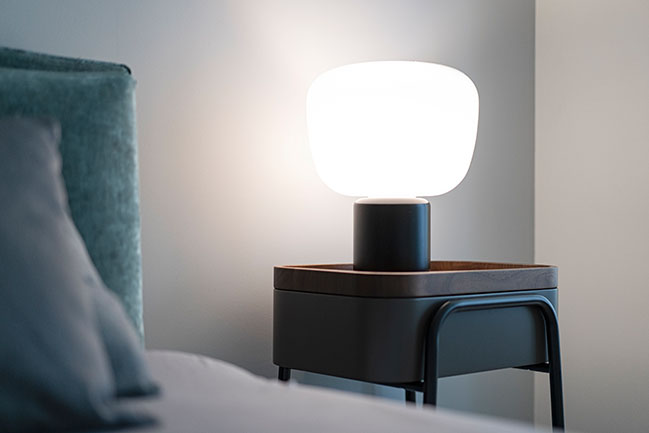 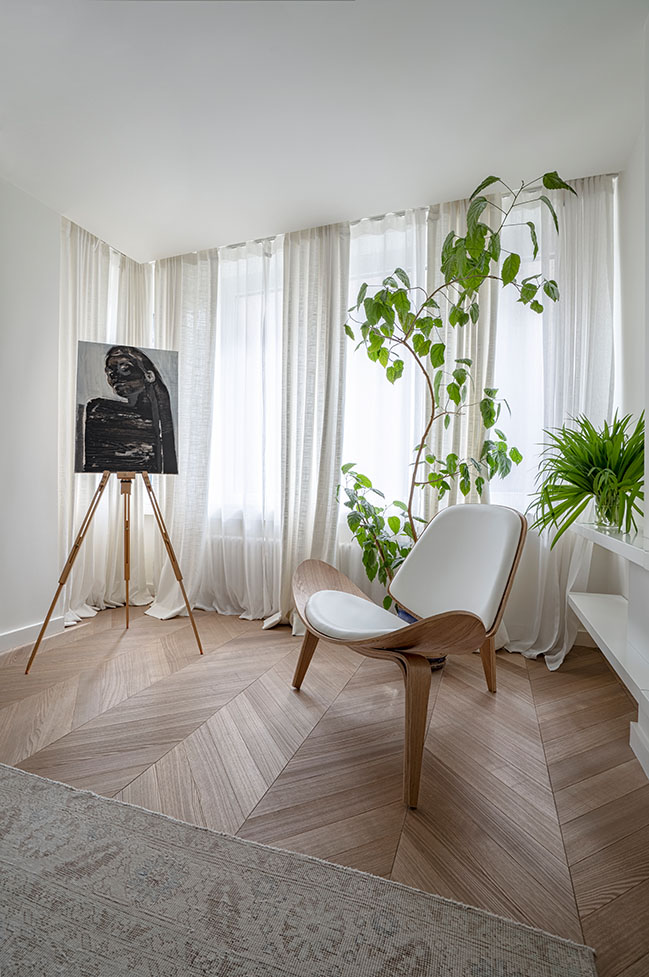 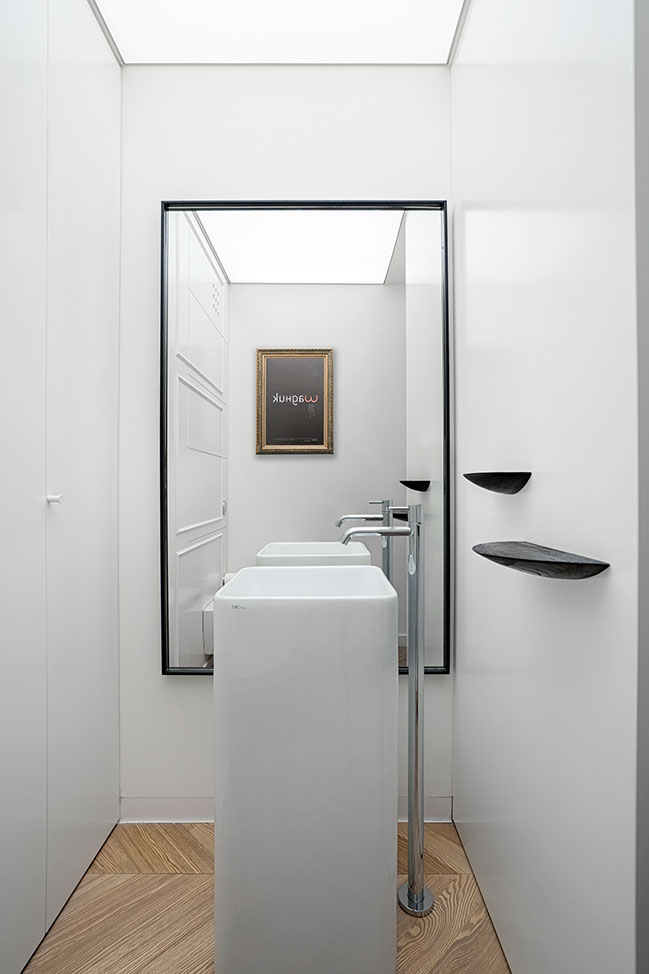 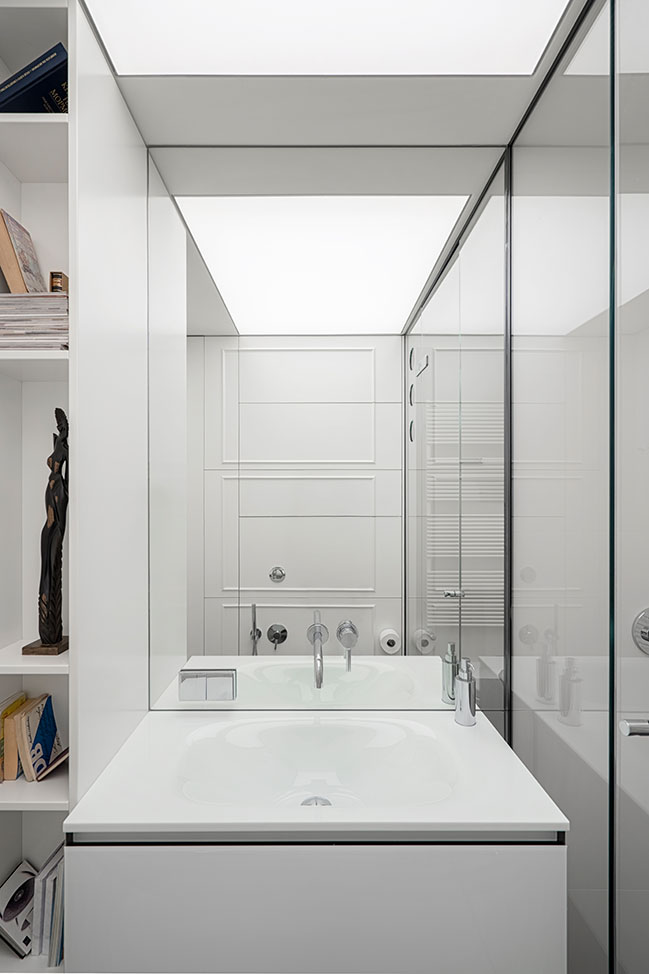 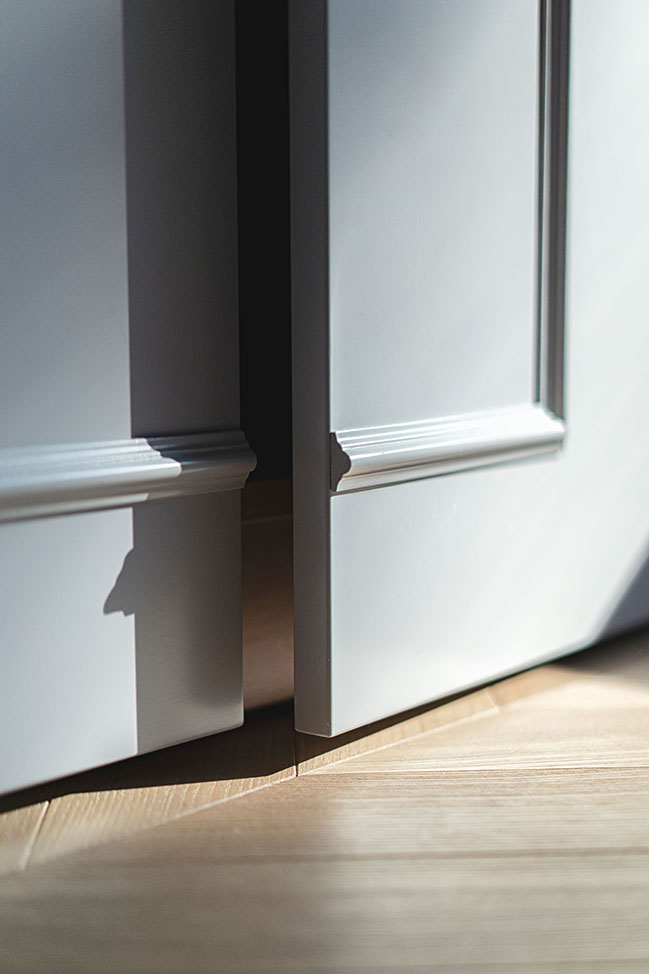 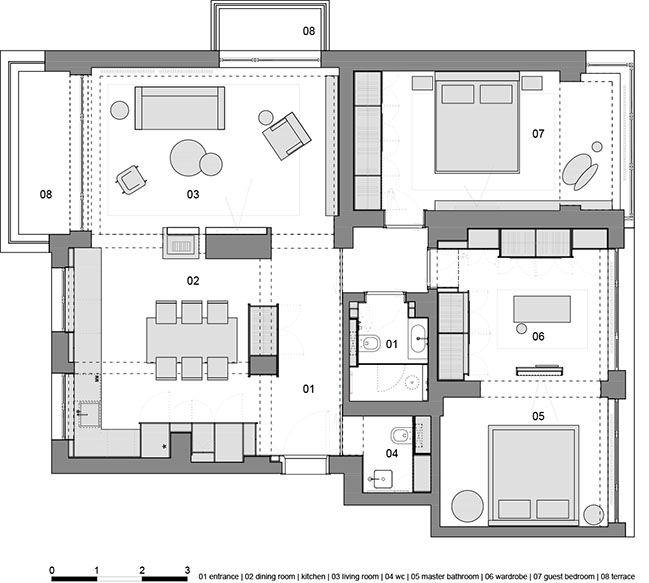 10 / 27 / 2019 A reconstruction of an apartment from the 60's, located in old center of Sofia. Interior is aimed to resonate with the character of the building...