International design and innovation office CRA-Carlo Ratti Associati, in partnership with global energy company Eni, has developed an experimental Circular Juice Bar that uses oranges to make bioplastic, turns it into filament, and 3D prints disposable cups to drink the freshly-squeezed juice. Called “Feel the Peel”, the prototype is starting a tour of public places around Italy in the next few months as it strives to demonstrate a new approach to environmental circularity in daily life. 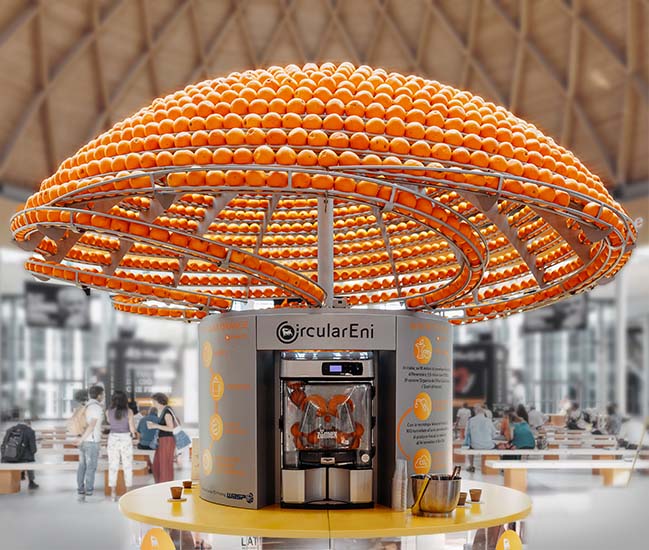 “Feel the Peel” is a 3.10-meter tall orange squeezer machine that is topped by a dome filled with 1,500 oranges. When someone orders a juice, oranges slide down into the squeezer. As each orange is cut in half, its peel falls into the lower part, where they accumulate. Through a process of drying, milling, and mixing with Polylactic Acid (PLA), peels become a bioplastic. The bioplastic is then heated and melted into a filament that is used by a 3D printer incorporated into the machine. The resulting cups can be used to drink the freshly-squeezed juice and then recycled.

“The principle of circularity is a must for today’s objects,” says Carlo Ratti, founding partner at CRA and director of the Senseable City Lab at the Massachusetts Institute of Technology: “Working with Eni, we tried to show circularity in a very tangible way, by developing a machine that helps us to understand how oranges can be used well beyond their juice. The next iterations of Feel the Peel might include new functions, such as printing fabric for clothing from orange peels”. 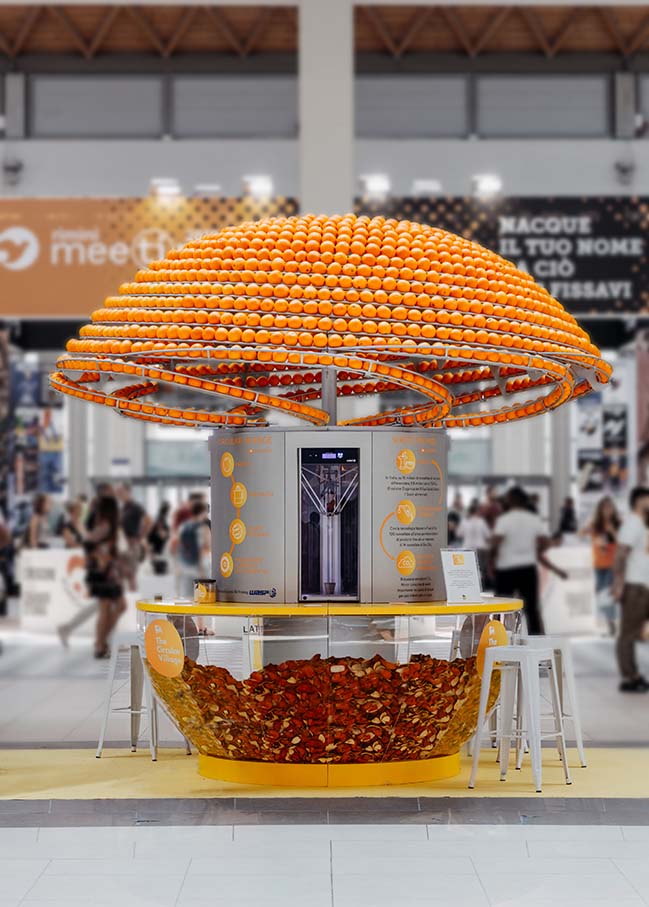 Visitors can experience the 3D printing process, which is integrated into the system: a concentric layering of the filament builds their cup right in front of them. The mixture is used after a meticulous weighing and balancing of the ratio between orange dust and PLA. 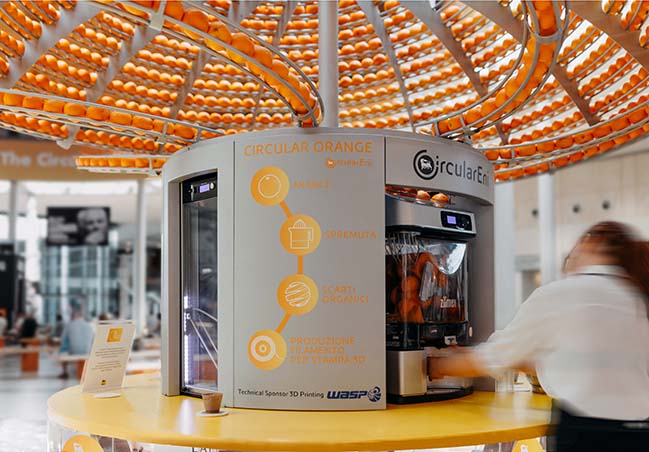 This project continues a series of collaborations between CRA and Eni that explore circularity and design with different materials. Among the previous projects, the prize-winning Circular Garden at Milan Design Week 2019 used mycelium from mushrooms as a recyclable building material, and the circular restaurant at the 2018 Maker Faire in Rome explored how Solid Urban Waste (FORSU) from food processing such as frying oil was used to produce a second generation biofuel and polystyrene was recycled for use in the heat insulation sector. 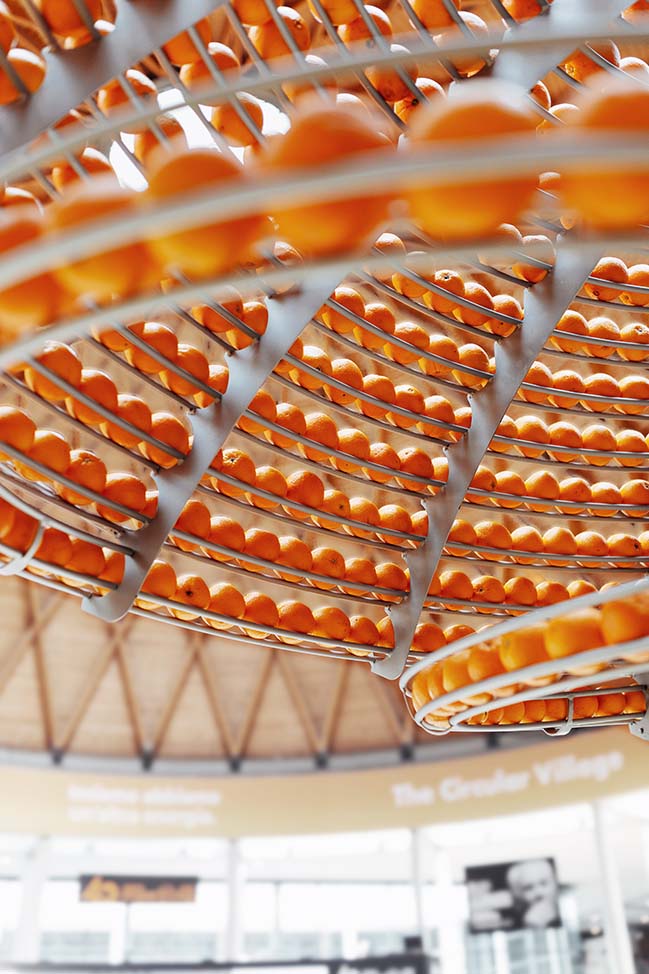 After a preview show at Rimini’s 40th Meeting for friendship among peoples in late August, the Circular Juice Bar will be installed at the Singularity University Summit in Milan on October 8th and 9th, 2019, and at Ecomondo Rimini, the leading event in Europe for the new models of circular economy, in early November. 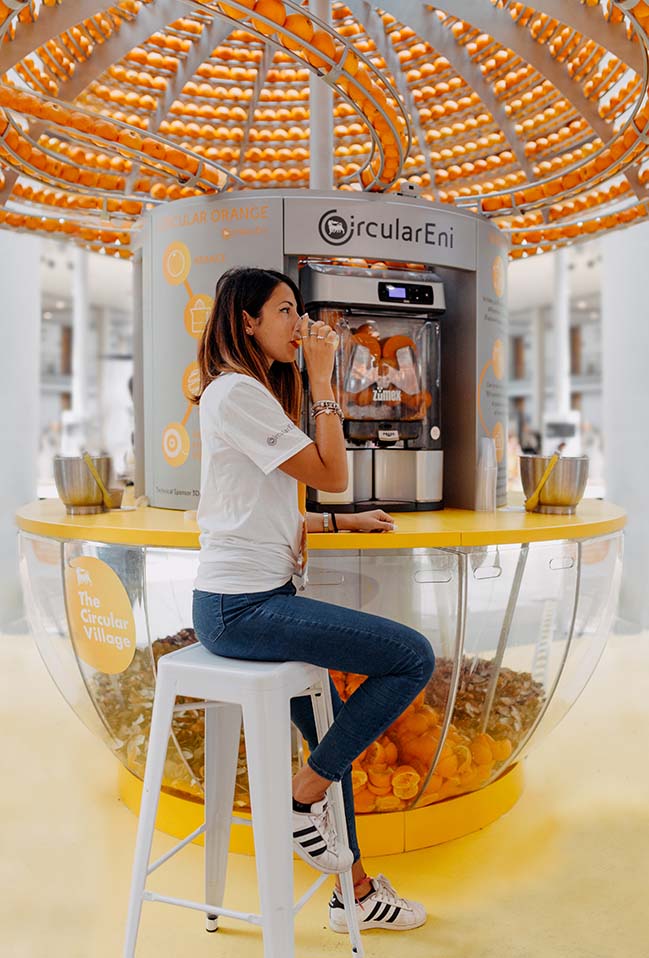 > YOU MAY ALSO LIKE: Carlo Ratti Associati unveils future urban highways of Paris in 2050 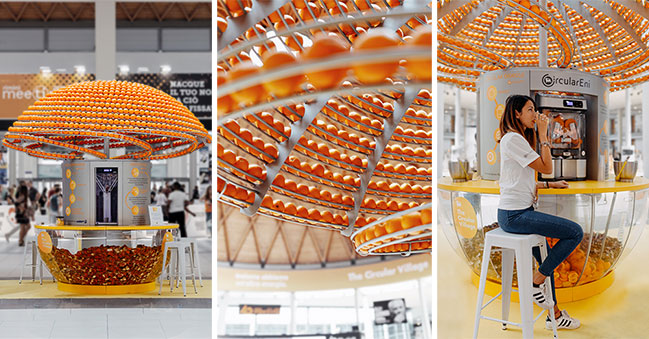